17 Men Who Need To Delete Their LinkedIn Profiles Immediately 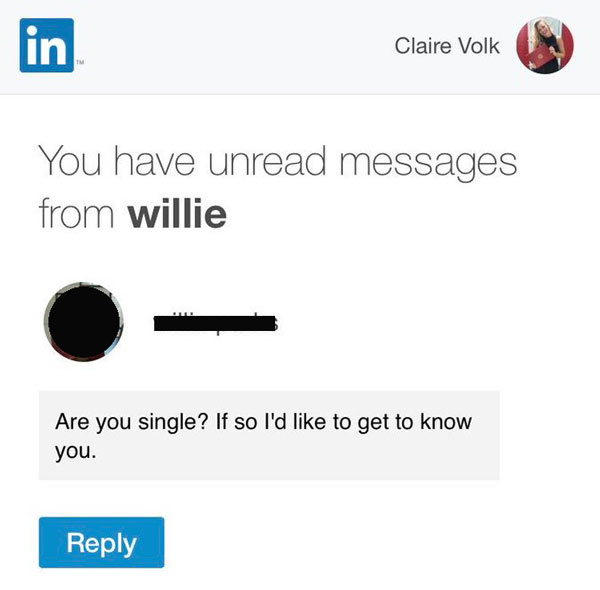 #2 BUT NOT ROMANTICALLY OR SEXUALLY. 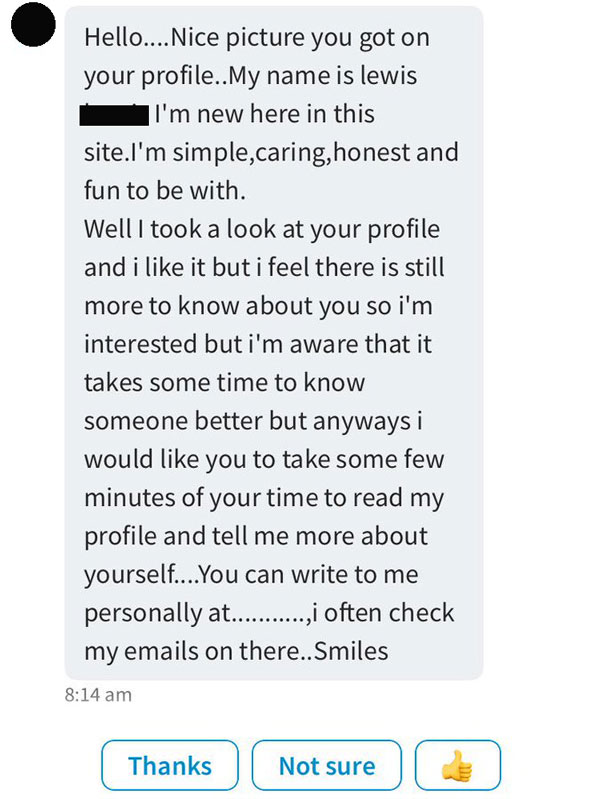 #3 LinkedIn describes itself as a professional networking site, so please tell me, what’s so professional about the message below? 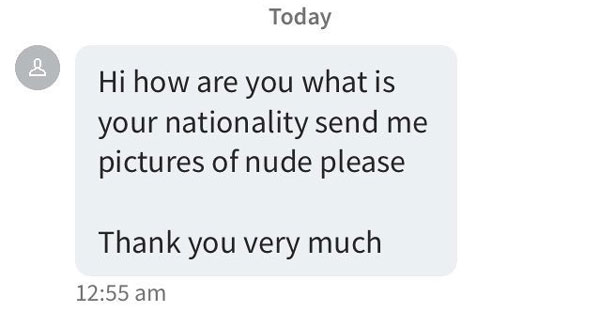 Since when did LinkedIn turn from a business platform to a dating site ??!
DaniWhittaker_x / Via twitter.com

#4 It just comes off as creepy, my dude.

#5 Some of y’all are doing TOO DAMN MUCH on that site. 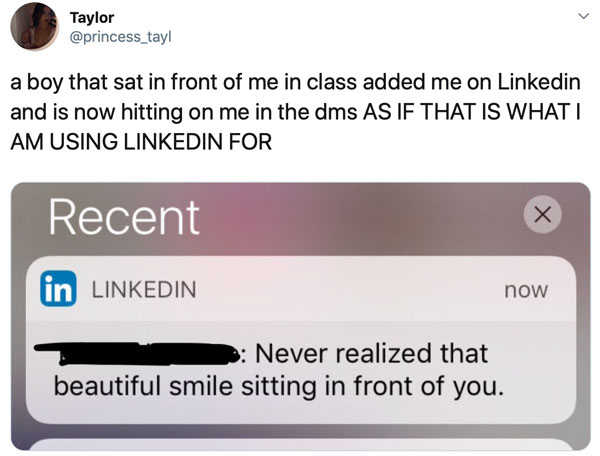 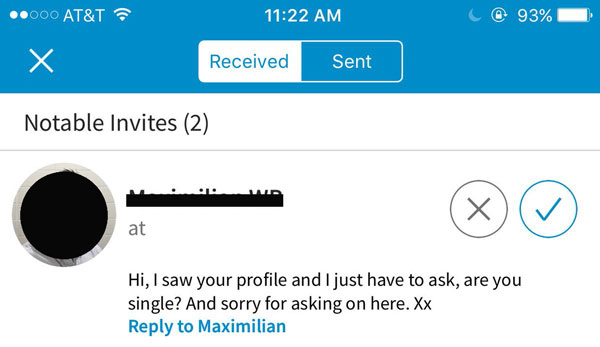 #7 You do know Tinder exists, right? And Hinge. And Bumble. Although, this message still wouldn’t fly there either. 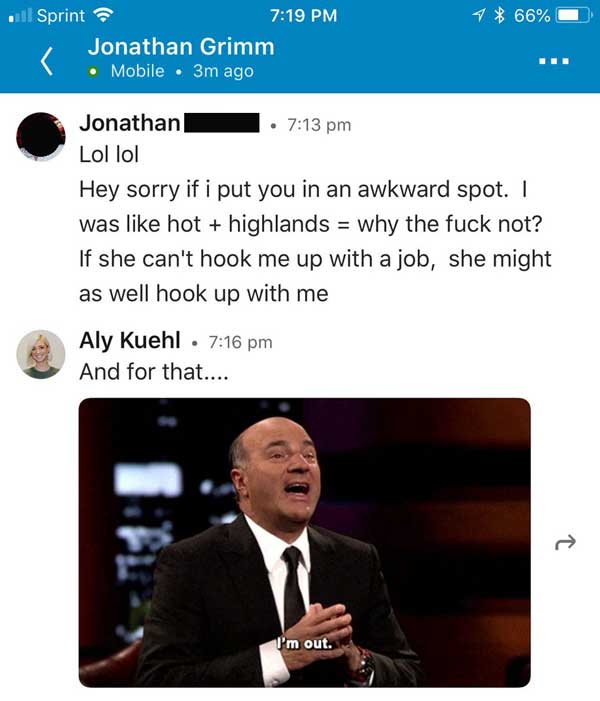 Listen, I’m not saying I know everything about social media, but last I checked LinkedIn was for sure not a dating app…
thatskuehl / Via twitter.com

#8 People aren’t listing their job experience and then looking for unsolicited flirting. There is a time and place, Daniel. 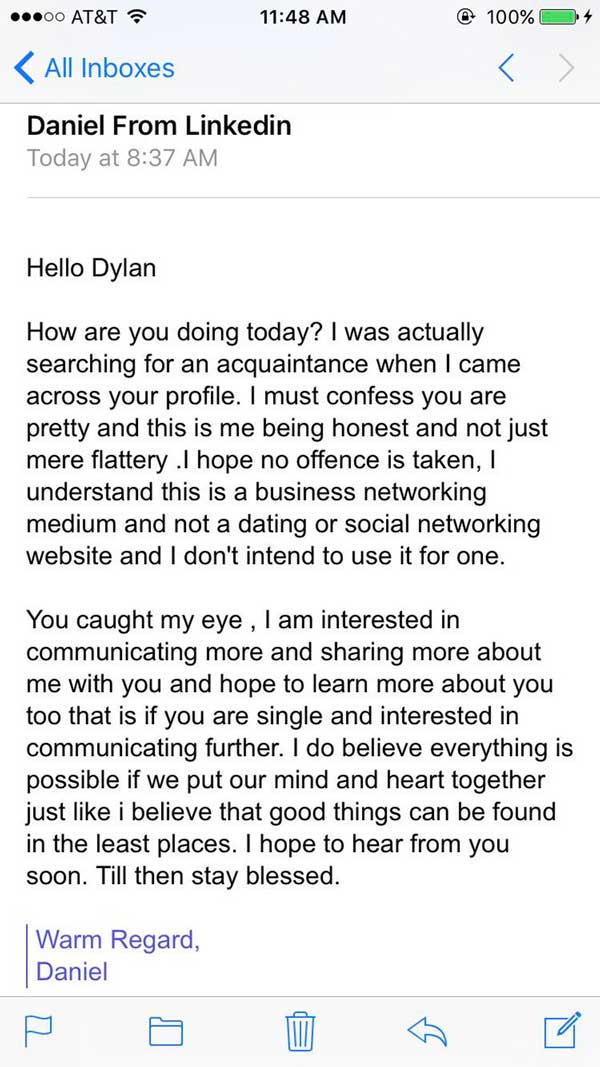 #9 Like you really, REALLY don’t need to do this. 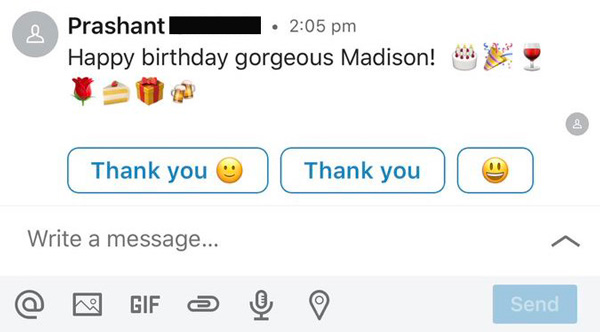 #10 Use your time and energy doing something more productive, like learning how to have a normal conversation. 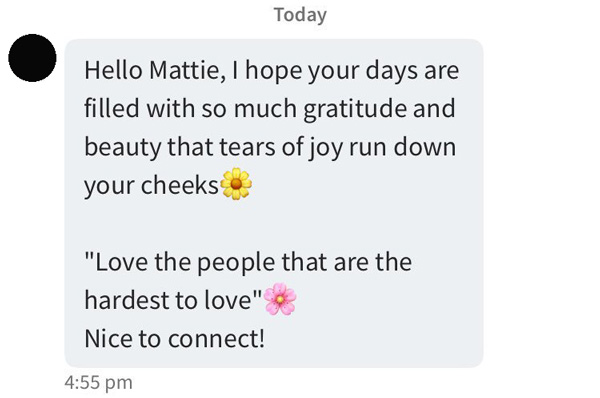 #11 People are out here just trying to land themselves a job and y’all are out here commenting on their photos instead. 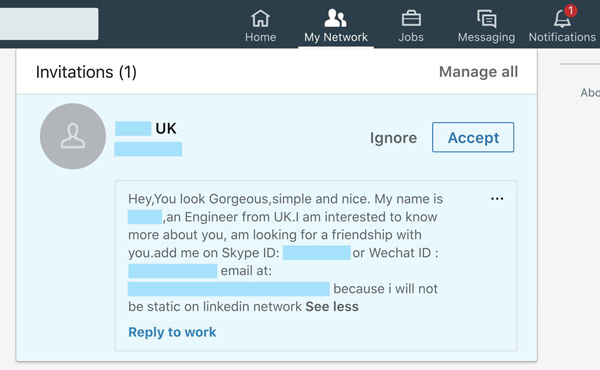 #12 This post comes to no surprise to the countless people who receive these messages ALL the time via text, dating app, LinkedIn, and carrier pigeon. 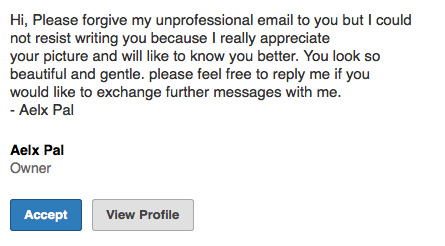 #13 I’m by no means a LinkedIn representative, but it bears repeating: LinkedIn. Is. Not. A. Dating. Site. 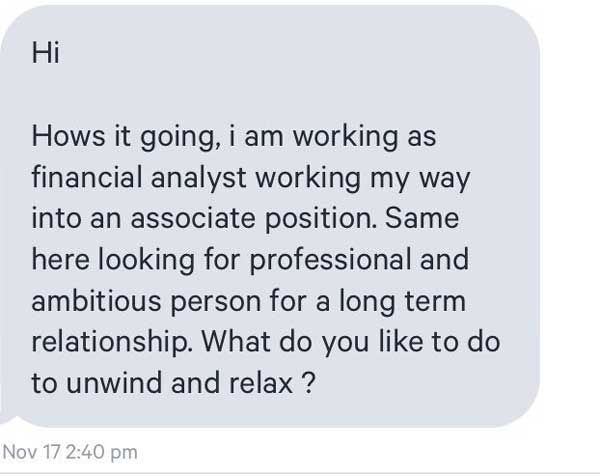 #14 If you’re guilty of using “mmmm” as a subject line for anything, you need to throw your phone in a river. 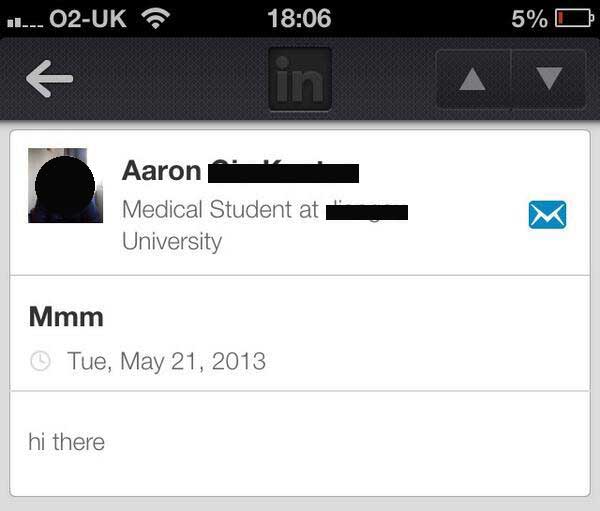 #15 Sure, you could argue, “Well it’s all about connecting with someone.” 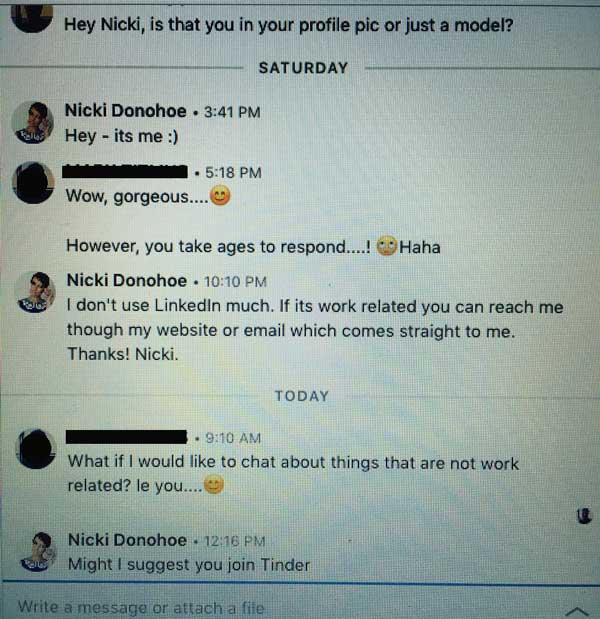 #17 Along with the rest of people just minding their business, thanks!! 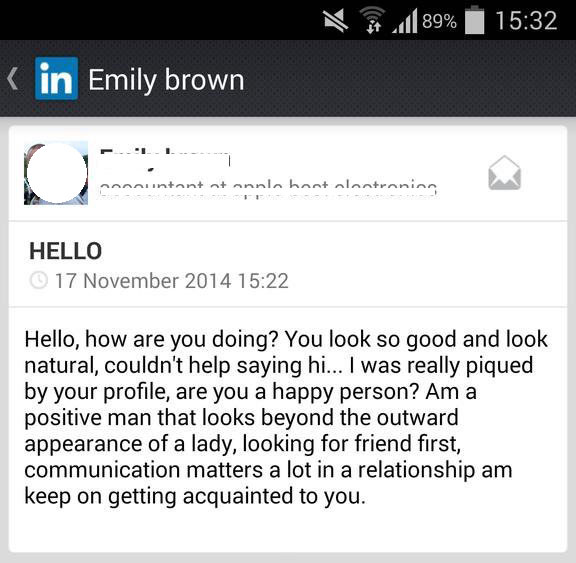