These guys are keepers.

#1 The boyfriend who woke his girlfriend up with a surprise
My bf was slow cooking ribs and I guess they were done in the middle of the night. So this man wakes me up at 3 AM and goes “here babe, I brought you a rib.” So we sat in bed and ate ribs. I’ve found my soulmate.
KacieRaulerson / Via twitter.com 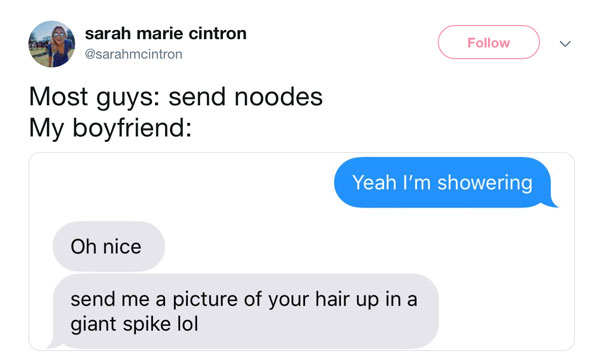 #3 The boyfriend who selflessly risked it all for his true love
While watching a movie with a boyfriend’s family I fell asleep. In the silence of the film I passed gas so loudly it woke me up- everyone heard it. That young man claimed the fart as his own- that’s when I knew he loved me. I married him. Today we celebrate 13 years together.
cydbeer / Via twitter.com

#4 The boyfriend who knew the perfect homing call to make
I lost my boyfriend in Walmart so i called him and he told me to hang up & id know where he was. You want to know what he did? He made a terradactyl noise & i heard it from across the whole store
redwhitendfree / Via twitter.com

#5 The boyfriend who was a true innovator 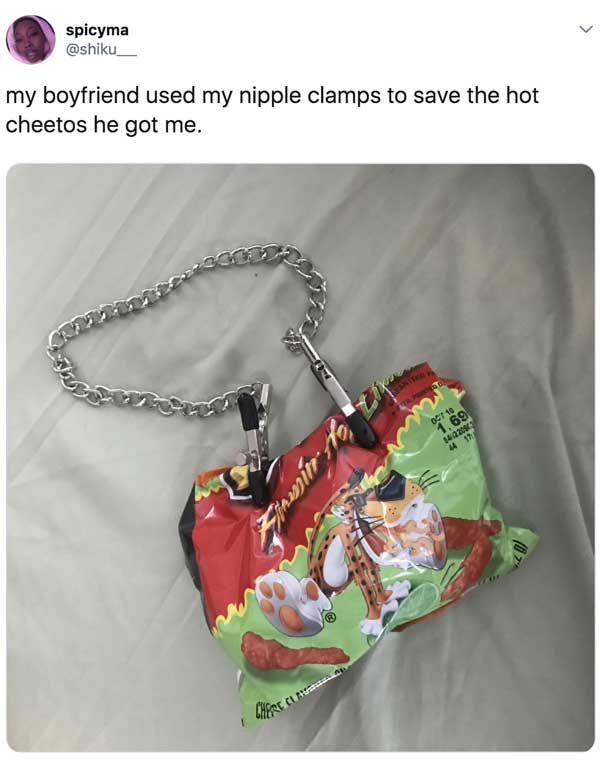 #6 The boyfriend who knew the right thing to say
Had a crush on Ben after seeing him in my class, strategically attended a party I knew he’d be at, approached him and said “hey, you’re in my psych class” and his drunk a*s responded with “yeah, you’re hot as fu*k” and now we are in love
SADAFZARGARPUR / Via twitter.com 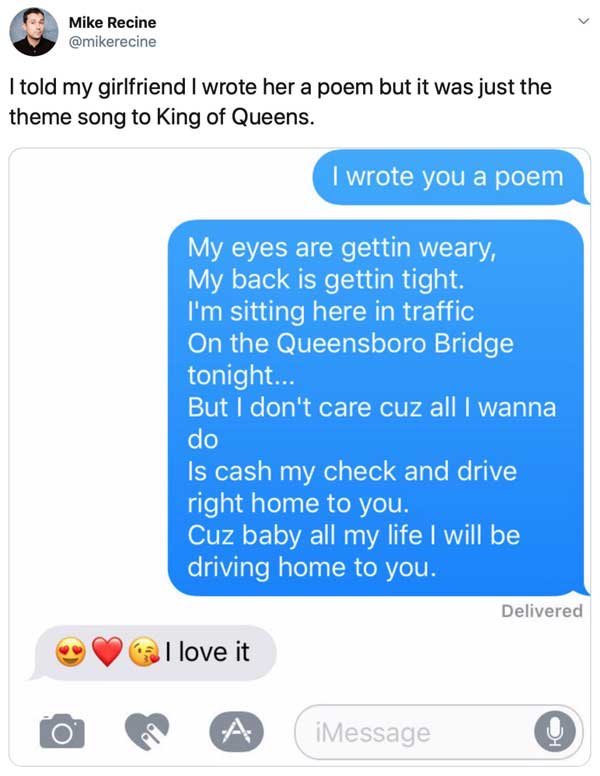 #8 This boyfriend who brought a token of his affection 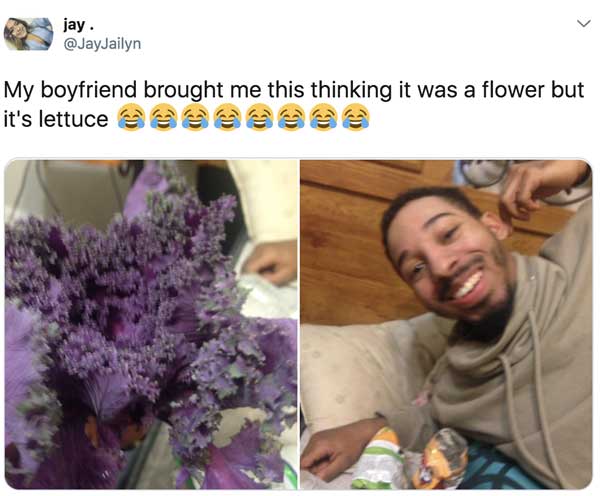 #9 The man who was willing to go the extra mile to prove his love
My man just FaceTimed me drunk as hell eating a slice of pizza while walking down the street and he goes YOU WANNA KNOW HOW PERFECT YOU ARE? LOOK AT THIS PIZZA… FOR YOU, I’LL DROP THIS PIZZA. IT’S GONE! and just threw the damn pizza into the street
kellyblaus / Via twitter.com

#10 The boyfriend who attempted to surprise his girlfriend
I hid under the bed to scare my boyfriend while he was in the bathroom and when he came out he saw I was gone and I watched him get all excited and run in the closet to wait and scare me. I was sitting under my bed crying laughing.
ElaineeGrace / Via twitter.com

#11 The boyfriend who brought his partner back a souvenir 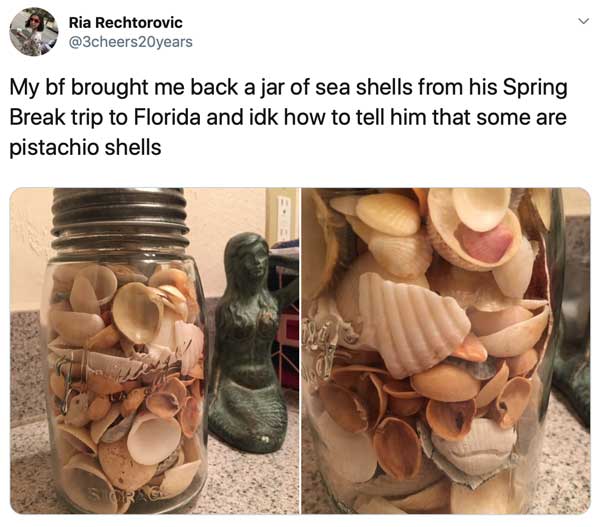 #12 The boyfriend who didn’t want to miss an opportunity
I asked my boyfriend for a kiss and he just looked at me & smiled then leaned in and said “you have a long hair on your chin can I pull it?”
SkyeTownsend / Via twitter.com 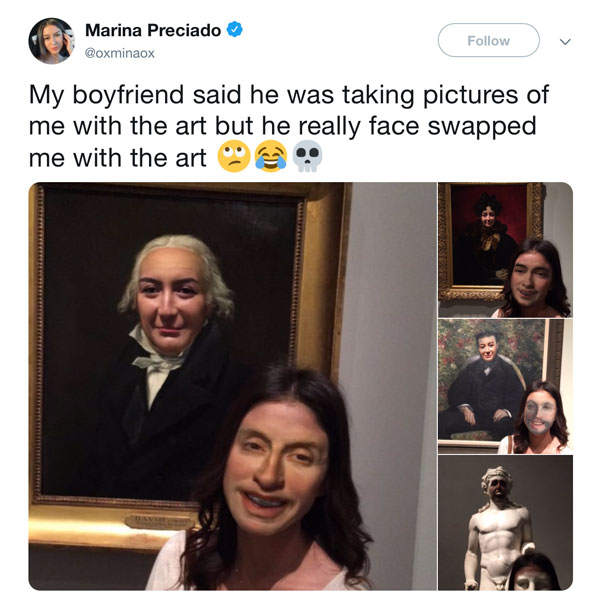 #14 The boyfriend who absolutely followed his girlfriend’s instructions 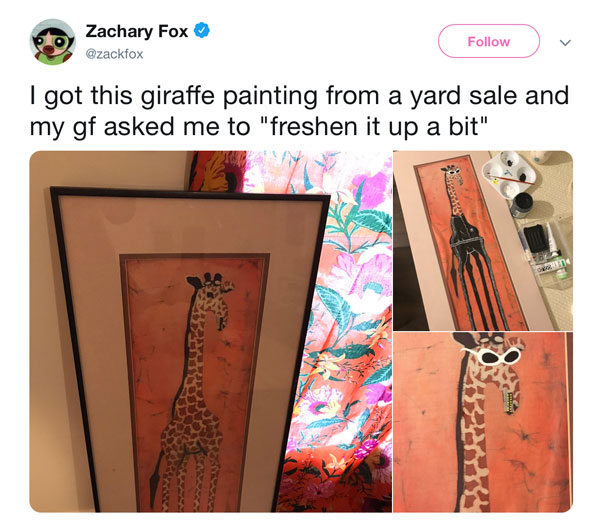 #15 The boyfriend who sent a romantic “good morning” text 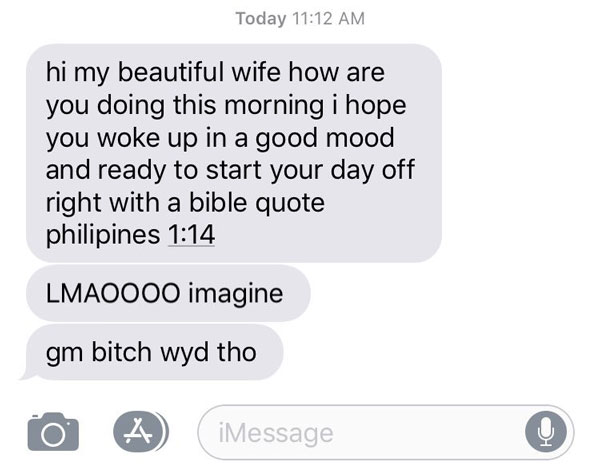 And the boyfriend who made this very sweet video

In the middle of having a heart to heart conversation my boyfriend unexpectedly sends me this screen recording… pic.twitter.com/wNlSbzAzNn