Not sure why you'd text me back when you knew you still had a boyfriend...

#1 This dude who was “trying to be nice” by sending an unrequested di*k video. 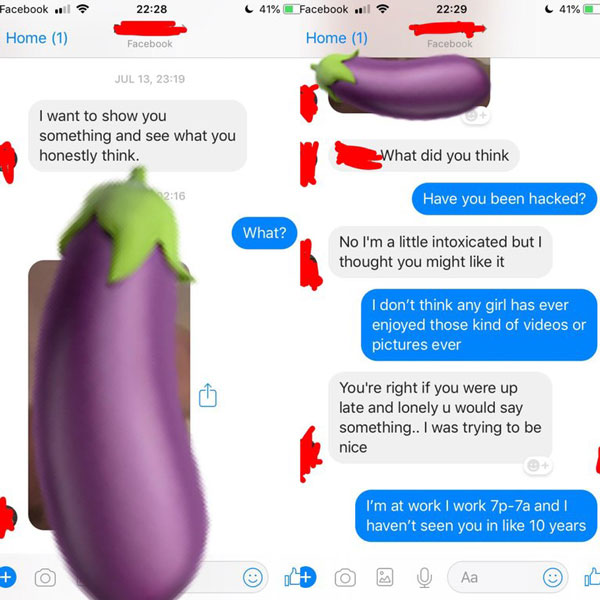 #2 This dude who calls everyone “babe” and, listen, IS A NICE GUY. 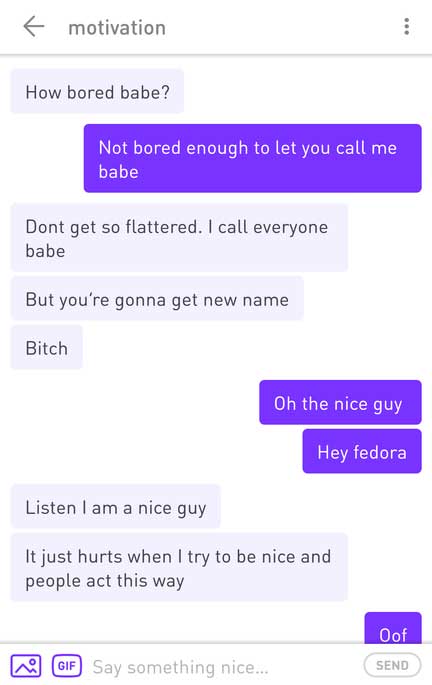 #3 This dude Zack on Bumble who can’t seem to fu*king muster the ability to not be a crazy person. 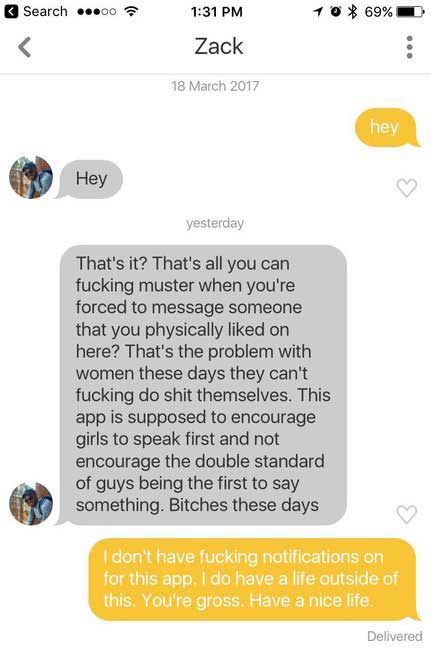 #4 This kind fella on Snapchat who thought his compliment deserved some sort of reward. 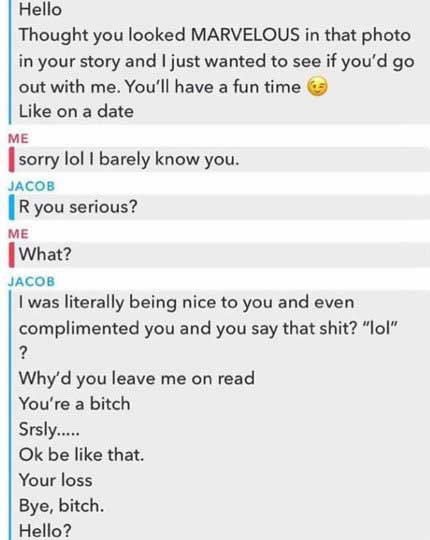 #5 This guy who literally asked why he couldn’t get a second chance AND called someone “worthless” WITHIN THE SAME TEXT MESSAGE. 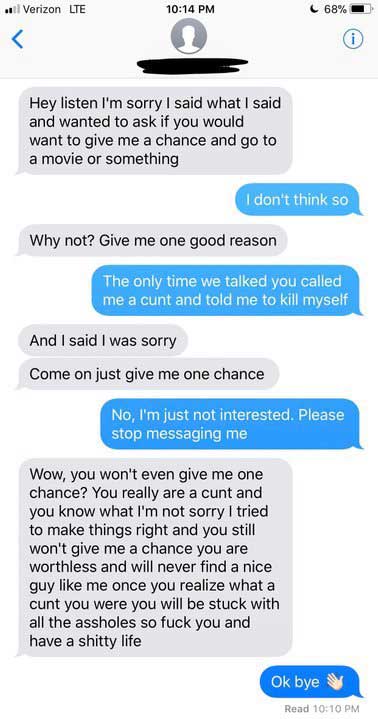 #6 This trying-to-be-nice guy who was shocked that someone didn’t want to be labeled his “gorgeous sunflower.” 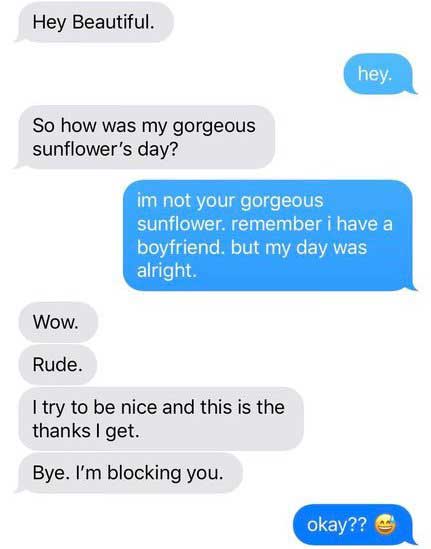 #7 This fella who would actually treat her right! 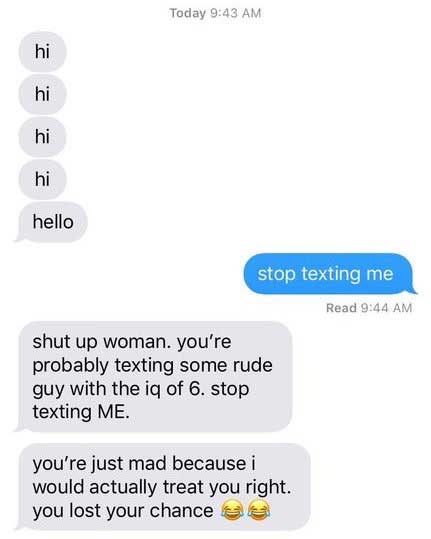 #8 This “pretty great guy” who no one would consider to be an a*shole. 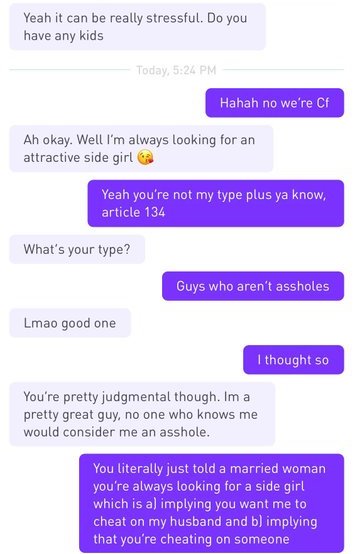 #9 This “nice guy” who should 100% have the police called on him immediately. 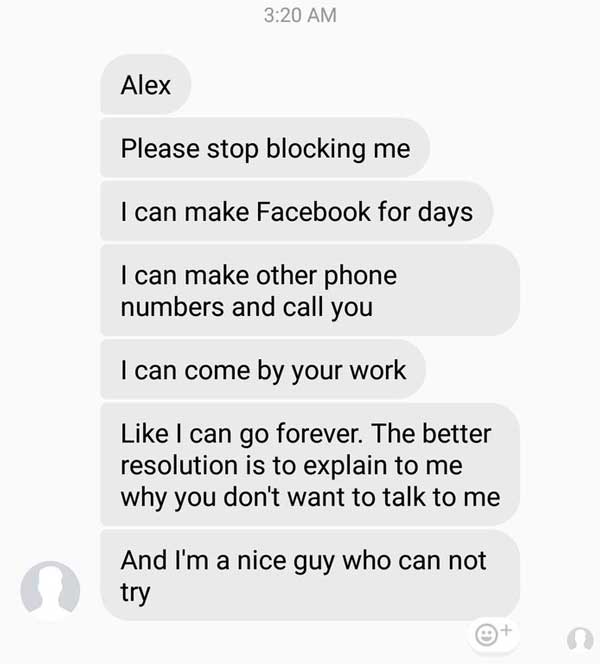 #10 This dude who would’ve complained if he didn’t get a text back but instead chose to complain because he did get cordial texts back, and he equated them to being led on. 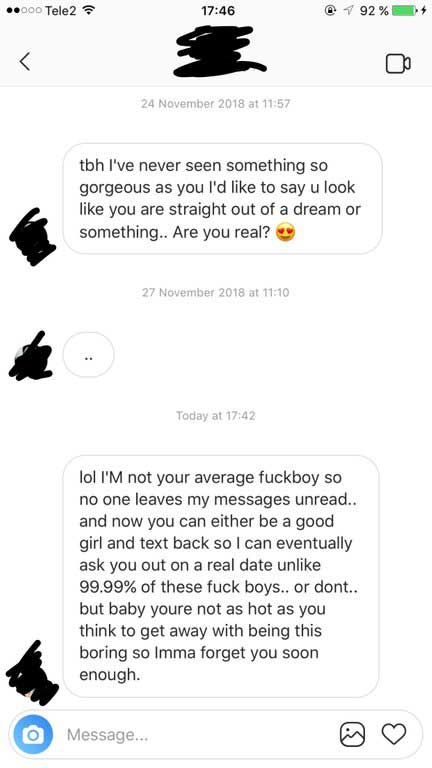 #12 This nice AND intellectual guy who shockingly can’t seem to understand why someone wouldn’t wait to date him. 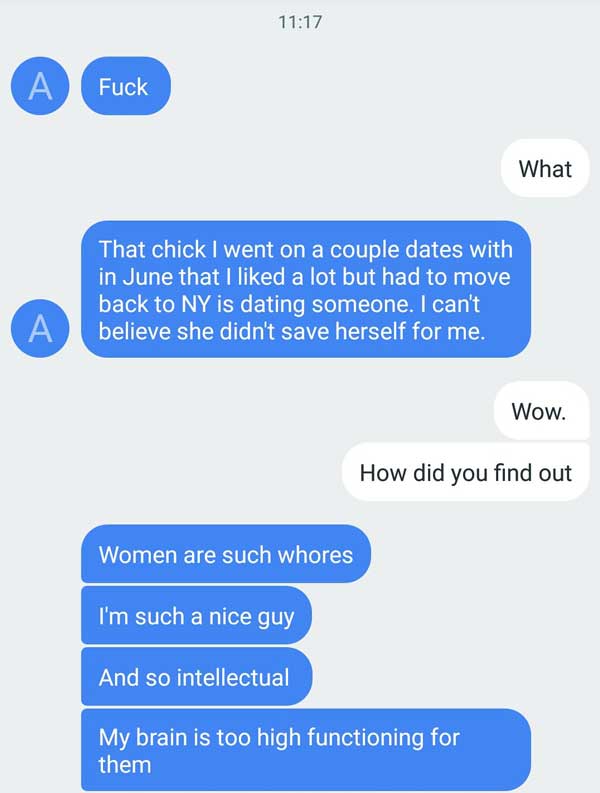 #13 This totally decent guy who was being given rides to work and thought that meant he deserved something more. 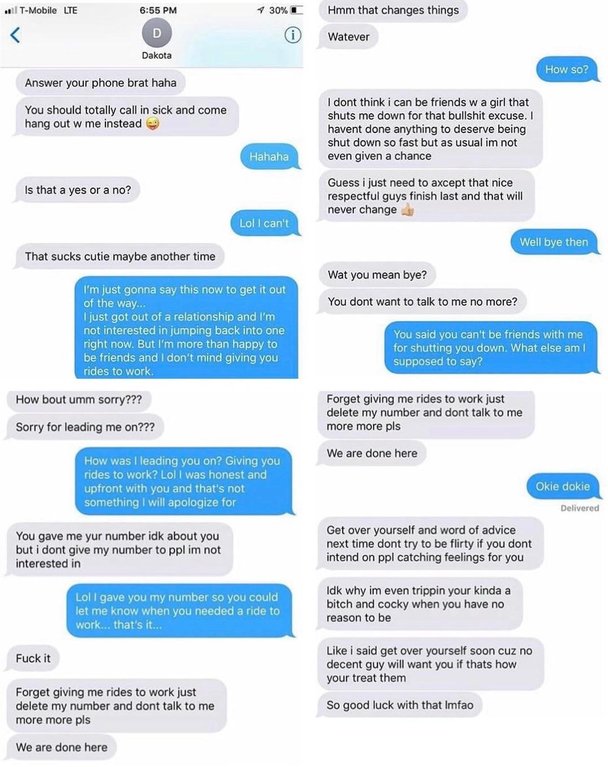 #14 And finally, this “nice guy” who at least got a lesson in how friendship works. 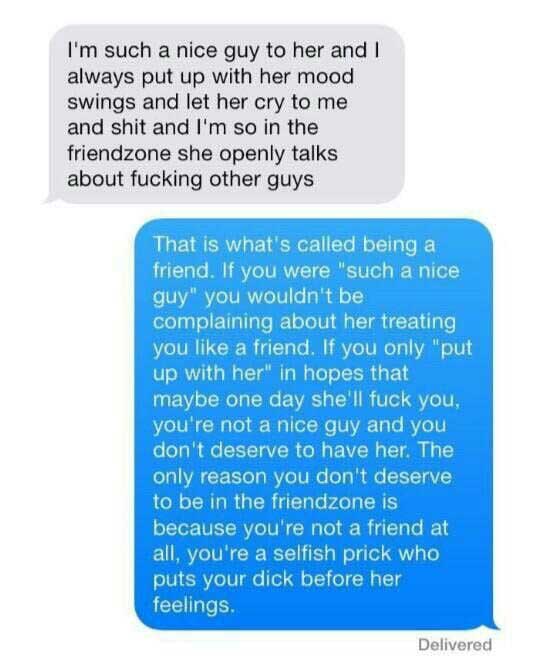