I love how men mock women for being overemotional and then lose their s*** over a team losing an over-glorified game of fetch.

#1 When Cosmo actually nailed it. 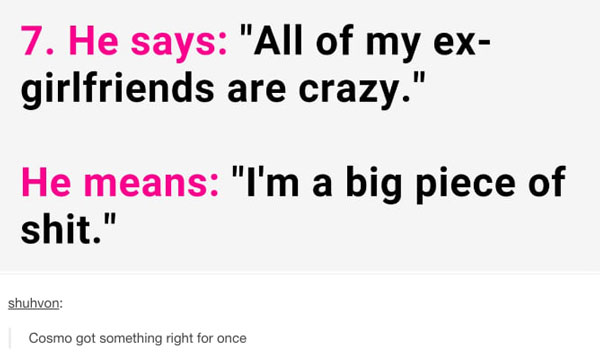 #2 When this annoying Tinder dude got scorched. 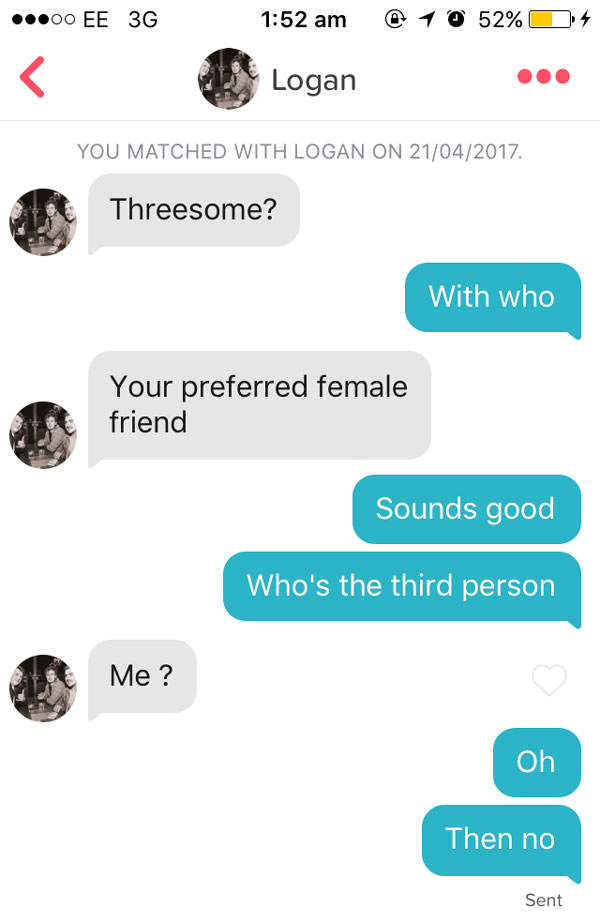 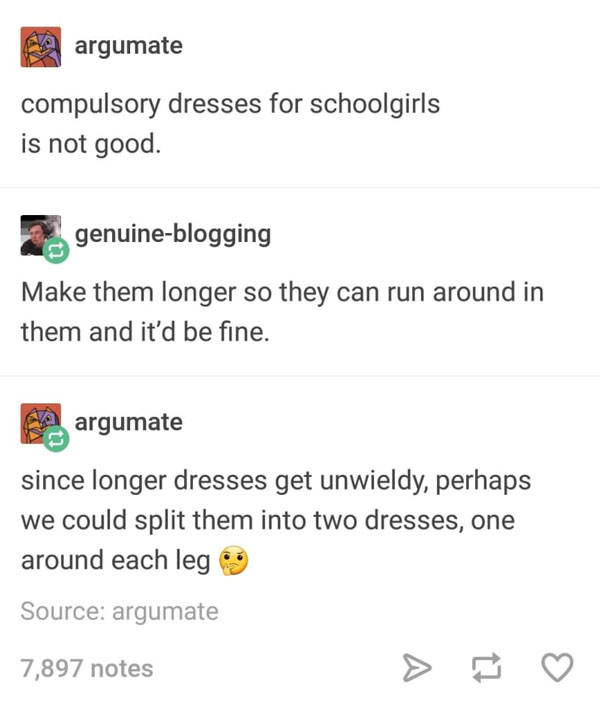 #4 When a 1970s feminist had the perfect response to a sexist ad. 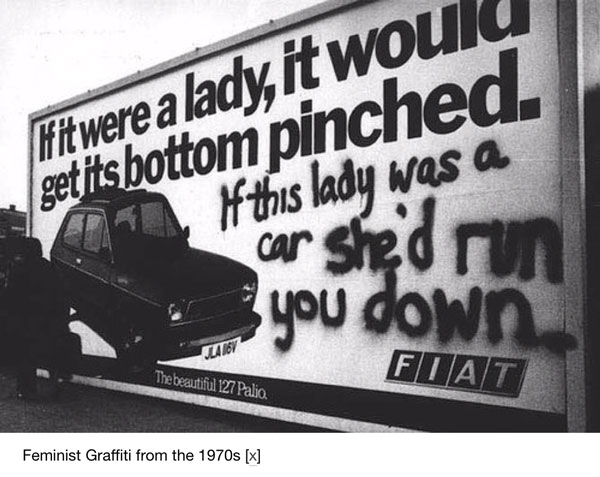 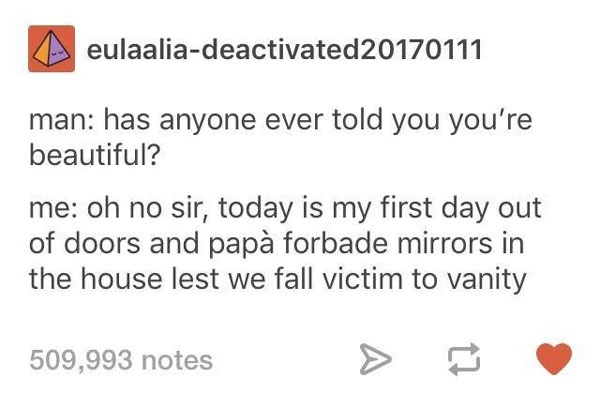 #6 When one woman shut down outside opinions about her body. 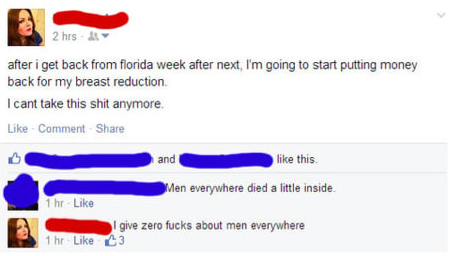 #7 When someone called out this dude’s hypocrisy. 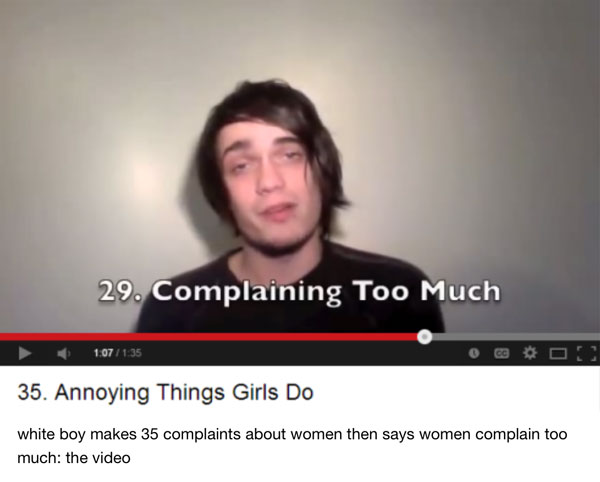 #8 When a “friend-zoned guy” was put in his place.

#9 When somebody actually tried the worst argument 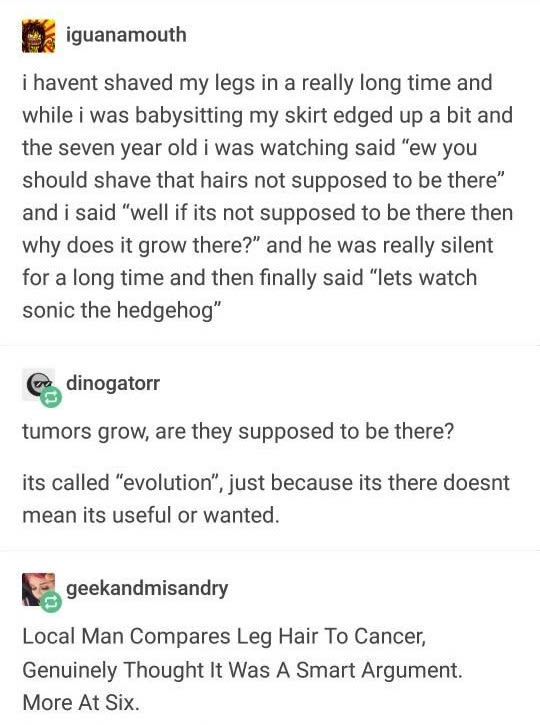 #10 When this guy was clearly in a school band. 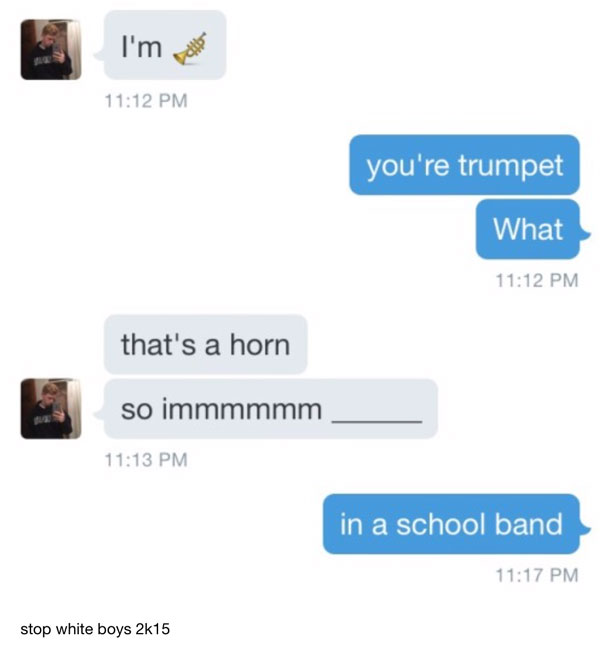 #11 When they pointed out who’s really overemotional. 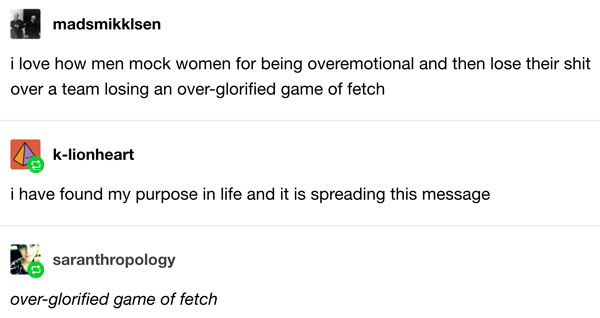 #12 When this hero called out ridiculous dress codes. 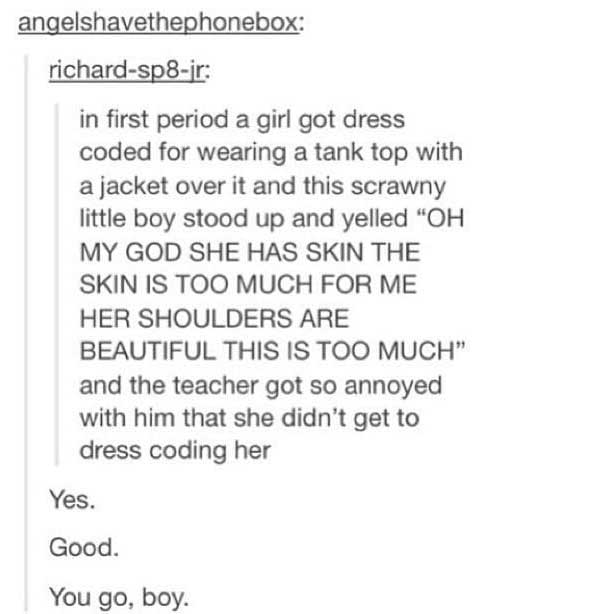 #13 When novelists’ descriptions of women were mocked, right along with Ed Sheeran lyrics

#14 When an “anti-feminist” got burned so bad you could feel it through the screen. 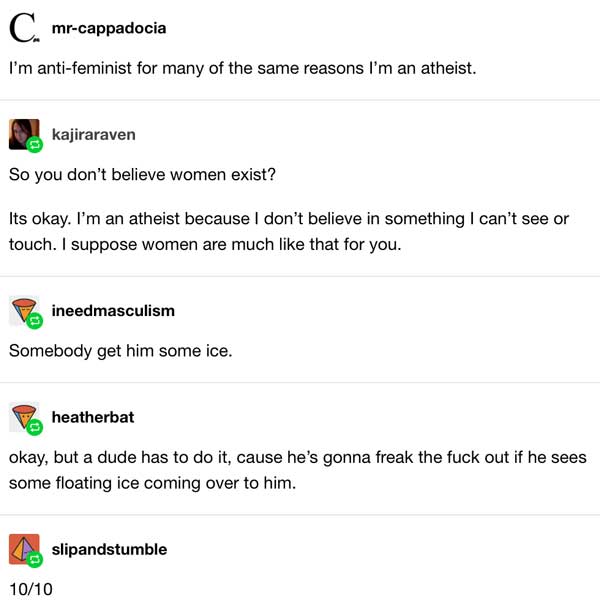 #15 When one girl got the last laugh. 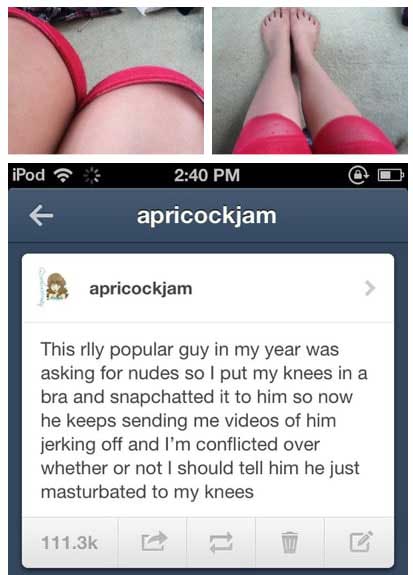 #16 When a “cat lady” served this epic takedown 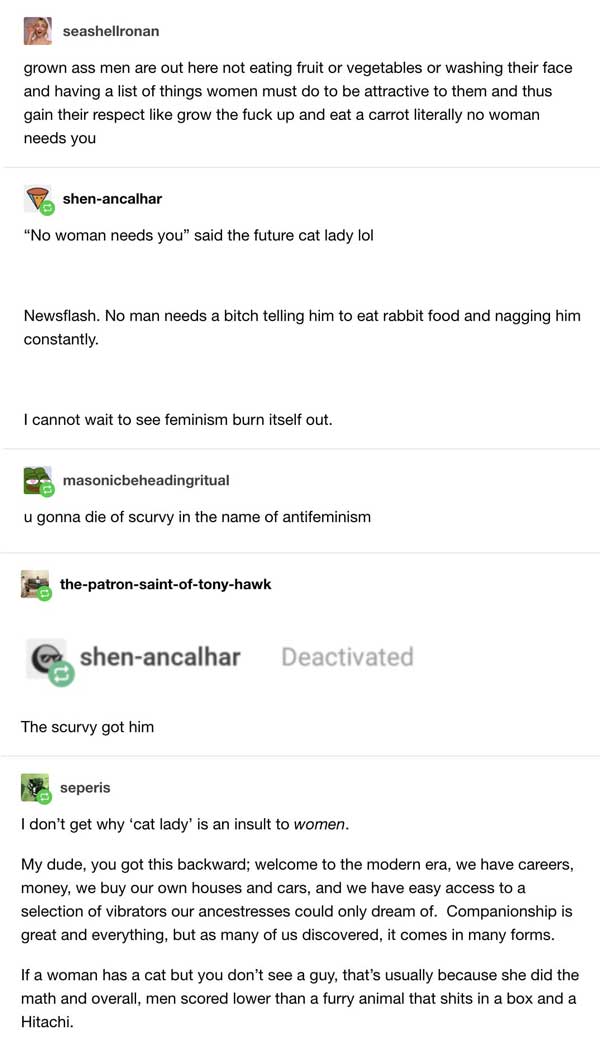 #17 When Carson needed to take a good, long look in a mirror, and not to take a selfie. 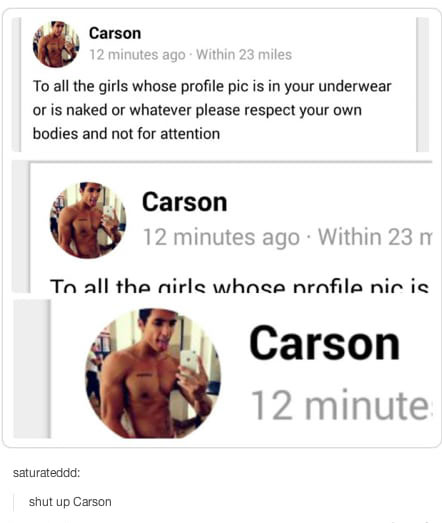 #18 When this thread had too many wins in one place. 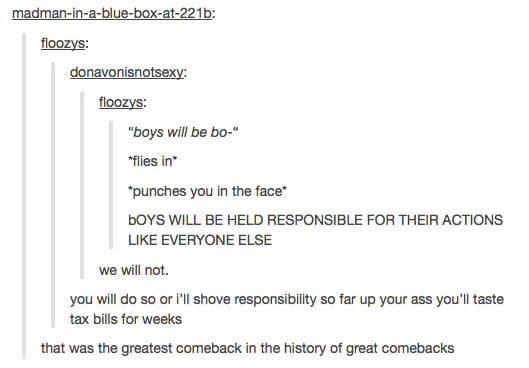