#1 First and foremost, if you aren’t mobile ordering, then what are you doing with your life?!
Pro Tip: you can mobile order even from *inside* the Starbucks and then you really don’t have to talk to anyone.
_chelsmoore / Via twitter.com

#2 And if you’re feeling very *bold,* use this seat grabbing *power move* tip.
Power Move Tip: get a seat at Starbucks first and then put in a mobile order to avoid lines and losing your spot.
archerbrinkley / Via twitter.com

#3 If you put milk in your coffee, then you should order a a smaller size in a larger cup. So, for example, a grande coffee in a venti cup. This way you’ll have plenty of room for milk and don’t have to pour any coffee out.
Life hack: ask for your grande Starbucks in a venti cup so you have room for milk – actually get a venti coffee cause you’re a genius
msannilange / Via twitter.com

#4 If you want to be a better customer, then you should order like this.
Pro tip: When ordering your drink from Starbucks, first state the size and if you want it hot or iced FIRST. Thx xoxoxo.
Rebbin_Ri / Via twitter.com

#5 You can order things “kid temperature” if you don’t want to burn the hell out of your mouth.
I was today years old when I found out you can order drinks at Starbucks at “kids’ temperature” (so you don’t burn your tongue off). This is a game changer.
MaryEllenGust / Via twitter.com

#6 There are different sized ice scoops. Know them.
Pro tip: starbucks uses ice scoops based on their cup sizes. you can order a yellow scoop of ice, which is the one they use for their small drinks, to avoid half a cup of ice
mirriiaammmm / Via twitter.com

#7 You can celebrate Christmas year-round with this hot chocolate hack.
Pro tip: you can ask for hot chocolate with 2 pumps of peppermint from starbucks year round and it tastes like Christmas in a cup year round
MeghannMarie13 / Via twitter.com

#8 You can basically drink a liquid Junior Mint with this hack. 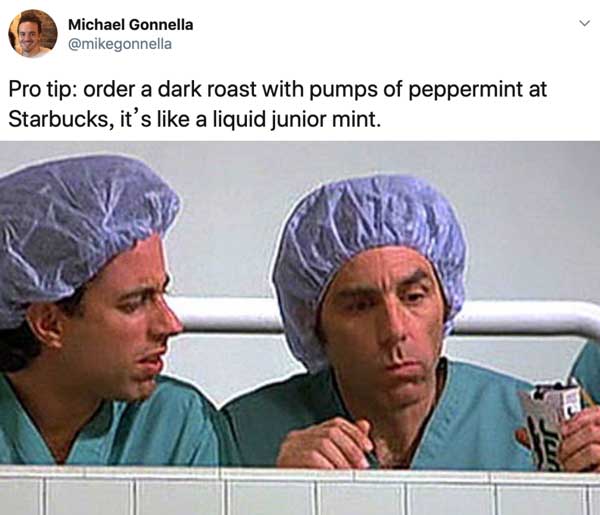 #9 If you’re Keto and still want your pink drink, try this. 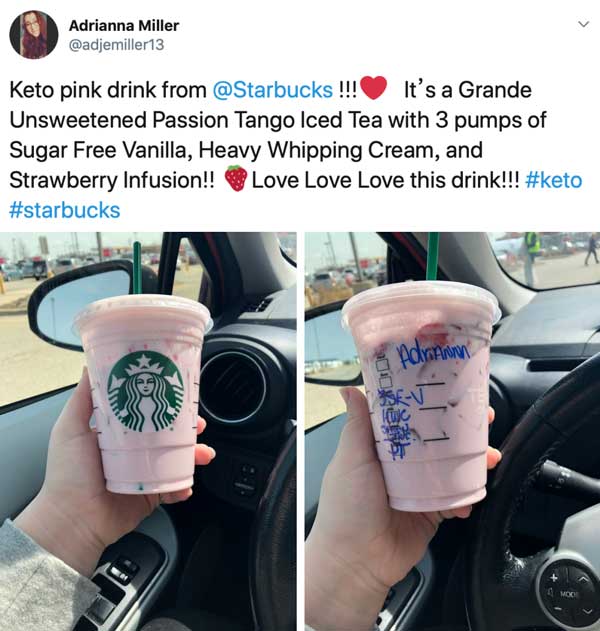 #10 If you like brownies, then try this.
Pro tip: a soy hazelnut hot chocolate from starbucks tastes just like a brownie
purppurl / Via twitter.com 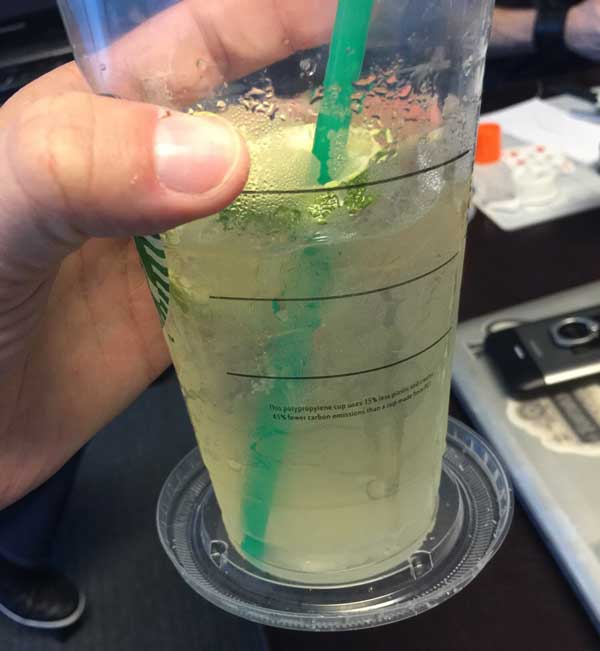 #12 Use your sleeve as a stabilizer. 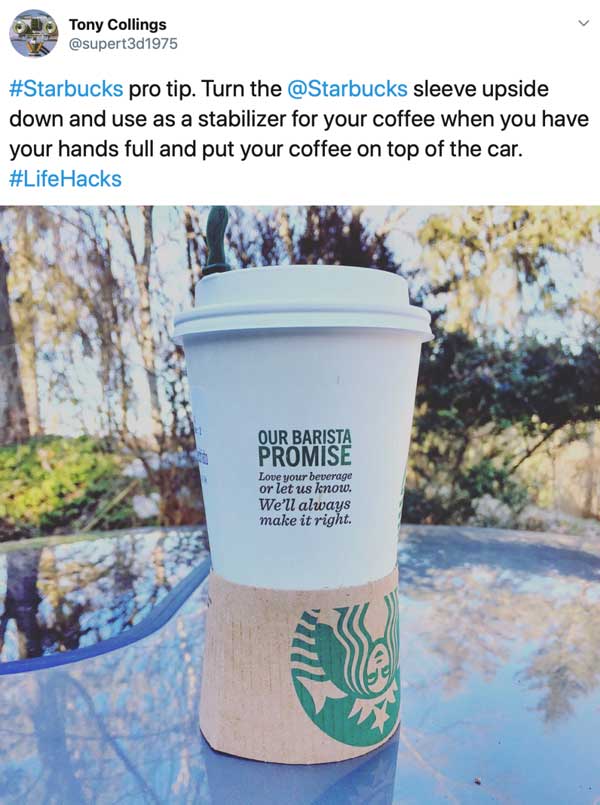 #14 In case you were wondering, an entire bottle of wine fits in a Trenta cup. 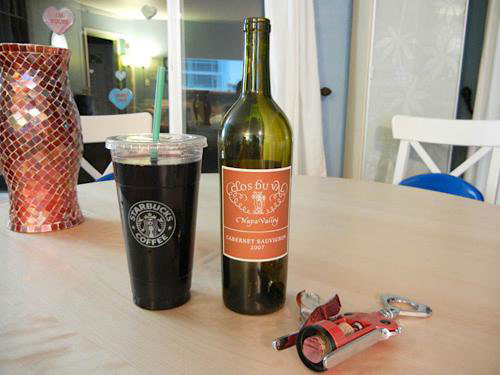 #15 The baristas do know best, so ask them what they usually get if you want to try something new.
Life hack: Next time you go to Starbucks ask for whatever the barista gets and you’ll get something totally unique and awesome. Trust.
gabrielleego / Via twitter.com

#17 To be honest, coconut milk makes most of the iced drinks better. 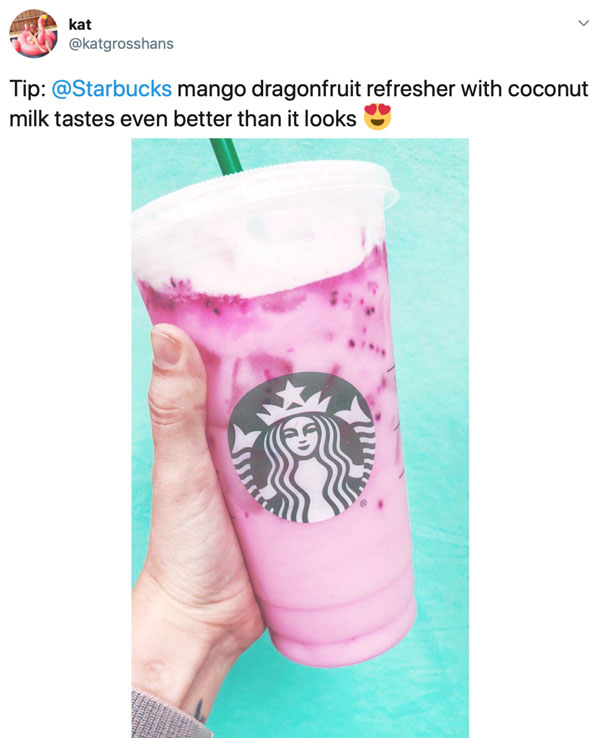 #18 If you like black milk tea, then get this.
life hack go to Starbucks order an iced black tea sweetened substitute water with soy milk and you got yourself a Black Milk Tea No Boba
Kelseyummm / Via twitter.com 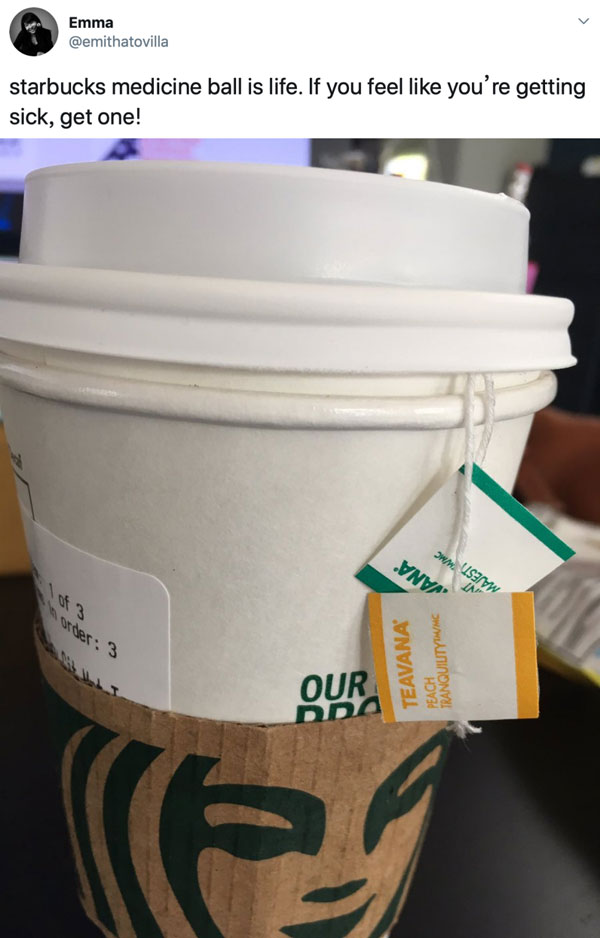 #22 If you want to get a mocha for cheaper, then do this.
Starbucks pro tip #1: get an iced coffee with mocha syrup in it…. it tastes just like an iced mocha but only cheaper
lexibooTwo / Via twitter.com

#23 Don’t crowd the counter and don’t be a di*k.
Starbucks pro-tip: crowding the counter doesn’t make your drink come faster
also thank your barista next time
tmchopra / Via twitter.com

#24 A little kindness never hurt anyone.
Dear people,
Please have mercy on all the Starbucks baristas our working their asses off today. If you go in and decide to order 10 kids hot chocolates, make sure to be patient and kind, and give a good tip. Merry Christmas all
kendollkearns / Via twitter.com

#25 Because you never know what perks could come your way.
Pro tip #4729: befriend your local Starbucks barista so they don’t charge you for the extra abundance of caramel you like on your macchiato.
KenzieFayyyyth / Via twitter.com