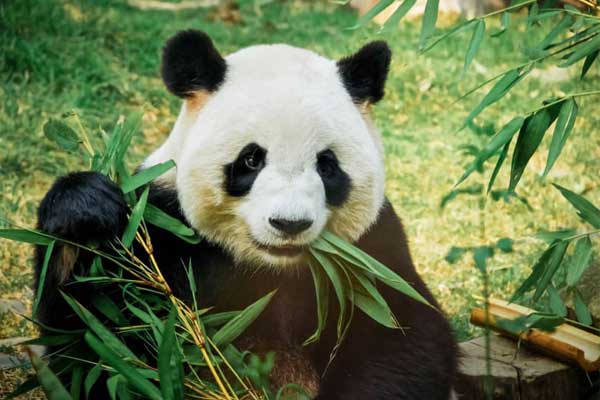 Nuno Tendais / Getty Images
They’ve been caught faking pregnancies in order to score extra food and more time in air conditioning from their zookeepers. The scammery!

#2 Eggplants contain nicotine.
But you’d have to eat 20 pounds of them in order to get the nicotine effect of a cigarette.

#3 Birds don’t pee.
They don’t even have a urethra to do it — everything goes out the booty.

#4 Flammable = inflammable.
They sound like they’d be opposites, but “flammable” and “inflammable” mean the exact same thing: easy to light on fire.

#6 Stars eat planets.
If a planet’s orbit comes too close to a star…game over.

#7 Avocados are berries.
While strawberries and raspberries are not.

#8 Lighters predate matches.
The match might seem like more primitive technology, but it actually was invented three years after the lighter.

#9 Fergie voiced Sally.
She’s one of two dozen performers who have lent their voice to Charlie Brown’s sister — her turn was in the ’80s, long before she was famous for her music.

#10 Jellyfish can evaporate.
They’re 98% water, so getting washed up on the beach is bad news.

#11 Whales get tans.
You’re not the only one getting a tan at the beach.

#13 Gold is edible.
But don’t eat your gold jewelry — it’s cut with lots of inedible metals.

#15 McDonald’s does weddings.
According to Business Insider, a McDonald’s wedding package will set you back anywhere from $373 to $1,290 — but they’re only available in Hong Kong for now!

#16 Saturn rains diamonds.
Scientists estimate about a thousand tons of diamonds rain down on Saturn every year — each up to a centimeter wide. Oh, and Jupiter rains diamonds too!

#17 Dolphins name themselves.
Dolphins have unique whistles — and their fellow dolphin friends will mimic that whistle to get their attention. Dolphin researchers believe this whistle is their version of having a name.

#18 Swearing relaxes people.
It might seem counterintuitive, but studies indicate that yelling a good “Fu*k!” can actually calm you down.

#19 Mangoes get sunburns.
It ruins a lot of crops!

#21 Sharks predate trees.
For about 50 million years, the world had sharks and no trees.

#22 Wombats poop cubes.
Wombats mark their territory with poop, and these little cubes stay in place better than your typical cylindrical sh*ts.

#23 Blood contains gold.
But before you get too excited: Most bodies contain just 0.2 milligrams of it. So don’t quit your day job!

China 2020 – 35 Million Men Won’t Find Wives
How Long Will We Run out of Helium?
95% of Paraguayans Are Mestizos
20 “Dangerous” Dogs Behind “Beware Of Dog” Signs