45 Of The Most Common “Game Of Thrones” Questions, Answered

Game of Thrones is a sprawling show with complex plots and A LOT of characters. So it’s no wonder viewers end up with a bunch of questions about it. Below are the most commonly Googled questions about the show – complete with answers, all in one handy place.

Most asked questions about Daenerys: 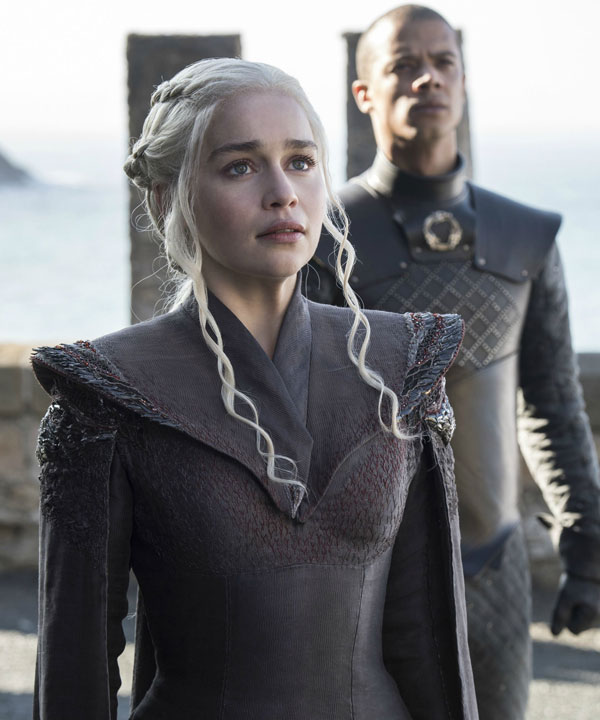 #1 How are Jon Snow and Daenerys related?
The short answer is: Daenerys is Jon Snow’s aunt. Jon is the son of Rhaegar Targaryen and Lyanna Stark. Rhaegar is Daenerys’ much, much older brother, who actually died before she was even born. Here’s an in-depth look at Jon and Dany’s family history if you want to learn more.

#2 Who is Daenerys Targaryen’s mother?
Daenerys’ mother was Rhaella Targaryen. We’ve never seen her on the show or even heard her really mentioned. Rhaella died giving birth to Daenerys (just one of the many things Dany and Jon have in common).

#3 Who is Daenerys Targaryen’s dad?
Daenerys’ dad was the Mad King himself, Aerys II – he’s the guy Jaime Lannister killed during Robert’s Rebllion. Aerys II was his wife Rhaella’s brother – the Targaryens really were super into incest.

#4 How old is Daenerys?
Dany is 17 when the show begins. It’s hard to say exactly how much time has passed since then, but I’d guess she’s now supposed to be in her early-to-mid 20s.

#5 Are Jon Snow and Daenerys cousins?
No! Once again, Jon is Dany’s nephew.

Most asked questions about Jon Snow: 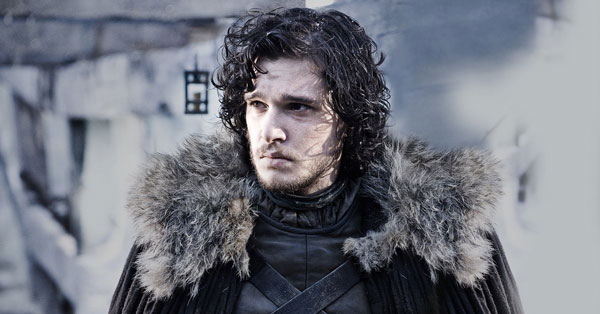 #1 How are Jon Snow and Daenerys related?
The short answer is: Daenerys is Jon Snow’s aunt. Jon is the son of Rhaegar Targaryen and Lyanna Stark. Rhaegar is Daenerys’ much, much older brother, who actually died before she was even born. Here’s an in-depth look at Jon and Dany’s family history if you want to learn more.

#2 Who is Jon Snow’s father?
Jon Snow’s biological father is Rhaegar Targaryen. But Ned Stark will always be his daddy.

#3 Who are Jon Snow’s parents?
As mentioned above: Rhaegar Targaryen and Lyanna Stark. Lyanna Stark was Ned Stark’s little sister. As we learned in Season 7, she and Rhaegar secretly married after Rhaegar had his first marriage, to Elia Martell, annulled. That means Jon is a legitimate Targaryen.

#4 When does Jon Snow die?
Jon is murdered by his traitorous Night’s Watch brothers in the Season 5 finale, “Mother’s Mercy”. He’s resurrected in “Home” – Season 6, Episode 2. Let’s hope he doesn’t die again in Season 8 (although he probably will).

#5 What is Jon Snow’s real name?
In Season 7 we learned that Jon’s real name is Aegon Targaryen.

Most asked questions about Tyrion Lannister: 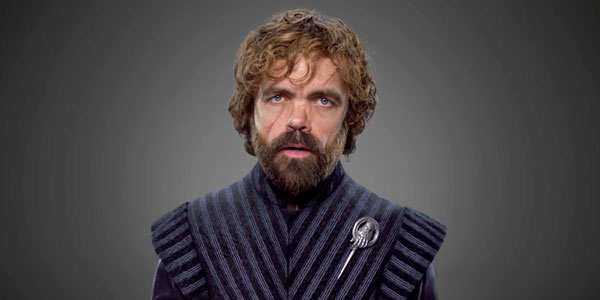 #1 Is Tyrion a Targaryen?
There’s a popular fan theory that Tyrion is secretly a Targaryen. Personally I don’t see this happening – it would be a bit repetitive, given Jon’s plot, not to mention weaken one of the most fascinating aspects of Tyrion’s own story – his fraught relationship with Tywin.

#2 Why did Shae betray Tyrion?
Shae feels betrayed by Tyrion. She’s jealous of what she perceives as his attraction to Sansa, and when Tyrion sends her away for her own safety, he has to say some pretty nasty things in order to convince her to leave. The problem is, Shae believes them, and turns on Tyrion as a result.

#3 Why did Tyrion kill Shae?
Tyrion killed Shae in a moment of rage. She had betrayed him. Her testimony at his trial, in which she twisted all the loving moments of their relationship and used them against him, broke him. The final straw for Tyrion was seeing her in Tywin’s bed, and hearing her call Tywin her “lion”.

#4 When does Tyrion kill Tywin?
Tyrion kills Tywin right after murdering Shae – in the finale of Season 4, “The Children”.

#5 Is Tyrion a Lannister?
Yes, I believe so. Out of all of Tywin’s children, Tyrion is arguably the most Lannister – the most like Tywin. Tywin was just too prideful to recognise it.

Most asked questions about Cersei Lannister: 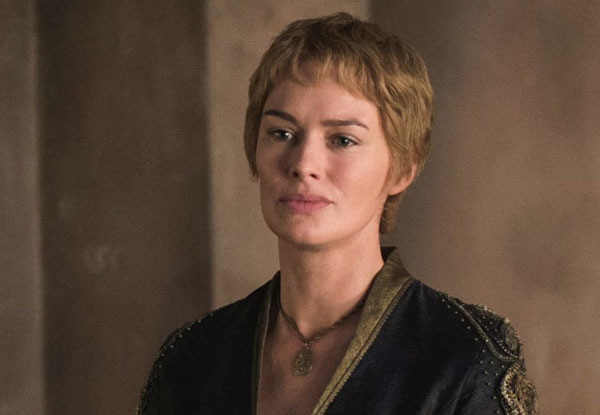 #1 Is Cersei pregnant?
Cersei revealed she was pregnant in Season 7. Some fans believe she’s lying, but I do think she actually is pregnant. She probably won’t have the baby, though.

#2 Is Gendry Cersei’s son?
No! There’s a popular fan theory that he is, but I really don’t think so.

#3 When does Cersei blow up the sept?
Cersei blows up the Sept of Baelor in the Season 6 finale, “The Winds of Winter”.

#4 When does Cersei die?
Season 8, presumably – we’ll have to wait and see.

#5 How old is Cersei?
In the current show, Cersei is in her early 40s.

Most asked questions about Sansa Stark: 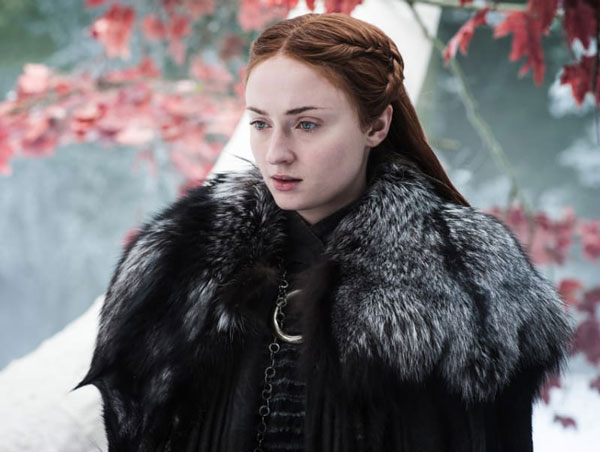 #1 What did Ramsay do to Sansa?
Ramsay rapes and tortures Sansa; physically, emotionally and psychologically abusing her. We don’t get all the nitty gritty details – which is frankly a good thing.

#3 Who does Sansa marry?
Sansa is first forced to marry Tyrion Lannister, although the marriage was never consummated. Sansa is later forced to marry Ramsay Bolton, who she executes after the Battle of the Bastards in Season 6.

#4 Is Sansa pregnant?
Definitely not.

Most asked questions about Arya Stark: 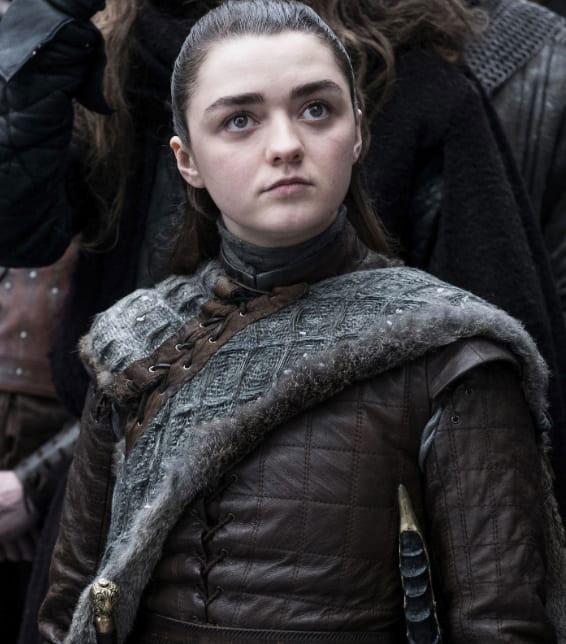 #2 When does Arya kill Walder Frey?
Arya kills Walder Frey in the Season 6 finale, “The Winds of Winter”.

#4 Who is on Arya’s list?
Arya’s list has changed a lot over the seasons as people died or she lost her murderous rage against them. At one point, her list was: “Cersei Lannister, The Mountain, The Red Woman, Beric Dondarrion, Thoros of Myr, Ilyn Payne, The Hound, Walder Frey, Meryn Trant, Joffrey, Twyin Lannister, Polliver.” She took the Hound off the list, and likely also removed Thoros and Beric – and perhaps Melisandre? The only ones who are definitely still on it (and alive and in the show) are Cersei and the Mountain.

#5 Why does Arya want to kill the Mountain?
Aside from knowing he’s a really bad dude, Arya personally hates the Mountain because he kept her, Gendry and Hot Pie prisoner at Harrenhal. Especially because he was the one who selected a new prisoner each day to be tortured and killed.

Most asked questions about Bran Stark: 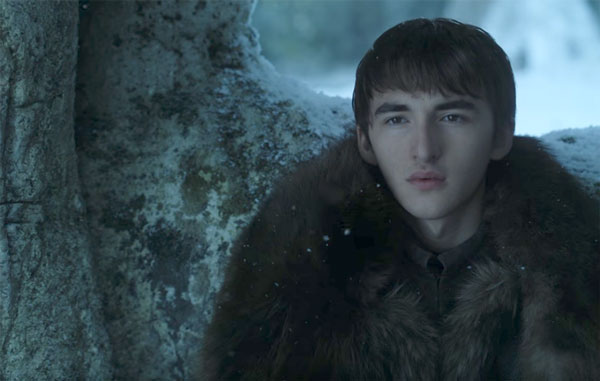 #2 Who tried to kill Bran?
In Season 1, Jaime Lannister obviously tried to kill Bran by pushing him out of the window. An assassin later arrives to finish the job, and at the time we’re meant to believe it was Jaime and/or Cersei who put him up to it. But as we later find out, Littlefinger was involved. Whether it was he alone that ordered the assassination or someone else was involved – perhaps Joffrey, as in the books – remains unclear.

#3 What does Bran say to Littlefinger?
This question is presumably about what Bran says to Littlefinger after Littlefinger gives him the catspaw dagger used in the assassination attempt against him. Bran says “chaos is a ladder” – he’s quoting something Littlefinger said to Varys in Season 3, indicating he’s been watching him in the past.

#4 Why does the Night King want Bran?
We don’t really know for sure, beyond Bran becoming the Three Eyed Raven i.e. someone who might actually be able to defeat the Night King. We should hopefully learn more about this in Season 8.

#5 Is Bran’s direwolf alive?
No. Bran’s direwolf, Summer, was killed by wights during the attack on the Three Eyed Raven’s cave in Season 6. Ghost and Nymeria are the only direwolves currently alive.

Other most common questions: 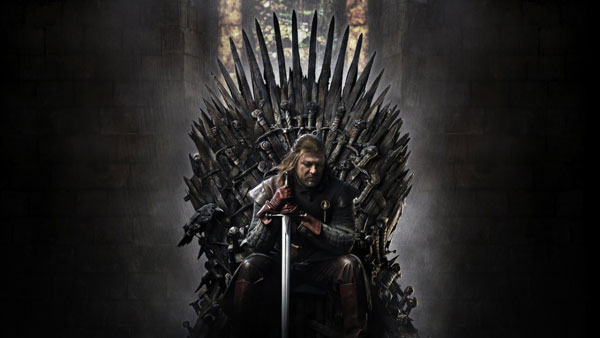 #1 Who will sit on the Iron Throne?
I think it’ll likely be Jon and Daenerys’ future child.

#2 Why didn’t the White Walkers attack Sam?
Honestly this question still haunts me, but the most likely explanation for Sam escaping the Walkers at the end of Season 2/beginning of Season 3 is that they didn’t see him. I guess he’s really good at hiding.

#3 How many White Walkers are there?
We don’t know. But we do know Craster sacrificed 99 sons to them, so, presuming they all got turned into White Walkers…there’s over 100, at least?

#4 What are White Walkers?
The White Walkers are all former humans who have been turned using magic. The first White Walker, the Night King, was turned by the Children of the Forest when they inserted a dragonglass dagger into his heart. Presumably the Night King himself then created the rest of the Walkers.

#5 What kills White Walkers?
Dragonglass or Valyrian steel. Although the Night King is likely different and harder to kill.

#6 What do the White Walkers do with the babies?
Turn them into more White Walkers, if the scene in which we saw them turn Craster’s last son is anything to go by.

#7 Who is Gendry related to?
Gendry is the son of Robert Baratheon, the nephew of Stannis and Renly Baratheon, and the cousin of Shireen Baratheon. All of whom are dead. He’s the last Baratheon that we know of.

#8 How are Ned Stark and Robert Baratheon related?
They aren’t, although they were both wards of Jon Arryn at the Eyrie so they grew up together. And Robert Baratheon was betrothed to marry Ned’s sister, Lyanna – but Lyanna ran away with Rhaegar Targaryen before Robert could marry her. It’s what kicked off Robert’s Rebellion.

#9 Are Jon Snow and Ramsay Snow related?
No. They both have the surname “Snow” because bastards aren’t given their father’s names like legitimate children are – they’re given the bastard name of their region instead. Bastards of the North are named Snow. Of course, Jon Snow isn’t a bastard of the North at all – but that was the story Ned used to protect his identity and his life. And Roose Bolton legitimises Ramsay so his surname becomes Bolton, too.

15 Tweets That Are Exactly What This World Needs Right Now
Scary Stories Told In Only Five Words.
Who Turned Down the Role of Han Solo?
What are some of the best comebacks to a teacher?