Here are some of the funniest and silliest stories of how people injured themselves in ridiculous ways.

#1
Attempting to adjust my bra, lost my grip, punched myself in the face.
Mighty_Fine_Shindig / Via reddit.com

#2
At a friend’s house out in the country. I was down on the carpet playing with their yellow lab, Boo. I was jumping around and Boo was jumping around and our heads collided. Boo’s teeth cut my nose really bad. There was blood everywhere. I still have a small scar. Boo ran out the dog door and didn’t come home for two days. He thought he thought he was in trouble. Boo and I remained friends, though. He was a good boy.
urbanek2525 / Via reddit.com

#3
One time I tried to fart while playing online poker really late while my girlfriend was asleep. About half of the fart came out before I realized more was on its way out too. I caught that before it was too late and jumped up and started to run to the bathroom. I had headphones on and yanked my head to the left and pulled my tower over as I kicked a 25 lb weight on the floor, broke my toe and then [poop] all over myself.
BLACKMACH1NE / Via reddit.com

#4
Tripped over a cat. Broke my foot. Cat was fine though.
ardnoik / Via reddit.com

#5
When I was little I thought plastic bags were parachutes. I jumped off the table and broke my arm. Once it healed I did it again 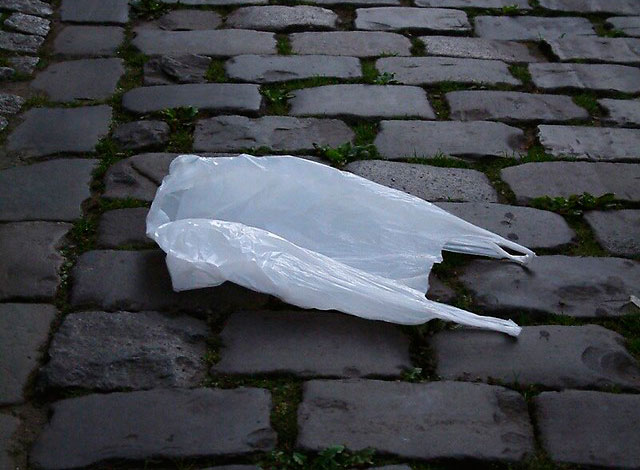 #6
Sneezed. Threw my back out. Couldn’t work for a week. Could barely walk the first couple days. I was 27.
evnt_hrzn / Via reddit.com

#7
Walked head first into a mind your head sign once. Not my finest moment.
CapinCos / Via reddit.com

#8
Climbed a tree when I was about 12, fell out, broke my left arm. A week or so later, my friends dared me to climb the same tree with my left arm in a cast to my elbow. Got a branch higher than the first time, fell out, broke my right arm. Mum wasn’t happy about having to take me back to hospital to get the other arm put in a cast too!
junior_joiner / Via reddit.com

#9
I was trying to kill a cockroach by squishing it on my carpet with a paper towel but it would not die. So I picked it up with the paper towel but for some reason I didn’t crush it and it started to get on my hand, so I started sprinting to throw it in the toilet. I slipped and fell on one of those big candles with three wicks in a glass jar.

Lots of blood and 10 stitches later, there is now a 2.5-inch scar on my leg and I didn’t even kill the roach. I got my a*s beat by a cockroach.
reddit.com

#10
Gave myself two black eyes when I was a kid by walking around my house looking through binoculars backwards so I couldn’t judge the distance.
to_the_tenth_power / Via reddit.com

#11
Tried to kick a balloon lying on the floor at a party.
Attack angle way too steep, kicked the floor and broke my toe, barely moved the balloon.
lurklurklurkPOST / Via reddit.com

#12
Went to the gym with some friends on my lunch break – they challenged me to do a pushup with a clap behind my back before I landed. Challenge accepted and accomplished.

That day after work (while in a suit) I went to my girlfriend’s house and told her about my newfound pushup skills.

I tried to re-live the glory, couldn’t reach my hands behind my back to clap because the suit was restricting my motion, and landed chin-first on her hardwood floor.

I ended up in the E.R. to get 5 stitches under my chin and at the dentist the next day to fix a chipped molar.

Shouts to my E.R. doctor for not judging me too harshly.
__fidel_cashflow__ / Via reddit.com

#13
I hit myself in the face with my glass Starbucks frapaccino bottle because I freaked out about a butterfly that flew near me. I know this entire sentence is dumb
MNYC19-2000 / Via reddit.com

#14
Putting a knife in a toaster in an attempt to get toast out of it.
ImNot_That_Guy / Via reddit.com

#15
Cutting a cake for a friends birthday, accidentally drop knife, attempt to catch it with foot.
rapidarray / Via reddit.com

#17
Fractured both my wrists tripping over a blanket. Two casts
bonfire_bug / Via reddit.com

#18
Scratched the cornea and broke the lens in my eye during an unfortunate encounter with a cactus plant.
aashlib / Via buzzfeed.com

#19
I was heating up a curry in the microwave, which was very safely placed on top of an extremely high fridge. Being very small and not being able to locate my special step, I try to reach up and remove the curry. Lo and behold, half of the curry spills down me, completely coating my arm.

It burnt me so severely that it damaged the nerves so I didn’t have anyyyyy idea how serious it was. I was so busy eating the rest of the curry and mourning the lost half, it wasn’t until I realised my whole arm was one big blister that I finally went to hospital. Took months to heal and the curry was only average
ilovealanthecat / Via buzzfeed.com

#20
Age 6 or 7, the neighbor kid invited me to ride bikes or something. Don’t remember. Went inside my house to ask permission. Mom said yes, and I ran through the house and out the front door. And missed the storm door handle. My hand and arm went through the glass. And to the ER we went.

I’ve got scars from the stitches and the scars ache when the weather changes or when I’m exposed to any itch anywhere else. Literally every day, I’m reminded of that business with the storm door.

But I can top that!

I bought a mandolin food slicer. Yes. Yes it’s bad. And one evening I was using the brand new gadget to slice some Jalapenos. It was a very fast machine and sliced much faster than my ability to get my hand out of the way. So I sliced off the top of a finger between the nail and the knuckle.

Perfect slice of skin about the size of a nickel coin.

Not having any access to medical care at the time, I grabbed the first aid kit out of my truck and went to work with the other hand trying to stop the bleeding. Eventually got the idea of sticking the sliced finger part back where it came from. This worked. But there was no easy way to tell which way was what. And the finger slice went on backwards. Luckily it didn’t get infected thanks to that damn useful first aid kit bag of tricks. Healed up fine. Aside from being backwards.

I’ll never own another mandolin slicer.
fourflatyres / Via reddit.com