15 Traditions From Different Countries That Surprised The Whole World 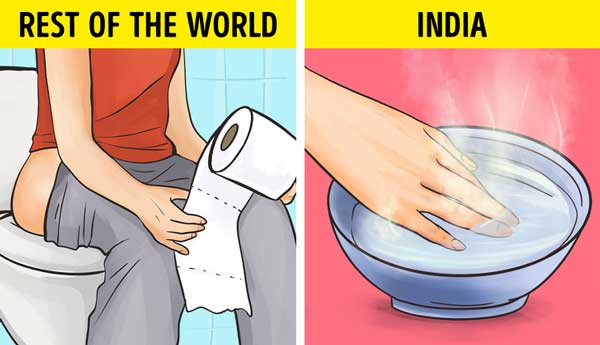 Many travelers will be surprised to find that in India toilet paper is not commonly found in bathrooms. In fact, water from a small bucket found next to the toilet is used instead to wash up afterward. Using toilet paper is generally a bad idea, as it might clog the pipes and creates extra waste.

#2 Getting bitten by bullet ants, Brazil 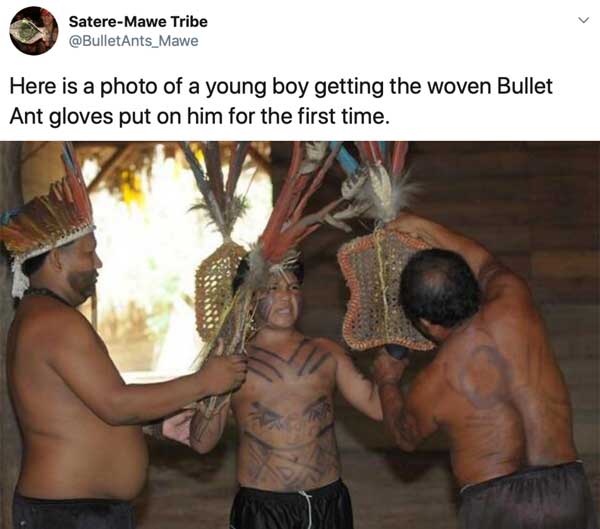 In the Brazilian tribe of Sateré-Mawé, when a boy comes of age he must perform a traditional dance while wearing gloves filled with bullet ants. This ceremony is a particularly challenging one, as the bite of a bullet ant is one of the most painful insect bites in the world.

#3 No using the bathroom after marriage, Indonesia 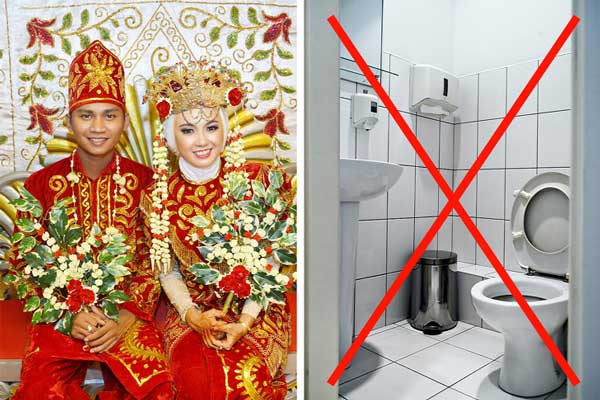 In the community of Tidong in Indonesia, a married couple is not allowed to go to the bathroom for 3 days after being wed. If they do, it’s considered bad luck for their marriage. The newlyweds are watched over by their family members who ensure they don’t break this tradition, while given small amounts of food and water. 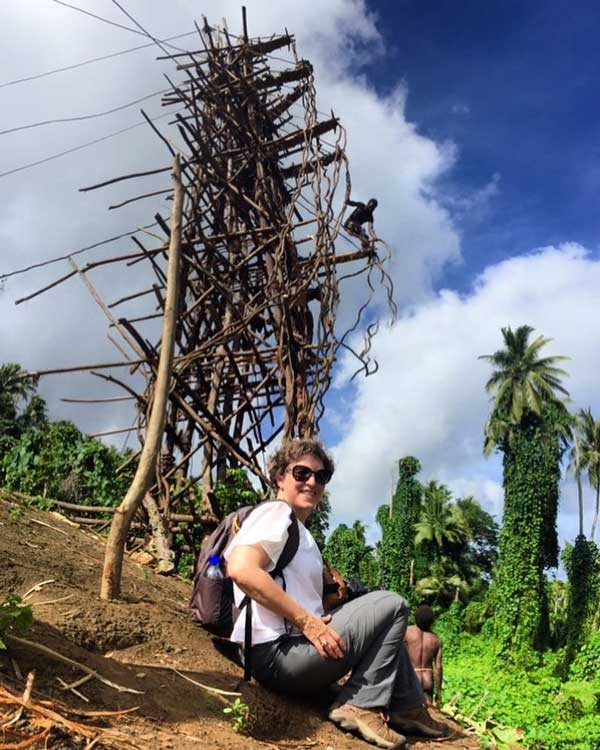 On the Pentecost Island of Vanuatu, a ritual performed by men is said to ensure a good harvest. By jumping off tall wooden towers with nothing but vines wrapped around their ankles, they believe a good land dive can improve a man’s physical health and bring good luck during the yam harvest season.

#5 Greet others by spitting, Maasai 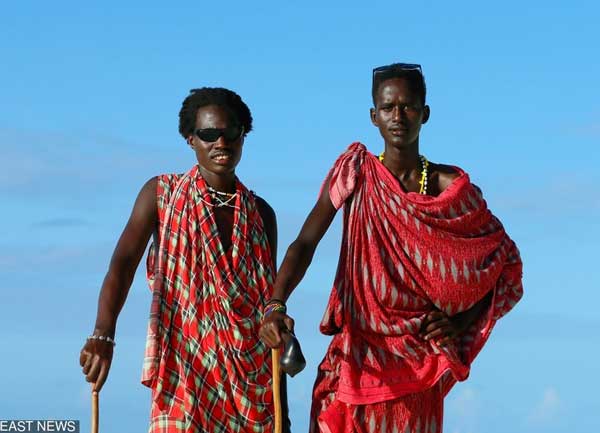 While spitting is considered rude in many cultures, in the Kenyan Maasai tribe it is the customary way of greeting and showing respect. Members of the tribe will spit into their hands before shaking them, and they also do this to newborn babies or even a bride to bless them and bring them good luck. 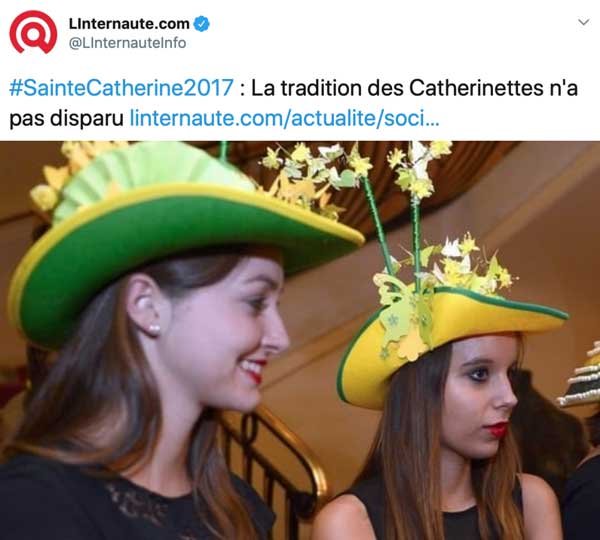 In France, the 25th of November celebrates Sainte Catherine, the young patron saint of unmarried women. On this day, women who have reached 25 years of age wear green and yellow hats which signify wisdom and faith. While some “Catherinettes” celebrate the day in hopes of being married soon, others proudly embrace their single life. 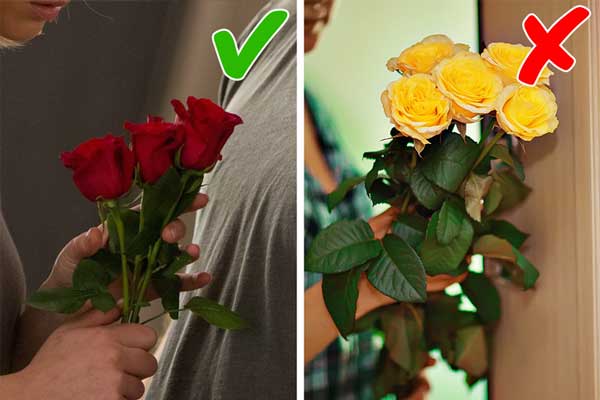 Roses are a great gift to show emotion just about anywhere in the world. However, when choosing a color, some countries relate special meanings to certain roses. In Mexico, it’s better to stick to a traditional red rose rather than a yellow rose, which means death in Mexican culture.

#8 Throwing your furniture out of the window, South Africa 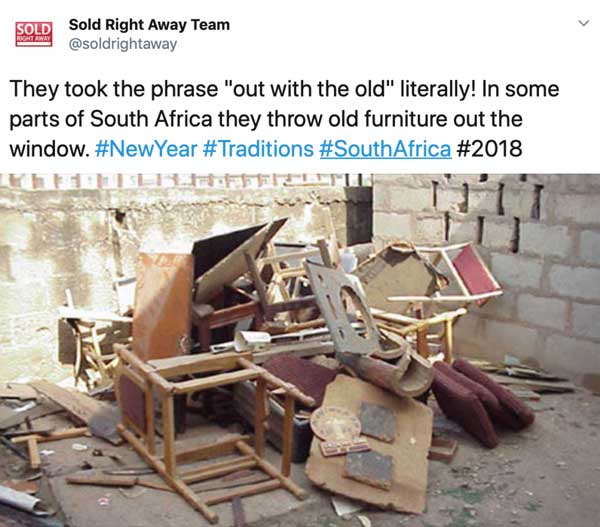 On New Year’s Eve many countries celebrate with fireworks, while in South Africa a different kind of tradition has persisted since the end of apartheid. To ring in the new year, people throw their furniture out the window and into the streets below. This tradition is monitored by police forces to make sure nobody gets hurt.

#9 Smashing plates before a wedding, Germany 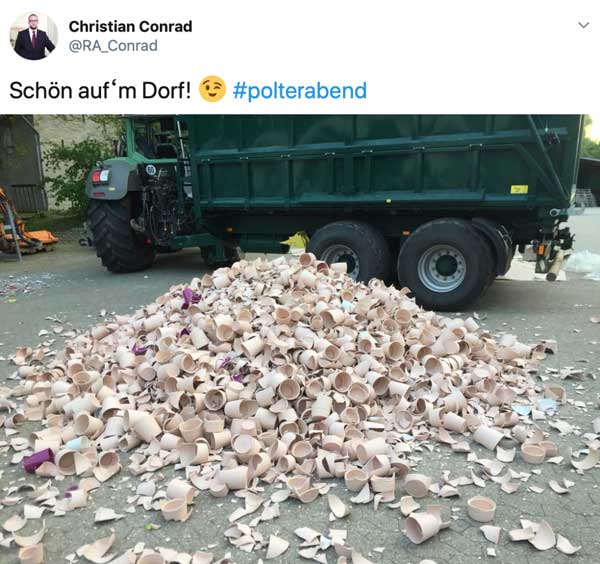 A few weeks before a German wedding, a tradition known as Polterabend takes place. The couple’s guests bring pottery which is smashed at the couple’s home. Afterward the bride and groom have to clean up the mess, an act which is believed to bring good luck and encourage teamwork for their upcoming marriage.

#10 Business meetings in a sauna, Finland 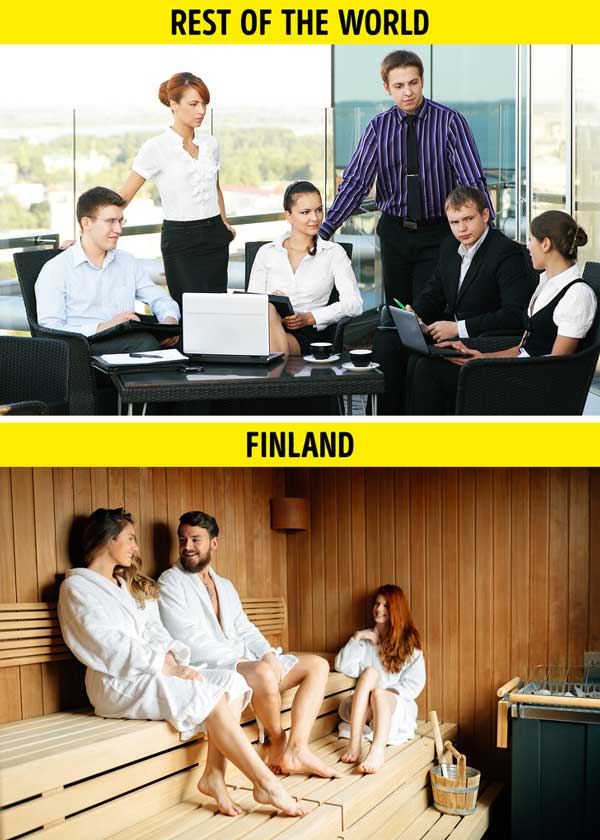 Sauna is a big part of Finnish culture, serving not only as a historical place to give birth, but also as a place to discuss business matters or even politics. In fact, it’s a common tradition in the business world for colleagues or business partners to go to the sauna together and talk in a more relaxed environment. 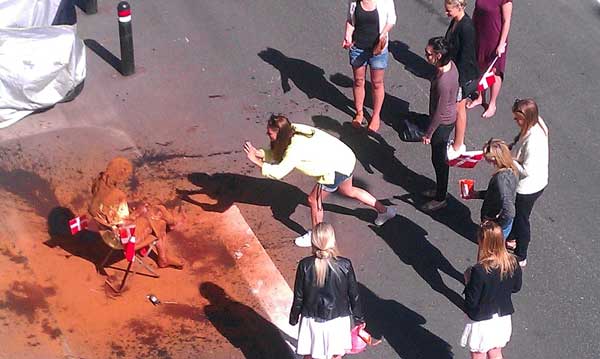 An old tradition from 16th century Denmark still persists today. If a person remains single on their birthday, their friends will shower them with cinnamon. The tradition is a reference to the Danish spice merchants who often had no time for marriage due to their travels around the continent.

#12 Crying before your wedding, China 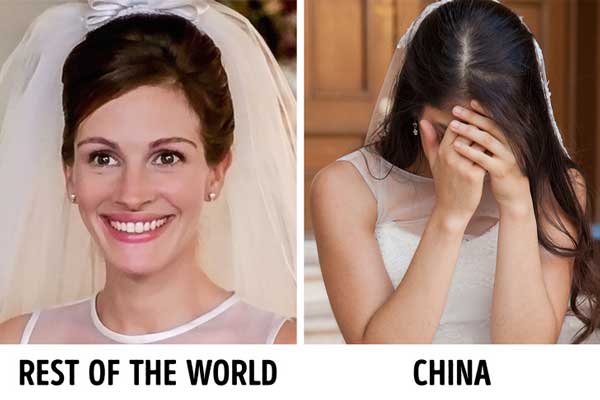 While in many cultures a wedding is a ceremony filled with laughter, in China a traditional wedding is preceded by the bride crying a month before getting married. After a few days, she’s joined by her mother and other family members to show joy for her future marriage. 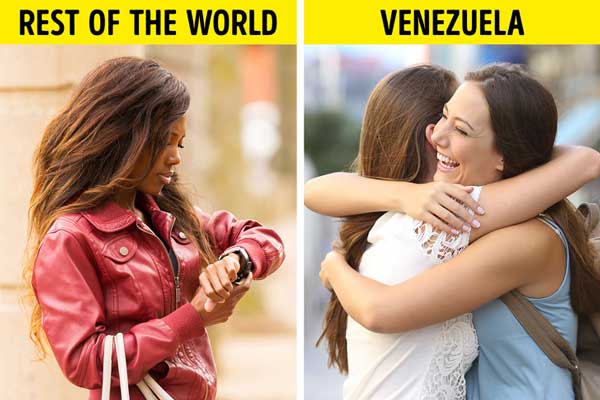 Whether you’re attending an event, a meeting, or a party in Venezuela, it’s common for people to arrive later than originally planned. Venezuelans enjoy a relaxed pace when it comes to business, and for big social events arriving late simply means making a big entrance. 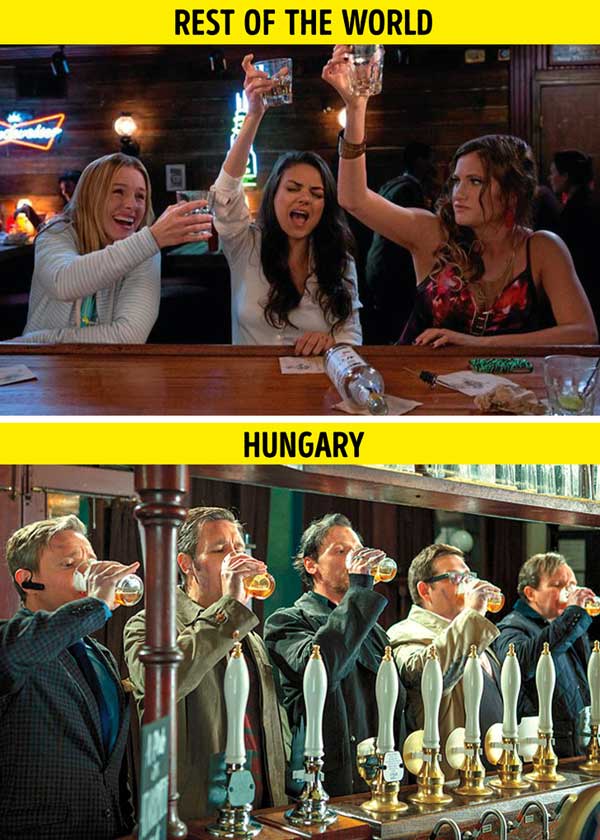 When visiting Hungary, one might be surprised to find out that people don’t clink glasses at the bar. This historical tradition comes from 1848, when Austria defeated the Hungarian revolution and celebrated by clinking glasses. As a result, Hungarians decided not to clink glasses for 150 years. 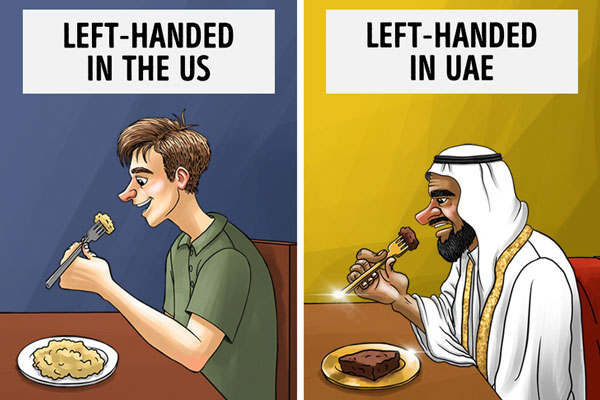 In a number of Middle Eastern countries, greeting someone or eating with one’s left hand can be considered rude and unsanitary. Since the left hand is used to clean oneself after going to the bathroom, it’s seen as the dirty hand is never used at the dinner table or to greet friends.

24 People Who Are Definitely Experts At Marriage
26 Products On Amazon Our Readers Are Loving Right Now
How Long is a Galactic Year?
Countries Who Consume the Least Meat