21 Online Shopping Fails That Will Make You Actually Laugh

#1 This woman’s face mask was a bit smaller than expected. 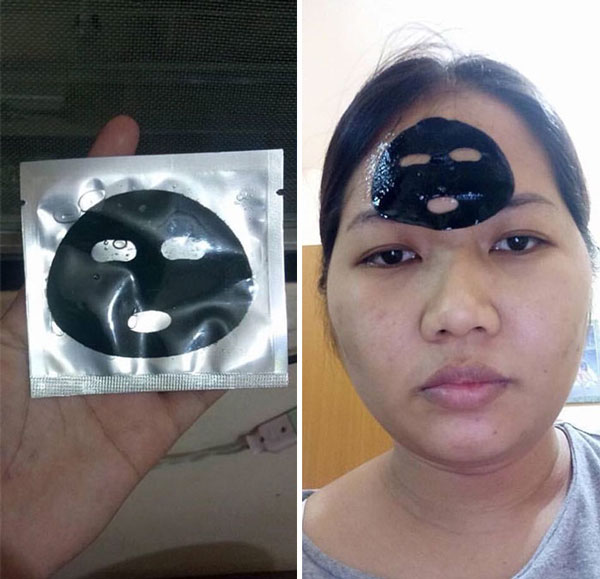 #2 This person ordered a big, woven blanket online, but when it showed up, it was…um…unwoven. 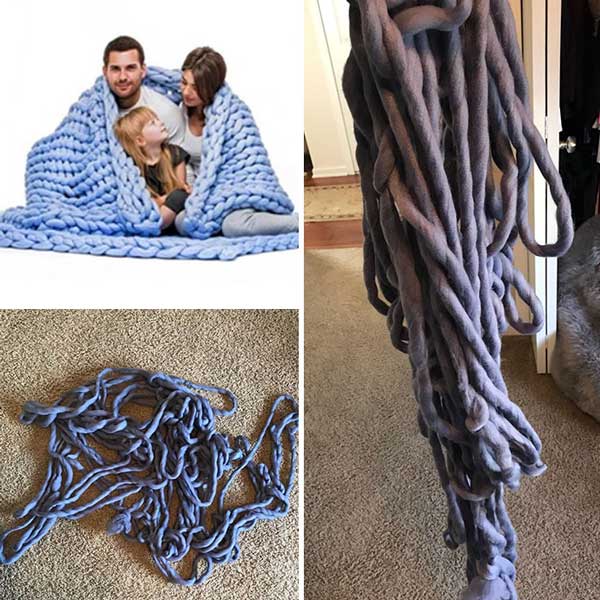 #3 This guy wanted to buy a pillow with his face on it for his long-distance girlfriend, and…yikes. 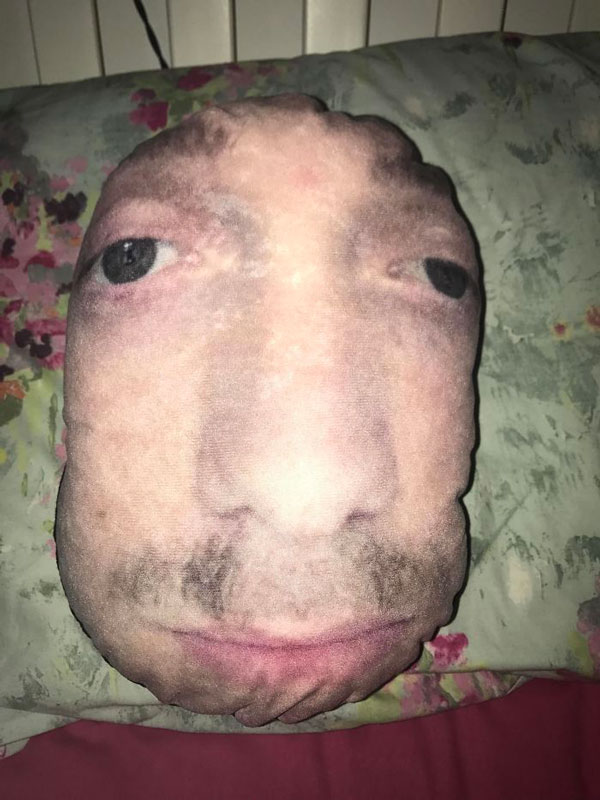 #4 This man ordered a patch online, but when it arrived, a rather important word had been changed.

#5 This woman wanted to buy a new chair for her bedroom, but probably should have checked the dimensions first. 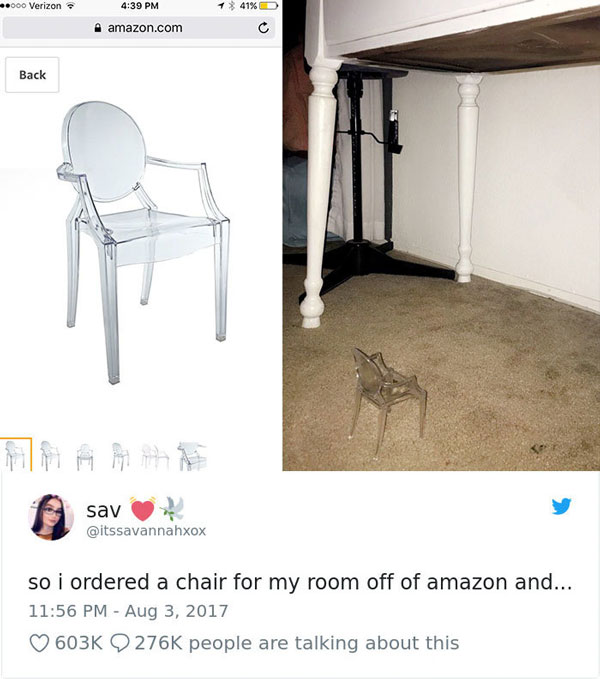 #6 This mom bought a shirt for her teenage daughter, but now it belongs to the cat. 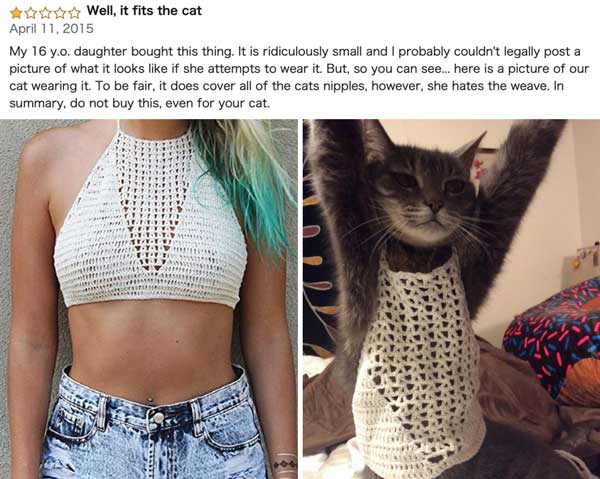 #7 This person wanted to buy a funny Dr. Pepper shirt, but the shirt that showed up wasn’t QUITE as funny. 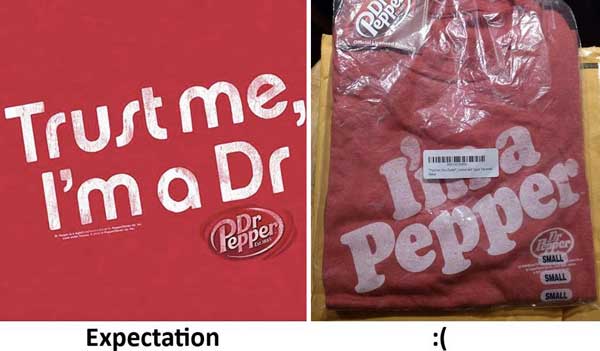 #8 This mom bought a dinosaur pillow online, and was not very pleased with what she received. 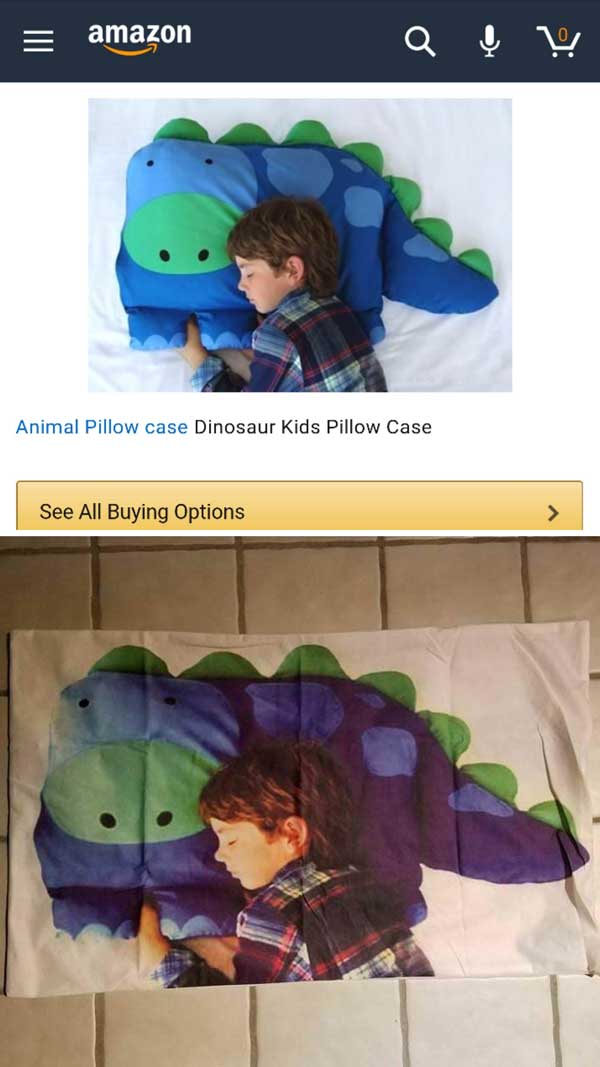 #9 This person ordered a cast-iron skillet without reading the description too closely. 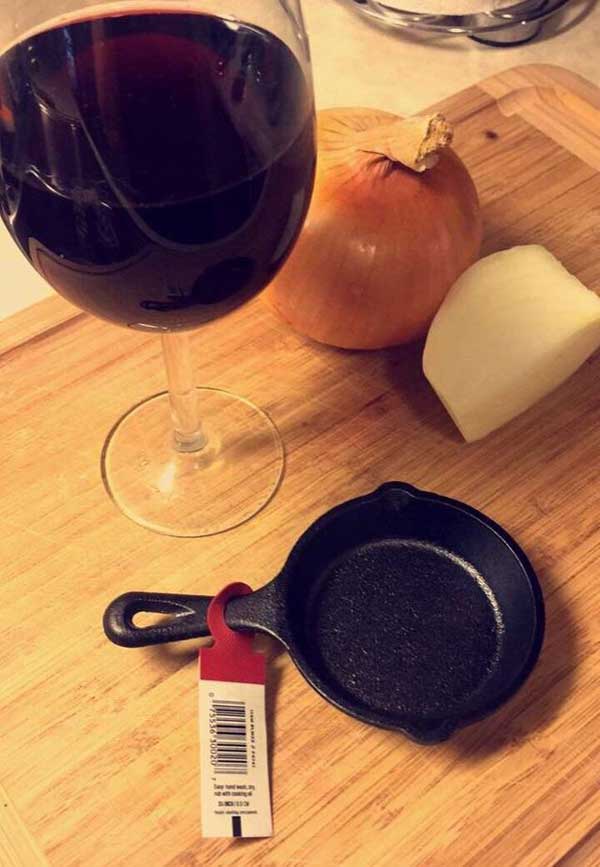 #10 This person splurged on a gigantic teddy bear — and ended up with a freakishly tall one instead. 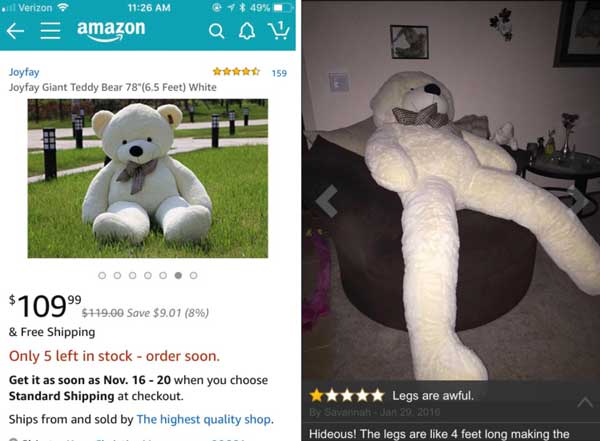 #11 This parent was none-too-impressed with the alien balloons she bought for her kid. 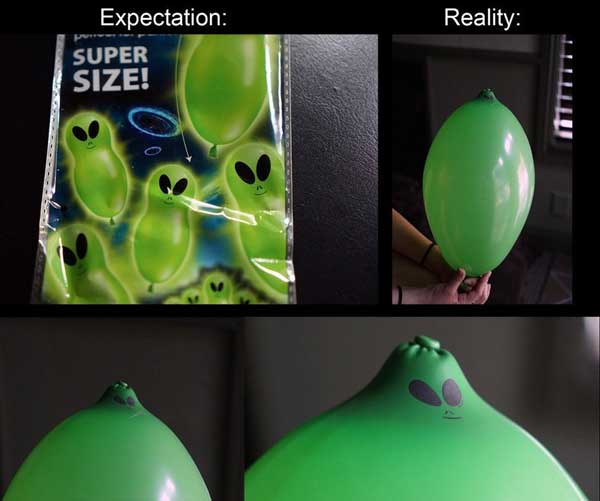 #12 This woman’s PJs weren’t quite what she was imagining. 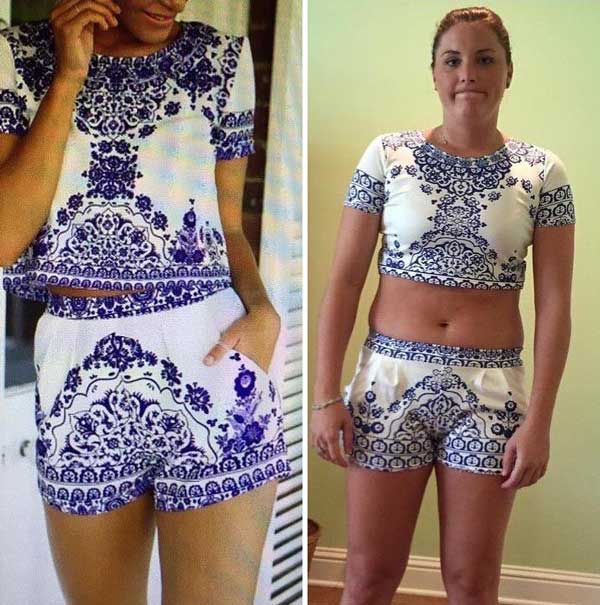 #13 This woman bought a dustpan that ended up being bigger than she is. 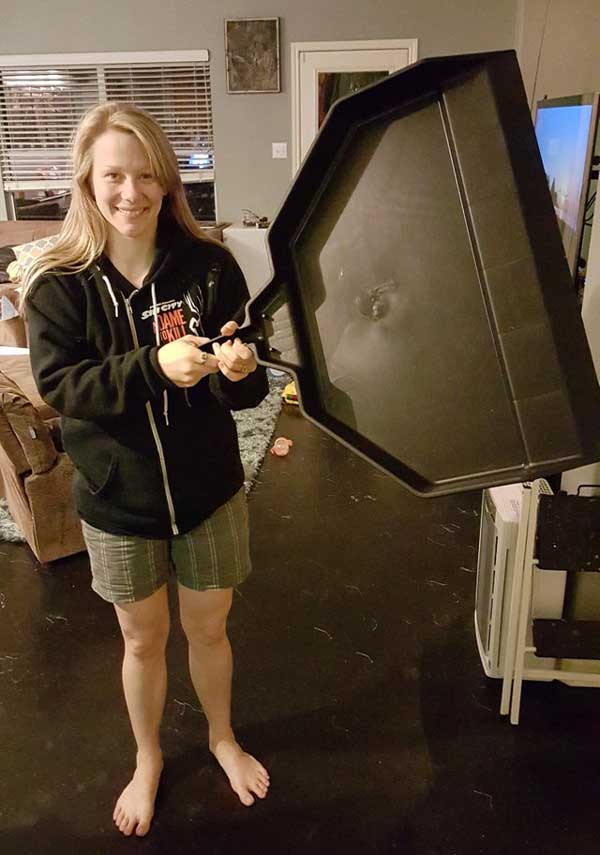 #14 This bride wasn’t too thrilled with the dress bought online. 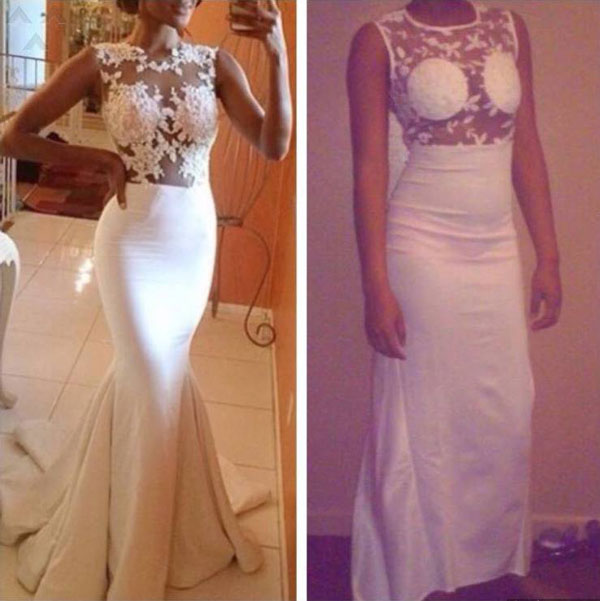 #15 This couple learned the hard way not to purchase rings on the internet. 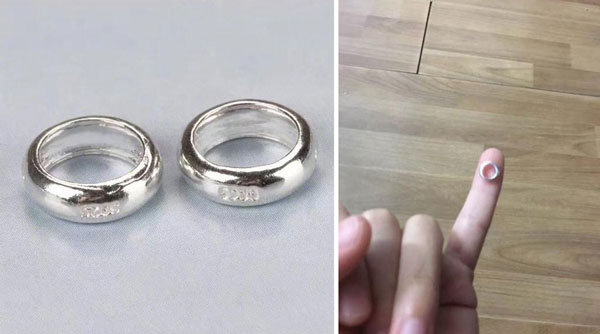 #16 This woman wanted to buy her boyfriend a keychain that would remind him to drive safe — but the one that arrived had a slightly more aggressive message for him. 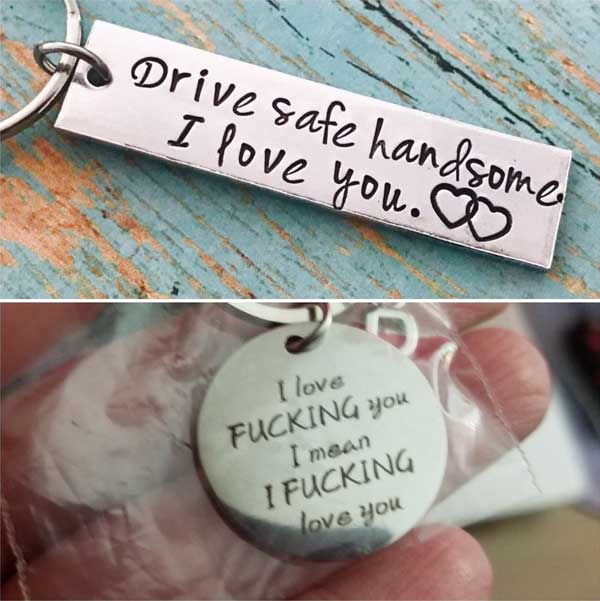 #17 This man ordered some heavy-duty boots online, and got, uh, these things. 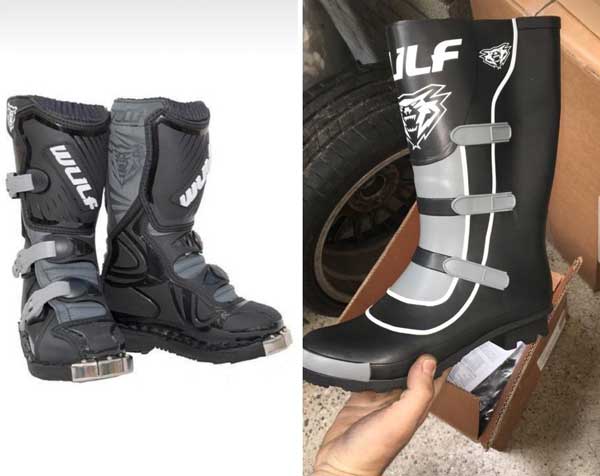 #18 This guy wanted a tank top, but instead got something a little more formal. 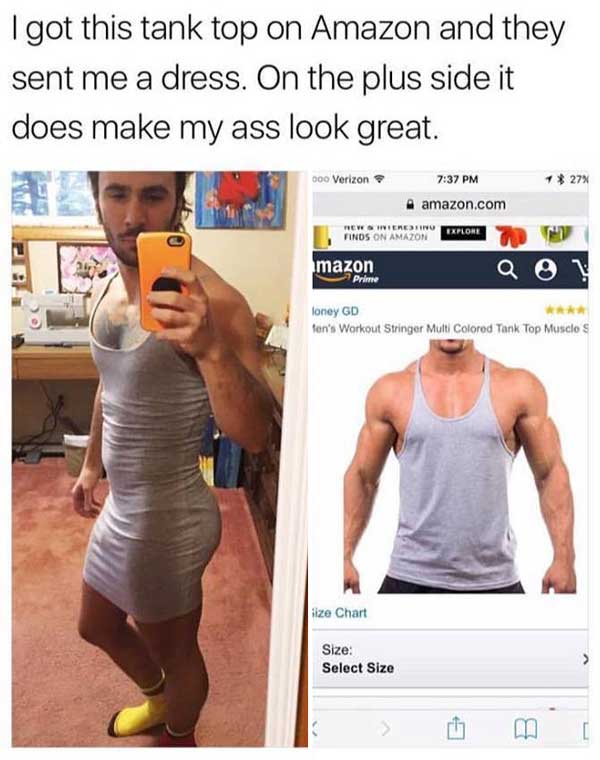 #19 This man bought a graphic tee online, but wasn’t exactly impressed with the size of the graphic when it was delivered. 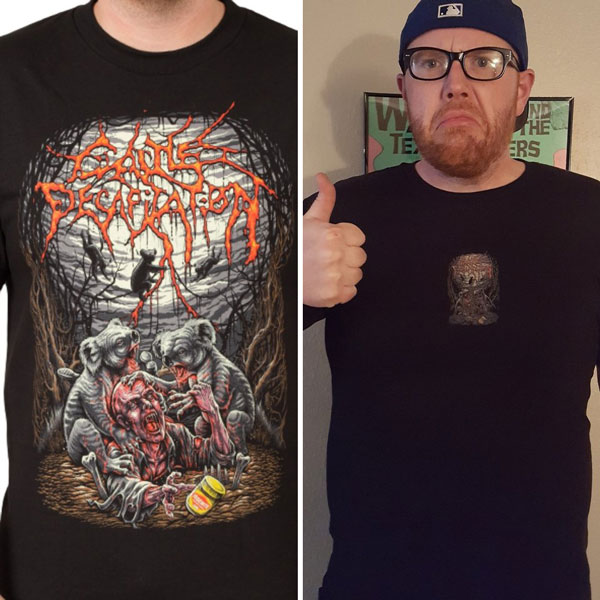 #20 This person bought shoes online, and apparently should have specified that she didn’t want two left ones. 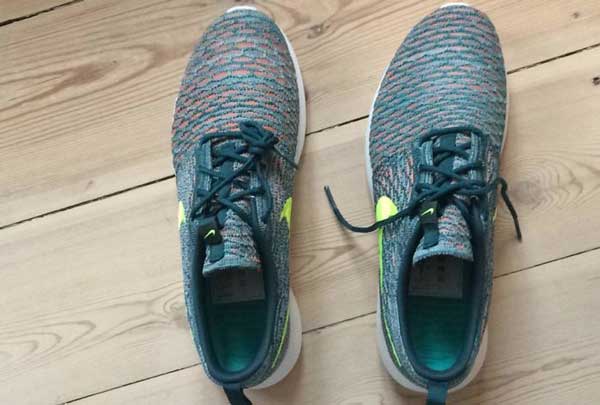 #21 This dad bought a panda pillow online, but the thing that showed up was just a little disappointing 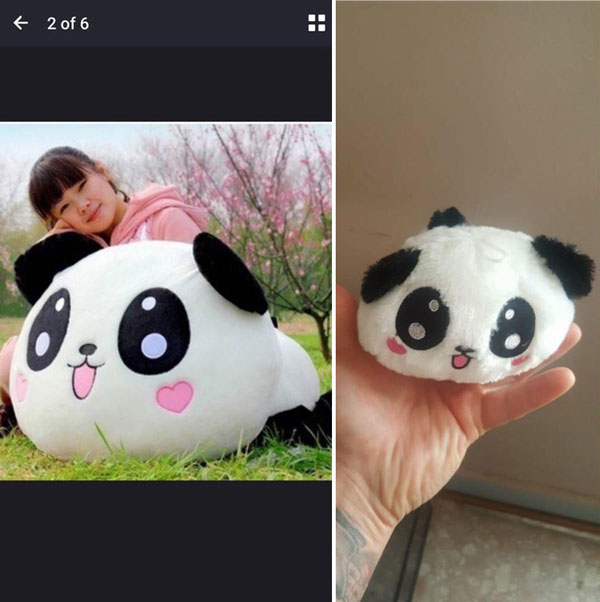 28 Happy Animal Facts That Will Make You Smile
Crocodiles Do Not Die of Old Age
The craziest excuse for late to work
Can Polar Bears Be Detected by Infrared Cameras?