20 Disney Posts That Are Basically Inside Jokes For Fans

Uptown rat...he's been living in a Paris flat...

#1 This ageless take on a meme 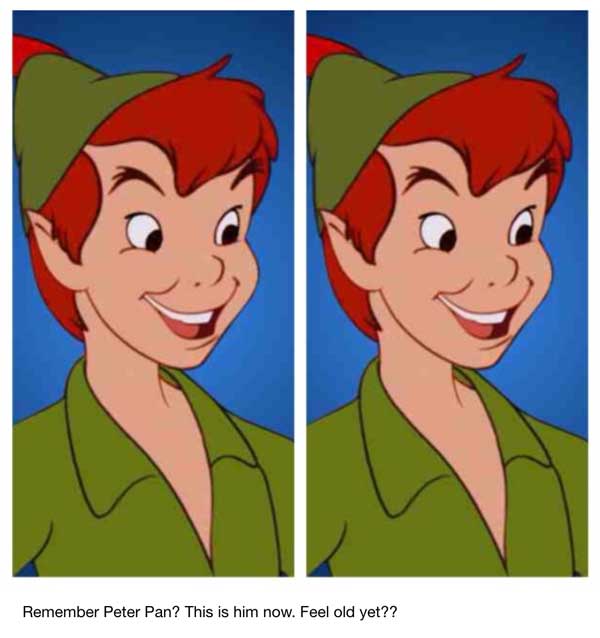 #4 And this, which should be the Ratatouille theme song

SEA WITCH URSULA: Your voice is mine mwaahahaha!!!

#9 This hope against hope, wish against wish

Eventually, you'll run out of excuses

Eventually, you will have to do live-action Goofy Movie https://t.co/CEUZgYUyKz 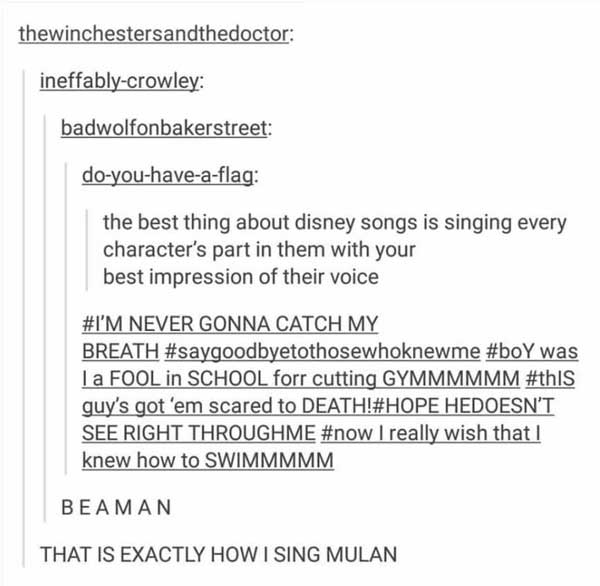 this is only for thin women. for fat women it's:
• chicken lady-in-waiting
• lady who needs six eggs but it's too expensive
• glamorous half octopus with hench-eels https://t.co/8HdgUsvDha 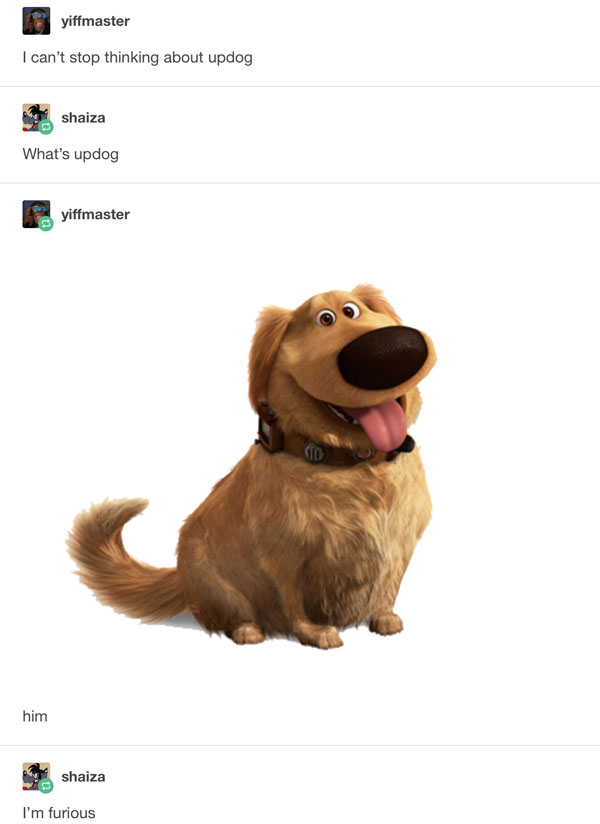 me: I need to buy new stamps so I'm not sending out condolence cards with Disney villain stamps on them

me: how are you doing this

friend: no one orders ornate funeral wreaths like Gaston 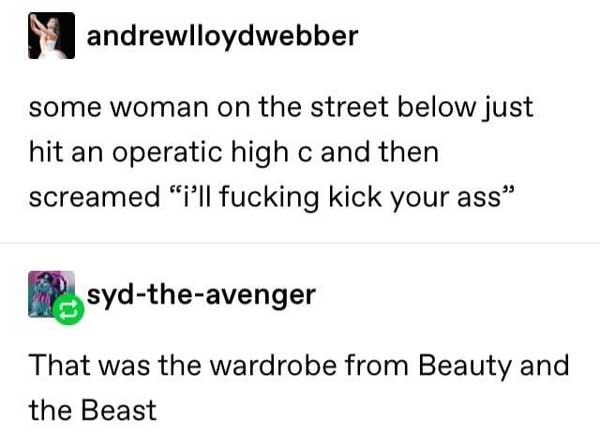 how old is flounder. he sounds like he's like 5. ariel is 16 and trading limbs to a witch for a man. why is she best friends with a tiny kid fish. christ 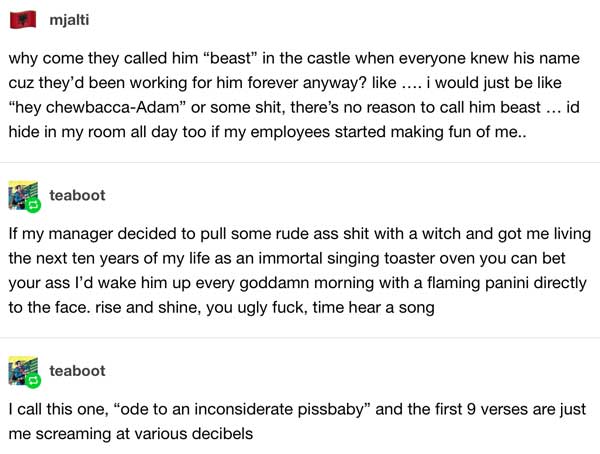 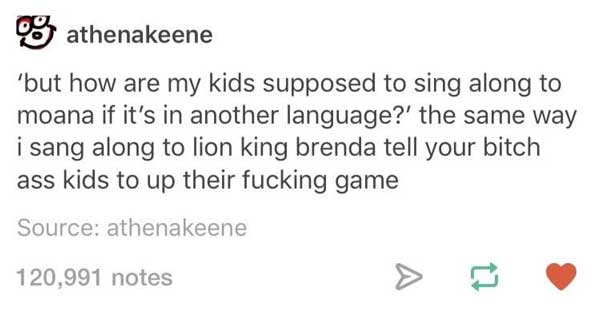 #19 This MVP of Beauty and the Beast

My favorite character in Beauty and the Beast is this dresser waiting to fuck up a villager with a baseball bat. pic.twitter.com/R6oEwFPbXA 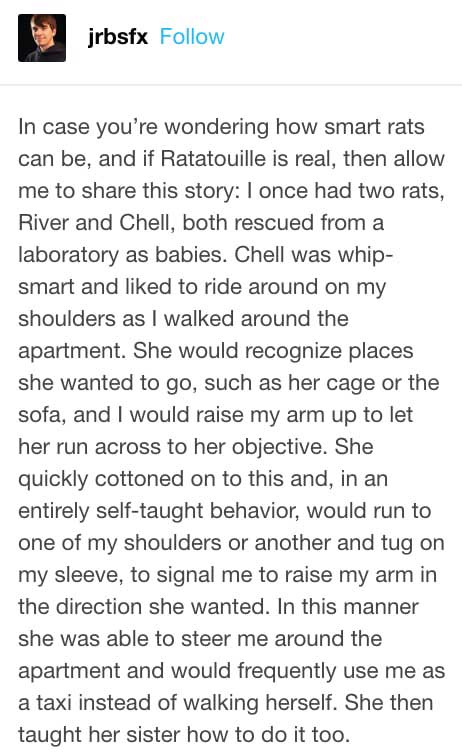