Saying “bless you” in public when somebody sneezes. I said this to a lady at the Guinness factory in Ireland and she looked at me like I murdered her family.
miamiamoa / Via reddit.com

The ability to “turn right on red” doesn’t seem to be universal. I was thankfully warned ahead of time. I had no idea that wasn’t normal.
LetoMultus / Via reddit.com

Measuring walking/driving distance in blocks. It’s the unit of measure I use most frequently when giving directions — the restaurant is 3 blocks away, go south one block and then 2 blocks west, and so on. But when I studied abroad in England, I got a complete blank look when I asked someone how many blocks away the library was.
Glaggies / Via reddit.com 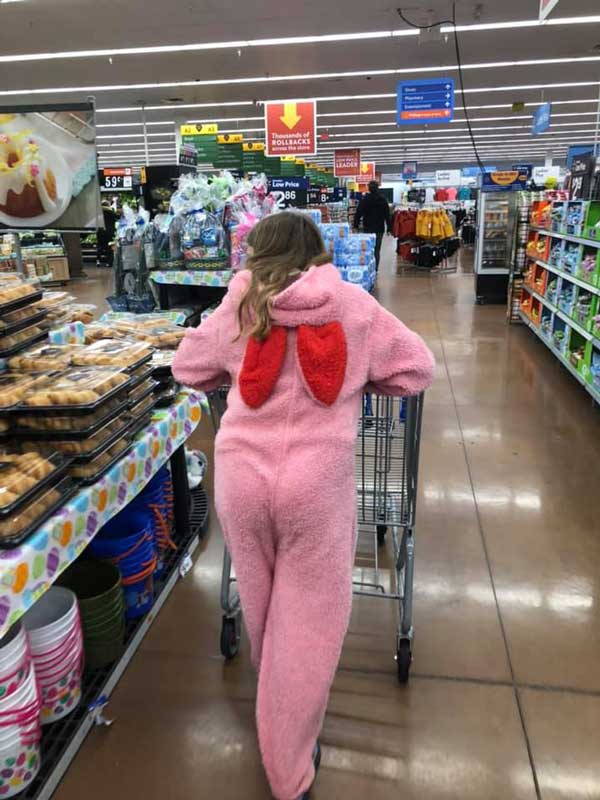 Dressing like crap to do stuff like grocery shopping. Went to the Netherlands for about 2 weeks, and we never saw anyone dress in comfy clothes. Everyone looked nice, everywhere, at all hours. Here you can catch me walking through Walmart at 3 a.m. and I’m wearing old pajamas, whatever shirt I happen to exist in, and I’m probably not wearing socks.
Blfrog / Via reddit.com

In the US, we have fire safety codes that require doors to open outwards to prevent people from getting crushed against doors or trapped in the event of an evacuation. This was not true in any of the countries that I’ve lived in abroad — Peru, Germany, and Brazil — or at least not enforced, and I spent a lot of time trying to push a door open only to discover it was a pull.
dormilonaluna / Via reddit.com

Clothes dryers. They exist in other countries, but they’re tiny and take forever to dry anything. I know many people in Australia who have dryers but still air dry their clothes. Even though it constantly rains there and it’s infested with monster spiders.
CalvinDehaze / Via reddit.com 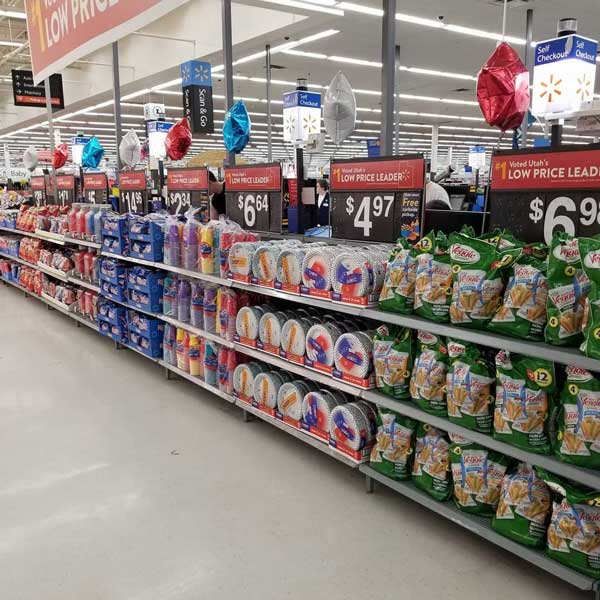 Drive-thru banking. My girlfriend was completely blown away by how many banks have drive-thru banking. To her, it was an event to go to the bank. You went, parked, and walked inside like everyone else.
OpeningHole / Via reddit.com

How much people in Europe are accustomed to walking. Particularly in old cities like Rome and Venice, everywhere is a walk way and there are usually more people walking than in vehicles. My hometown doesn’t even have sidewalks.
anxious_succulent / Via reddit.com 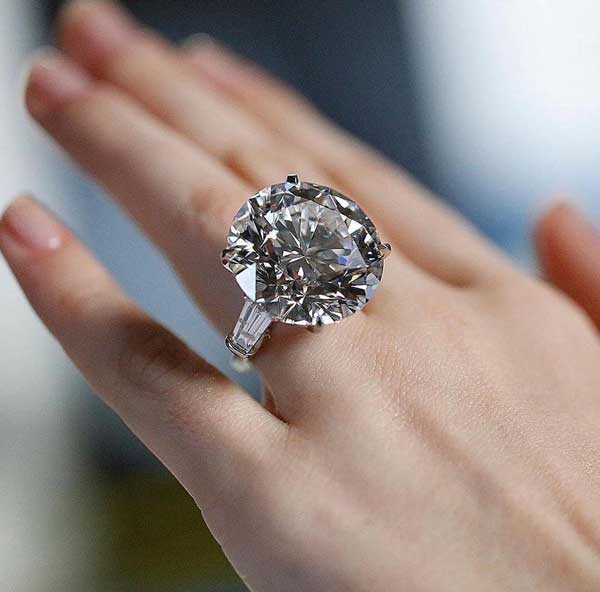 Large engagement ring diamonds. I went to England for work the week I got engaged. My ring isn’t ridiculously large, but the first few comments were things like, “Such an American ring, look at the size of that thing” and “…typical American engagement ring, can’t miss it, can you!”
cwashley / Via reddit.com

Ordering tap water is really frowned upon in Europe. At most U.S. restaurants, you sit down and you get water with ice, always on the house, and as many refills as you’d like. In Western Europe, you have to pay for glass water bottles.
Bush_Did_Itt / Via reddit.com

The stereotype about us being loud is true. I never thought of myself as being loud until I went abroad and would hang up the phone after speaking in what I thought was appropriate volume to find everyone around me was staring at me, and realized how much more quiet they were.
ProfanePly / Via reddit.com 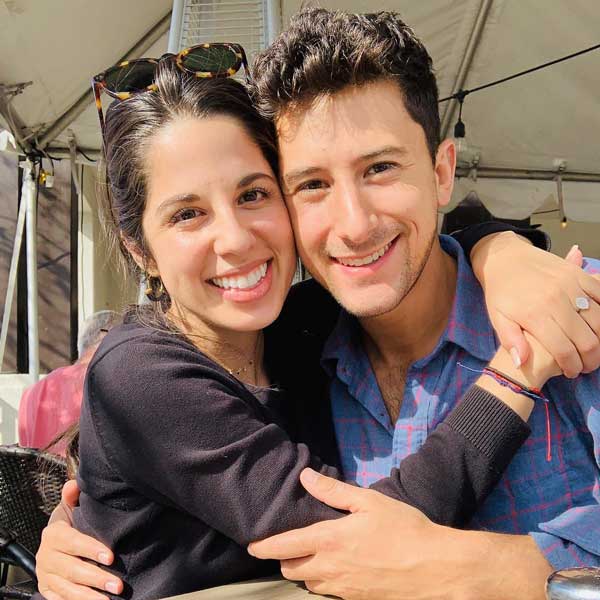 Americans smile a lot and have nice teeth. I didn’t realize this was a thing until Europeans pointed it out to me.
peabodygreen / Via reddit.com

How colorful people dress. In pretty much every European country I’ve been to, people dress in really neutral colors without big logos or graphics. In America it’s pretty common to have people dress in bright colors or have a shirt with a cool graphic on it.
DoesRedditHateImgur / Via reddit.com

We describe everything obvious around us. “Oh look, it’s Big Ben,” “This is a long line,” “Granny Smith apples” (next to a sign saying the same thing). I’ve become very quiet to avoid this, but I still say the obvious in my head.
jennocide1313 / Via reddit.com 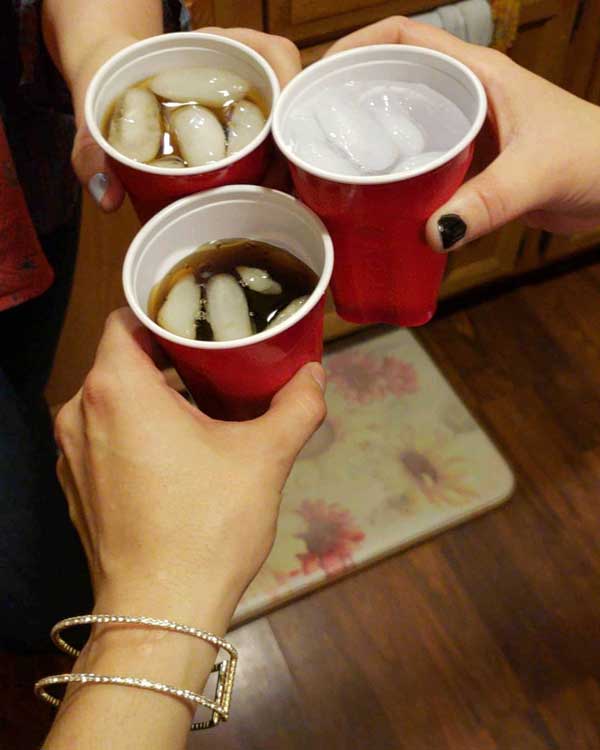 We use red plastic cups for parties. So much so that people outside the U.S. use them as an accessory for American-themed parties.
thiswasagutpunch / Via reddit.com

Going out to a restaurant. In America, you are seated ASAP and then they bring you drinks, appetizers, entrees, desserts, and then the check as quick as they possibly can for a total time of 45 minutes. Staying past this time is seen as a bit rude. In Europe, going out to eat seemed to be more of an event that you slowly enjoyed for a longer period of time.
Chorche412 / Via reddit.com

I visited London and asked for ice in my Coca-Cola. I was immediately fingered as an American. In Europe, sodas are cooled but no one drinks them with ice.
ArmagedonOverdrive / Via reddit.com 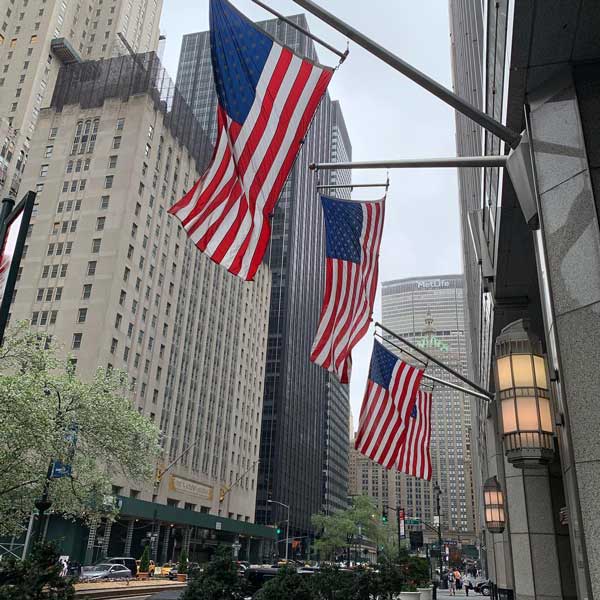 Flags everywhere. Other countries might only have flags hanging from government buildings. In the US, we have flags everywhere: parking lots, gas stations, private homes, the side of the road in the middle of nowhere…
gambitgrl / Via reddit.com

Road trips. We just jump in the car and drive a few hours without giving it much thought. My family and I were used to traveling in our car for a few hours to see some site, go into Mexico, or go to another state. My relatives in Switzerland were going to drive us to the Frankfurt airport and I was blown away by how big of a deal it was to them.
madisonpreggers / Via reddit.com

Music blaring everywhere. In most of Europe, the streets are pretty quiet. In Italy, if there’s music, it’s often a string quartet in the tourist areas. There are the occasional boom boxes in shops but nothing like the music everywhere in the US.
Dubsland12 / Via reddit.com 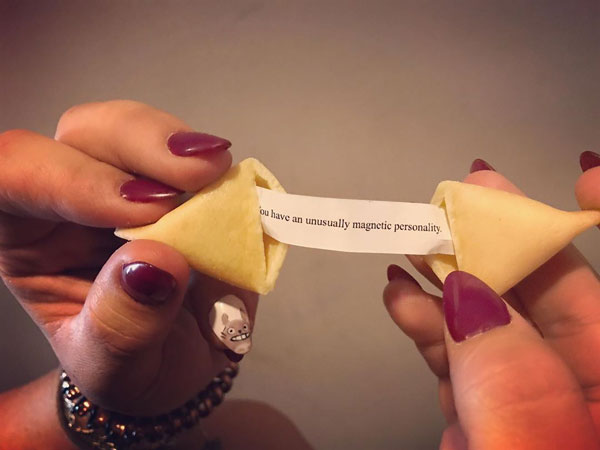 Garbage disposals in sinks. In the UK, my roommates asked how, in movies, people would stick their hands down the sink drain. I told them about garbage disposals and they were very weirded out.
ShayBriar / Via reddit.com

Things Can Escalate Very Fast
20 Funny Pictures That Perfectly Sum Up Canada
What Experiences And Thoughts Often Come To Women With Hinyuu
What Are Some Weird Things You Do When No One’s Watching?