Parents Share Ridiculous Tantrums Their Kids Have Thrown, And We Wonder How They Keep It All Together

Children are like creatures from a completely different universe with their own weird sets of rules. 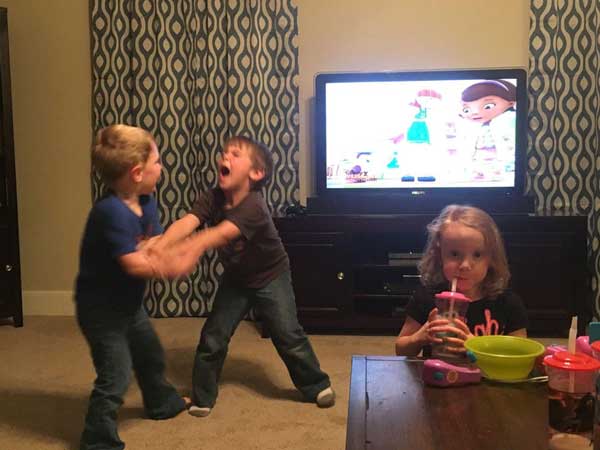 #1 I (slowly) walked up the stairs with my son trailing behind me. I heard him wailing when I reached the top. I turned around and see him full-blown sobbing, face down on the stairs. Unbeknownst to me, we had been racing and I won.
brucelapluma / Via reddit.com

#2
My daughter cried because my wife and I didn’t pick her to be the flower girl at our wedding.
She wasn’t even conceived until 5 years after our wedding.
OberynMartellsHead / Via reddit.com

#3 One threw a fit because the other flushed her own pee down the toilet, then a fight broke out over whose pee it really was and who should have flushed it.
sprickie / Via reddit.com 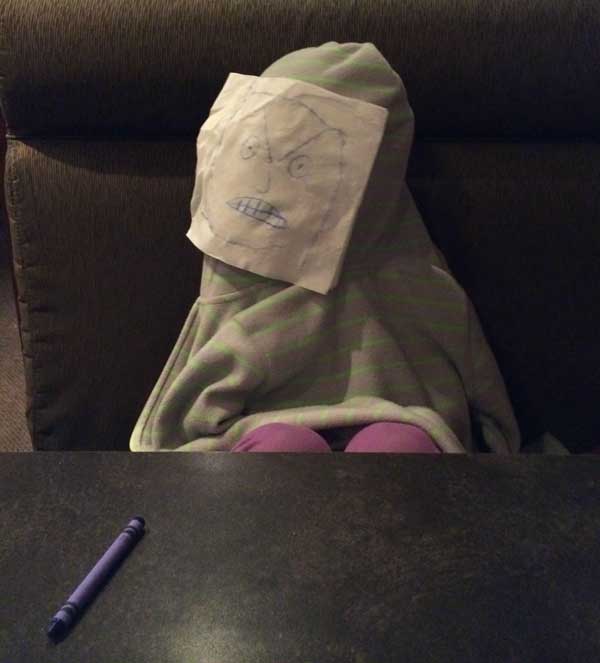 #4 When my niece was younger, she had a meltdown because her dad wouldn’t let her kiss the trash goodbye before he took it out.
hummingb1rd / Via reddit.com

#5 Friends of mine have 2 toddlers, a boy and a slightly younger girl. While on a car ride, the boy pretended he had a lollipop (yes, an imaginary lollipop) and refused to share it with his sister.It escalated to the point that the girl was bawling her eyes out, screaming for him to share this nonexistent lollipop, and the mother screaming at the son to share the darn lollipop.
peoples888 / Via reddit.com

#6
My 2-year-old had a full-blown meltdown because our dog wouldn’t read him a story.

When he wants a story, he picks up a book from his shelf and sits on the lap of whichever adult he wants to read to him. Our dog was lying on the floor, and he sat between his front paws with his book, and waited for the dog to read to him.

Cue an hour-long meltdown when Buddy ‘refused’ to read to him, on account of being a Golden Retriever and therefore illiterate.
daxnerys / Via reddit.com 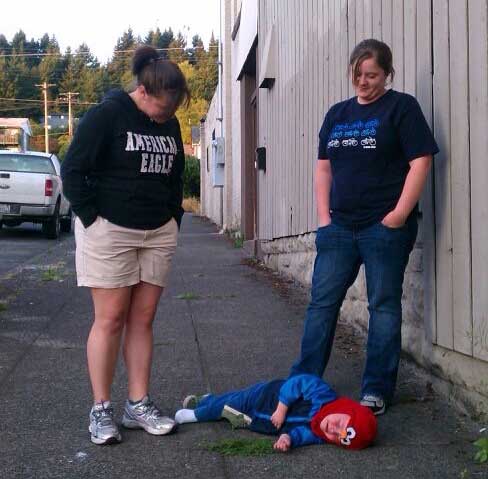 #7 The other day I had an argument with my 2-year-old because the stickers on his monster truck were actually stuck. He did not like this, and apparently doesn’t appreciate the point of stickers.
Dthibzz / Via reddit.com

#8 My little brother had a full-on breakdown because he wanted to swing. We had a swing, it was in front of him. He wanted for it to swing only in one direction (as in only to be on one side of the swing when swinging, not going backward). I had to explain to him that it wasn’t possible, we can’t do that.
dzonis32 / Via reddit.com

#9
I’m not a parent, but I worked at a grocery store and saw plenty of meltdowns.

My favorite was when I was ringing this lady up, and she had a 3- or 4-year-old with her who wanted chips. She said no, paid, and started walking toward the door doing the whole, “If you don’t come with me I’m leaving you here,” thing.

The kid legit just dramatically collapsed in my checkout lane and started screaming “potato” over and over. Not potato chips, just potato. I had to walk away because I couldn’t stop myself from laughing.

It was amazing.
Zeosh / Via reddit.com 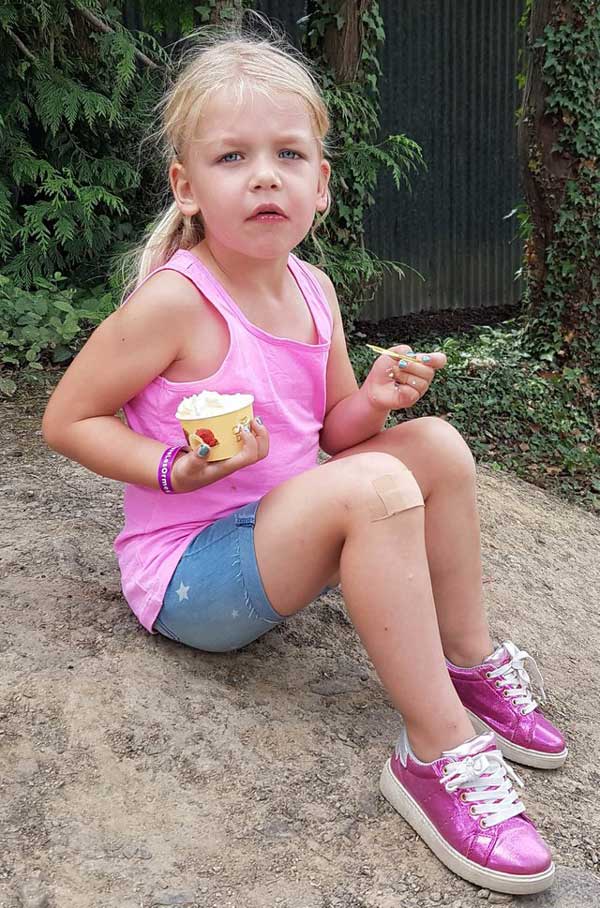 #10 One of my friend’s kids had a full on meltdown because she hadn’t eaten her ice cream yet. Not that she COULDN’T eat it. She could. It was right in front of her. It was her dessert. But the fact that she had to go through the process of eating the ice cream in order to get to the end point of having eaten the ice cream (and being happy) seemed intolerable to her.
shaidyn / Via reddit.com

#11
My 2 AM, this very morning, was spent convincing my 4-year-old (who had just had an accident) that, no, he could not both wear and not wear the underwear he had made a mess in.

He eventually lost the battle with quantum physics too.
ilinamorato / Via reddit.com

#12 My 2-year-old son got very upset the other day because we wouldn’t let him drive the car 200 miles home from vacation.
MrsMaglev / Via reddit.com 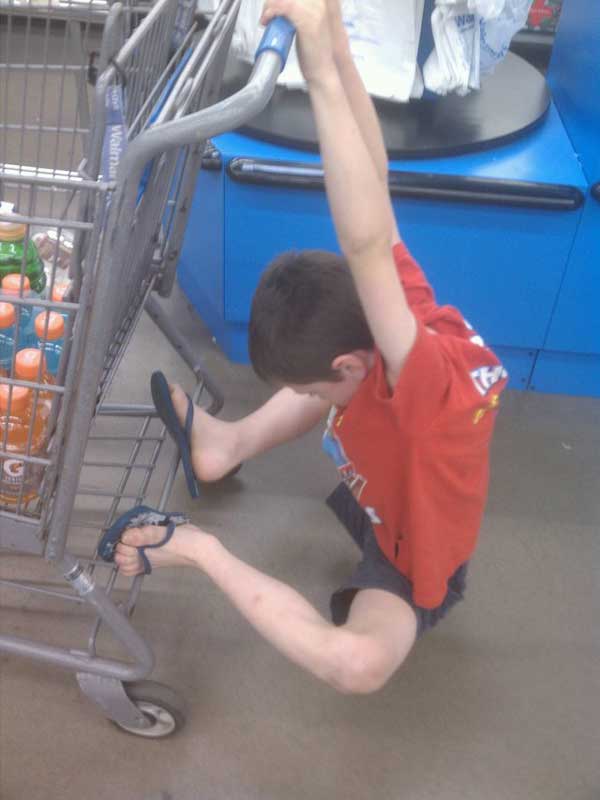 #13 When my son was a toddler, he once had a breakdown at the grocery store because we got baby carrots and no other carrots to go with them. He was super concerned that we were taking these baby carrots and they would be without their mommy carrots.
nitarrific / Via reddit.com

#14 My son turns 3 tomorrow. We’ve tried to be good parents and teach him some general manners. A while ago he whacked his head on the kitchen table, screamed, turned to make direct eye contact with the table and yelled, “No THANK YOU, table!!!”
SaraBooWhoAreYou / Via reddit.com

#15
My wife and I just discovered we’re pregnant with our third. My wife asked our 3-year-old daughter if she’d like a baby brother or sister.

Baby girl pulled a blanket over her head and said, “Just don’t!”
moronicuniform / Via reddit.com 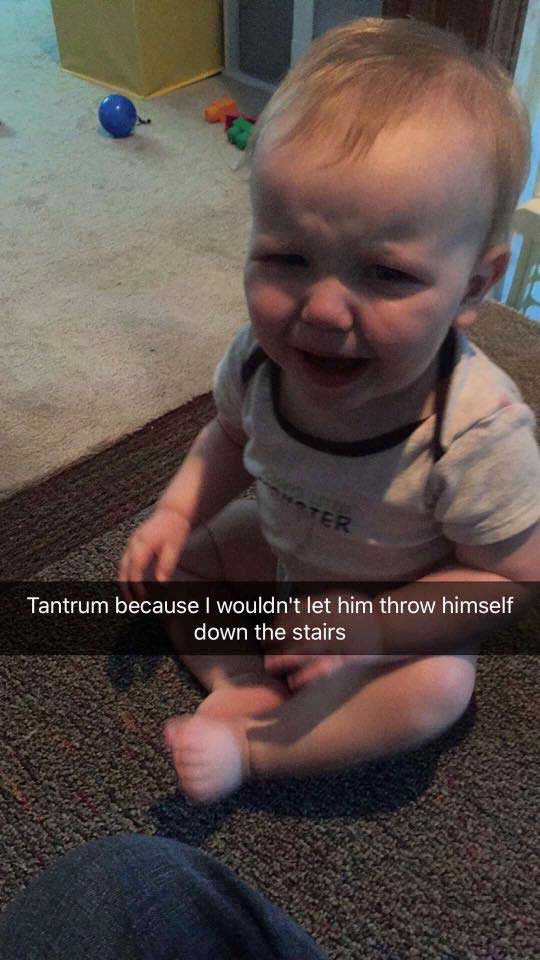 #16 My youngest boy had the devil of all tantrums when his sister took one of his most treasured toys, he wanted me to call the police and have her thrown in jail… This tantrum lasted 5 days, even after she had given the toy back. The part what killed me was that we were out doing the shopping and he saw a policeman, waved him over, and told the policeman the whole story expecting him to take his sister to jail.
dux-spills / Via reddit.com

It’s adorable in the worst possible way.
LogicCure / Via reddit.com 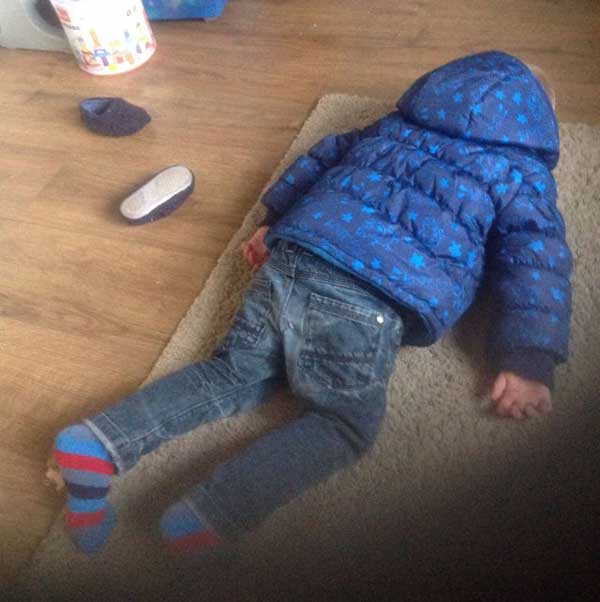 #18 Just had to deliver the devastating news that slippers are not suitable footwear for snow.
TheRotundHobo / Via reddit.com

#19
My daughter once cried because I wouldn’t “let” her count to infinity.

When I told her it couldn’t be done, she thought I was speaking as if I personally don’t allow it. She cried at the injustice of my decision.
frumious88 / Via reddit.com

#20 He loved being tickled, so I was tickling him one day. He let out a huge fart and suddenly started crying and screaming. I ask him why he was screaming and he replied with, “I was saving that for later.” How and why would you save a fart?
ShutTheFrontDoor__ / Via reddit.com