18 Utterly Terrible Life Hacks That Won’t Work, But Will At Least Make You Laugh

#1 Keep your car running smoothly!
Life hack: if ur car is making a weird noise, just turn up ur music really loud until it disappears.
proxactears / Via twitter.com

#2 Eat lunch for free!!
Step 1: Get an old briefcase
Step 2: Eat coworker’s lunch out of work fridge
Step 3: When coworker confronts you slam briefcase on table and say “I’ll give you $10k if you promise to never tell anyone about this”
Step 4: Ha! Coworker discovers you only put $5k in the briefcase
benhasissues / Via twitter.com

#4 Meal prep for later!!!!
Tired of always boiling water for your pasta? Just boil a big load in the beginning of the week and freeze it for later use!
RichardGooner / Via twitter.com

#5 Find true love!!!!!
New tinder idea: upload all my photos upside down so girls turn their phone to look at them, obviously realise am ugly and swipe left but of course that’s now actually right bing bang boom match
human_dis4ster / Via twitter.com

#6 Get a new pet!!!!!!
Go to a fancy restaurant. Order the lobster. Order it alive. When it comes, order food for your new pet lobster. Then take lobster home.
Home_Halfway / Via twitter.com

#7 Get some free ducks!!!!!!!
The elites don’t want you to know this but the ducks at the park are free you can take them home I have 458 ducks
weinerdog4life / Via twitter.com 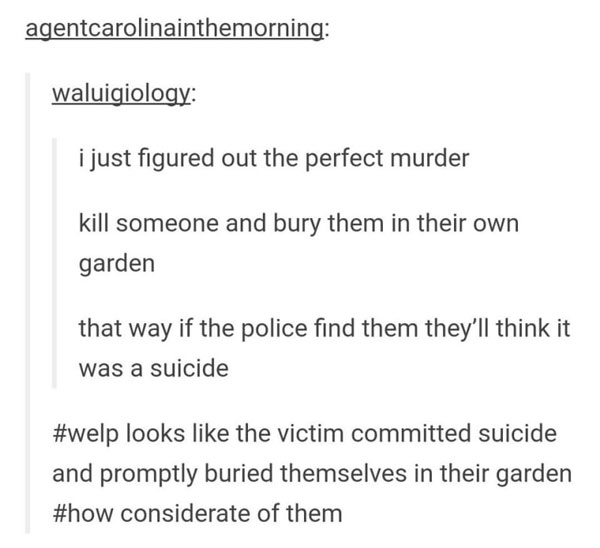 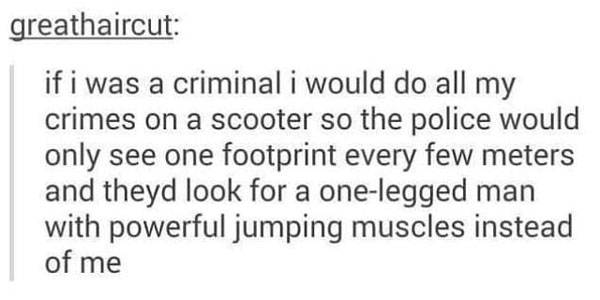 #11 Avoid mosquito bites!!!!!!!!!!!
When you see a mosquito land on you and begin to bite, laugh and ask “is it in yet?” It will ruin the mosquito’s confidence and it won’t be able to perform penetration
sivemortenlol / Via twitter.com

#12 Get a table at a busy restaurant!!!!!!!!!!!!
There weren’t any open tables at this sports bar so I yelled “Chad, you left your Jeep lights on!” and now I can sit wherever I want.
TheNardvark / Via twitter.com 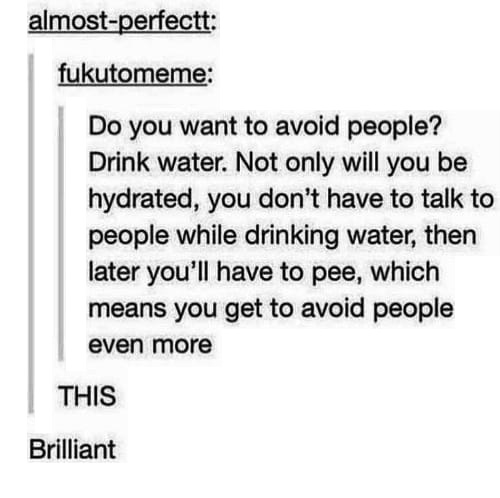 #16 Get free furniture!!!!!!!!!!!!!!!!
Only a FOOL would buy IKEA furniture. Instead I just download the instructions and keep emailing their service dept to say that I am missing a piece, until they ship me all the pieces over a six month period
jasonarewhy / Via twitter.com 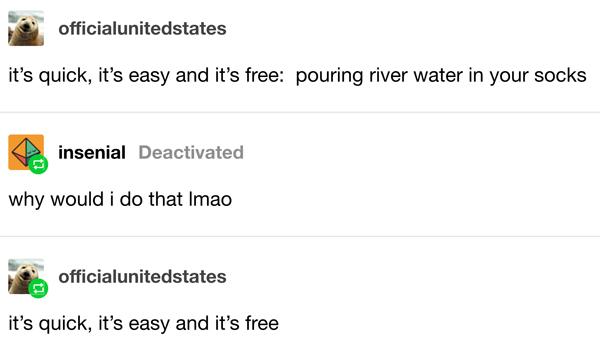 How Do You Grow Square Watermelons?
20 Of The Funniest Scottish Tweets Of 2016
What are the disadvantages of being too nice to people?
What Should Every Man Know About Women?