Well, Game of Thrones is finally over and while some folks didn’t see the ending coming, there were people out there who totally predicted how the final season would go, years before it all went down. 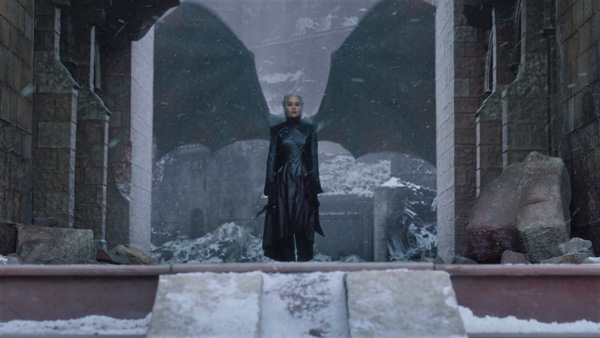 #1 For example, here’s someone who guessed back in 2017 that Arya would slay the Night King

Arya Stark will kill the night king. Mark my words #GoT

#2 Now, perhaps most impressive are the people who guessed Bran would wind up ruling the kingdoms. Here’s one

I've been thinking about this a lot, and I'm pretty sure Bran is going to win Game of Thrones.

#GoTAtlantic Bran will win the Throne in the end

Bran Stark lol RT @90sReject: Free for all: who do you think eventually wins the game of thrones?

#4 This person called Jaime killing Euron back in 2017

I don't know why I keep thinking Cersei and Jaime are going to die together.

#7 Back in 2017, this person called The Mountain and The Hound taking each other out during the Cleganebowl

The Mountain and The Hound are going to kill each other. There will be no winner. Fave this.

#8 This person considered other potential winners, but came to the conclusion that it’d be Bran

after deep thought,we have come to the conclusion stannis or dany have the strongest claim to the throne,but bran is probably gonna win it

#9 WAY BACK IN 2013, this person predicted Daenerys would light up King’s Landing

Daenerys is going to burn kings landing to the ground #GameofThrones

I think Bran will end up a king. King in the North, a King Beyond the Wall, or the King on the Iron Throne. But I deffo think he'll be king.

My mom thinks Bran is gonna end up on the Iron Throne. She always guesses wild shit & it comes true, this shit better not happen.

*cough* "sansa is the queen in the north" *cough* pic.twitter.com/5VZRGLVLHw

the Iron Throne would be burned in the end

What Is The Cutest Thing You’ve Ever Seen A Dog Do?
20+ Photos Of Confused Old People On The Internet That’ll Warm Your Heart And Make You Laugh
22 Jokes About Yoga That Are Genuinely Funny
Why Are Barns Painted Red?