People Are Sharing The Stupidest Things They Believed As Kids, And IDK Why But They’re Seriously Hilarious

TBH, one of the best parts of being a kid was believing some of the most random, ridiculous, and nonsensical things ever. 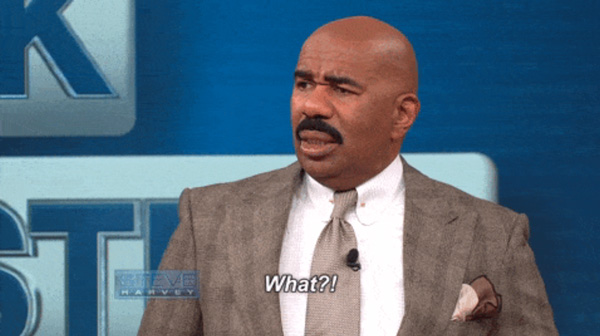 Well, this viral Reddit thread asked people to share the stupidest thing they believed as a child, and the responses are equal parts hilarious, adorable, and “WTF?”

#1
“I thought burglary was a profession, and that criminals’ shifts started when the sun set, so they’d be on the clock all night robbing houses. To calm my fears, I would put my blinds up a little, lay down in a pile of stuffed animals, and freeze, staring out the window. That way, I’d look like a doll, and if a burglar saw me through the window, they wouldn’t realize I was a human. Then I could get up and call 911 when they looked away. I feel asleep in that stuffed animal pile every night for two years.”
MsWinty / Via reddit.com

#2
“I believed that every song on the radio was being performed somewhere live, and that when you turned up the volume on the radio, the singer would sing louder at their venue.”
idkitdontmatter / Via reddit.com

#3
“I thought that when people died in movies, they died in real life as well — and that they gave their life to complete the movie.”
FilthyBorking / Via reddit.com

#4
“I thought that the ‘eject’ button on my dad’s car would send me flying through the roof.”
Slav_Vapor / Via reddit.com

#5
“I used to believe that if I drank enough milk, I could grow enough bones for two extra arms…which I would then use to climb walls.”
ralanr / Via reddit.com

#6
“I believed that all dogs were male and all cats were female.”
Wrong_Answer_Willie / Via reddit.com

#7
“When I was a kid, it seemed like every movie and TV show had some episode in which someone had to escape quicksand, so I thought, ‘Oh sh*t, I better be prepared for when I inevitably fall into quicksand as an adult.’”
OneGoodRib / Via reddit.com

#8
“I used to think that the money offering collected at church would be put into a huge cannon to be shot up to heaven for Jesus.”
-bougie- / Via reddit.com

#9
“I thought that any time a woman went to the hospital it was to have a baby. So when my 98-year-old grandmother was in the hospital, all I wanted to know was when the baby was going to get here.”
pcliv / Via reddit.com

#10
“I believed that eating sliced bread would make me immortal.”
sinclairlim / Via reddit.com

#11
“My address was 25029, and my parents told me that number represented my mom’s age, 25, and my dad’s age, 29, when they got married, and that the 0 represented how many kids they had at the time. I thought that rule applied to all home addresses, and I would always see houses with addresses like 05785 and wonder how a 5-year-old married an 85-year-old and already had 7 kids.”
zacrav1 / Via reddit.com

#12
“I thought that chocolate milk came from brown cows.”
RayTakesPictures / Via reddit.com

#13
“I used to think that before color TV everything was black and white, and I asked my Nan what it was like when people saw in color for the first time.”
Solidolive / Via reddit.com

#14
“I was told that God lived up in the sky, and the highest thing I could think of was the pipe sticking out of my neighbor’s roof. So I thought God lived in the pipe.”
RuinEleint / Via reddit.com

#15
“I thought I could trap good weather in a bottle and release it later. Except I didn’t have a bottle, so I used an empty Tic-Tac container — I filled it partially with tepid water, opened it on a perfect day, and got all that good weather in there. Then I saved it and released it several months later, and I SWEAR the weather turned nice!”
JadieRose / Via reddit.com

#16
“I used to think people in high school were grownups, until I got there. Then I thought the same thing about college. Now I know that ‘adulting’ is just faking it and acting like you actually know what you’re doing.”
BlueSuiterPirate / Via reddit.com

20 Powerful NSFW Photos From The 2018 Birth Photo Competition Prove That Moms Are Badass
What duo would you nominate for the “Best Friends Forever” Award?
Tibetan Mastiff Disguised as Lion at Chinese Zoo
Nothing Else Matters Classical Guitar Cover