He then kicked things off with a quote of his own:

Shortly after that #DadQuotes was trending worldwide. 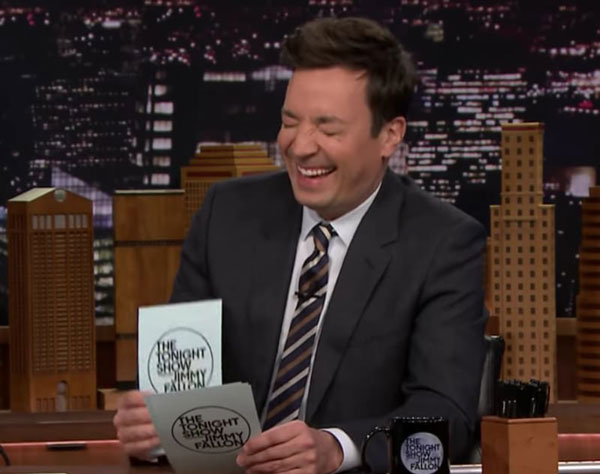 Here were the 18 funniest, most dad-tastic responses:

#1
When I was in third grade, we were moving to a new house and I was devastated. I was crying so hard and I asked my dad why we had to move. He responded with, “Because you always leave your towels on the floor.” I’ve hung up my towels every day since.
bethany_loggins / Via twitter.com

#2
At every restaurant named after a person:

My dad to the waiter: “Thanks Jake!”

Me: “Nope dad, that’s just the name of the restaurant. Jake is not actually serving us.”

Every. Time.
LindsaySwink / Via twitter.com

#3
(When my dad got his first smart phone) “Hey Heather, when does the App Store open?”
HeatherRou / Via twitter.com

#4
My grandfather, sitting in the post op room after having glaucoma surgery with me, a nurse and my grandmother. I see his zipper is down and tell him that it’s down. At 80 years old, doesn’t miss a beat, and just replies with “What can’t get up, can’t get out”
JoeMeuse81 / Via twitter.com

#5
One time my siblings and I were minding our own business in the kitchen and my dad looks at us and laughs, when asked he replies “everyone in this room is here because I got laid”
popessidegame / Via twitter.com

#8
At least once a year my dad asks me: “ Did you hear they found a dead guy in a bathtub full of milk?” He pauses, “They think it’s a cereal killer.” Then he laughs for about five minutes. Every. Single. Time.
WichitaKat / Via twitter.com

#9
One day my dad walked around randomly calling everyone “Buck Mustard”
Stiff_Chick25 / Via twitter.com

#10
The other day we saw someone sniff a coupon. My dad looked at me, dead serious, and said “That’s how you know the coupon’s still good.”
Justin_BQuinnic / Via twitter.com

#12
EVERY time we drove by a cemetery with a fence around it my dad would ask “Do you know why there is a fence around that cemetery?? People are dying to get in there”
james_on18 / Via twitter.com

#15
At dinner one night my brothers phone buzzed. He got an alert saying that George Michael had died. Without missing a beat my dad says “Wham..Just like that….”
craig_mcnabb / Via twitter.com

#16
When I was a kid, I was studying the solar system in school. When I was telling my parents about it, my dad asked “Have you heard of the restaurant on the moon? It has great food, but no atmosphere.”
justintimbrpond / Via twitter.com

#17
Every time we’re at the beach and one of us goes into the water my dad will without fail ask “How’s the water? Wet?”
eleanorkennedy / Via twitter.com

#18
When people at stores or restaurants ask my Dad “how are you?” Or “how’s it going?” His response is always “teetering on the brink of magnificence” ALL. THE. TIME.
plhsecon / Via twitter.com

What’s The Weirdest Phone Call You Have Ever Received?
12 Of The Most Epic Leg Tattoos
The Creepiest Thing That A Little Child Has Ever Asked You
The Ugly Wife is a Treasure at Home