We’re pretty sure that everyone has been in a situation when they were super embarrassed and just wanted to disappear forever.

#1
I get into the elevator with some guy. We start going and he asks me, “Do you want to go to a cafe?” I smiled at him and said, “I do.” He looked at me in a weird way and pointed at his Bluetooth earpiece. So, have you ever wanted to jump into an elevator shaft?
reddit.com

#2
The 2 things that our camp guides were most scared of were losing someone and someone getting pregnant. And so my friend Mary (we were 12 years old) told the camp guide that she seemed to have gotten pregnant (she just loved attention). The camp counselor was terrified and whispered, “From who?” Mary was scared and whispered back, “Does it have to be from someone?” The counselor yelled at her so loudly that I think half the camp woke up.
NikkiKi / Via pikabu.ru

#3
I snapped this intriguing shot while driving. I captioned it with something like, “When you have a crazy day and a lot of work but you can’t forget about beauty because your skin won’t take care of itself”. 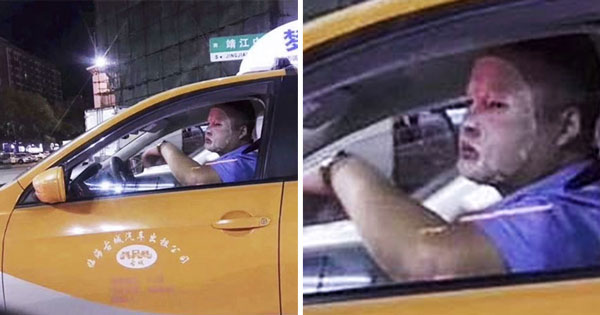 #4
I was in the elevator area of my former job and wearing a skirt that was a little too big for me. Luckily, I had one of those long sweaters on over it because I was talking to the maintenance guy and the skirt just dropped to the floor like, “and we’re done here…” and the guy and I just stared at each other for a small eternity.
sinicuichi / Via reddit.com

#5
I’ll never forget how on one of my first days in college, I met a guy whose name was Chandler. When he asked me for my name, I told him I was Monica. My friend witnessed this conversation and later asked me why I lied. I said I wanted us to be like the characters from Friends. And he was like, “Are you nuts? Your name is Rachel, and there was a Rachel on the show!”
reddit.com

#6
Once, I had this really weird conversation with a guy. I think he was too nervous: 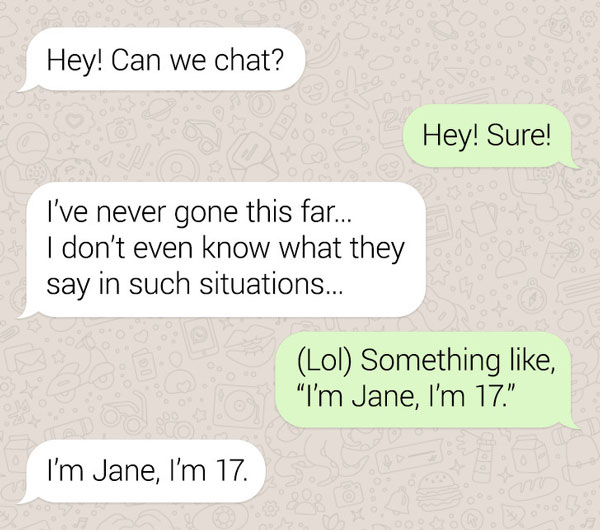 #7
I ran face first into a street light lamp post because I was staring (while walking) at a beautiful girl walking toward the direction where I was coming from. It was in front of the main gate of our university. Hundreds of students saw it. My friends laughed so hard.
KiwiPin0 / Via reddit.com

#8
I’m a very responsible person. But once, after a crazy party, instead of setting my alarm clock, I entered “8:30” in my calculator.
reddit.com

#9
Yesterday, after a bachelorette party, we went to a water park where I almost drowned. The next day I was very angry that the employees didn’t care about the safety of the visitors. But then my friends sent me this photo and it just turned out that it was me who was crazy and thought I was drowning in a pool for children. 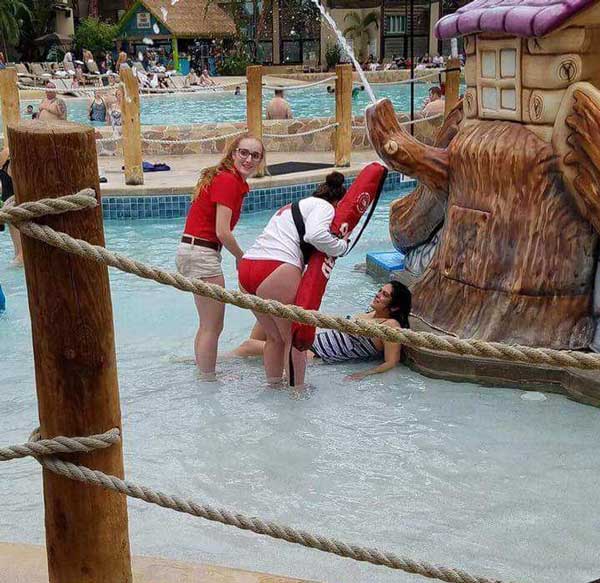 #10
A blind woman wanted to know where the front of the bank was and I pointed and said, “It’s over there.”
Kirjath / Via reddit.com

#11
My wife and I went out for a drink one night. We walk into a bar and I see someone I know with their back turned. I walk up behind them and tickle their sides. Turned out, I didn’t know this person, they just gave me a weird look and walked away. Got their spot at the bar though.
buefordbaxter / Via reddit.com

#12
My wife and daughter gave me an iPhone. I had never used one before and I decided to text a voice message. This is what I sent to my daughter:

#13
I took my grandmother to Starbucks for the first time. A barista asked her a standard question: “What name should I put on the coffee?” Grandma was amazed, looked at him, then turned to me and said, “He wants to give my coffee a name. Is he a junkie? How was he even hired in the first place?”
reddit.com

#14
It happened in my childhood. My mom was in the kitchen with her friend who was complaining that men don’t care about her at all. Then I said, “This is very bad. I also didn’t take care of my fish and now it’s dead. It’s sad, you are still so young.”
reddit.com

#15
Before the prom, I went to a salon and asked to make the hairstyle like the one in the left photo to look like a princess. But I ended up looking like our principal: 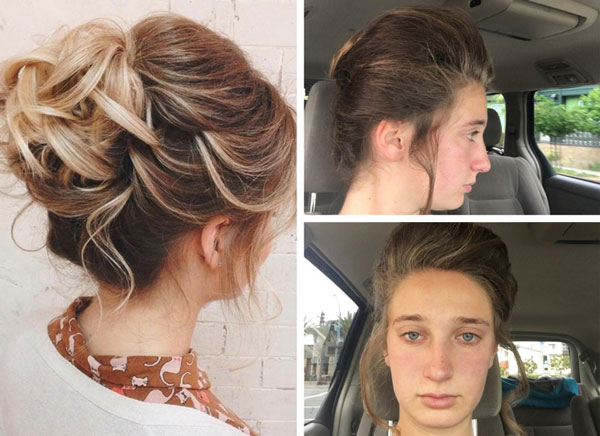