18 Designs Tattoos Artists Are Sick And Tired Of Doing

Recently, Reddit user u/Dexley posed the question, “Tattoo artists, what pieces are you tired of doing?” Here are some of the most overdone tattoos, according to tattoo artists:

#1 Big cats in crowns
“The head artist at my shop was getting super burnt out on big cats (specifically lions) wearing crowns. In about a month, he’d done five realistic lions (and a panther) wearing crowns on dudes who wanted to feel like kings. I had to start politely turning them down when people called to inquire about them.”
AncientCatGod / Via reddit.com

#2 Anchors — usually accompanied by the words, “Don’t sink.”
“And when you ask them what it means, it’s always, ‘It symbolizes that I can’t be held down.’“
MCsquared3745 / Via reddit.com

#4 Chemistry tattoos
“I have a couple chemistry tattoos, and my artist made a comment about girls getting dopamine, serotonin, and oxytocin with the word ‘Happiness.’ Seemed like he might have done a few too many.”
SPECTRE-Agent-No-13 / Via reddit.com

#5 The entire Bible
“I’m not religious at all, but I think I’ve ascribed the entire Bible on human flesh at this point.“
RAWest_ofRaw / Via reddit.com

#6 Palm trees
“My local tattoo shop in the Caribbean has a running tally of how many times they’ve had to tattoo palm trees on girls’ ankles.”
tonikyat / Via reddit.com

#8 Barcodes
“My friend got so tired of doing barcodes on people’s necks, he made a game out of using the silliest products as references. So if the customers scanned the tattoo, they’d see that the barcode was for sanitary products, a bag of nuts, mashed
Bobvankay / Via reddit.com

#10 The outline of Pikes Peak
“I went to a tattoo artist in Colorado once. He asked what I was thinking of doing, and I said, ‘I want an outline of—’ and he just sighed and said, ‘Listen dude, I’m sorry, but if I have to tattoo Pikes Peak one more time, I’m gonna lose it.’

For the record, I was asking for a rat, and he apologized profusely, but I thought it was hilarious. I know three different Coloradans with Pikes Peak tattoos.”
Renlywinsthethrone / Via reddit.com 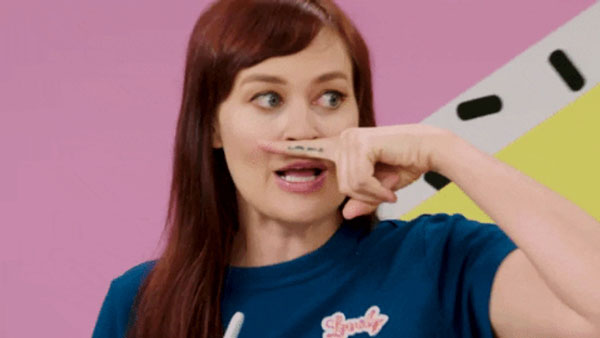 #14 Face tattoos on 18-year-olds
“I’m not against face tattoos — I have friends and peers that wear them quite well. My issue is 18-year-olds who want to get them because they want a certain look. Pop culture has made them seem a lot more acceptable then they actually are. At the end of the day, in the majority of careers, they will hinder employment.”
asshatface666 / Via reddit.com

#15 Octopuses
“I’m completely sick of octopus tattoos. Everyone who has one thinks they’re insanely unique and doesn’t realize it’s a ridiculously popular tattoo.”
ffunster / Via reddit.com

#16 Literally getting the words, “Your name” on someone’s butts
j3rt190 / Via reddit.com

#18 And lastly, infinity loops
“As I was setting up my last appointment, my artist and I were talking at the front desk when the receptionist took a call. They told the caller, ‘Just a minute,’ and asked my artist: ‘Hey, do you have time for a walk-in today?’ He looked over and said, ‘Maybe, what do they want?’ ‘An infinity loop.’ ‘Are they on hold?’ ‘Yes.’ ‘Fu*k that, I’m so fu*king sick of infinity loops. Tell ‘em I’m busy.’ Safe to say my artist is sick of infinity loops.”
aZombieSlayer / Via reddit.com

Answers have been edited for length and/or clarity.