25 Times The Goodness Really Jumped Out This Month 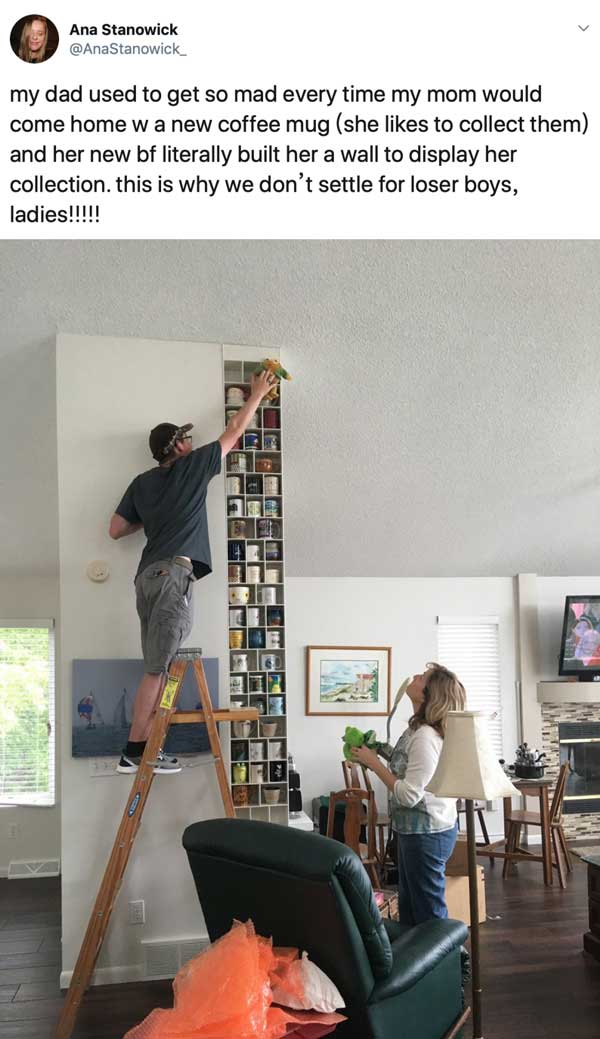 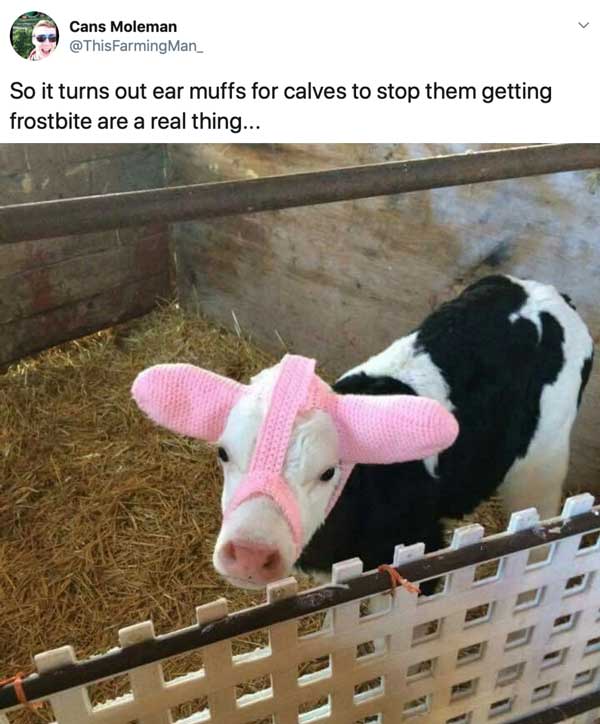 #3 This girl had a Nun-themed birthday party!!! 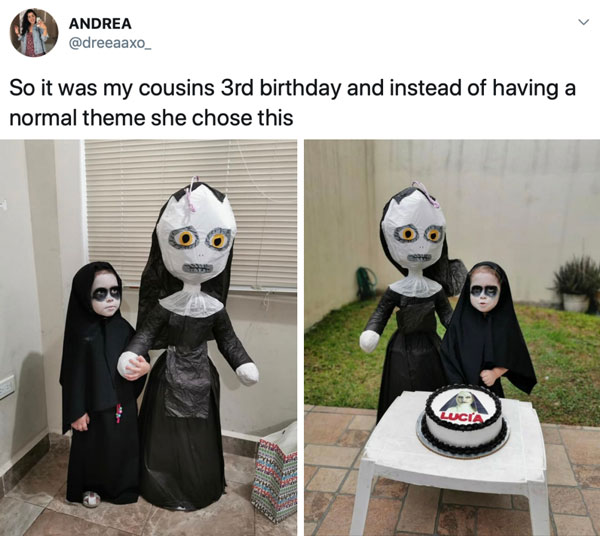 #4 These three went for a lil’ joyride: 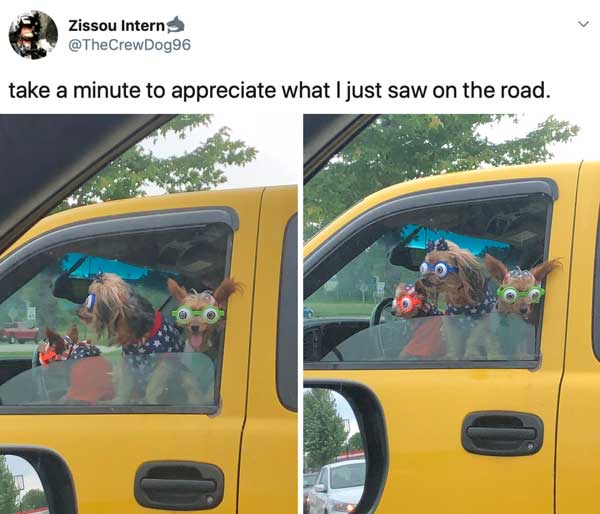 #5 This lil’ guy got dressed all by himself and simply had to share the news with his dad: 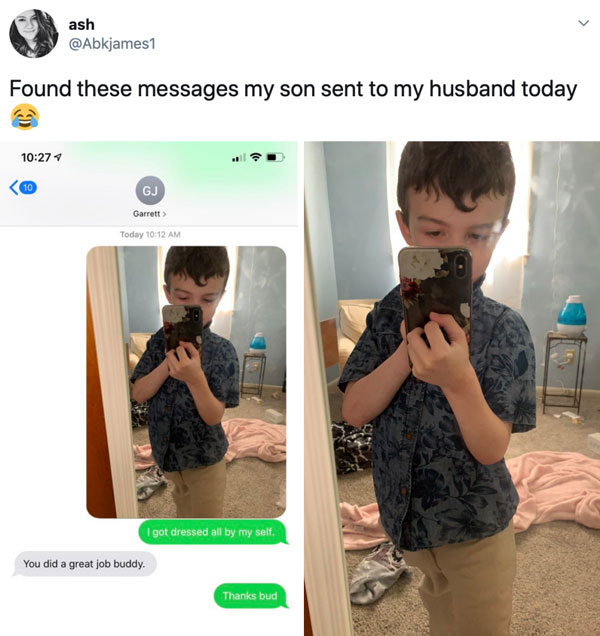 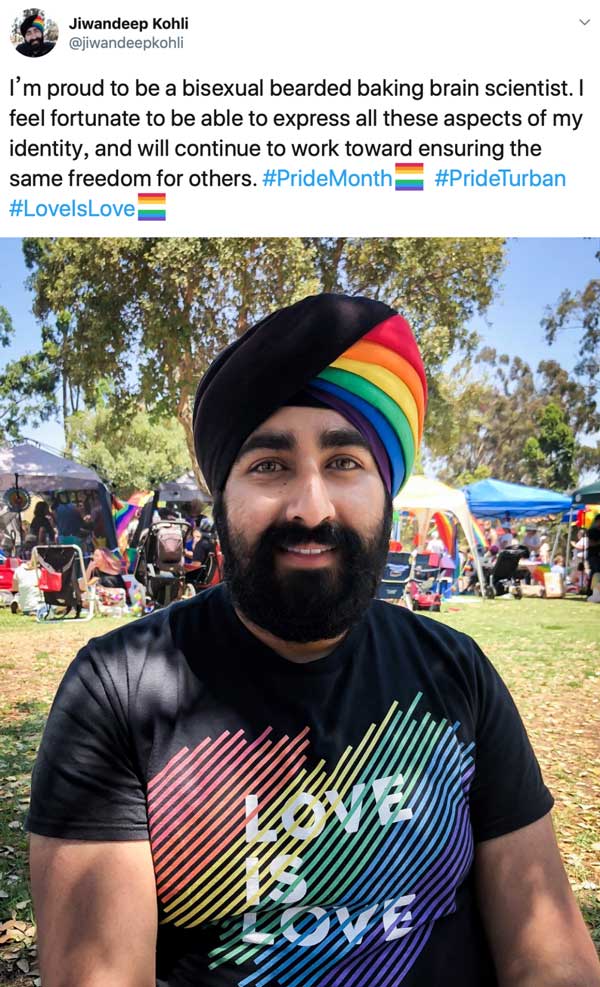 #7 This daughter WENT OFF in some subject lines:

#8 All guinea pigs were officially renamed “genuine pigs” and frankly, I don’t care what anyone else says: 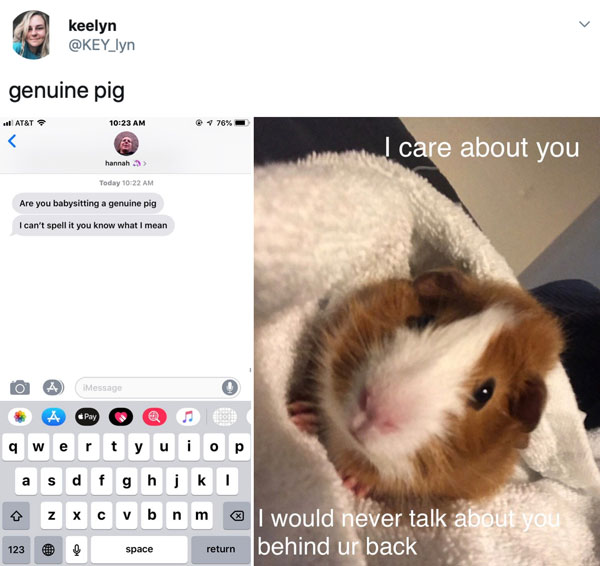 #9 — to no one’s surprise — “Unwritten” by Natasha Bedingfield still proved to be THAT song:

#10 This grandpa proved he still had the music in him:

Dad has dementia. Sometimes he drifts into another world and I feel like I’m losing him. He is never more present, however, than when he plays the piano.

He came to mine today and I asked him to play one of his compositions. He thought he wouldn’t be able to remember it. pic.twitter.com/EQGcXBwB3w

For those who didn’t see it on my snap, this was my parents UNREHEARSED reaction to me coming home in perfect unison pic.twitter.com/t8Ckpos9yB

This Video of A Mother who went to visit her son at his first job might be the best video you’ll see online todaypic.twitter.com/Rbg8t3R8dc

this might just be the best tik tok ever pic.twitter.com/01dWEOr5Ld

i thought i share at how my dad reacted to finding out my sister is pregnant, best father’s day gift ever pic.twitter.com/EaayGbB5hv

#15 This video compilation just really resonated with anyone who’s ever tried to win over a cat:

I went to visit my brother and his cat wasn’t the biggest fan of me so I compiled all the videos I have of her and added music for your enjoyment pic.twitter.com/Te1SXg6oGy

#16 This stepdad got the *MOST* heartwarming gift from his daughters:

My biological dad was a drug addict and physically abusive to my mother. 12 years ago, my stepdad brought the light into our world again. He’s always loved me and my sister as his own. And so we decided to change our last name this Father’s Day. I love you Dad.pic.twitter.com/q8XnmkypK1

My dad just built a neighborhood library in his fence and is so excited that books have been takenpic.twitter.com/BcZyacPTnY

I have a very important and adorable update: @God_Son80's daughter has met a fawn and they are now best friends pic.twitter.com/udYBXiPFnw

My mom and her sister were separated November 1990 before the Somali war. After a lifetime of phone card calls, text, video chatting and FaceTime calls today they reunited in person. I have never been so happy in my life.pic.twitter.com/oU3cxgjKQs

#20 This kid put on a very large and absorbent Band-Aid:

so my brother went in my bathroom to get a band aid and i…. pic.twitter.com/utGh2NE27t

My dogs back legs were paralyzed last month, but I don’t think he knows yet so don’t tell himpic.twitter.com/TW7Xbz47xo

#22 This smol babiño *quite literally* dapped her big brother:

everyone is telling me to post this so Incase you missed my snap storypic.twitter.com/ggwBVYcToU

#23 The most amazing grocery delivery footage was captured:

My sister just sent me this video of her groceries getting delivered, y’all I’m cryingpic.twitter.com/m6cD09fNA2

How unbothered are you?

#25 THIS FATHER AND SON WERE REUNITED FOR THE FIRST TIME IN YEARS, AND I’M—:

Mi tio went to go visit his dad in mexico for the first time in yearss. he didn’t recognize him at first but once they told him who it was he immediately got emotional. Feliz día de los padres!pic.twitter.com/7KRlLtvD9s

20 Photos That Prove Nature Will Never Get Tired Of Surprising Us
“Why I Hate My Uncle”, by Hitler’s Nephew
16 Tweets That Prove Little Sisters Are Absolutely Unpredictable
What Is Your Worst Ever Showering Experience?