And you seriously won't know how to respond.

If you’ve ever been to a wedding, you’ve probably seen your share of the good, the bad, and the totally awkward: 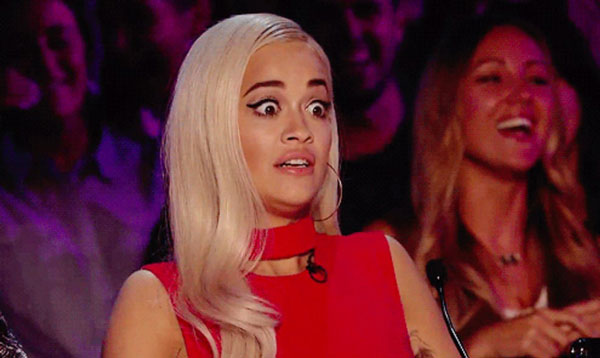 Well, a viral Reddit thread asked people to share the worst things they’ve ever witnessed at a wedding, and they will make you laugh, cringe, and go, “Seriously, WTF?!”

#1
“When my uncle got married, the best man dropped the ring. In the dead silence of the church, you could hear it go, ‘Ting, ting, ting,’ as it bounced along the floor. One of the groomsmen whispered, ‘Jesus Christ,’ and the pastor — who didn’t even bat an eye — replied, ‘The ring has already been blessed, thank you.’”
ink_monkey96 / Via reddit.com

#2
“I was at a wedding in which someone’s sanitary pad fell off in the middle of the dance floor, and someone else just kicked it to the side…where it sat all night.”
stringring_vagblaster / Via reddit.com

#3
“I went to my husband’s brother’s wedding a few years ago, and his ex showed up, uninvited. We thought it was a little weird at first, but didn’t think too much of it when she sat down with her baby. But when the guests were asked if there were any objections, she stood up, said that the groom had gotten her pregnant, and that this was his son.”

“The groom tried to deny it, but she held up the proof. The bride ran out of the wedding, and they broke up.”
weird_emo_person1 / Via reddit.com

#4
“My cousin had a break dancer at their wedding. He was pretty good, until he split his pants during his act, revealing to everyone that he was going commando. But he gave zero fu*ks, and just kept going.”
PmYourTopComment / Via reddit.com

#5
“I went to a wedding between an elderly pair, and the pastor didn’t speak English very well. Well, when he got to the end of the ceremony, he said, ‘You may kill the bride.’ He quickly corrected himself, but the whole church cringed.”
kmartofseduction / Via reddit.com

#6
“When the father of the groom stood up to make a toast, he asked his wife — in front of everyone — to confirm that he was not the groom’s biological father. His wife was dead silent.”
RedditSkippy / Via reddit.com

#7
“During the minister’s speech, he asked, rhetorically, ‘What is love?’ and several groomsmen muttered, ‘Baby, don’t hurt me.’”
PoseidonsHairyNipple / Via reddit.com

#8
“At a wedding I attended, the groom slipped the bride a lot of tongue. Like an awkward, gross amount of tongue. Everyone was uncomfortable.”
Grawgar / Via reddit.com

#9
“I was at a conservative Christian wedding when the officiant said, ‘During my wedding night, there was something I really wanted to do, but I was too nervous to ask, so I didn’t say anything. But I encourage you two to do it. And that thing is…kneel. And pray together.’ The best man totally lost it, and it broke the tension in the room.”
thehairtowel / Via reddit.com

#10
“The bride and groom were at the altar, and the minister said, ‘We are in the presence of family and friends who are all here to give this union their blessing,’ to which the groom’s mother stood up and said, ‘No, not everyone — I do NOT give this my blessing.’ It was both horrible…and kind of hilarious.”
JedLeland / Via reddit.com

#11
“The bride and groom smashed a cupcake into each other’s face, so everyone else started throwing cupcakes at each other, too.”
Crown_of_roses / Via reddit.com

#12
“I went to a very strange wedding in which the mother of the groom claimed she had a vision of ‘heavenly gold dust’ falling on the bride and groom on their big day. She then pulled out a container and started THROWING GOLD GLITTER at them! It was impossible not to laugh.”
MubbaBump22 / Via reddit.com

#14
“The bride’s two sisters recited their speeches word-for-word from the bridal shower scene in the movie Bridesmaids. Hardly anyone got it, and it was awkward.”
Poptart47 / Via reddit.com

#15
“When my father-in-law married my wife’s stepmother, she came down the aisle with the back of her dress accidentally tucked into her nylons. We thought it was hilarious.”
Kopitarfan / Via reddit.com

#16
“At my uncle’s wedding, they had a drone film the whole ceremony. Needless to say, nobody could hear a single fu*king thing.”
PleaseDontTellMyNan / Via reddit.com

#17
“The bride’s wedding vows ended with, ‘I vow to never point a loaded gun at you again. Just remember, it’s my world — you’re just living in it.’ Her family kept talking about how beautiful her vows were.”
22cthulu / Via reddit.com