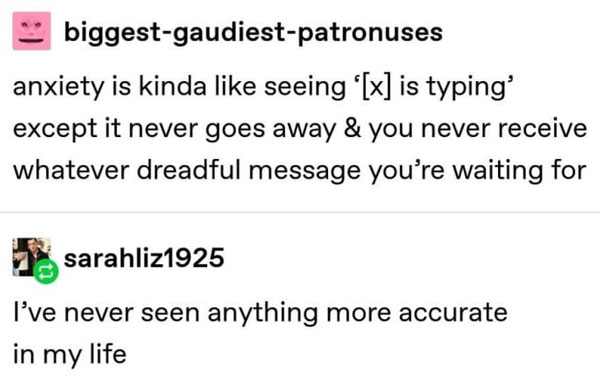 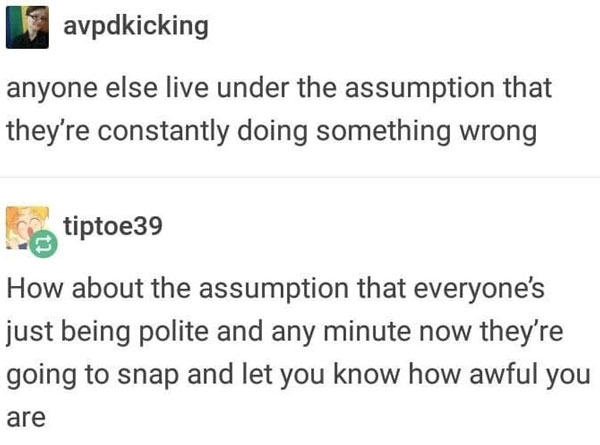 #3 When you second guess even your smallest decisions 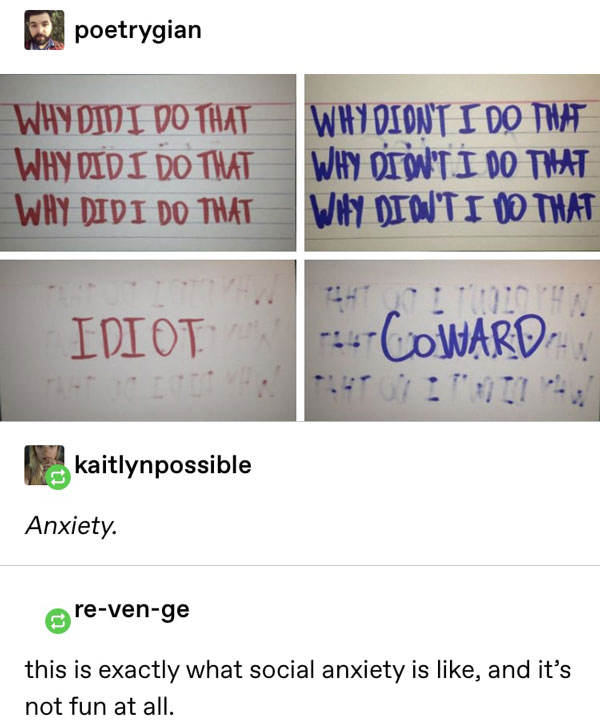 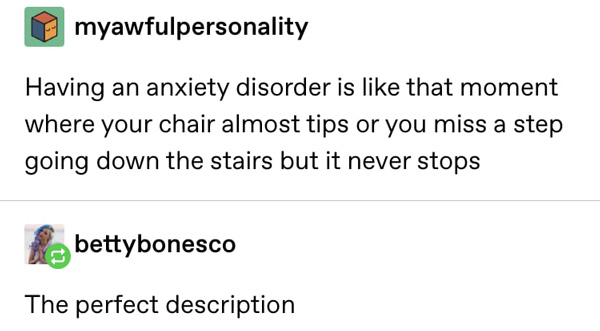 #6 When you feel totally overwhelmed by everything and nothing 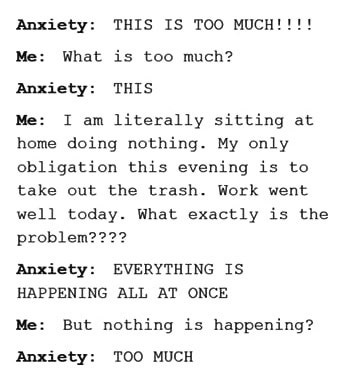 #7 When you’re always on edge, no matter what

#10 When even relaxing moments are tinged with anxiety 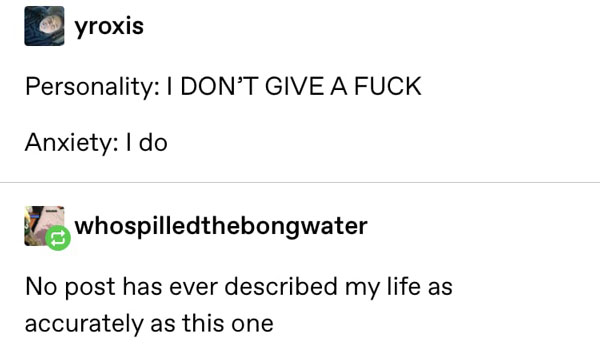 #12 When you overthink every little thing, all day, all the time 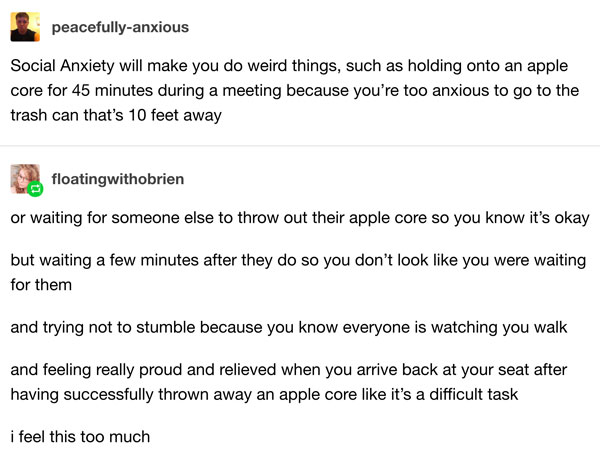 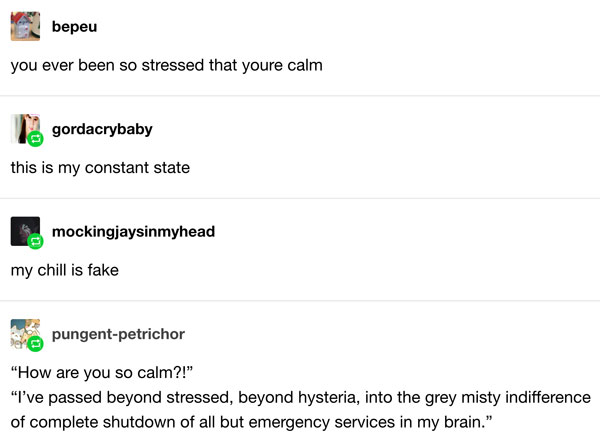 #14 When your brain doesn’t care what time it is, because it’s always Time To Worry™ 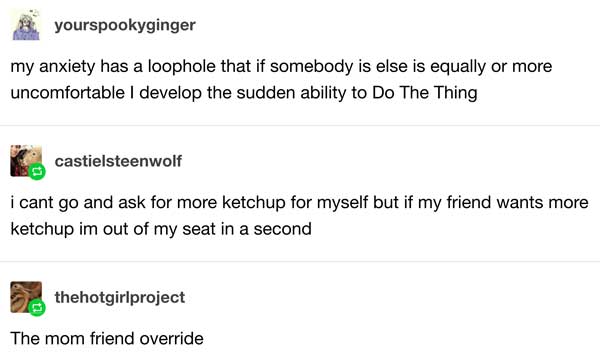 And when you realize your anxiety is a genetic leftover from your ancestors (thanks a lot!)

By the way: Humor is a great way for a lot of people to cope with their anxiety, but if you found a lot of things in this post a little too relatable, you might want to look into ways to take care of yourself. So, here are some quick resources, just in case:

* You can learn more about anxiety disorders here
* And if you need to talk to someone immediately, the National Suicide Prevention Lifeline can be reached at 1-800-273-TALK (8255) and the Crisis Text Line can be reached by texting HOME to 741741. Suicide helplines outside the US can be found here.

16 Photos That’ll Blow Your Mind Either A Little Or A Lot
Jason The Gold Power Ranger
Does Money Make You Mean?
What’s The Most Embarassing Thing You Have Seen In A Hotel Room?