15 Entitled People Who Will Make You So Incredibly Mad

Some people really have no shame.

#1 This person who felt they deserved a cake from their co-worker.

#2 This person who felt entitled to Hulu. 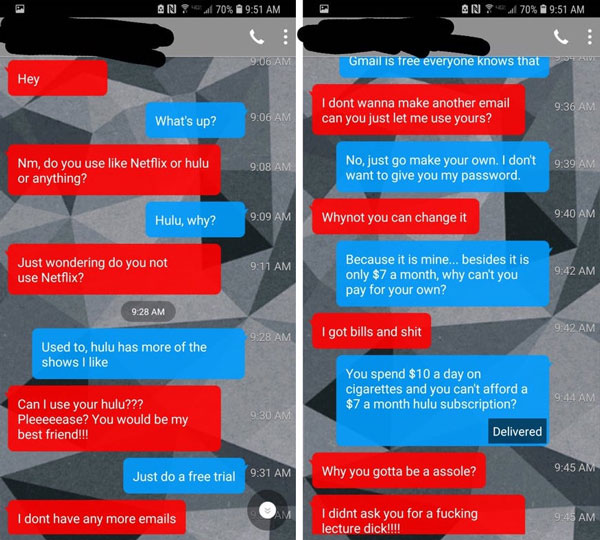 #3 This person who was trying to find a way to get more than the free chair being offered. 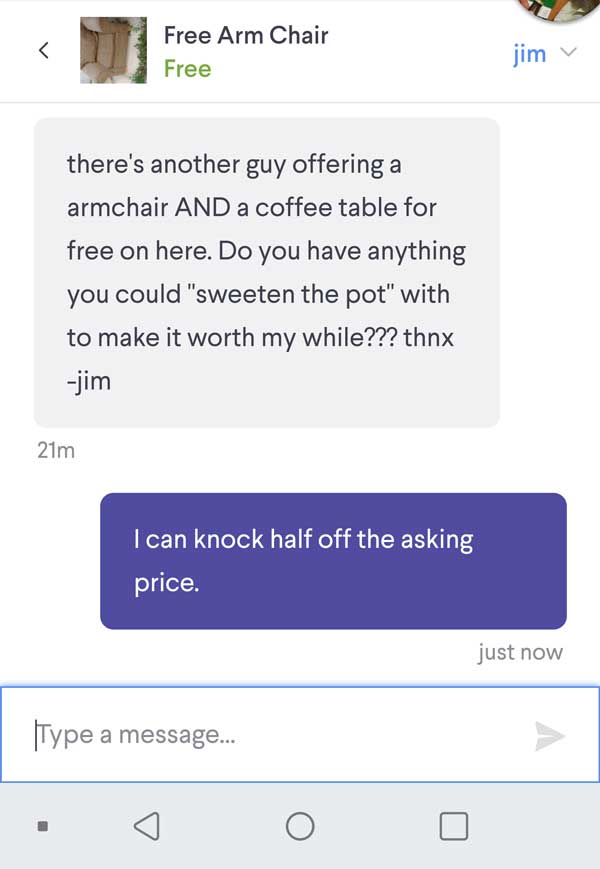 #4 This person who got rude because their low offer wasn’t accepted. 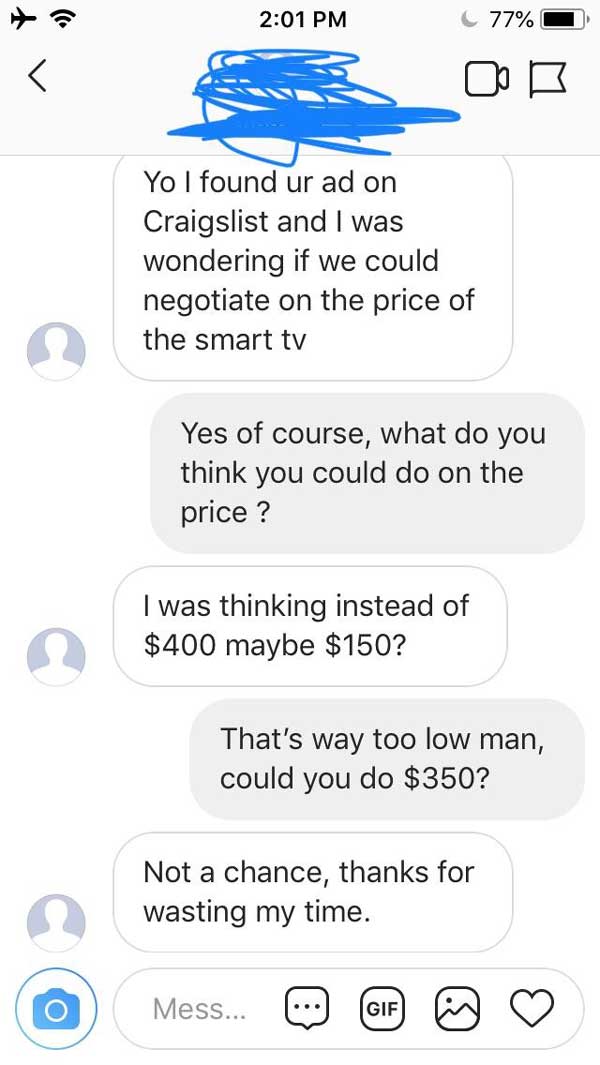 #5 This person’s rude comment because they couldn’t get a stereo system for free. 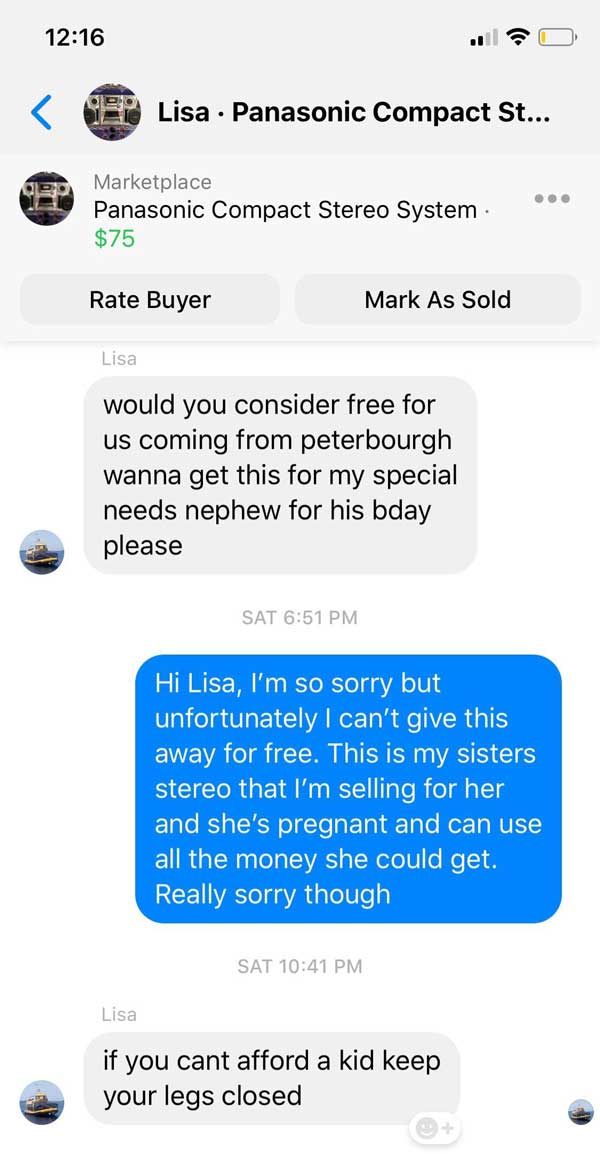 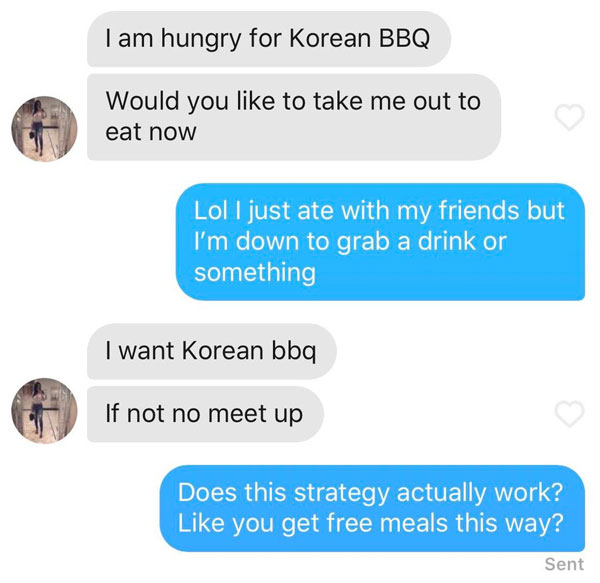 #7 This person acting as if wanting compensation for your work is a bad thing. 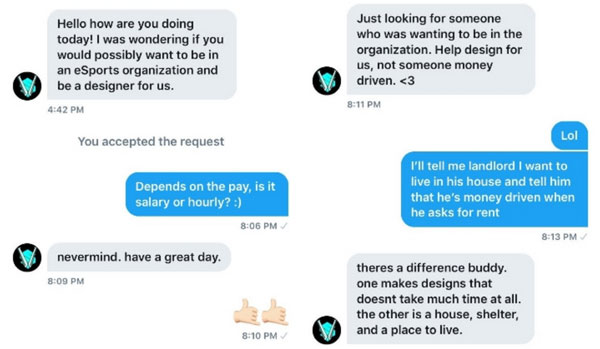 #9 This person who doesn’t understand that something is being given away for free to whoever will pick it up.

#10 This person casually requesting a skilled photographer to shoot their wedding FOR FREE. 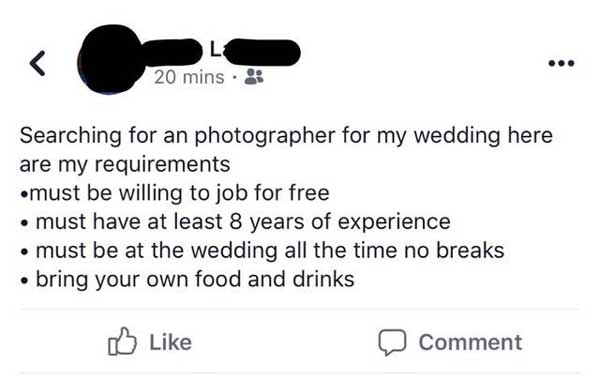 #11 This person who asked for $100 less than the asking price… Then another nine dollars as well. 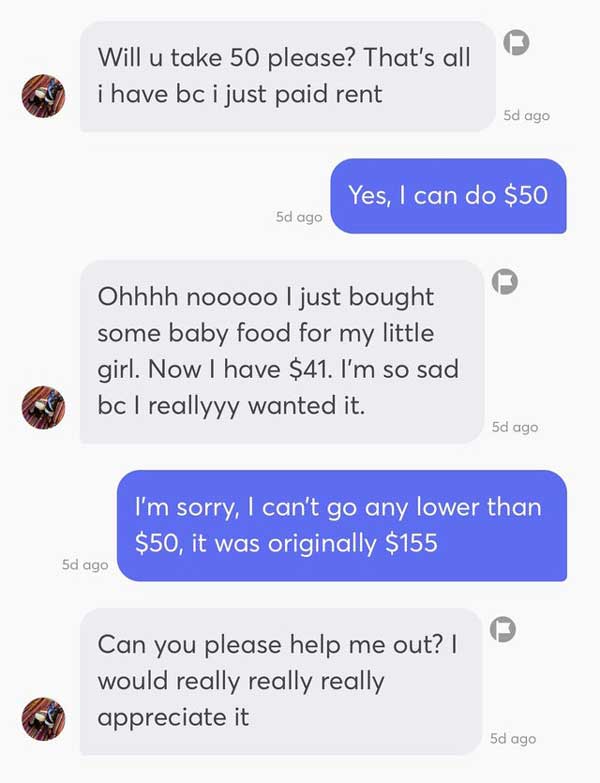 #12 This person who thought they’d get a bunch of logos drawn for free and take their pick from ‘em. 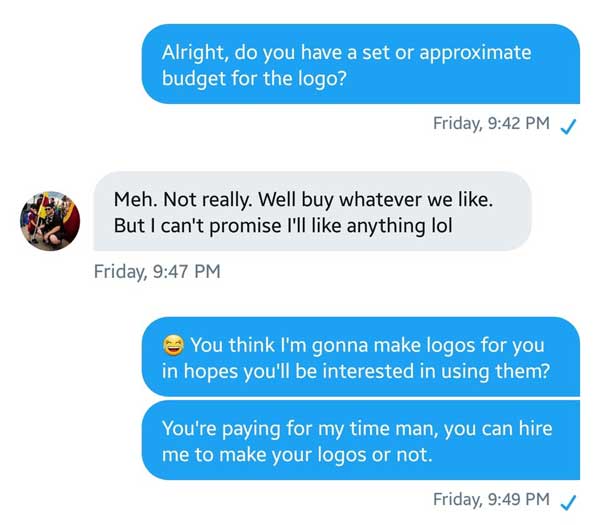 #13 This person who feels like they deserve to be able to borrow other people’s belongings.

#14 This person who thinks friends don’t lend, they give.

#15 This person who can’t fathom paying for materials to have something built.