12 Gyms That Have Infuriatingly Gross And Rude Members

Time to order some workout DVDs.

#1 The person who inspired their gym to put up this sign: 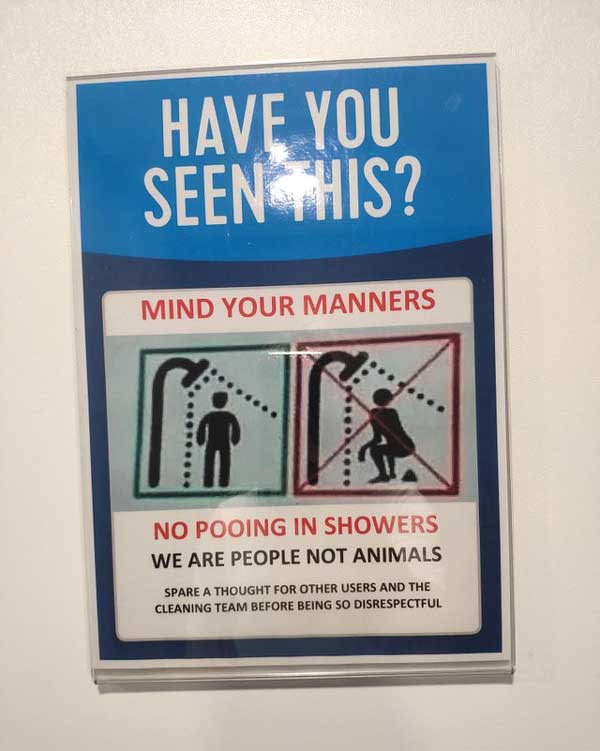 #2 And the nearly as nasty person who inspired this one: 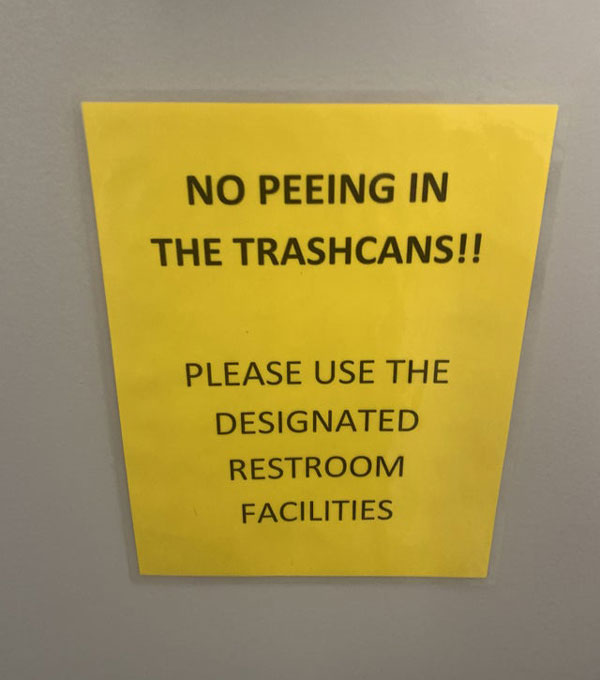 #3 The guy who likes to get a buzz on while working out: 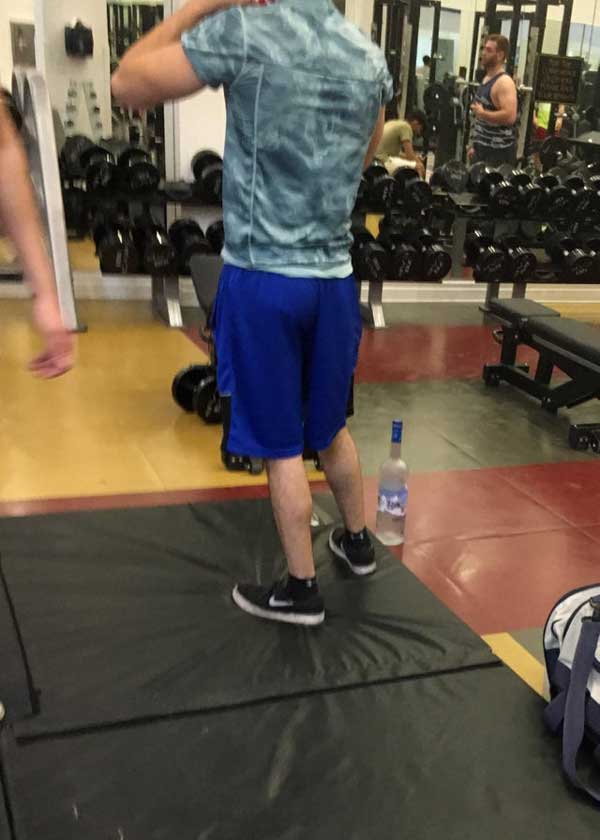 #4 The meathead who bites down on the equipment: 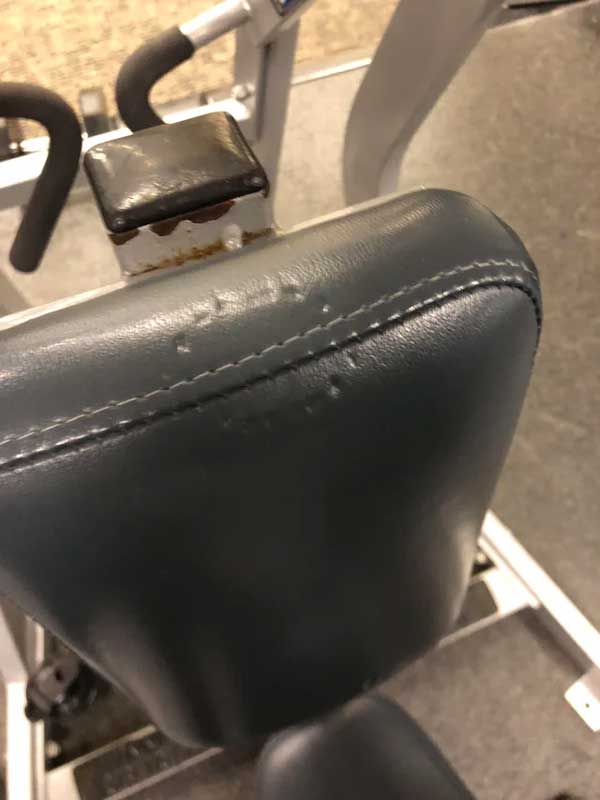 #5 And the winner who sticks their gum on the equipment: 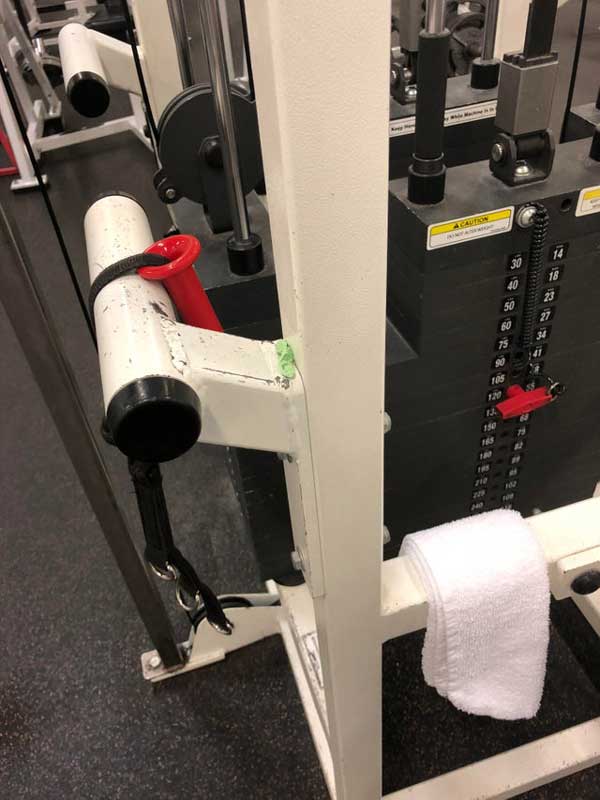 #6 The member who — for some WTF reason — keeps stealing shower heads: 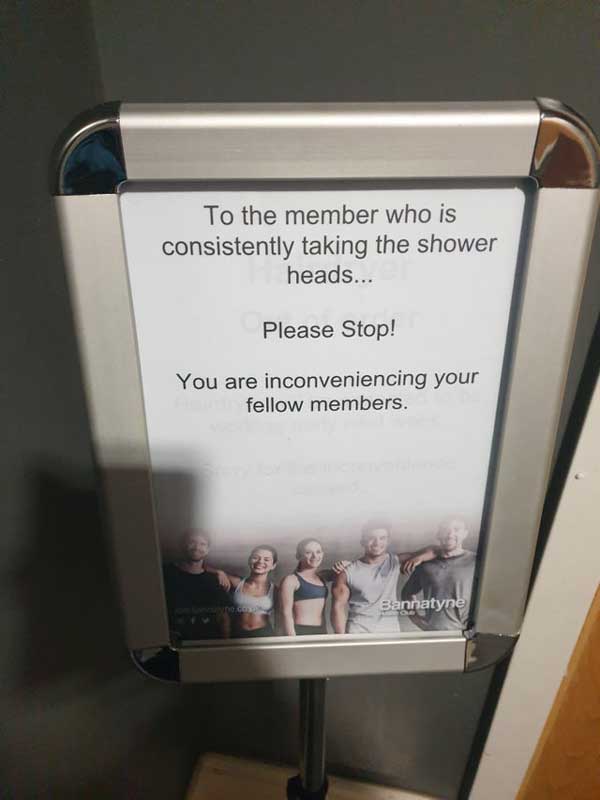 #7 The member who makes a nasty habit even nastier: 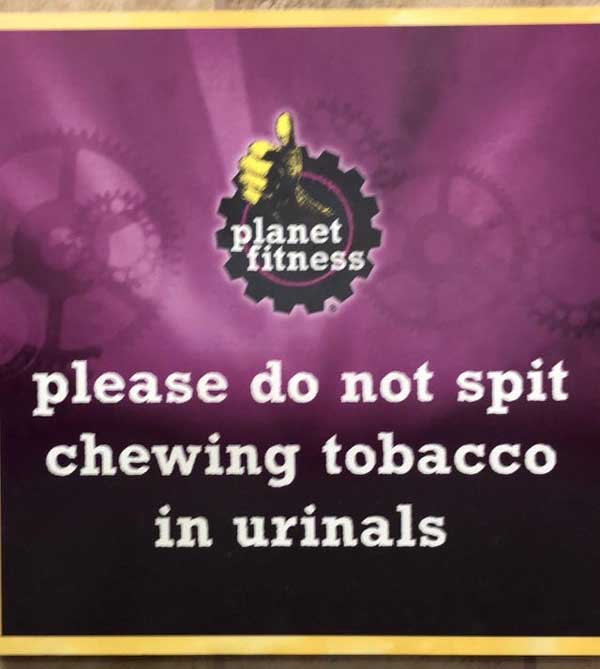 #8 And the hirsute member who shaves and leaves the sink looking like this: 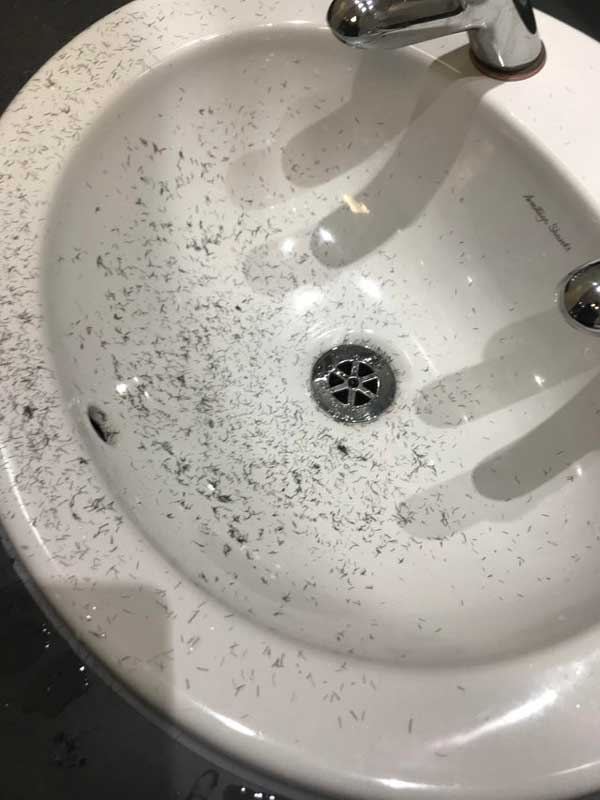 #9 The gross mofo who keeps wiping their boogers on the walls: 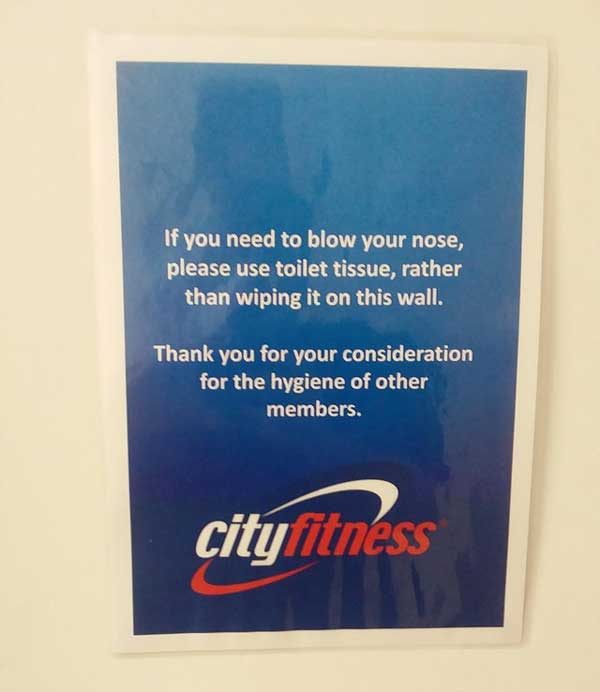 #10 The Sauna in the gym in Sioux Lookout, ON. Classy people doing classy things. 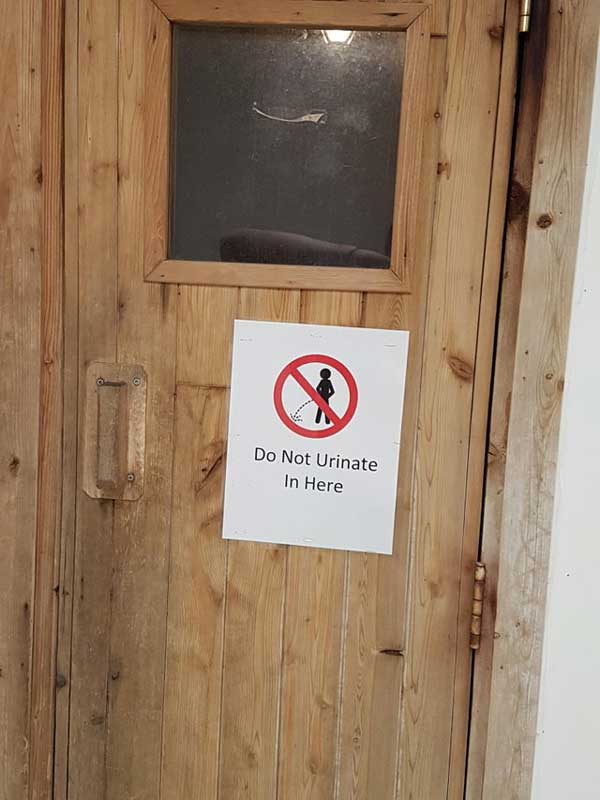 #11 The guy who skipped the day sharing was taught at preschool: 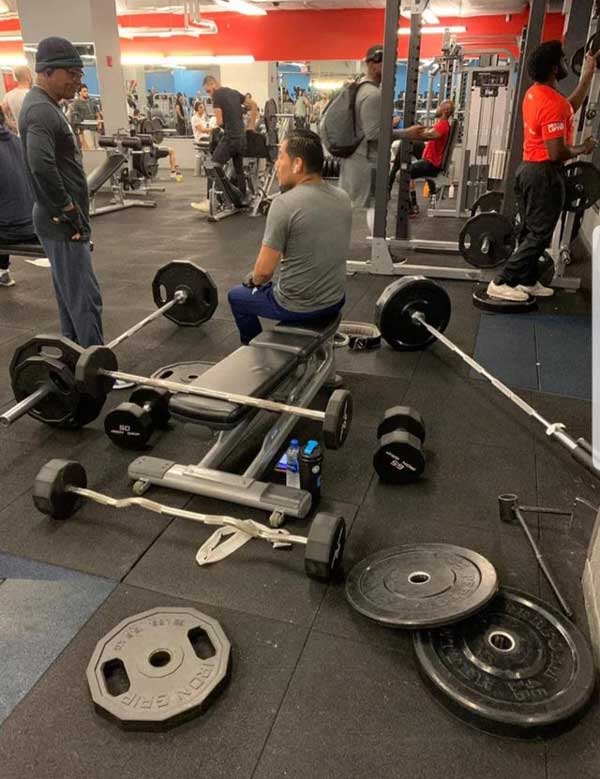 #12 The person (or let’s be real, PEOPLE) who leave the bathroom like this: 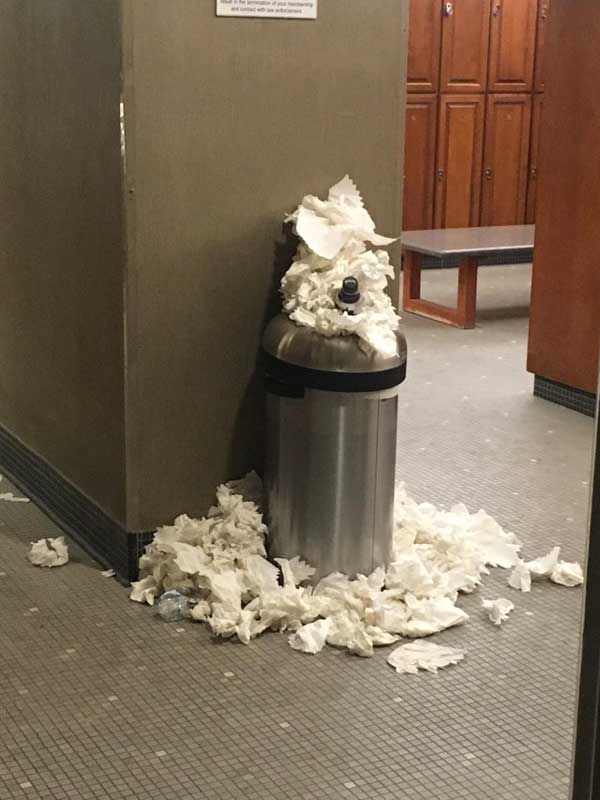 And the “gentlemen and scholars” who insist on drying their balls off with the gym’s hairdryers: 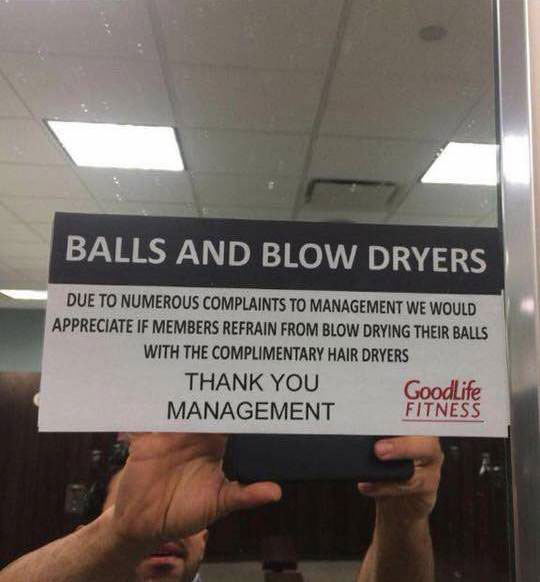