A viral Reddit thread asked guys to share the infuriating myths about them that are 100% untrue, and it turns out we have them all wrong:

#1
“That if we take a long time in the bathroom, we’re jacking off. Sometimes we’re just enjoying a long shower or browsing memes.”
zentox_ / Via reddit.com

#2
“That men only talk to women because they want ‘something’ from them.”
KolarBeear / Via reddit.com

“One time I was in a bar, and I tapped a girl on the shoulder and said, ‘Excuse me.’ She immediately rolled her eyes and snapped back, ‘Uhh, I have a boyfriend.’ ‘Uhh, I just want to get past you to the bar.’”
marsohi / Via reddit.com

#3
“That men don’t have self-image issues. You only get to hear about body positivity when it’s about women’s bodies.”
lewdel00 / Via reddit.com

#4
“That we don’t give a sh*t about our wedding day. I did.”
“I cannot believe the amount of people who said, ‘All you have to remember is where to be and to say ‘I do,’ right?’ I actually had ideas about how I wanted my wedding to look and go. But not a single person thought I gave a sh*t, even when I was trying to give my take on something. I was always met with, ‘You don’t need to worry about that — the ladies will figure it out.’”
sbroll / Via reddit.com

“I’m getting married in two months, and I can’t tell you how many people have told me that the wedding is all about my fiance´. It’s my big day as well, and letting her choose everything feels sexist and as if I would be setting our relationship up for bias and failure.”
FirstBornPlebe / Via reddit.com

#5
“I hate when people talk about the damn ‘man-flu’ or ‘man-cold’. I’m sick and feel bad, and you saying this incredibly sexist sh*t isn’t helping.”
I_DOWNVOTED_YOUR_CAT / Via reddit.com

#6
“The stereotypes in all the commercials that we can’t do laundry, cook, raise kids, or anything without our wives or girlfriends showing us how.”

“I’m single, and I have never stared at a mop like it was a plasma death ray, I have never had to rush out to buy dinner because I burned mine — except when I was drunk — and I am capable of taking care of a baby without calling a woman to give me directions.”
Kiyohara / Via reddit.com

#7
“That all men cheat. I know just as many women who cheat.”
FatalPenguins / Via reddit.com

“I was cheated on once, and I tried googling statistics to prove that more men cheat than women, but I found that it’s about equal. Turns out, some people are just a*sholes, regardless of gender.”
Schlopcorn / Via reddit.com 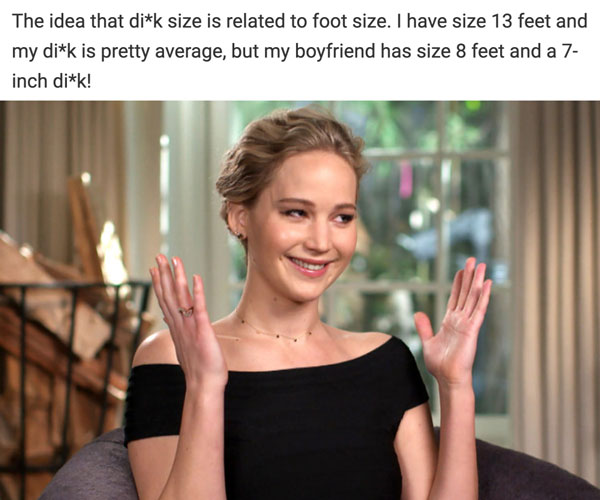 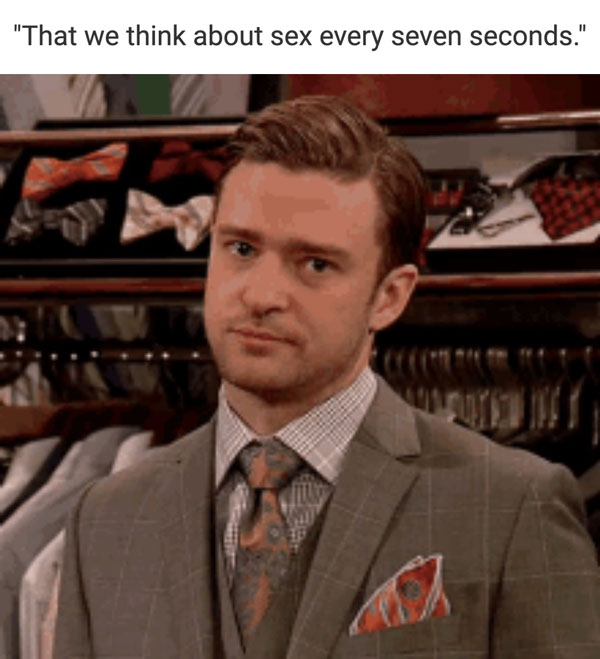 #10
“Most men have zero issue asking for directions. I don’t like being lost — it’s goddamn annoying.”
Hot_KarlMarx / Via reddit.com

#11
“I hate when a guy is courteous and helpful around the house, and a woman says, ‘Your wife (or girlfriend) has trained you well!’ No — we managed to become decent human beings without a woman’s help, fu*k you very much.”
MuppetHolocaust / Via reddit.com

“I hate when I’m out with my kids and people jokingly ask, ‘Are you on Daddy duty?’ I’ve never heard someone ask a mom if she’s on Mommy Duty. “
MacedWiindu / Via reddit.com

#13
“Mansplaining. Whenever someone asks me something, they always assume I’m mansplaining, when I’m really just giving a thorough answer.”
Graedenius / Via reddit.com

#14
“Men aren’t always okay. Most of us are in severe need of emotional support but are deprived of it because if we ask for help we are seen as weak or unattractive.”
mlastella / Via reddit.com

#15
“That we love it when women drop hints instead of being blunt. No, that sh*t’s confusing.”
Mizamagician / Via reddit.com

#16
“That we don’t need compliments. I hate when I compliment a male friend and another acquaintance overhears and teases me for it. I believe that guys deserve to be complimented sincerely every once in a while, just like everybody else.”
uera / Via reddit.com

#17
“That only creepy men enjoy being around children.”
workingMan9to5 / Via reddit.com

#18
“That we must be swift as the coursing river, have the force of a great typhoon, possess the strength of a raging fire, and be as mysterious as the dark side of the moon.”
NSA_chatbot / Via reddit.com

#19
“We actually love attention just as much as women do. And cuddling, too.”
themanyfaceasian / Via reddit.com

#20
“That we are emotionless. Sometimes it’s not the right situation to show how we are feeling. But just because I am not showing it doesn’t mean I am not feeling it.”
-Words-Words-Words- / Via reddit.com

15 Times Twitter Taught Us More Than Grade School And College Combined
15 Tweets That Will Make You Say “Why Did I Just Laugh At That?”
Here’s The Worst Career Advice You’ve Ever Received
20 Bathrooms From Hell Made By People Who Probably Haven’t Used One