20 Adults Share Basic Life Skills That They Failed To Learn

New York Times editor Jenée Desmond-Harris recently shared on Twitter her landlord’s unexpected ‘life skills blindspot’, and then asked the internet to share their own. 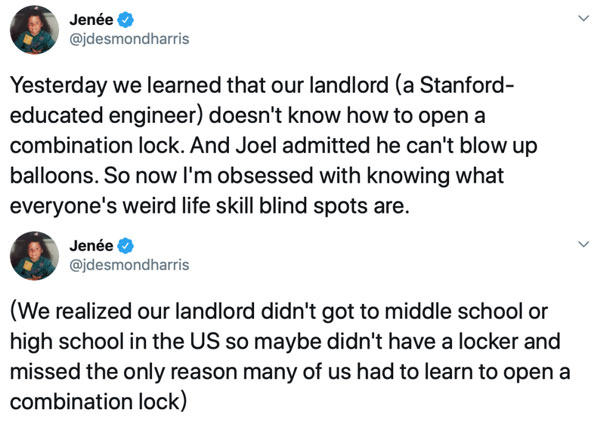 People delivered all sorts of hilarious answers and some of them you might be able to relate to. Scroll down to check out some of the best responses:

#1
No matter how many people I’m cooking for I always end up boiling enough spaghetti to feed approximately 67 people.
nrajapakseMD / Via twitter.com

#3
I’m so bad at navigation that my friends use my gut feeling as an indicator of the wrong/opposite direction to go.
KeniLF / Via twitter.com

#4
For some reason I can’t grasp the concept of time/how long ago something was.
Dr: When did you get your last tetanus shot?
Me: Hmm, maybe 2-3 years ago?
Dr: Your chart says 1991.
Me: Yep, that sounds right.
SquirrelBalls2 / Via twitter.com

#5
I have no idea how to make small talk.
Someone says “What’s new?” and my brain just goes blank. Can’t remember anything that’s happened recently or what my upcoming plans are, grasp desperately for anything to talk about, panic, drown.
baddusacid / Via twitter.com

#6
I’ve changed the batteries on hundreds of things but still have to check which ends the – and + are. Every. Single. Time.
jimshorts93 / Via twitter.com

#7
I can’t shuffle cards. I just mush them around the table until it feels done
ElSKuhn / Via twitter.com

#8
I can’t remember people’s names. 30 seconds after I meet someone I have forgotten the name however I can remember anything else cc numbers from years ago old phone numbers. Lyrics. No one has ever beat me at trivia but a name. Forget it.
JimLadd2 / Via twitter.com

#9
I can’t alphabetize things w/o singing the ABC song under my breath. And I would not be able to recite the ABCs backwards if my life depended on it.
snapgraclepop / Via twitter.com

#11
Parallel parking. Every time, 0% chance of success. We’ll just have to park six blocks away and walk.
Gayer_Than_Thou / Via twitter.com 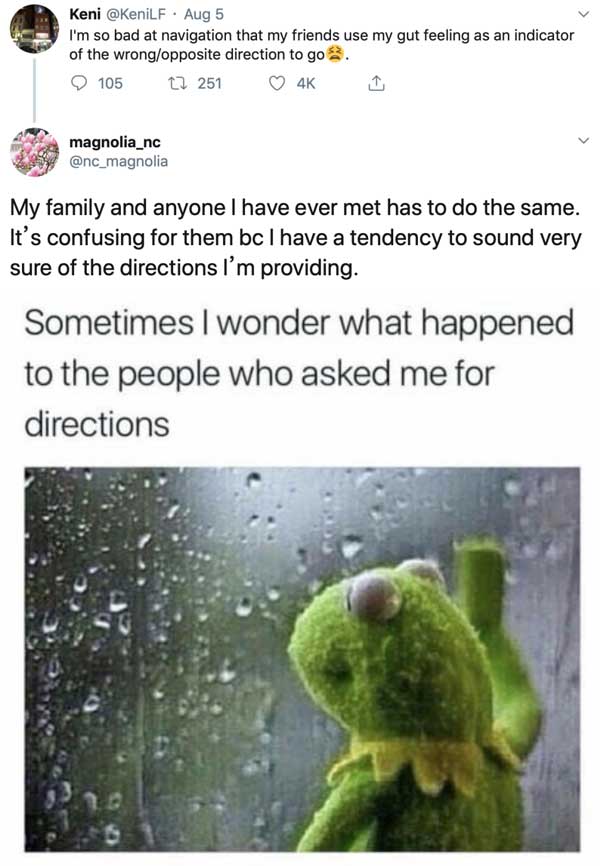 #14
I can’t snap and my child mocks me.
JenMeanIt / Via twitter.com

#15
Still don’t know how to tie my shoes. I mean I do but….not that one loop, wrap the string around, loop it under method. Grown a*s man out here still doing the two bunny ears. Sad.
DragonflyJonez / Via twitter.com

#16
Definitely ironing. I can iron for 30 minutes and still not get a crease out
AShihipar / Via twitter.com

#17
I have a great sense of direction, but a lousy sense of time/distance. I’d be the worst police witness: “It happened sometime between 1:30 and 8:15 and was somewhere between 4 feet and a mile away.”
Marcia_ESS / Via twitter.com 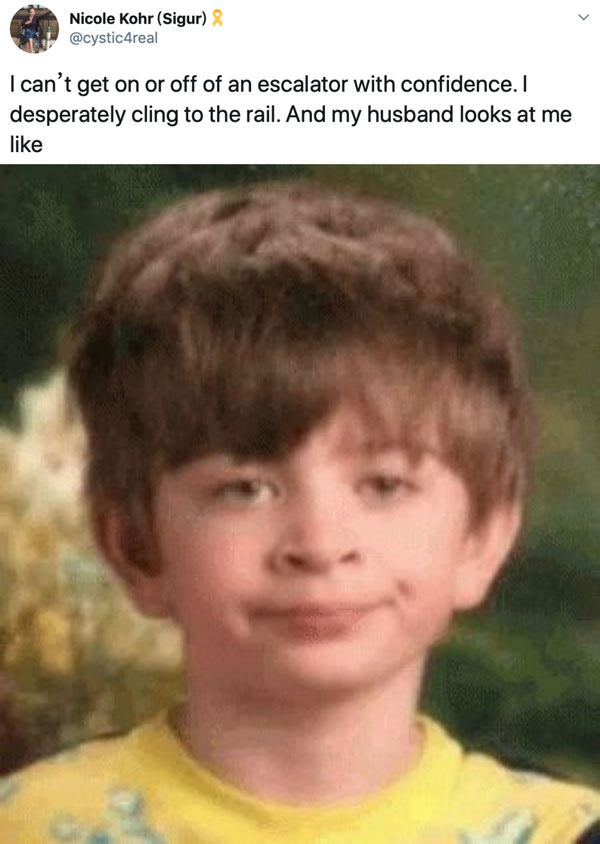 #19
I can’t ride a bicycle. I learned when I was a kid but then I didn’t do it for years, and when I tried again in college I couldn’t do it anymore.
Yeah, that phrase “it’s like riding a bike”? Is full of sh*t
Reedbeta / Via twitter.com

#20
I look at an analog clock way too long before I can tell what time it is smh
iSmashFizzle / Via twitter.com

Do Male Seahorses Have Babies?
What is the Largest Desert on Earth?
30 Hilarious Tweets About Babies
20+ Truly Insane Sandwiches Have Actually Ordered At Subway