#1 This pupper who brought his friend a blanket because he didn’t want him to be chilly. 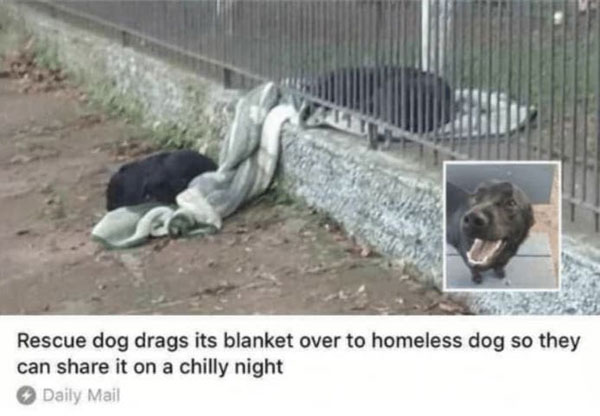 #2 This kitty and this torty sharing a nice meal together. 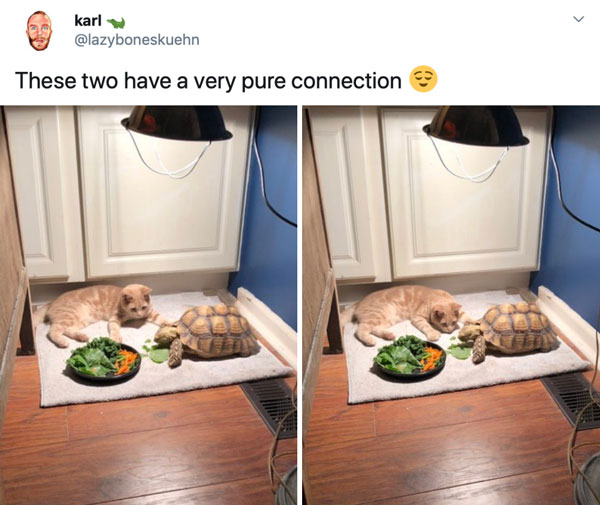 #3 This smol boy who likes to help and spend time with his blind older brother. 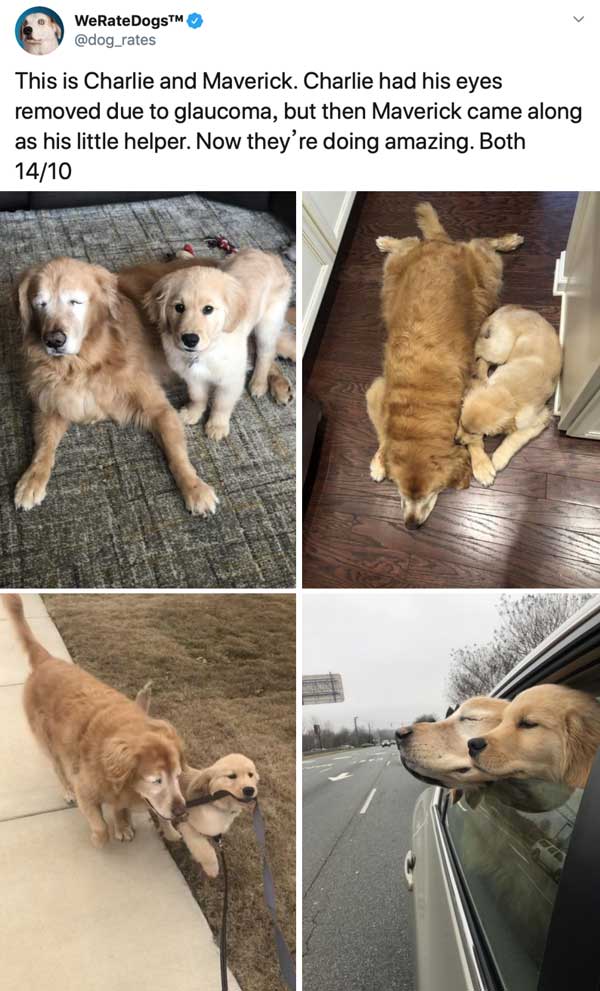 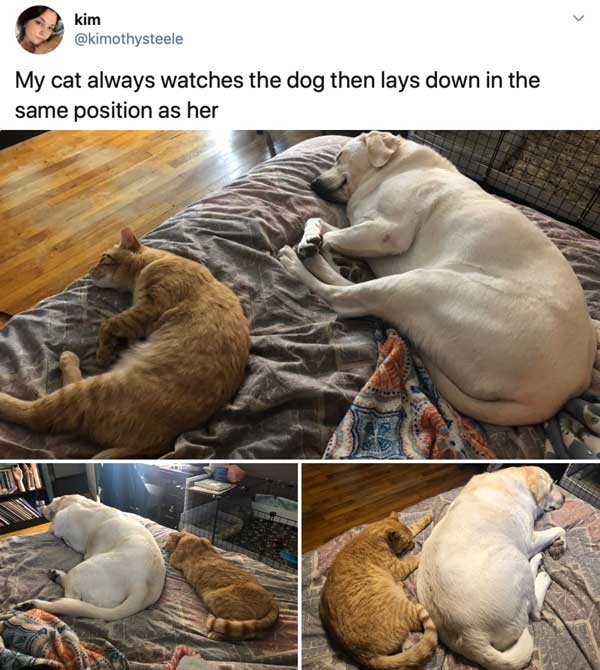 #5 This unlikable trio that beat the odds. 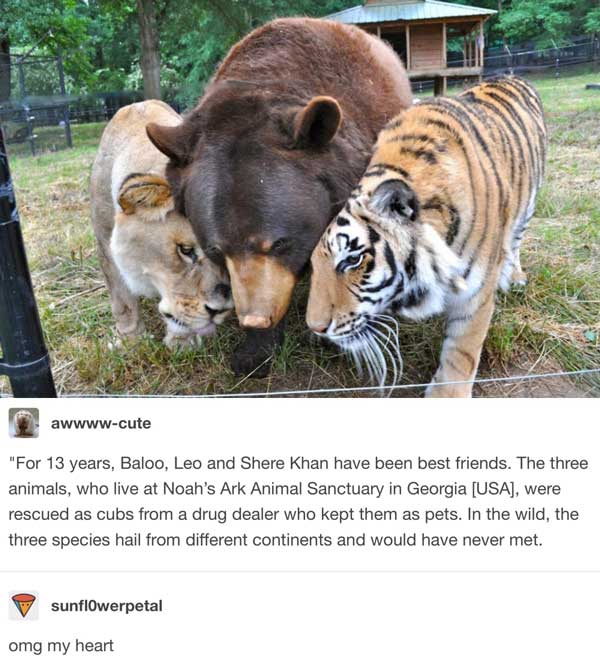 #6 This baby hippo who decided to befriend a 103-year-old tortoise. 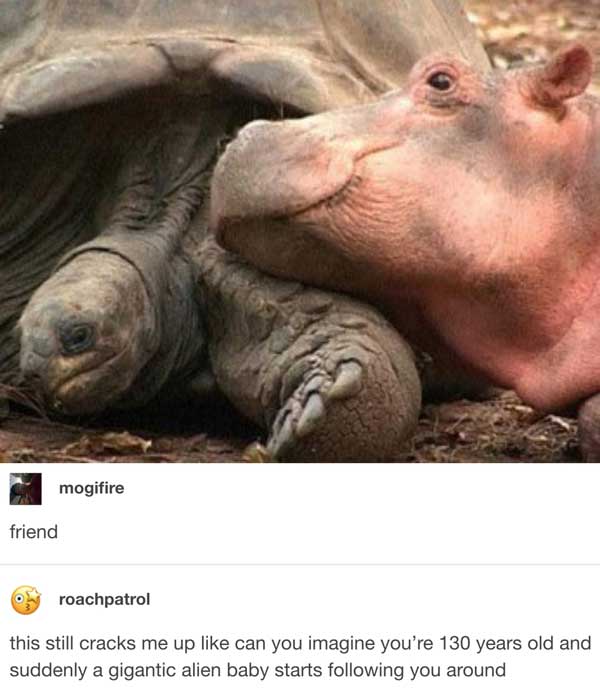 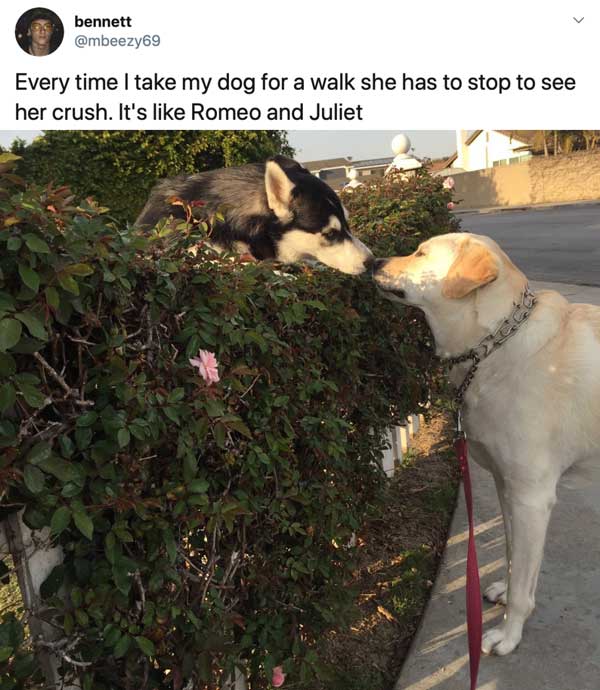 #8 This cat who made friends with a feral cat and now makes time to hang out with him every day. 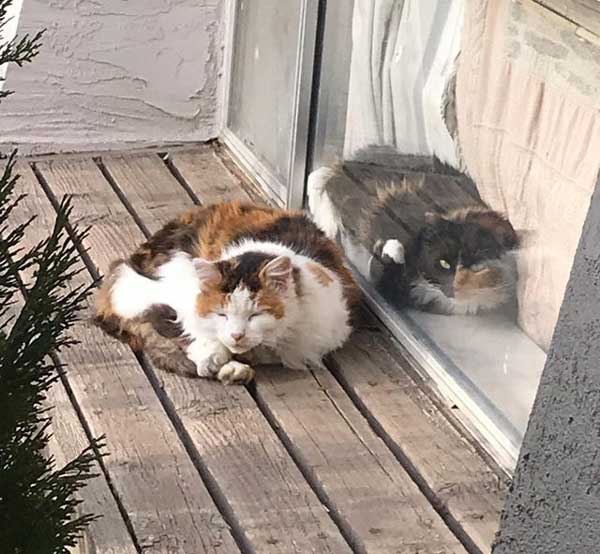 #9 This casual visit from a relative. 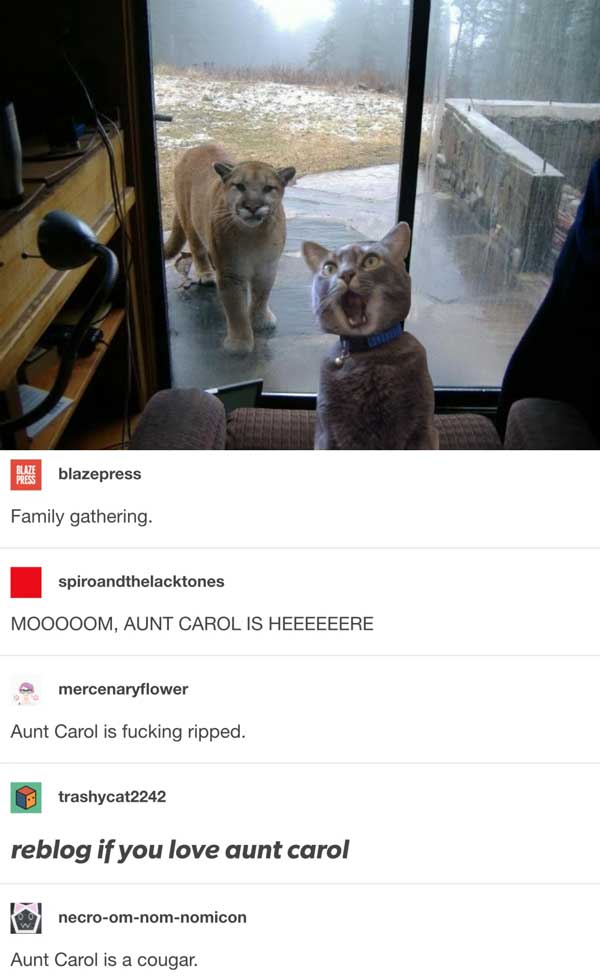 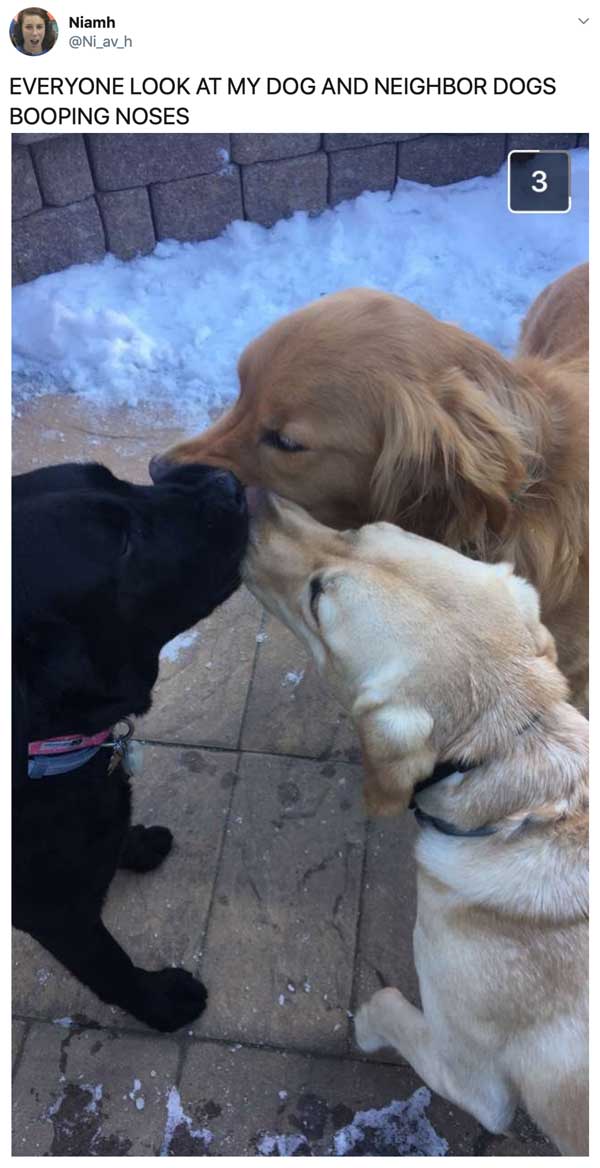 Did my dog just pet my cat?? And did my cat just hug my dog?? pic.twitter.com/PuNWB1Ggzw

#12 These cats who decided to have a party together on a trampoline.

Somehow all of the neighborhood cats managed to get into our trampoline… pic.twitter.com/rRAjgCuuAr

#14 This cow who patiently waited for her friend so they could walk together.

The other night I saw this cow run to catch up with her friend (also a cow) who was waiting for her pic.twitter.com/YkYeKVCk5s

#15 This pigeon who just wants to fit in with his friends.

WHY IS THIS PIGEON PRETENDING TO BE A CHICKEN pic.twitter.com/Z0f6n6TMDU

So we had to put a cone on my dog again. My cat loves it pic.twitter.com/UqSvwuGSGA

the last place i’d ever wanna be is in the path of my 25 pound cat’s absolutely devastating double barrel roll attack pic.twitter.com/oIgQCRGyA2

take a little time out of your day to watch thispic.twitter.com/ugIzrzqHTk

#20 This doggo getting “medicine” with his brother so he doesn’t feel left out.

One needs ear medicine and the other one thinks he needs it too..pic.twitter.com/3MfO46hwIq

#21 This capybara and his masseuse.

Everything's terrible so here's a cat massaging a capybara pic.twitter.com/JNGvDyzt49

#22 And finally, this adorable slap in the face to Mother Nature.