Let’s be honest: Part of being human means faking certain aspects of your personality from time to time. It’s a necessary survival skill! 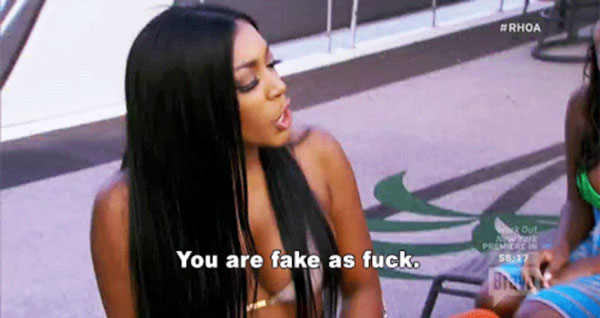 So this week, a viral Reddit thread asked users, “What part of your personality do you fake?”

And thanks to the anonymity of the internet, people got REAL in their responses. Here are some of the best:

#1
“Intelligence, I’ve learned how to make myself seem like I know what I’m doing.”
Hayura——– / Via reddit.com

#3
“I am one of the most shy people you will ever meet. I switched grocery stores because the cashiers started to recognize me and wanted to chit-chat. I didn’t make one friend in college because I kept to myself. However, I am very successful at work because I know that if I don’t put myself out there and act confident, I won’t advance.”
ObsidianBlackbird666 / Via reddit.com

#4
“My ability to perform small talk. I have absolutely no patience for it.”
G37_is_numberletter / Via reddit.com

#5
“I’m faking the functional part of me. I’m actually a walking disaster.”
thegreatone79 / Via reddit.com

#6
“Being interested in babies. I really don’t care about your kid, I just know it’s social suicide to say so.”
ausgekugelt / Via reddit.com

#8
“I’m a lot more judgmental than I let on.”
DevilsRejectAFC / Via reddit.com

#11
“I pretend I’m clueless a lot. It could be about work, or even just about something in life. You learn a lot about the person if you act clueless about something you’re quite familiar with and they’re trying to BS you with what they ‘know’ very little about.”
therobino / Via reddit.com

#12
“My cheery attitude around people. By default I am very bland and depressed.”
xXReverbXx / Via reddit.com

#13
“Being cheerful in a social situation that I absolutely don’t want to be in.”
kknl44 / Via reddit.com

#14
“Impartiality. Some of my friends go to me for advice thinking I’m this calm, collected, wise, third party advisor. Admittedly, as much as I want to help them, I have my own biases and terrible advice to give.”
BnElmo / Via reddit.com

#15
“I have a really good memory, but I hold back a lot on it because it can weird people out when you remember random things that happened months or years ago.”
-eDgAR- / Via reddit.com

#16
“I fake apathy a lot for no apparent reason.”
DolphinatlyNotPhil / Via reddit.com

#17
“Being friendly to acquaintances. I have enough friends. My neighbors are really chatty and I just want to get into my house and not talk to anyone. I have to talk to people all day at work — when I’m finished, I don’t want to stand in front of my house and make awkward small talk for an hour. But I do anyway because I don’t want to be rude.”
pippoppippop / Via reddit.com

And finally, there was this pure answer…
“My dad likes to think he’s really smart so when I’m around him I act clueless so he can ‘teach’ me something and be happy.”
RedSmith301 / Via reddit.com

Note: Some responses have been edited for length and/or clarity.

Tagged: a tomato is a fruit, Daily Fun Facts, Fact 9, Fact of The Day, facts, fruits, fun facts, funny facts, is a tomato a fruit or vegetable, random facts, til, today i learned, tomato, vegetables

16 Unbelievable Before & After Transformation Pics From ‘My 600 Lb Life’
20 Way Too Real Tweets Only Women Will Find Truly Funny
What is National Animal of Mexico?
How Fast is the Moon Moving Away from the Earth?