People Are Revealing The “Dumbest” Thing They’ve Ever Done, And I’ll Let You Know When I Stop Laughing

Look, I don’t care how smart you think you are — we’ve all done something DUMB AS HECK at least once in our lives.* 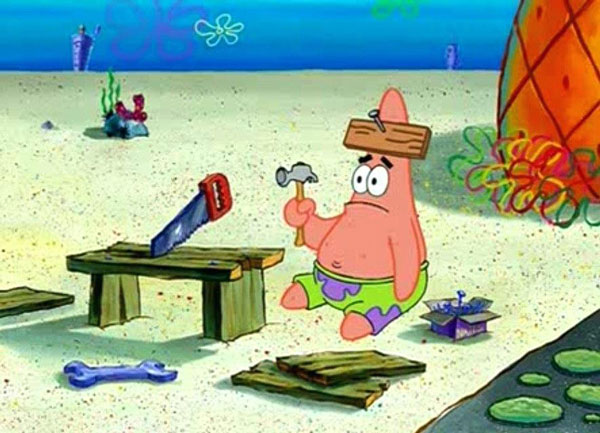 Well this week, when Reddit user MaterialImportance asked, “Normally smart people of Reddit, what is the dumbest thing you’ve ever done?” it really made the rest of us dummies feel SEEN.

Here are just a few of the wildest responses:

#1
“I once searched high and low — all over my house for like 25 minutes — for a certain pair of shorts that I just could NOT find…because I had them on.”
thwinks / Via reddit.com

#2
“I worked in a craft store. When we were going through the aisles cleaning up, we were supposed to grab any damaged items and put them in a specific bin. At the end of the night, the manager would quickly go through it. One night, she dug through and pulled out a wooden ‘E.’ ‘Who put this in here?’ She asked. I did, and I told her, ‘It’s supposed to be an E, but it’s missing one of the prongs.’ My manager then informed me that it was, in fact, a wooden ‘F.’”
thumbingitup / Via reddit.com

#3
“I took the bus home, it was a 45 minute ride. When I got home, I thought my car was stolen for a second until I realized I had, in fact, driven to work. The sad thing is that I’ve done this more than once.”
osteomiss / Via reddit.com

#4
“I took a quick break at work, and went to get a soda. My brain went on autopilot and I drove home, walked in, took off work shirt, plopped on couch, turned on TV, and wondered where my girlfriend was, because she usually got home before I got off of work. That’s when I looked up at clock and realized I had three hours left on shift.”
03throwaway03 / Via reddit.com

#5
“I once tried to take a screenshot of a crack on my phone screen.”
trybeofone / Via reddit.com

#6
“I was at the zoo buying a fountain pop when the staff didn’t give me a straw. I asked for one, but he said that they don’t give out straws due to the free roaming animals on the zoo ground. I asked, ‘How am I supposed to drink this?!’ Without breaking eye contact, he took the drink back, removed the plastic lid, and handed it back to me.”
PlaydohMask / Via reddit.com

#7
“Up until my freshman year of COLLEGE, I thought that red and green, when mixed, was what made purple. Boy, did I feel dumb when I discovered the truth in my chemistry class by arguing with a text book, a chemist, and a classroom full of people.”
ihavesecrets_two / Via reddit.com

#8
“I used to work at a tea store. At the end of the day, we had to fill a big sink in the back room and wash out all of the tea makers we used during the day. I turned on the sink to fill, then went about some other duties, as per usual. Half an hour later, a cold feeling of dread hits me as I realize…I forgot about the sink. I flooded the back room, and it took me an hour to clean up.”
sleepyhollow_101 / Via reddit.com

#9
“I once spent almost an hour searching my house for my phone….while on the phone with my Mom. She heard me getting frustrated and throwing things around, so she asked what was wrong. I replied, “I can’t find my phone anywhere! I have been looking for it the whole time I have been talking to you on….oh, sh*t.”"
holmesla0319 / Via reddit.com

#10
“I once tried to get my toast out of a toaster with a fork.”
eyyyy_reddit_account / Via reddit.com

#11
“I once put a cup of water in the microwave, but the cup was too tall…so, I poured some water out and tried to put the cup back in thinking it would fit.”
Sp00nful017 / Via reddit.com

#12
“A girl in my class had a cool shirt on that had a bunch of little watermelon slices on it. My stupid brain decided to compliment her on the shirt by saying, ‘Nice melons.’”
crownedplatypus / Via reddit.com

#13
“I once tried to unscrew a light bulb while it was still on.”
apostolicgirl / Via reddit.com

#14
“I was heating up a pan to make ground beef. The oil I dumped in started smoking, so I grabbed a paper towel to wipe it out. Turns out that hot, smoking oil is STILL hot when it soaks through paper towel.”
Keyboard_talks_to_me / Via reddit.com

#15
“A random girl asked me to take her photo in the park, so I agreed. After taking her photo, she thanked me and apologized for being bothersome. My dumbass replied her ‘thank you’ with ‘No, thank you!’ instead of a ‘You’re welcome.’”
aleshuu / Via reddit.com

#17
“I once put a pizza in the oven to reheat — while it was still in the box — and turned the temperature up to over 400 degrees (Fahrenheit). My roommate laughed at me after we got the fire out and assessed that there was no damage. He gave me a really hard time about it. I have an advanced degree. I’m not going to say in what, because I’m afraid they’ll take it away from me because of this story.”
somemetausername / Via reddit.com

Some responses have been edited for length and/or clarity.

Dora the Explorer on Meth
25 “Game Of Thrones” Meets “The Office” Memes That Will Have You LOL-ing
How did one small decision change your life?
22 Jokes You’ll Only Get If You Love Food More Than People