#1 Whoever had butter fingers in aisle five.

#2 Whoever couldn’t accept that they made the trip to the wrong store. 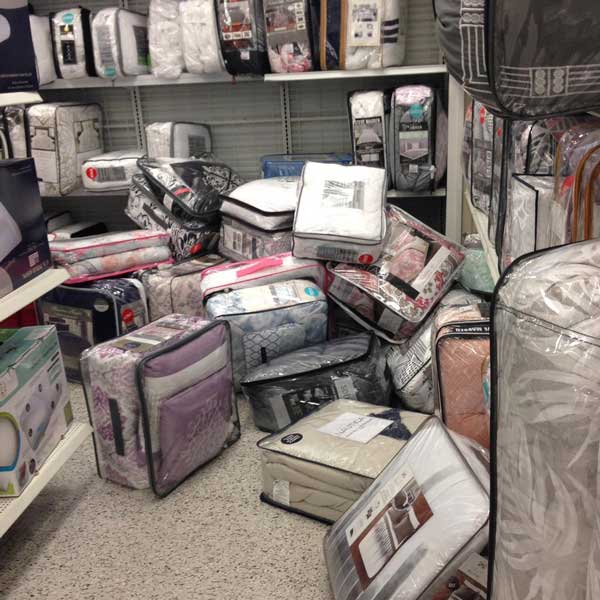 #4 Whoever thought they had the right to just leave their Fritos wrapper in the pocket of these pants. 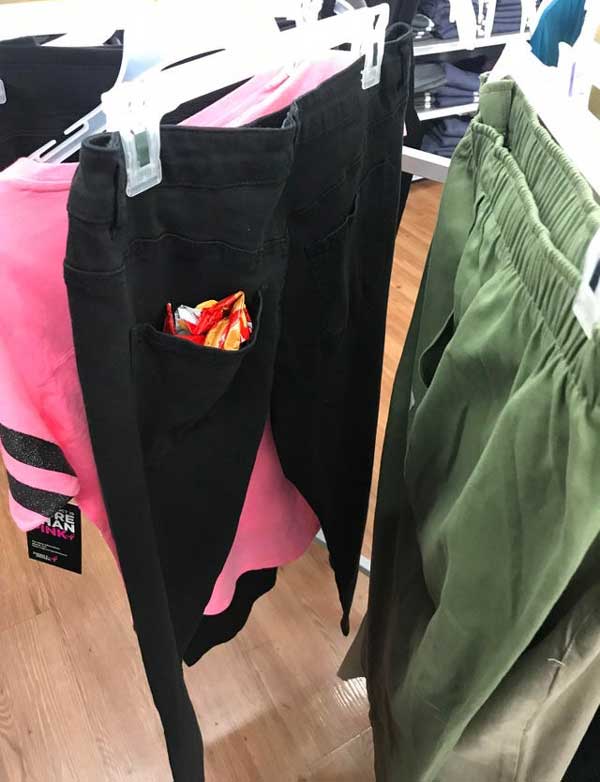 #5 Whoever thought PUMA was a department store.

#6 Whoever decided to mosey on in a few minutes before closing time. 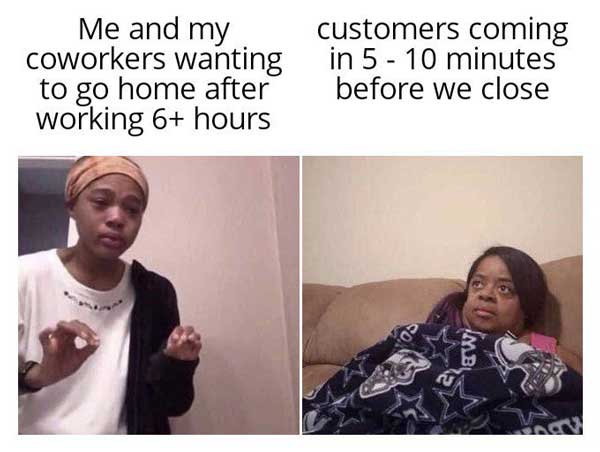 #7 Whoever let their child (tornado?) do this. 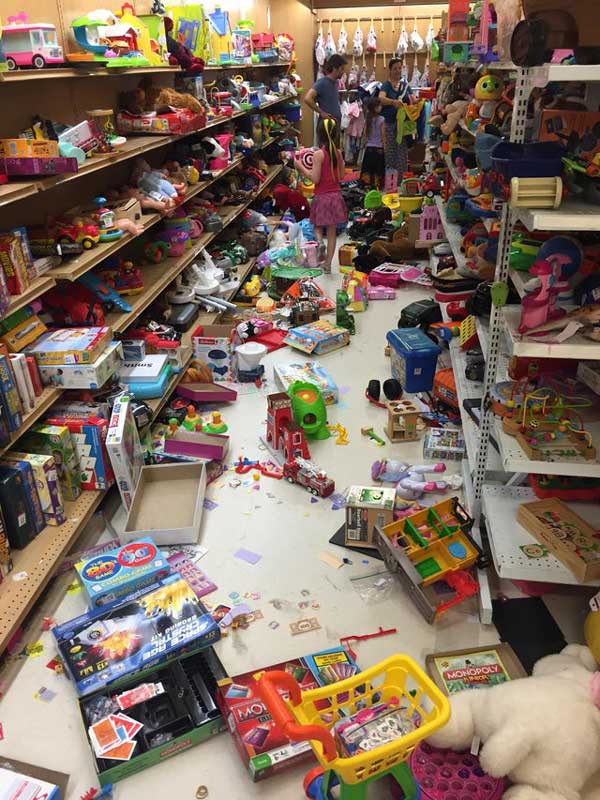 #8 Whoever thought they had the right to comment on an employee’s body. 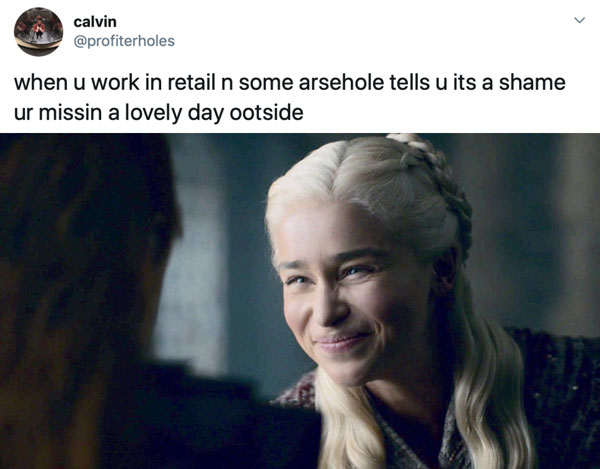 #10 Whoever assumed no one would notice they replaced their old crappy basketball with a brand new one. Yes, I’m looking at you Stephanie. 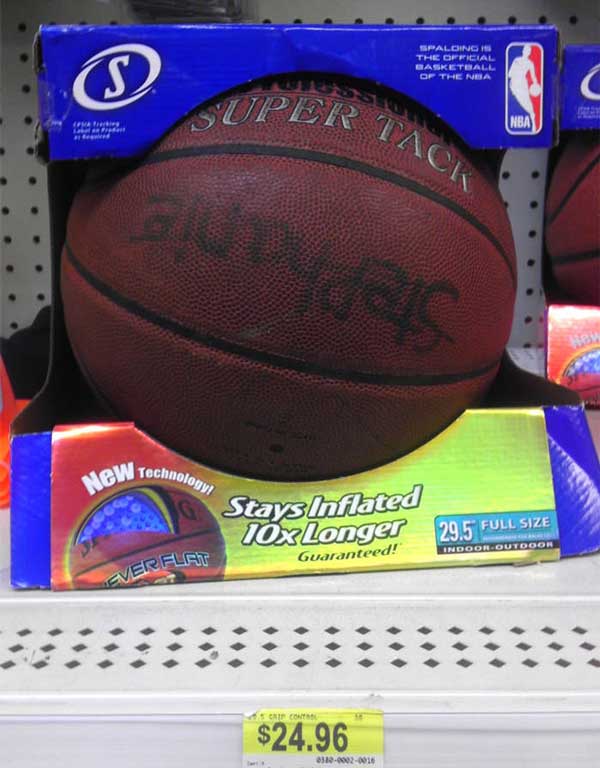 #11 Whoever couldn’t put two and two together.

#12 Whoever couldn’t take no for an answer. 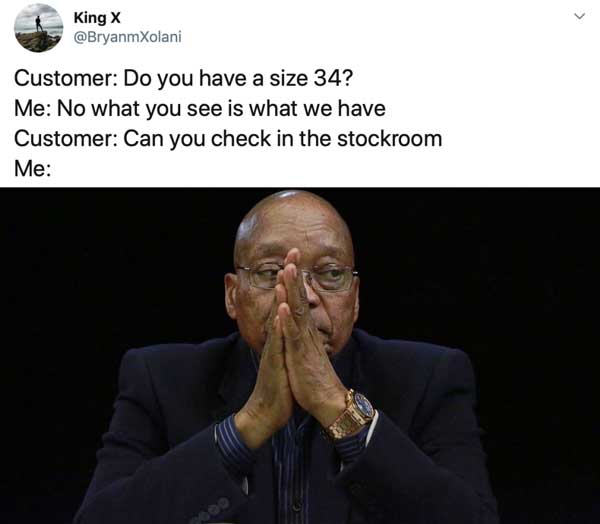 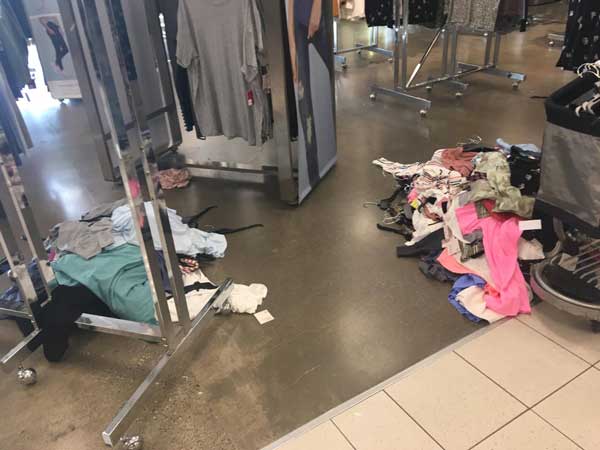 #14 Whoever opened all of these cat food cans and just left them on the shelf. 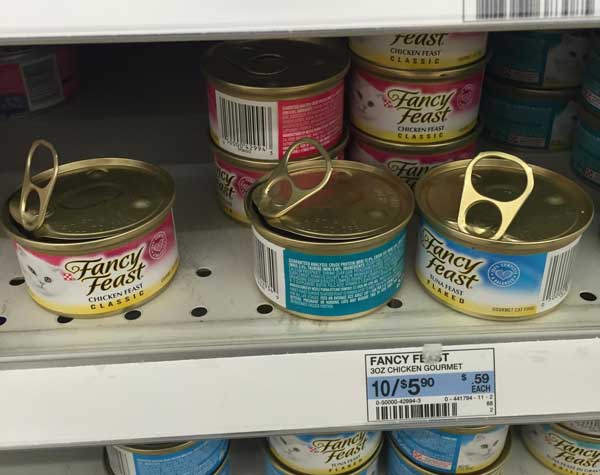 #15 Whoever felt like robbing the store employee wasn’t enough.

#16 Whoever thought anyone would find this joke funny. 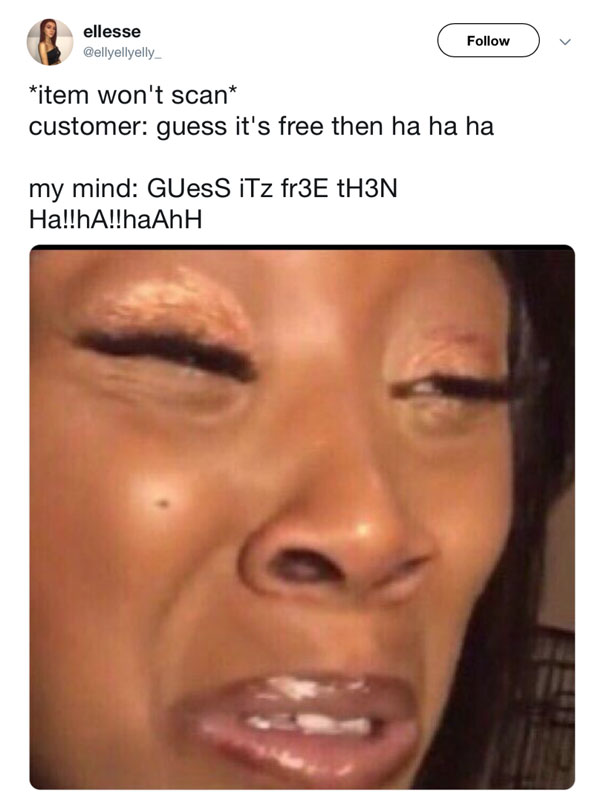 #17 Makes you wonder if it was the same person who burned off these security tags. 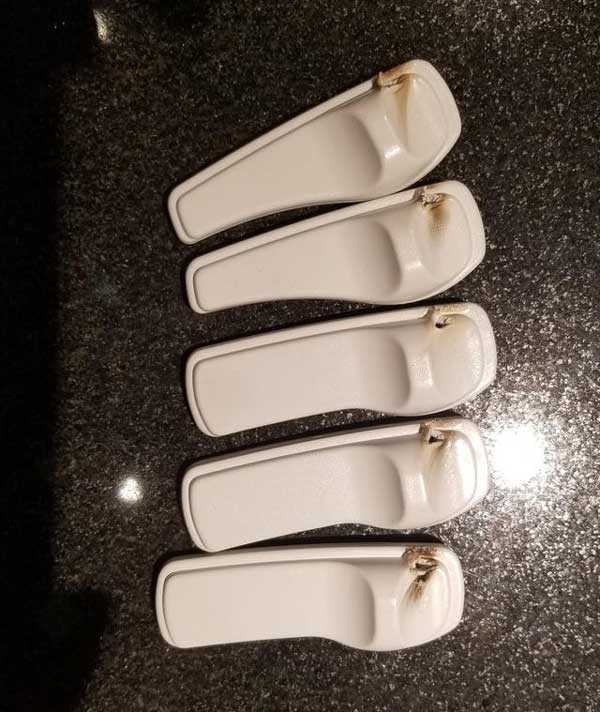