26 Tweets That Perfectly Sum Up The Beauty Of Australian Culture

#1
If you’re at the servo and you don’t say “just these thanks” when you put the stuff you’re buying on the counter they’re gonna think there’s heaps more sh*t you want.
jackiejoeheelo / Via twitter.com 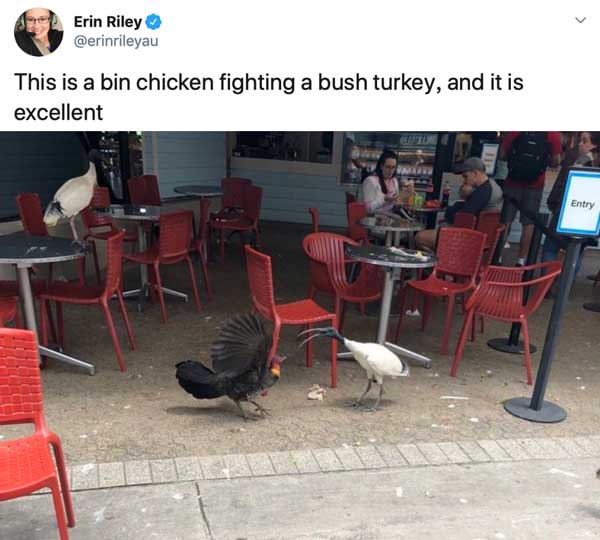 #3
I have some horrifying information for Australians about how Americans think you’re supposed to pronounce Emu: they say “ee-moo” I tell them how to actually say it “ee-mew” and theyre like How Dare you tell me i’m wrong
tessamag / Via twitter.com

#4
Why do people in America have to insist they know a place where the good coffee is. I promise you it is not good
LucyXIV / Via twitter.com

#5
Me: can i take my keep cup on the bus?
Melbourne friend: it’s melbourne, you can take your keep cup to funerals and they have a barista
sabinahusic / Via twitter.com 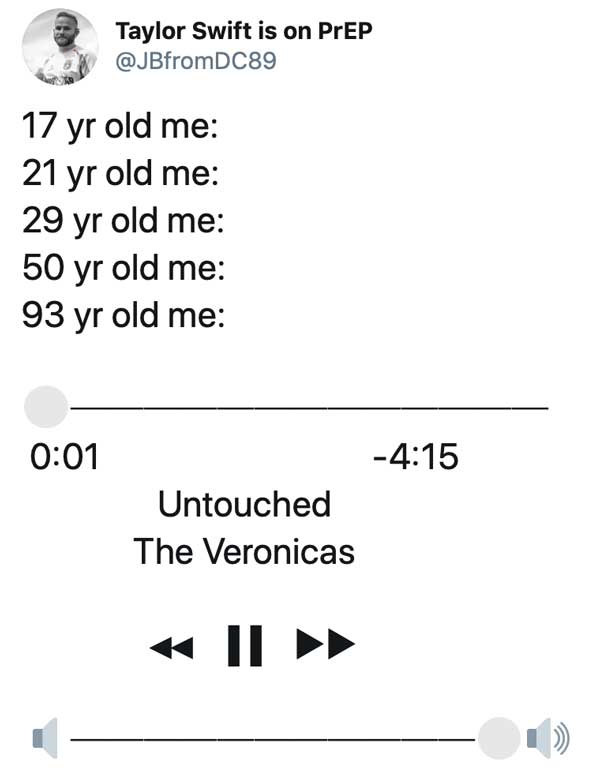 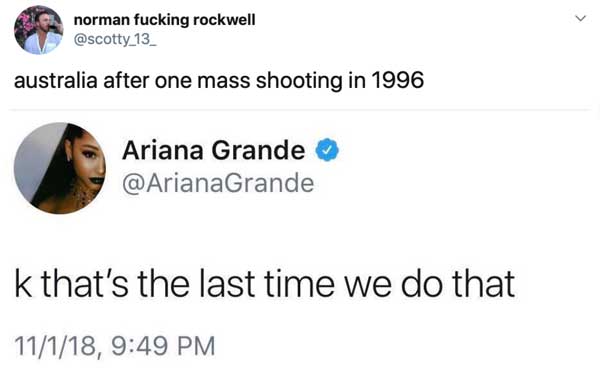 #8
Who will let me make an Australian version of derry girls called durry girls
Brocklesnitch / Via twitter.com

#9
I just found out that loads of Australians call slides “slippery dips”.
Fu*k you people are weird
ReidParker_ / Via twitter.com

#10
before I put any pair of shoes on I make sure there isn’t any spiders inside is that Aussie culture or just me culture
ekilhawa / Via twitter.com 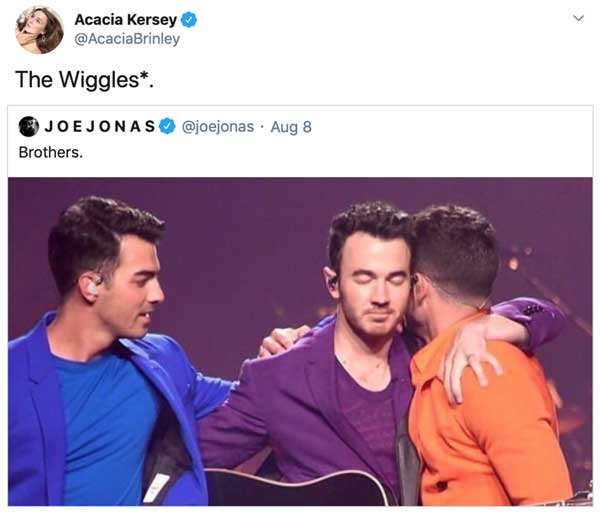 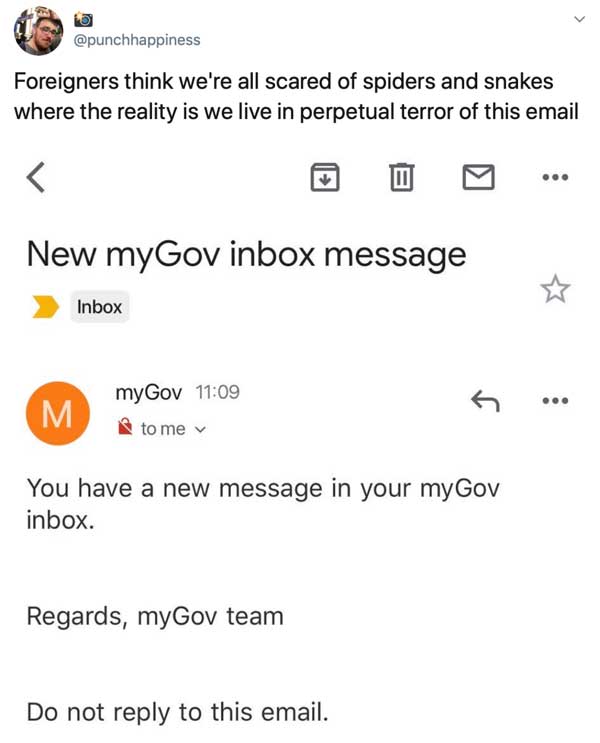 #13
Gonna start carrying tongs in my car so when I don’t get close enough to drive thru ticket scanners, I don’t need to climb through the window or get out of the car and be judged by longer limbed people who got the proximity correct
oldbiddyyelling / Via twitter.com 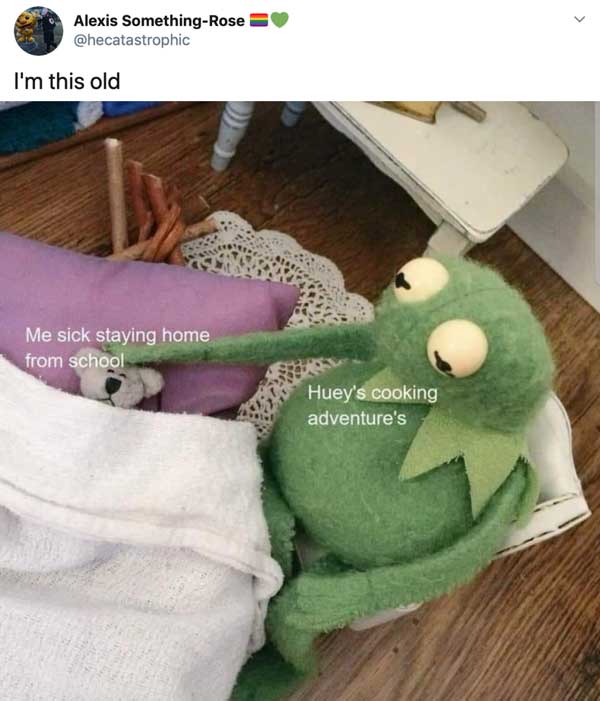 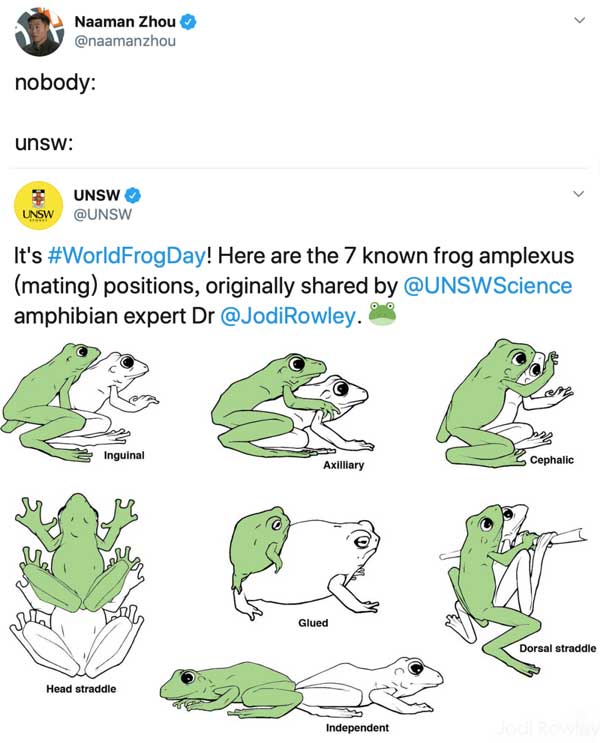 #18
Australian humour:
“Do you think EB Games is having a sale?”
slothsforbecca / Via twitter.com

#19
I made a handy guide so Americans can understand weather reports in Celsius:

#20
Trying not to throw up in my throat when Americans posts picture of themselves at the “beach” and it’s clearly a river bank or the shore of a lake. disgusting people
mattvbrady / Via twitter.com

#22
My favourite part about living in Australia is seeing over 30,000 Bats fly over your house every night
neersen_ / Via twitter.com 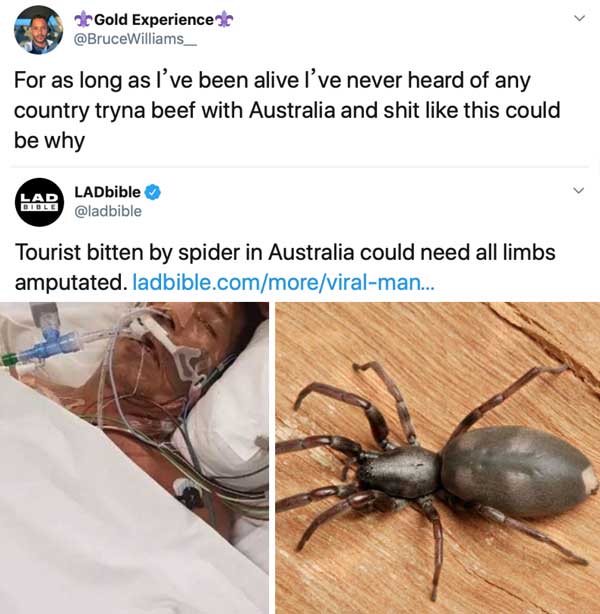 #24
Good morning everyone, it’s a bright and sunny saturday morning, i’ve just voted in the federal election, i am walking home, democracy sausage in hand, i am being stalked by the magpie in the tree behind me
mintiture / Via twitter.com

#25
Where I’m from we don’t shake hands, we violently headbang to the tune of “fruit salad” by The Wiggles.
_is_Trey / Via twitter.com

15 Hilarious Tweets You Need To Send To Your Sister ASAP
16 Incredible Food Discoveries That’ll Spark Curiosity And Hunger
How Many Civil War Deaths Were from Disease?
Do Bats Eat Mosquitoes?