People Shared 18 Things They’ll Never Stop Complaining About, And All Of These Had Me Saying, “This Is A Fact”

There are just some things that, no matter how hard you try, you can’t help but complain about. Seriously, some things just grind your gears (I’m looking at YOU, slow walkers).

That being said, when Reddit user @potatoflavoured asked, “What will you never stop complaining about?“, I figured I could get a good laugh. LOL, here are some of the best responses:

#1 The people who think the world is their trash can: 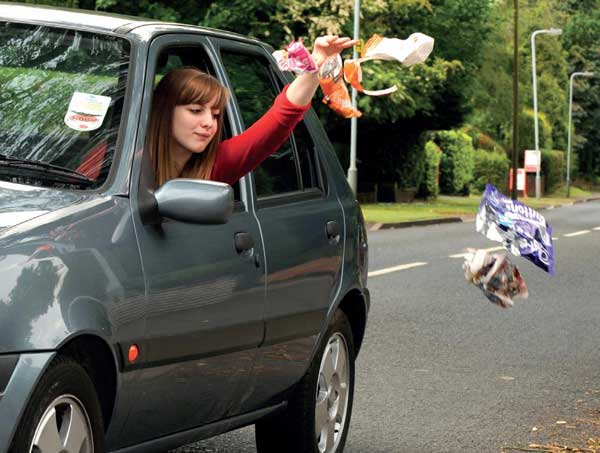 “People that throw garbage out of their car window, or litter anywhere in general. I get so angry!”
1nky0ct0pus / Via reddit.com, image credit: sekuoiamusic.com

#2 The people who need to move things…LEAVE IT ALONE, MA’AM:
“People who relocate things that were perfectly placed.”
LeGermanBratwurst / Via reddit.com

#3 THIS reality that actually makes me boiling hot:
“People that take one step though a door then immediately stop moving.“
Stealaway67 / Via reddit.com

#4 Apparently, the entitlement of geese:
“Geese. Those f**king cobra chickens think they own the planet.“
ricobirch / Via reddit.com

#5 The lack of spatial awareness:
“It drives me wild when I see people with no social or spacial awareness that stand right behind you in line.“
Thehotmegan / Via reddit.com

#6 People who say this about the heat:
“I love when people say, ‘You know it’s not the heat, it’s the humidity that gets you.’ Thanks guy, I instantly feel cooler now that I am armed with that knowledge.“
Ucbengalcat / Via reddit.com

#7 People who won’t back up:
“People who stand right on top of the baggage carousel at the airport so no one behind them can see or get their bags. If you’d all step back, we’d all be able to see and grab our bags in an orderly fashion. Idiots.“
stealmagnoliass / Via reddit.com

#8 THIS song at weddings (really, are y’all listening to the lyrics?):
“People play ‘I Will Always Love You’ as their first dance song at their weddings, but do people not realize it’s a break up song?”
babykiddo / Via reddit.com

#9 This animal I think we can all agree on:
“Mosquitos. Gosh I hate those little f**kers.”
bouzigulum / Via reddit.com

#10 This annoyance every city-dweller knows all too well:
“People who watch videos or listen to things in a public place without headphones.“
ScoobyMaroon / Via reddit.com

#11 Pockets, ’nuff said:
“Women’s clothes not having pockets or a sufficient number of belt loops. WITNESS MY RAGE!”
LizeLies / Via reddit.com

#12 Those inconsistent audio levels:
“Audio levels for movies and TV shows at home. I was watching Seinfeld on Hulu last night, TV volume at 12. The conversation was audible, but the intro and outro music was deafening. Switched to Homeland. TV volume on 75, but I still had to put captions on to understand the dialogue.”
trixiethewhore / Via reddit.com

#13 The nonsense in some job requirements:
“Needing 5-10 years of experience for an entry-level job. Like, what?”
NoireRabbit / Via reddit.com

#14 This plot that at first I didn’t agree with, but now I have to reconsider:
“The plot of the movie Grease. Danny was an asshole who was ashamed to be with Sandy. She didn’t need or want him to change into a preppy jock, she just wanted to be treated with respect. She should have just thrown out the whole man.“
Littlebit296 / Via reddit.com

#15 People who don’t realize that things have a home:
“People leaving their shopping carts all over the parking lot when there’s a place to put them every 10 feet. STOP BEING LAZY.”
itsahardnarclife / Via reddit.com

#16 The annoyance of junk mail:
“Receiving junk mail that is addressed to ‘Current resident.’ That sh*t should be illegal.”
Sup-Bird / Via reddit.com

#17 The fact manufacturers don’t make these easier to pull off:
“When you pull the tag off your clothes and the little plastic thing doesn’t come out.“
13yearoldidiot / Via reddit.com

#18 And lastly, people in the drive-thru who really should just go inside:
“People who take too long ordering at the drive-thru. The drive-thru is for ordering food quickly. If you don’t know what you want, have a large order, or are ordering for multiple people, go the hell inside.”
Irishamerican / Via reddit.com

28 Happy Animal Facts That Will Make You Smile
Here Are 16 Really Good Things That Happened This Week
22 Hilarious Tweets That Are Actually True Stories
What Events Happened on November 11 in History?