Here are some of the most delightfully weird second-hand finds people have ever come across and you have to see them to believe them!

#1 Two months ago, my 20 year old kitty passed away. As you can imagine after all those yeas, I’ve been heartbroken. Yesterday I went downtown to the Salvation Army store and found this gem. I pasted my kitty’s photo in the image so you can see how amazing this is. I mean. it is HER! 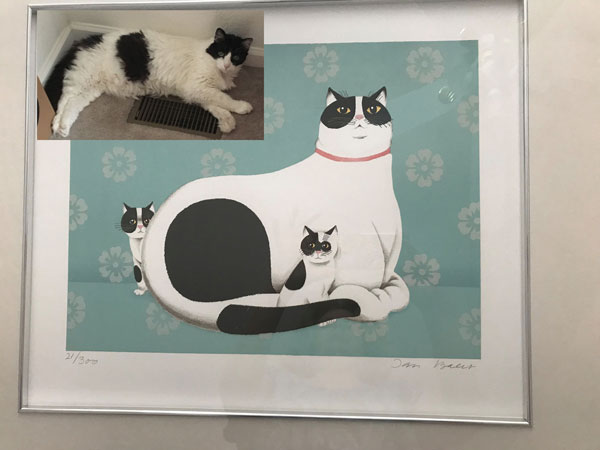 #2 Y’all, my local bin dig store had a fill-a-cart for $10 sale, so I started filling up on small toys to hand out at Halloween. I grabbed this fake credit card, because it said James Bond on it. This morning, I noticed there was a slider on the back and opened it. It’s a freaking LOCK PICKING SET!!! 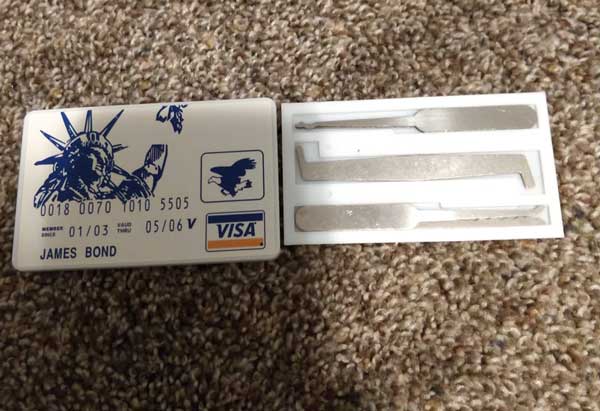 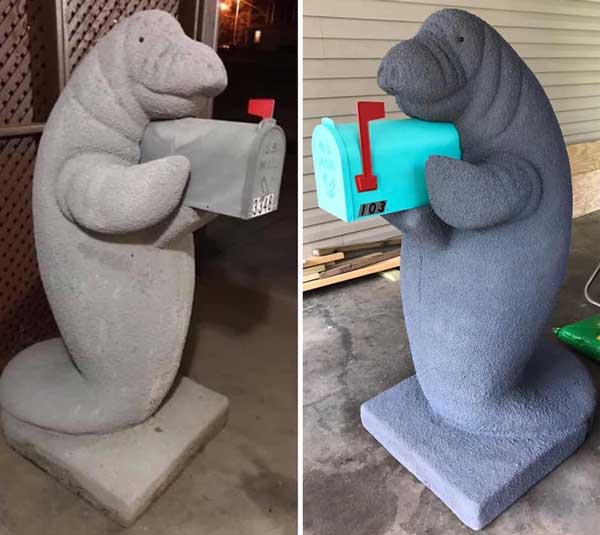 #4 I found this last week and it’s definitely my favorite thing I’ve seen at an antique or thrift store. Introducing the Violin Vampire Killing Kit! 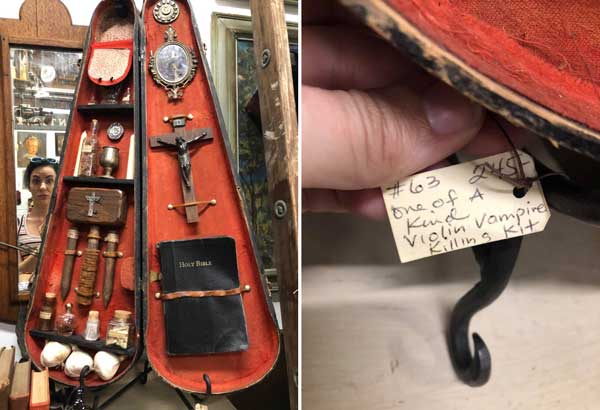 #5 Found this yesterday and bought for my son, who loved it! Best £2 spent ever! 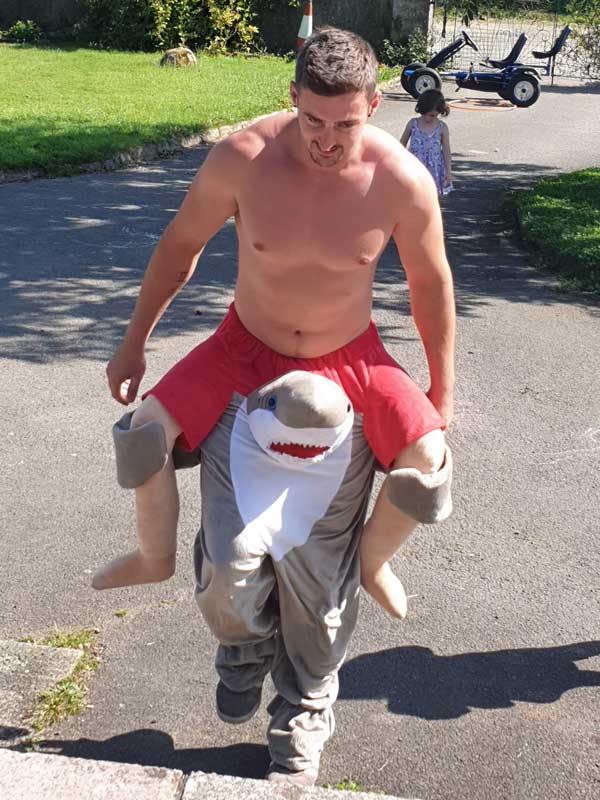 #6 My 9 year old daughter found this today at the goodwill in Niles, Michigan. She said he had to come home with us because she loves weird things and she just knew that nobody else would buy him and he would be lonely. 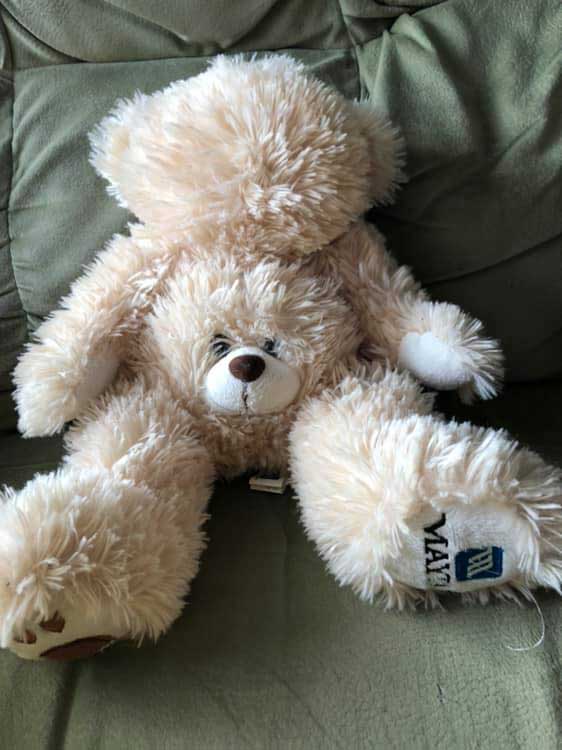 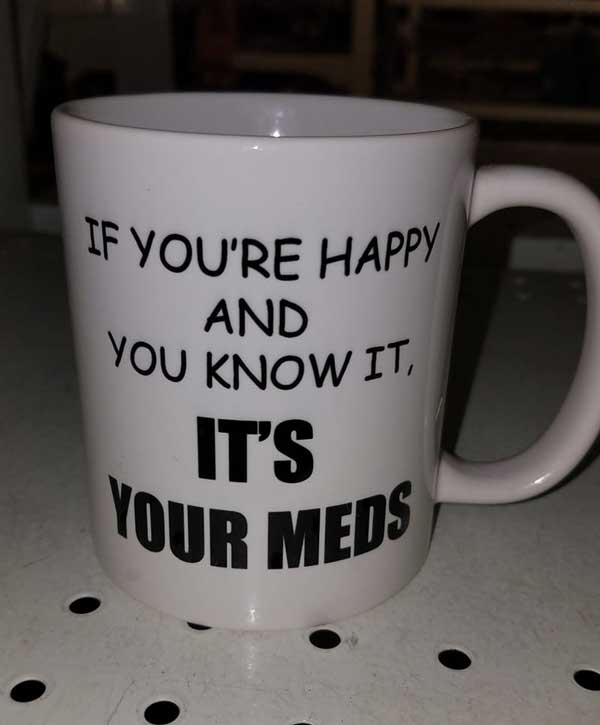 #8 My 6 year old spent her allowance on a hand painted, canvas portrait of a goat she found at the flea market. Yes it came home. It’s now hung in her room. 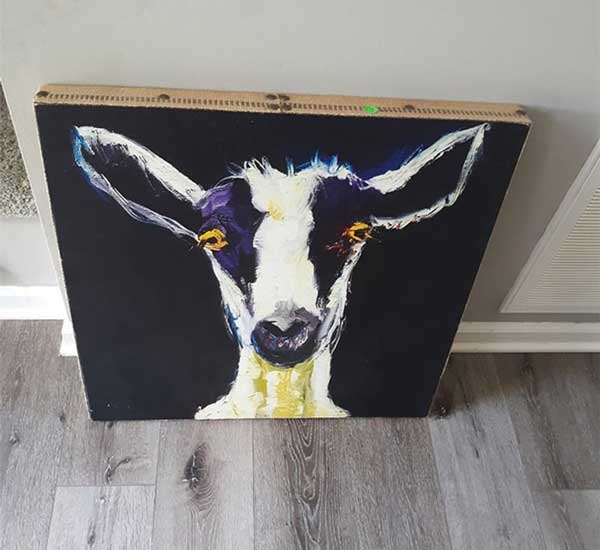 #9 I rescued this incredible globe from the trash, it’s about 20” tall and handcrafted with semi-precious stones and a brass base. Not really that weird but definitely second hand and pretty unusual. 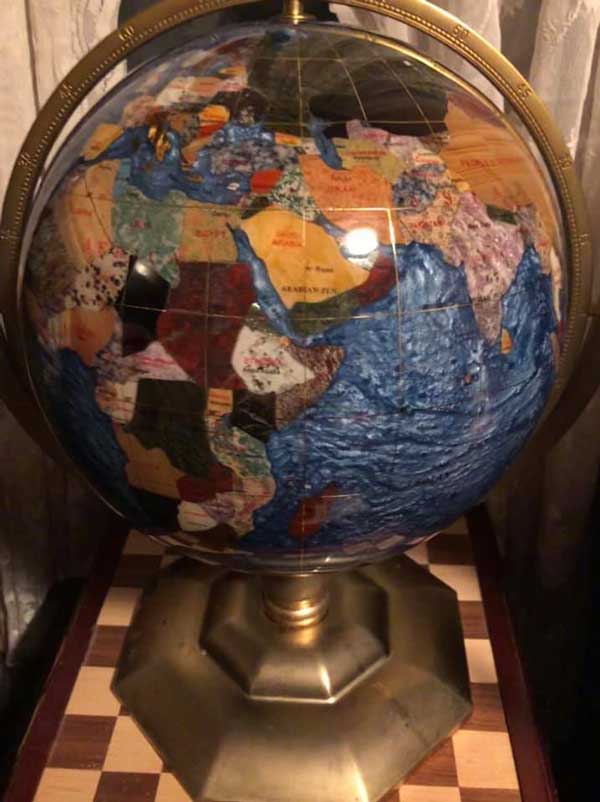 #10 This large, weird mushroom house lamp from the ’70s is one of my favorite second hand finds. 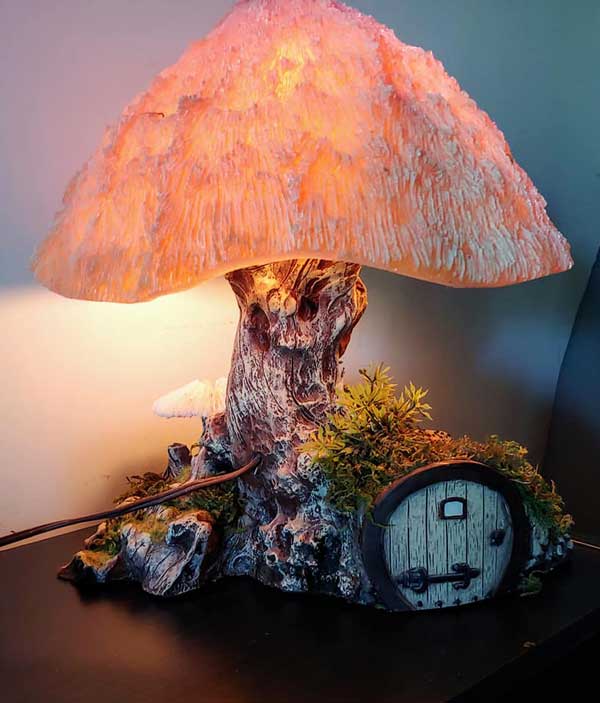 I used to work at a little used book store, and one day this guy just showed up with a box of old books and two of these lamps in it and said “Keep ‘em”. My boss didn’t want them, so my coworker and I each got one.
Boston Corbett‎ / Via facebook.com

#11 Lucky enough to find matching dresses for my boyfriend and me so we could do this pose at the Stanley Hotel. Estes Park, Co Thrift shop. 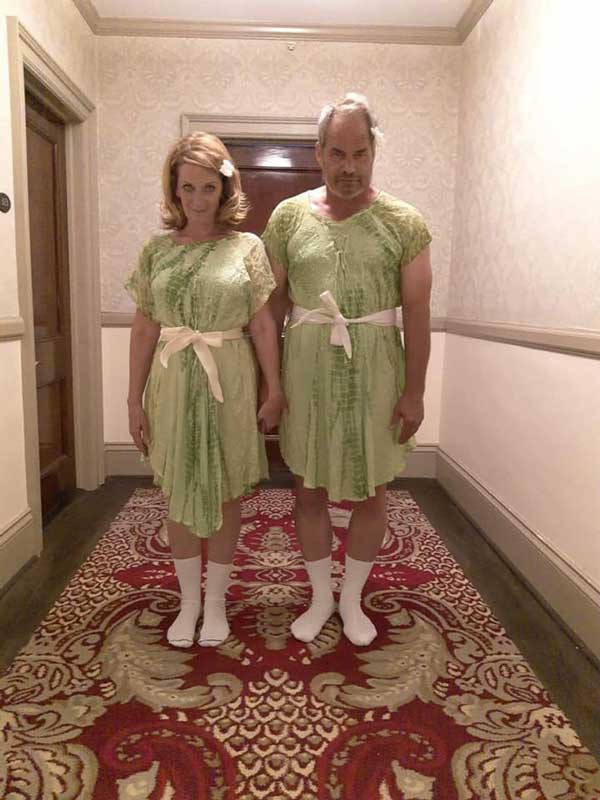 #12 Thrift store painting to which someone had added a dinosaur 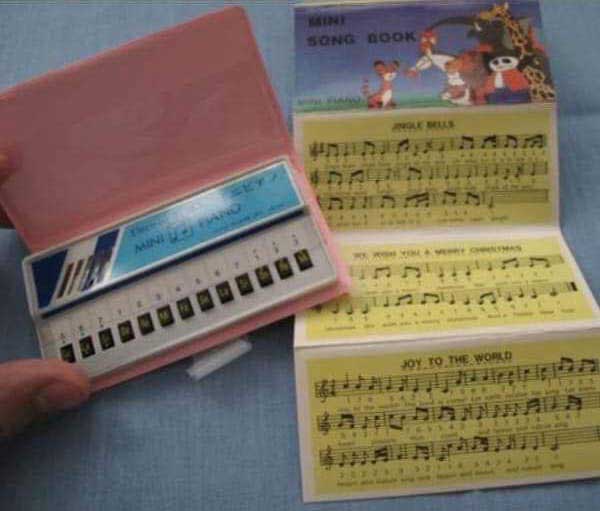 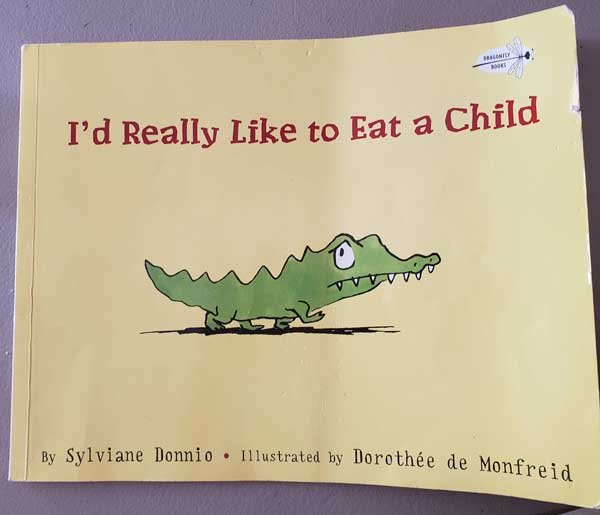 #15 Bought a nice frame at Goodwill for $0.50. Put a photo in it and kept seeing a smudge. Removed the back and held it up to the light and saw this… 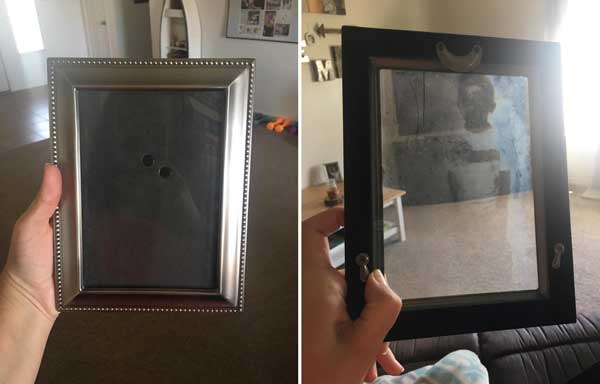 #16 Just had to share this charming tissue dispenser I came across in New York. MEOW!! 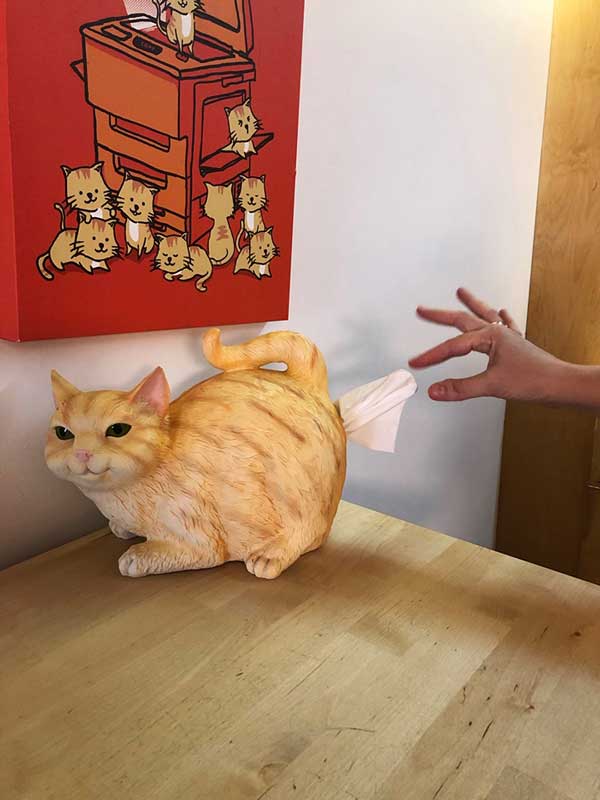 #17 I literally darted across the store when I saw her. She’s so fancy I love it 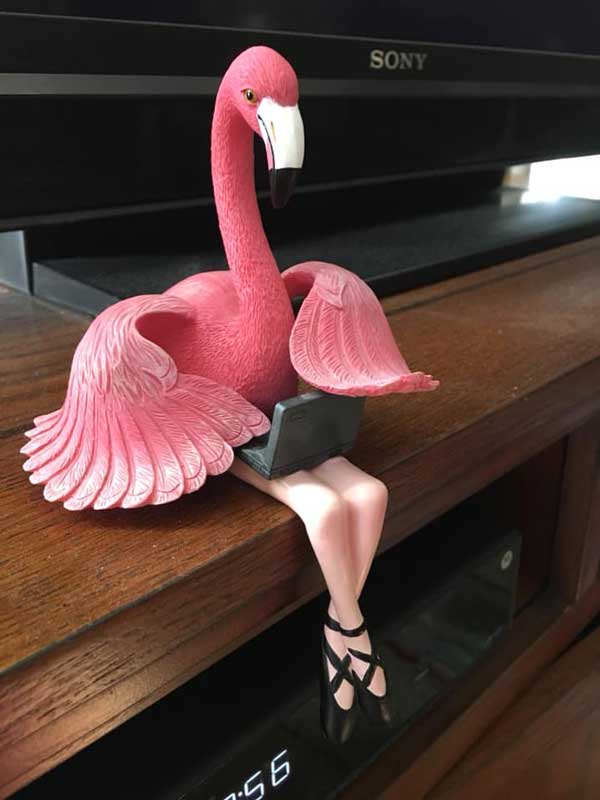 #18 Yes I did buy this elephant sweatshirt. Made me laugh too hard not too 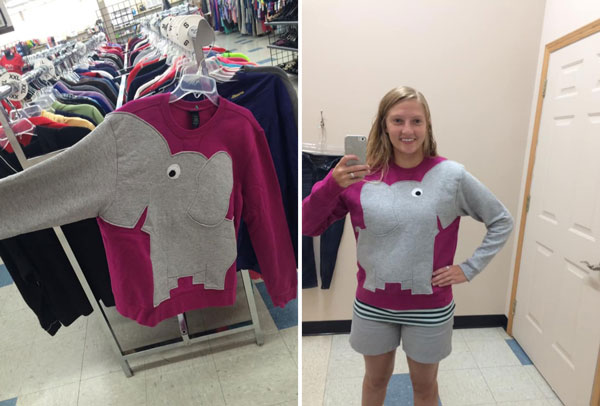 #19 I found this at goodwill! This has officially become my wedding rehearsal bouquet! 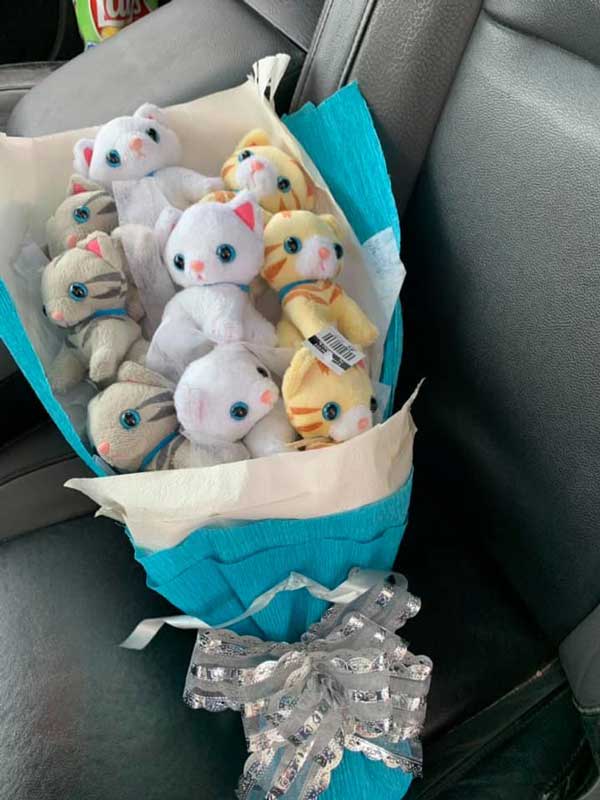 #20 Finally… I can drink my beer with ladylike class! 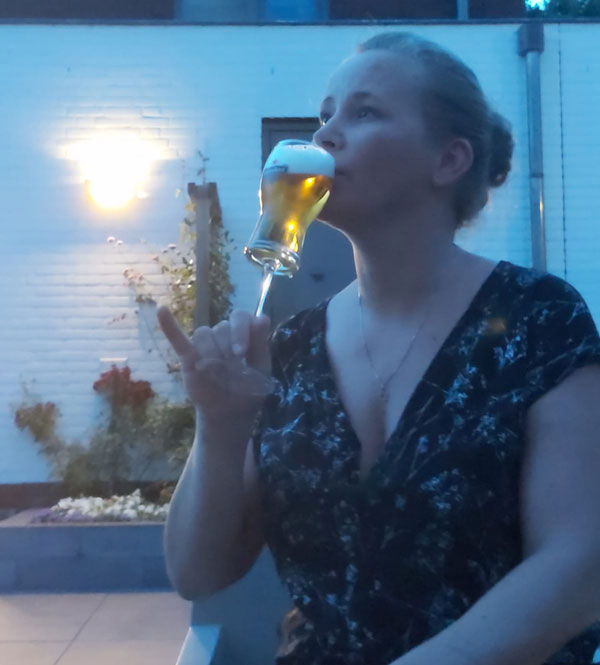