"One small act of kindness can have such a positive impact."

#1 This man who stopped to help a stranger change their flat tire. 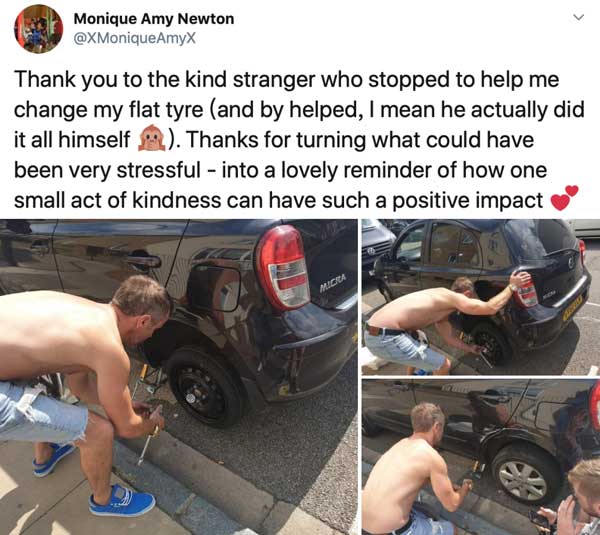 #3 This guy who inflated a stranger’s flat wheelchair tires. 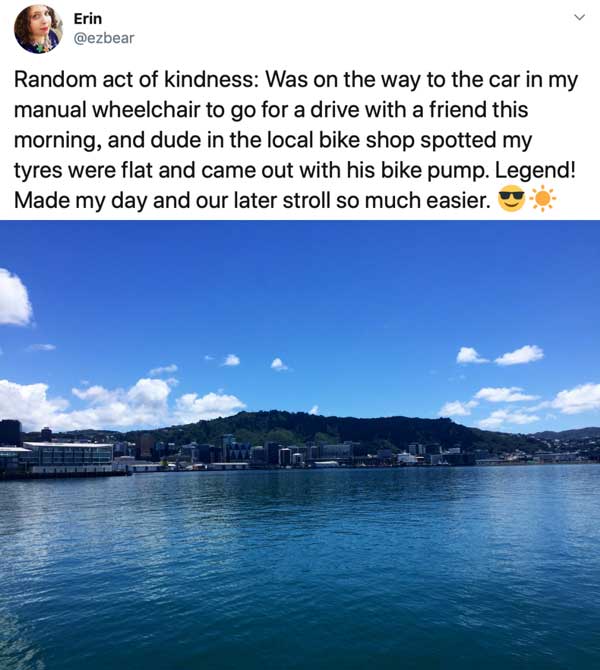 #4 This woman who paid for a stranger’s breakfast.

#5 This guy at the gym who offered a stranger a pair of shoes to replace his damaged ones. 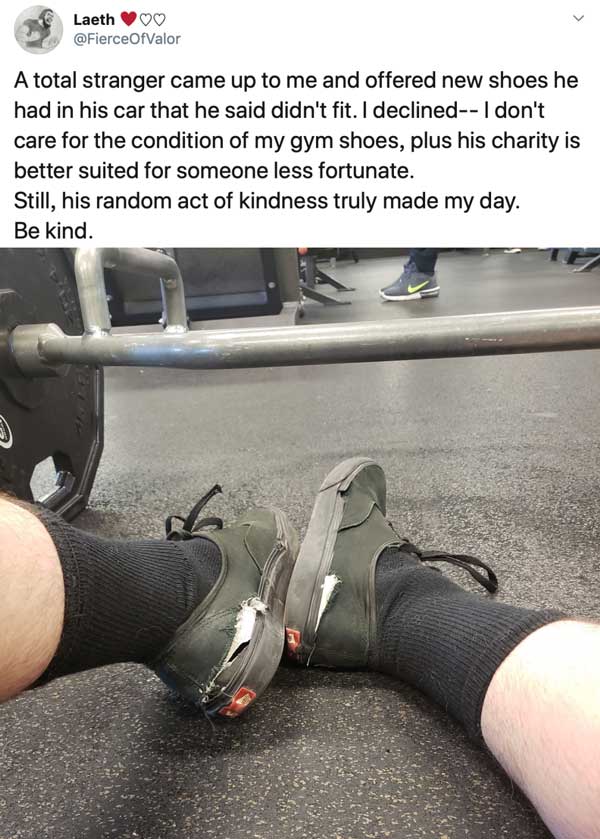 #6 This substitute teacher who left a principal a note about the great job he’s doing. 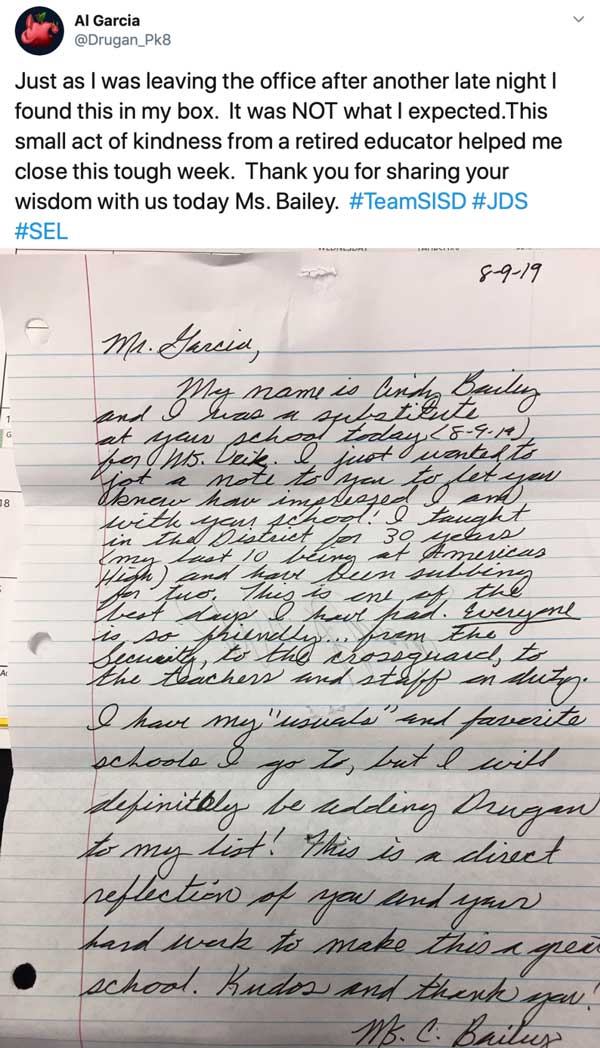 #7 This student who left a really sweet note for their teacher. 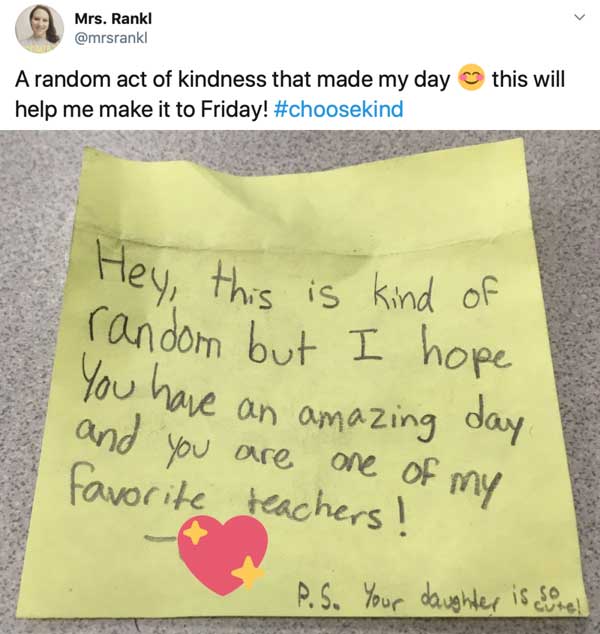 #8 This person who randomly sent their friend money to buy coffee. 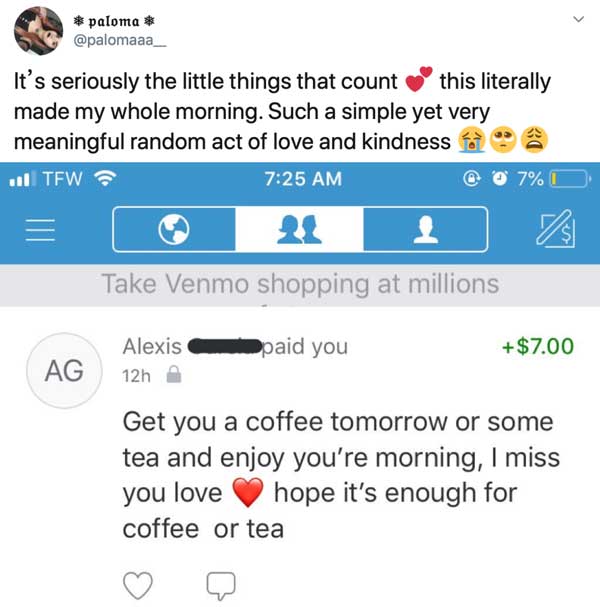 #9 This mom who left an uplifting note on her daughter’s steering wheel. 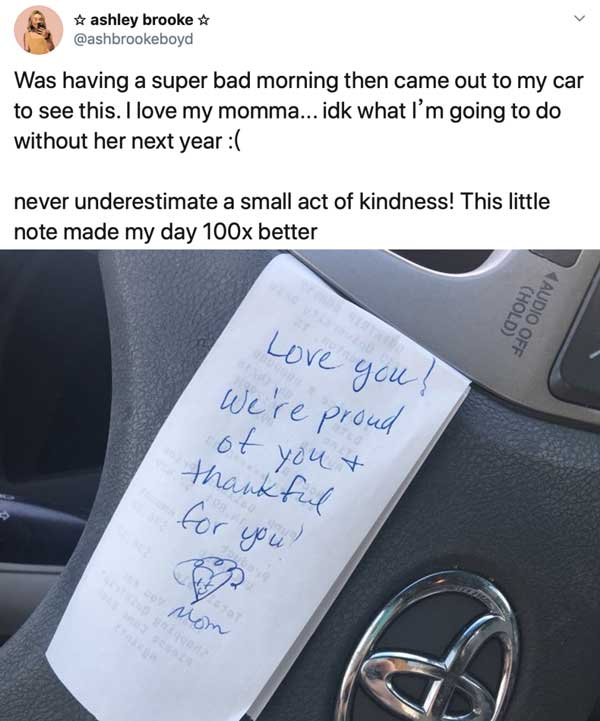 #10 This dude who gave up his window seat to a guy who had never been on a plane. 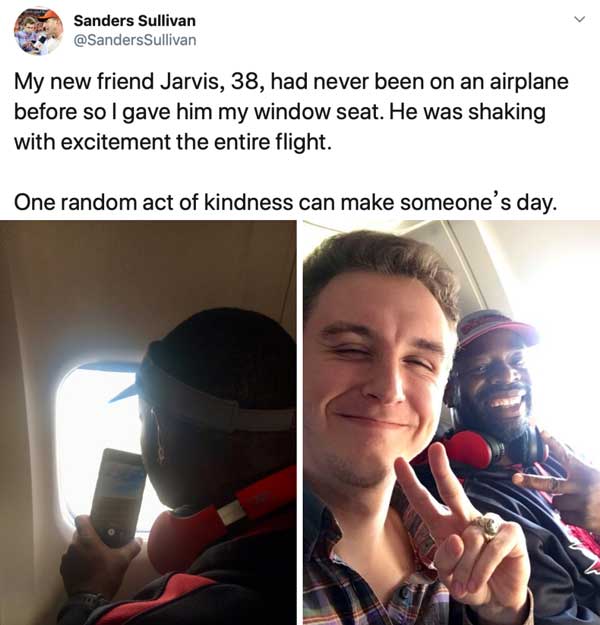 #11 This woman who gave the guy working at her house some food when she noticed he hadn’t eaten all day. 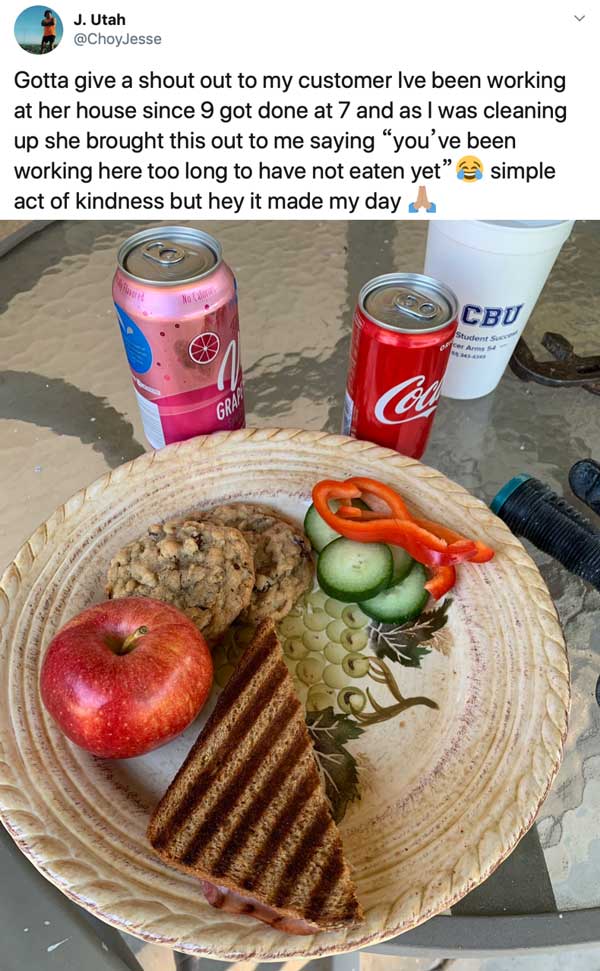 #12 This random person at the vet who paid for the procedure for someone else’s dog. 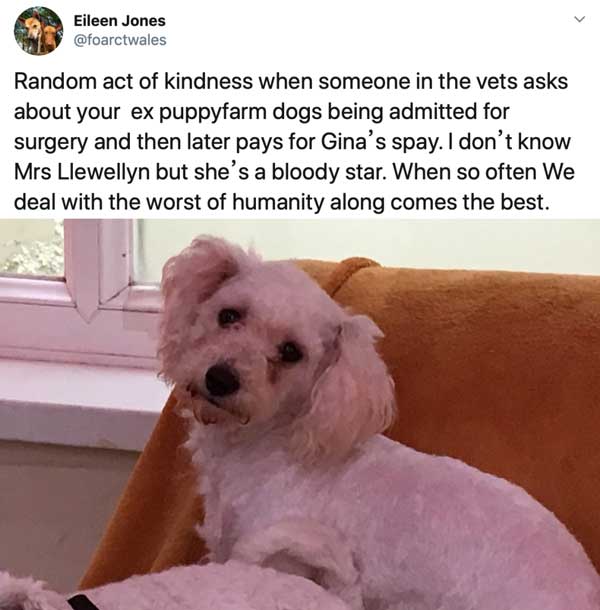 #13 This random person who put kind words on all the doors of their apartment building. 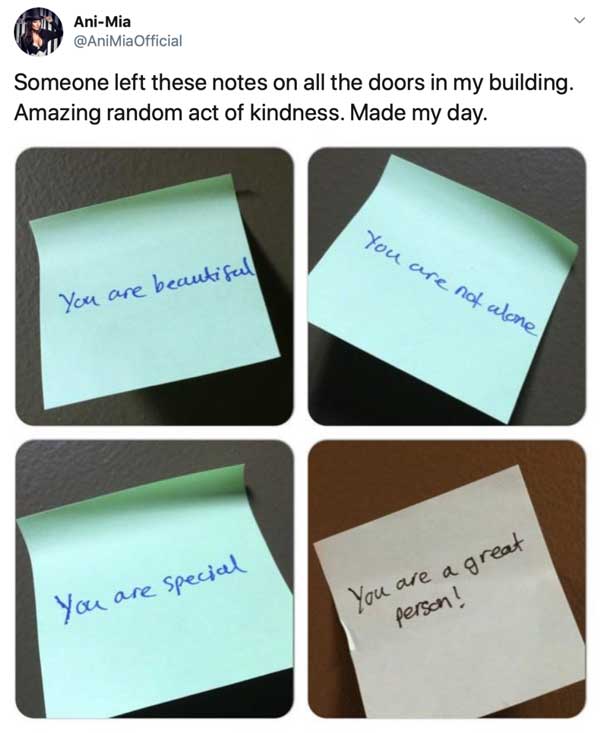 #14 This man who paid for a stranger’s groceries.

#15 This random person who sent a woman a teddy bear to keep. 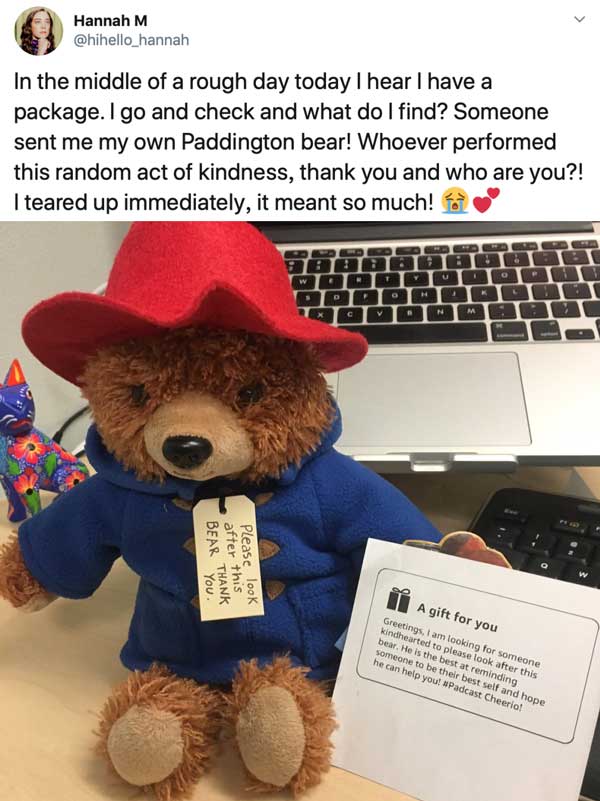 #16 This jogger who gave the shoes he was wearing to a homeless man.

It was 9am in the WTC area, I watched as a jogger took off his sneakers, gave them to a homeless man, & walked the NYC streets barefoot.

“Our character is what we do when we think nobody is looking.”pic.twitter.com/LT9dnMdHo0

And these people who surprised their coworker with the heartwarming gift of song. 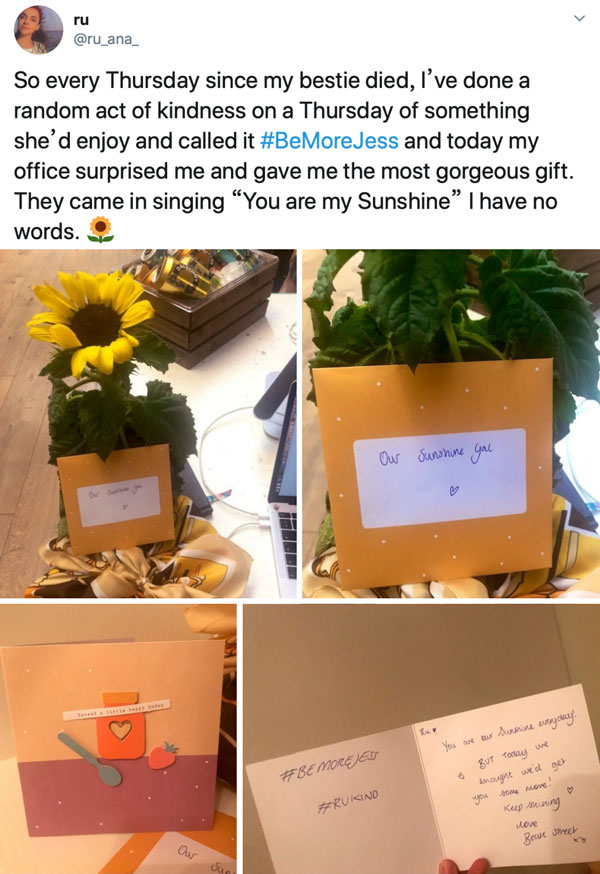