21 Hilarious Coworker Interactions That Are A Little Too Real

#1
There’s a new guy at work starting called Wayne Bruce and I said “ah, my old nemesis ManBat” and nobody got it honestly i am wasted here
amymarkscouk / Via twitter.com

#2
I have a co-worker who likes to print out memes and put them on her office wall. I came in to ask her a question and saw a new pic of what I thought was Gordon Ramsay in a wig and said ‘who put that wig on Gordon Ramsay’ and it turns out it was a pic of her great aunt who passed
daniecal / Via twitter.com

#3
Me: Sorry I’m late, I had to say goodbye to my dog today.
Co-worker: Oh, I’m so sorry. What happened?
Me: He just has a really bad day if I forget to say it.
eff_yeah_steph / Via twitter.com

#4
There is no pain greater than losing a loved one except for running into a co-worker outside of work
MikeDrucker / Via twitter.com 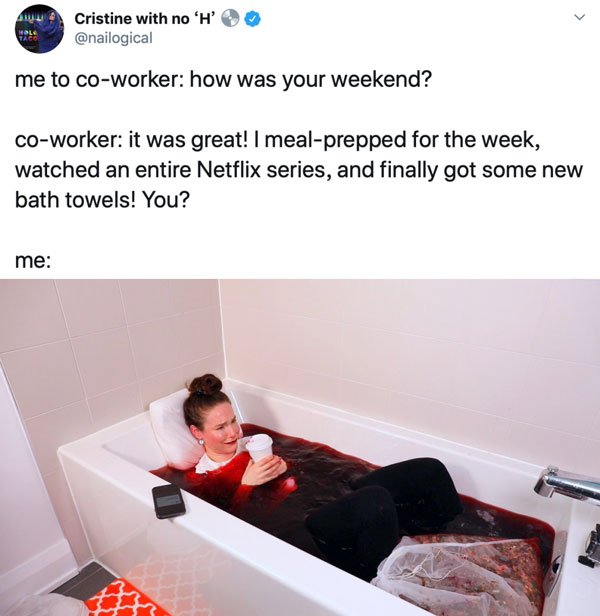 #7
So my coworker is getting married tomorrow and we decorated her office and now we’re all in HR bc someone bought her lingerie and cuffs and she got offended
_Muhfuckapretty / Via twitter.com 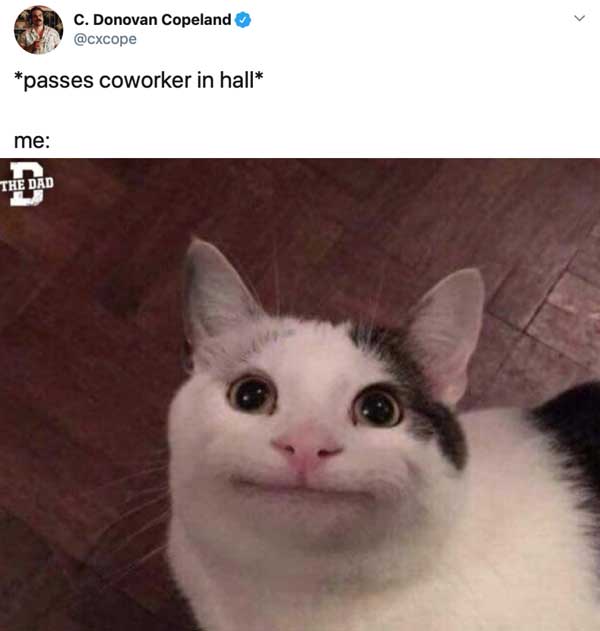 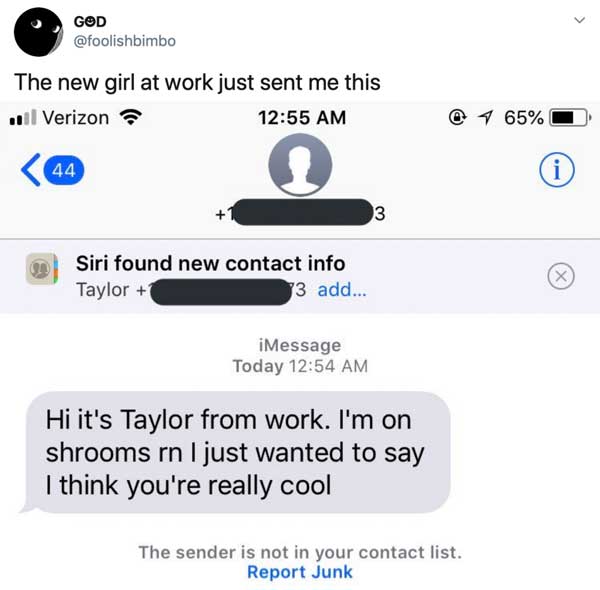 #10
Co-worker: I can’t find you on Facebook.
Me: I know. I found you first and blocked you.
9GAG / Via twitter.com 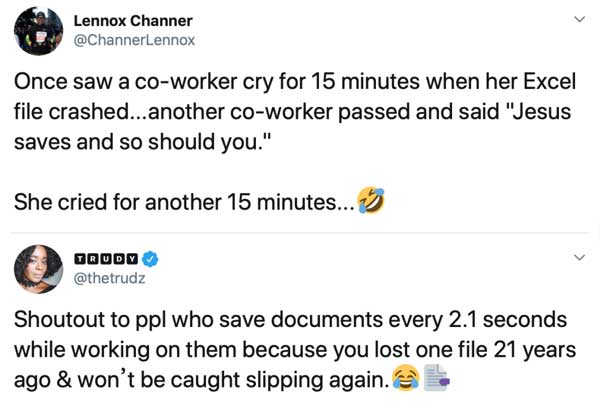 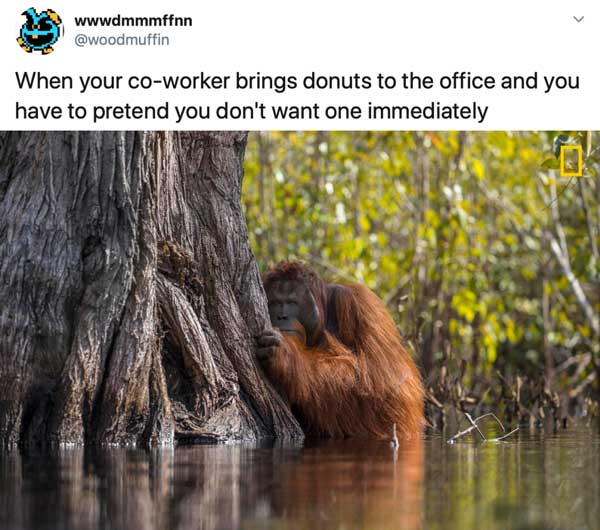 #13
A guy at work today said “these millenniums or whoever they are” and shook his head and that was just the end of the thought for him but not even a little bit for me.
iamspacegirl / Via twitter.com

#14
Yesterday a co-worker’s email to the whole company began with this accidental declaration:
“Hell to all”
taralibrarian / Via twitter.com

#15
co-worker: hey-
me: what is it I’m very busy
co-worker: your bluetooth is connected to the breakroom tv
[we keep eye contact as I try to pause shrek 2 but accidentally just turn up the volume]
Shen_the_Bird / Via twitter.com 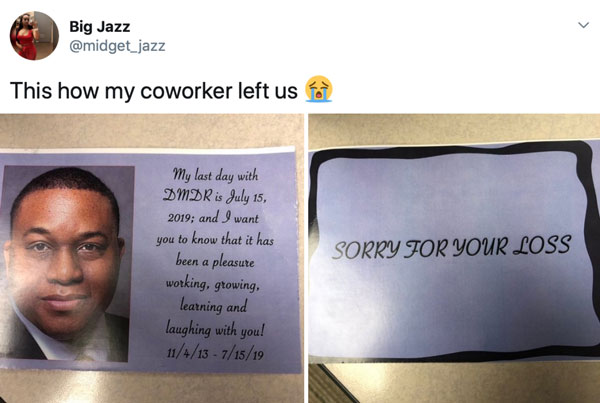 #17
If I hear my adjacent co-worker refer to googling something as
“you have to do it in your google” one more fu*king time… I’m gonna be a new tier of sad and not do anything about it
JeffisTallguy / Via twitter.com

#19
Had to act like I thought Amy Schumer was funny so my co-worker, who loves her, would take my shift.
Hotgayfather / Via twitter.com

#20
Me: I will not be awkward today
Co-worker: Hey!
Me: Good thanks!
SarcasticMe81 / Via twitter.com

co-worker: i have something to do tomorrow can you cover my shif-