Wake me up when teleportation is invented.

#1
On the train, a man just burped in my ear and then just left the carriage saying “it’s good for you mate”. Fair enough better out than in and all that but at least stay and enjoy your own cheese and onion breath that you’ve left on the side of my cheek.
NewHopeBlake / Via twitter.com

#2
I don’t believe children should be tried as adults but the little girl behind me on the train has been SLURPING on her own hair for three hours and she should absolutely go to jail for at least 5 years.
moby_dickhead / Via twitter.com 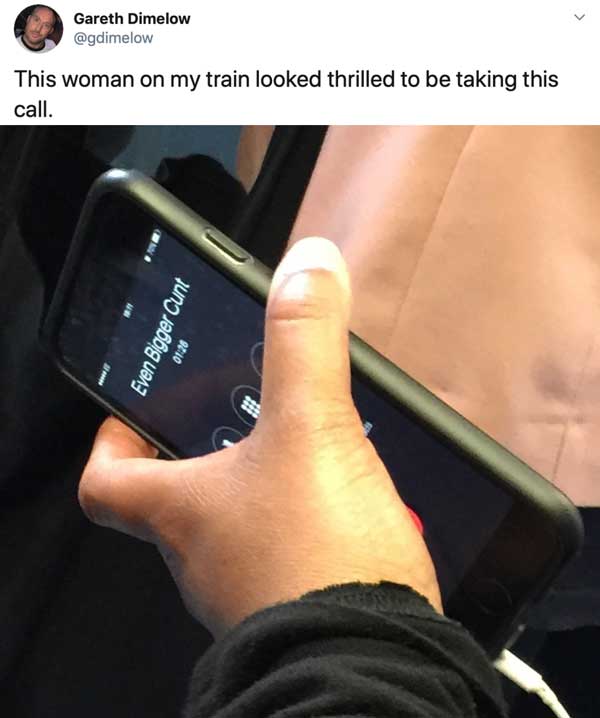 #4
THIS CUTE BOY ON MY TRAIN STARING AT ME SO I PUT MY FACE NEAR THE SUNLIGHT SO EYES WOULD GO GOLDEN BROWN AND I WOULD EFFORTLESSY SERENE AND LIKE I THINK I’M BLIND IN ONE EYE NOW BUT IT WAS WORTH iT
INDIEWASHERE / Via twitter.com 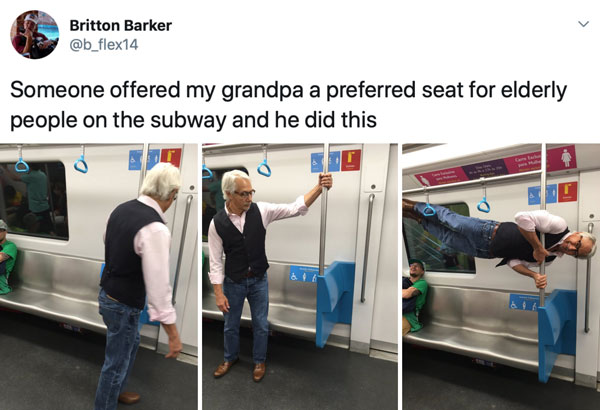 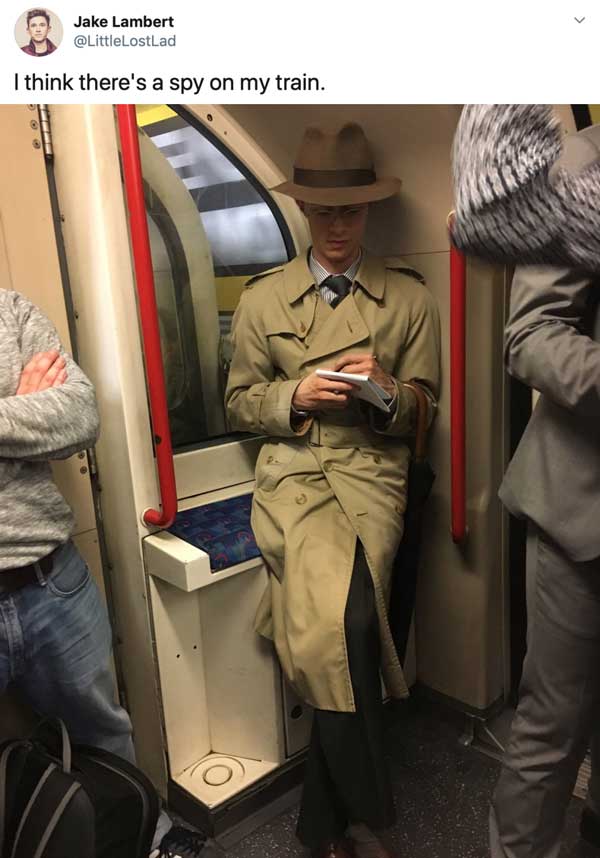 #7
A man just got on my train wearing a blue shirt and a red waistcoat and everyone is trying to show him their tickets.
The first few times he tried to explain he is not the conductor, but he gave up and is now just checking and nodding as he walks down the carriage.
bechillcomedian / Via twitter.com

#8
this little white girl on the train asked her mom “am I going to be white until I die?” Her mom said yes, and the girl is deada*s throwing a tantrum lmaoooo
mookTHEmonster / Via twitter.com 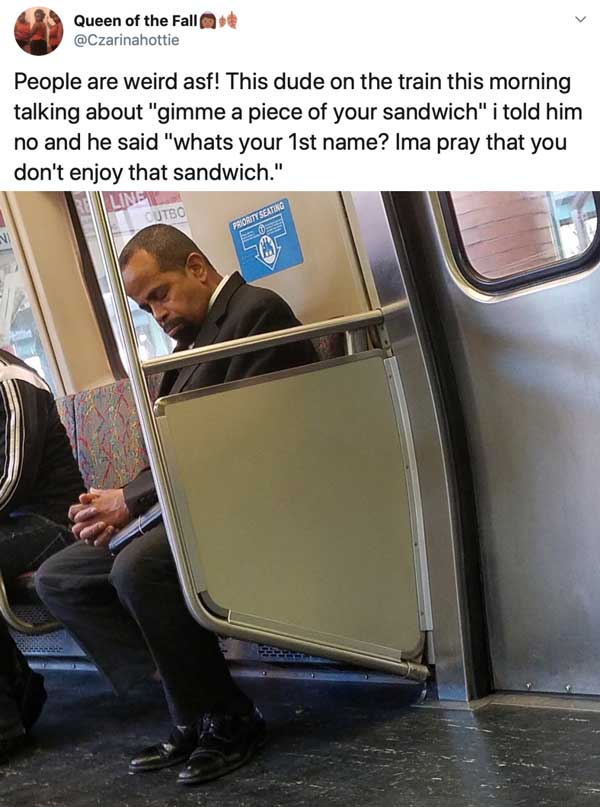 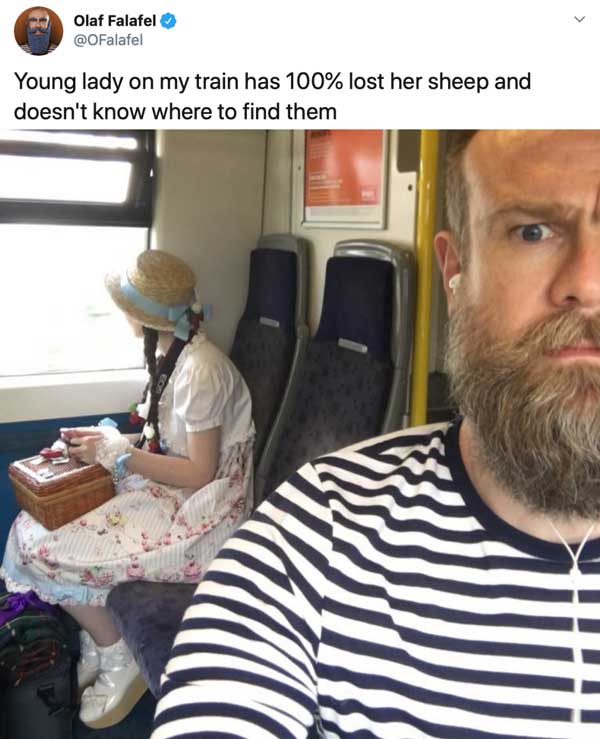 #12
i got on the train & a man asked me if i was from here and i was like well im from the bronx, my parents are from the dominican repub— why he stopped me and was like oh we just need to get to 6th ave and wanted directions KHDUWISAHXVVSH i almost switched train carts
thejennifer__ / Via twitter.com

#13
I sat next to a woman on the subway just now who had over 20,000 unread emails and reader let me tell you I absolutely switched train cars to avoid having that chaotic energy near me
marcformarc / Via twitter.com

#14
a child just bit me on the subway and his mom told him to actualize an apology and led him thru some deep breathing and oms and then thanked me for the wisdom of eastern religions brought to the world so….
i still hate park slope is the moral of this story
krutika / Via twitter.com

#15
Today in Commuting While Woman: a man got on the train, saw no seats, and sat ON me. He said “Slide over!” to me and another woman – WHILE SITTING ON ME. I told him there was no room and he was ON TOP OF ME. He didn’t move. Just sat his entitled a*s on top of me until I got up.
laurenarankin / Via twitter.com 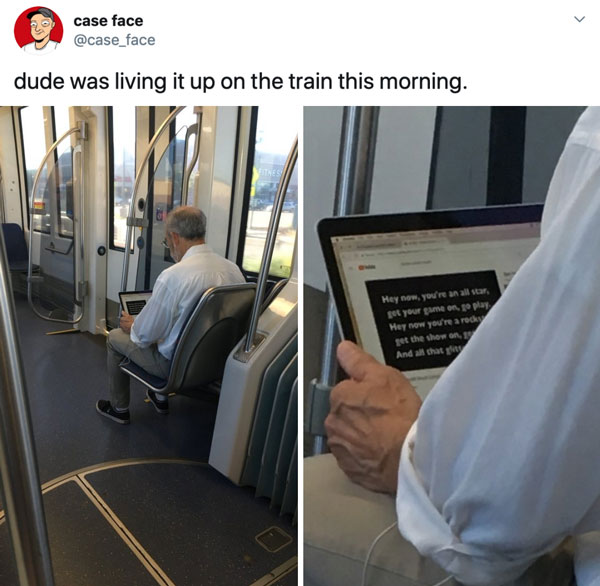 #17
There was a grown man on the subway wearing orange toe shoes. He ate a whole stick of string cheese in one bite. Nemesis acquired.
gracehelbig / Via twitter.com

#18
I’m on a subway where the conductor said on the loudspeaker: “The next stop is Suck My D**k avenue.” No one on this train even blinked.
ReelTalker / Via twitter.com

#19
A woman on the train kept staring at me and after about 25 minutes she was like “I’m sorry, but you look like my high school boyfriend who passed away” and without missing a beat I was like “Amanda?” and she was like “My name’s Rachel”… but imagine if I guessed her name right.
BrandonEsWolf / Via twitter.com

This woman giving it ALL to the selfie cam on the train is SENDING ME pic.twitter.com/i3JoSPKj3I

On the train and a man leaned over to a woman who was refreshing her cell phone and said “try a book, it doesn’t need WiFi” and can I tell you every other woman on this train looked at him like pic.twitter.com/CVoZ9ILERo