20+ Jokes About Trader Joe’s That Are Too Darn Accurate

I told my therapist, "I just want to be as happy as a Trader Joe's cashier."

me when i go to trader joe’s pic.twitter.com/bLBicdrU05

me: cool its fall

how did trader joe’s build such a solid brand to the point where they can sell me a microwaveable burrito and I still think it’s healthy ?? we have to hand it to trader joe on this

the Trader Joe’s cashier just finished bagging my groceries and asked me “what are you passionate about?” ….I don’t think my last boyfriend even got that intimate with me

The aisles at Trader Joe's are designed so that you have to get in the way of the same agitated single mother three times.

Ya boy is back with more Trader Joe’s products that fit into “Eleanor Rigby.” pic.twitter.com/944cvRhwne

My moms camped out for a new Trader Joe's store opening today like it was a new iPhone. Lesbian vegetarians are so crazy.

Why can't our government be run with the same friendly efficiency as a Trader Joe's?

Just gasped from excitement while reading about new items in the Trader Joe's Fearless Flyer newsletter. Someone come check me for a pulse.

My local Trader Joe's has run out of coconut oil. I just hope this doesn't end in violence 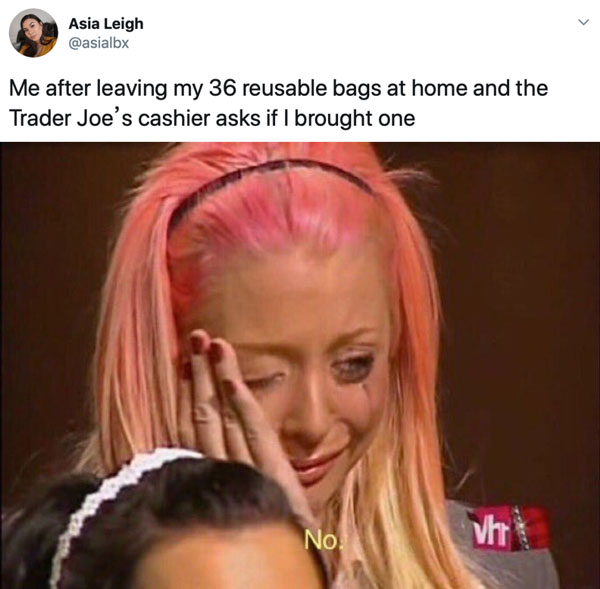 Eminem Live Perfomance
18 Life Hacks That I Swear To God You’ll Want To Try At Home
Black Marlin Jumps In Boat
What Does Mars Need to Be Habitable?