#1 Failing multiple times before successfully plugging your phone charger in the outlet in the dark. 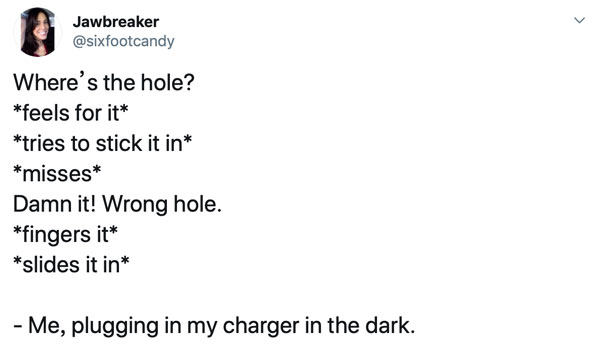 #2 Thinking that a super good brushing right before the dentist is going to magically get rid of potential cavities.

#3 Impulsively using the word “you too” to strangers who are definitely not doing the same thing as you.

#4 Making up a fake excuse for being late to something (and sounding more remarkable than you actually are).

#5 Seeing a penny on the floor and deciding bending over to get it isn’t worth the effort.

#6 Pretending like you have a super fun and busy schedule when you don’t.

#7 Scrolling through your phone and responding to texts on the toilet. 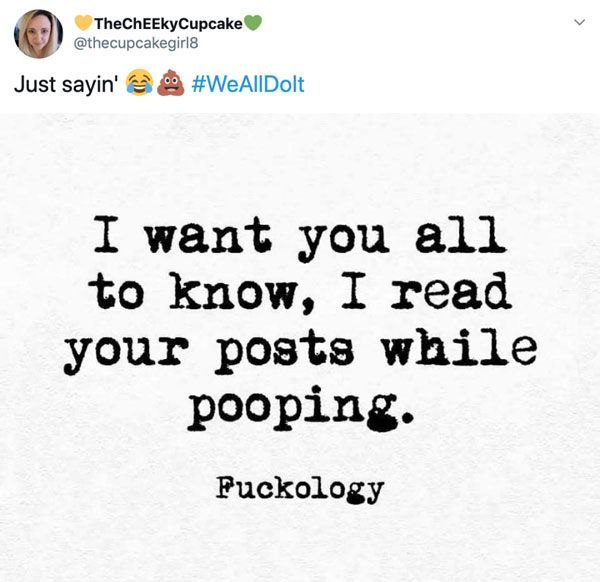 #8 Walking into a room and forgetting what you went in there for.

#9 Putting a beverage in the freezer to get it cold faster and forgetting about it. 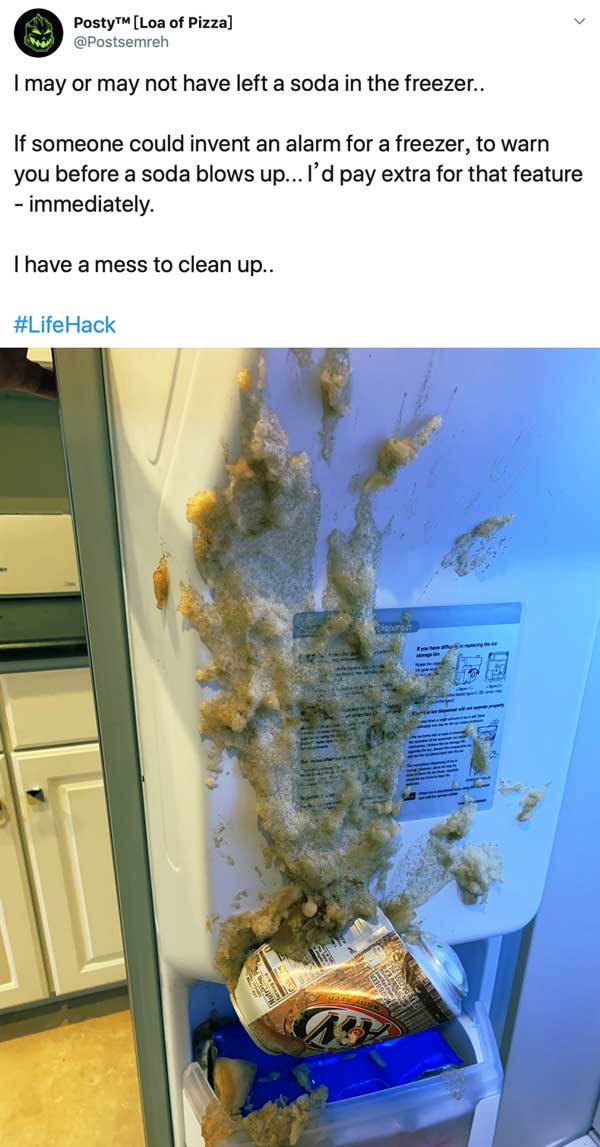 #10 Hating your wardrobe but also refusing to change your style.

#11 Secretly stalking people on social media then finding yourself two years deep in their account.

#12 Putting toothpaste on your finger and “brushing” your teeth when you don’t have a toothbrush. 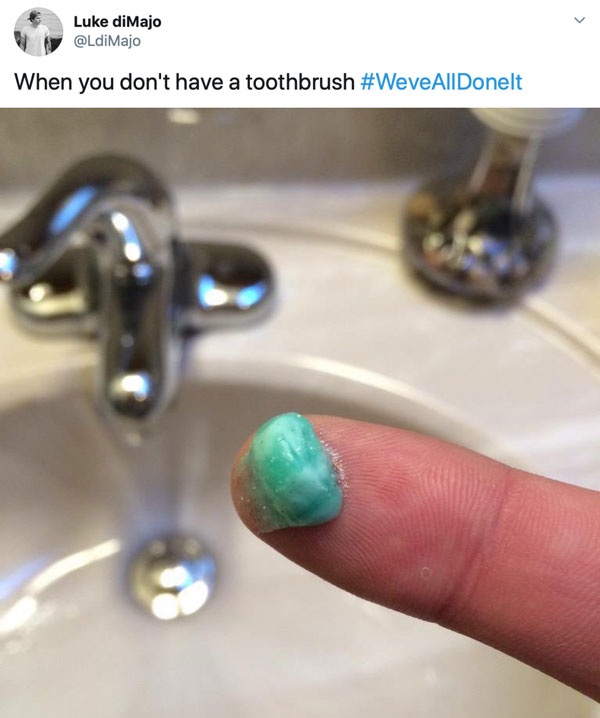 #13 Pushing a pull door and vice versa (even when there’s a sign telling you which it is).

#14 Turning down the volume when you are driving and looking for your destination.

#15 Losing something immediately after you buy it.

#16 Saying a word or phrase in your head exactly like they did in the movie.