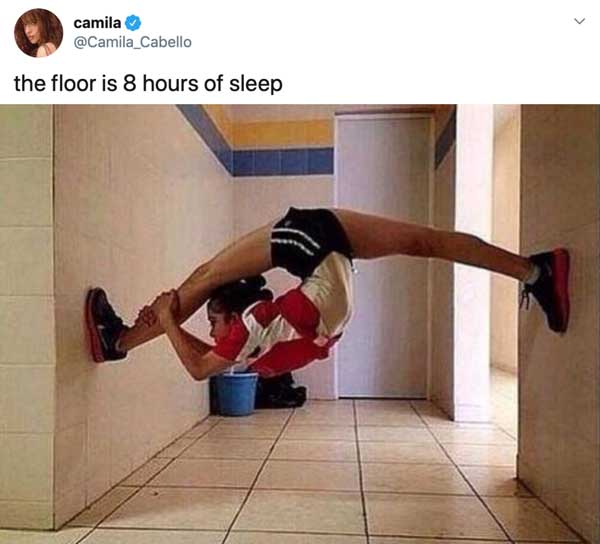 where are u guys putting your arms when you sleep??? bc mine are in the fu*king way

me at 3am acting out the dialogues in the fanfiction i'm reading pic.twitter.com/IhAlMpU5n5

Me when someone sends “sorry I fell asleep” after I made myself sleep deprived waiting for a text pic.twitter.com/OGl3KIsMF4 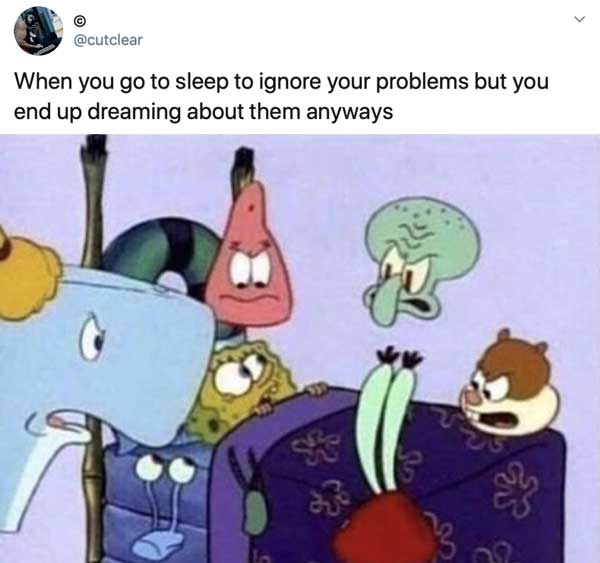 me : I'm so tired gonna go and sleep

me trying to sleep

me trying to sleep:
the memory of that embarrassing thing i did back in 2004: pic.twitter.com/Lgky7leUtl

do you ever want sleep but sleep doesn’t want you

me: *trying to sleep*

me: trying to sleep
mosquito near my ear: pic.twitter.com/JQhfF1Zvak 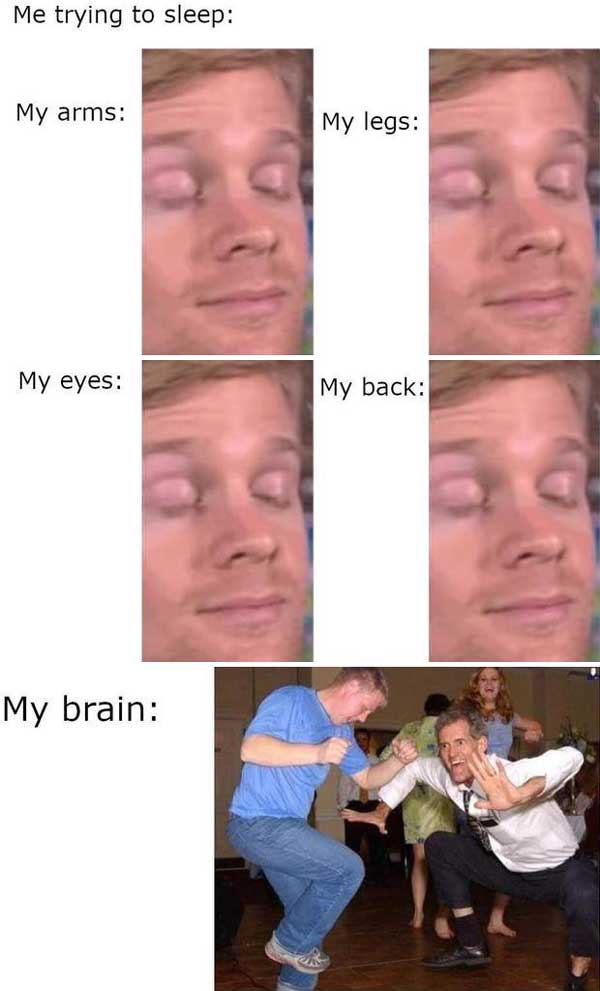 when you got 3 hours of sleep but you need money: pic.twitter.com/7rwtgiT5GK

what I see in the corner of my room when i wake up with sleep paralysis #bachelorinparadise pic.twitter.com/wkWstnO3Pm

me on the Instagram explorer page looking at soap cutting videos after telling people I’m going to sleep pic.twitter.com/SBDiQuyLKT

my insomnia watching me put my phone down for the 100th time and try to go to bed pic.twitter.com/sRJsKZQrGO

4am. Can’t sleep. Should I be productive?, nay, another savage peppa pig compilation calls to me. I am cleansed.

me: i'm going to sleep
insomnia at 3:00AM: pic.twitter.com/IubJxX1HGV

MELATONIN: Hello, I’m here to help you go to sleep.

ME: Wow that sounds so nice, thank you!

MELATONIN: Just relax and don’t worry about the incredibly vivid nightmares that I’m going to induce :)

ME: [nodding off] wait wha- 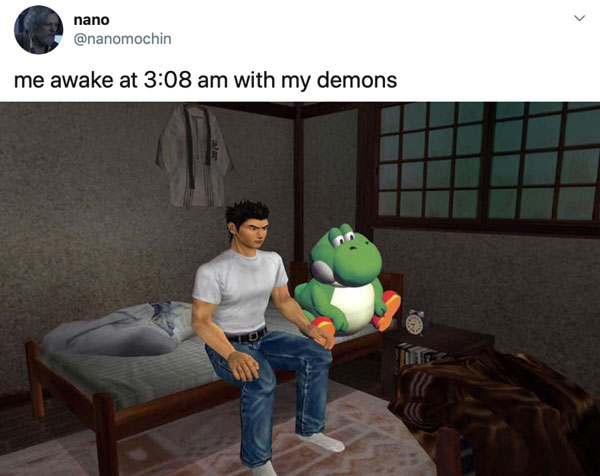 a healthy sleep pattern? i don't know her 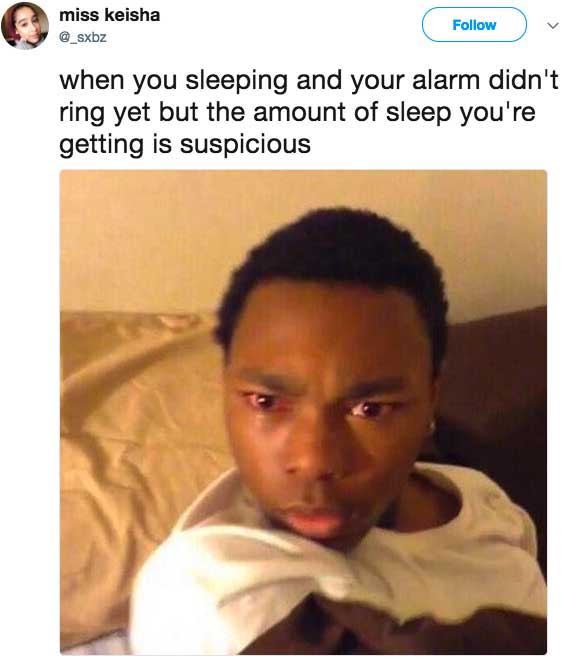 Mike Tyson Was Arrested 38 Times Before He Turned 13
What The Color Of Your Urine Says About Your Health And Hydration
What Events Happened on February 21 in History?
This probably the oldest rocker