Just 14 Funny Things That Happened On The Internet This Week 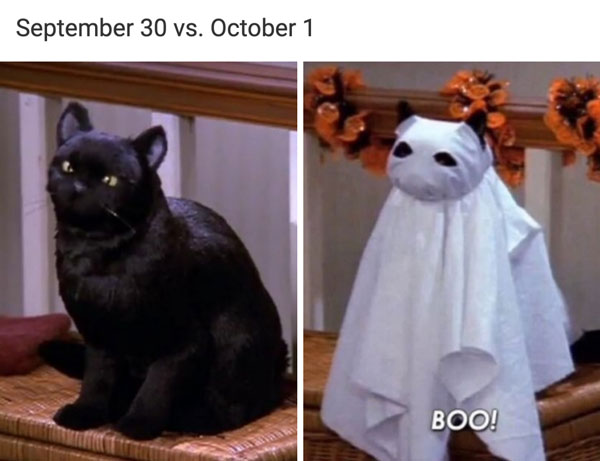 #2 This bird broke the law but remained anonymous: 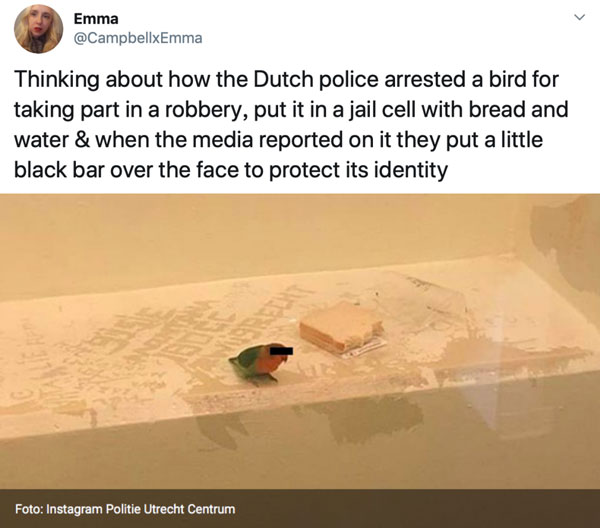 #3 Lizzo and The Aristocats came together in an absolutely PURRFECT collaboration!!!

A video you never thought you needed til now. Aristocats v Lizzo.pic.twitter.com/mex06gDccN

ladies & gentlemen, i present to you my dads halloween costume pic.twitter.com/E9mJ6zJwig

#7 This little guy was really going through it:

Been together since 4pm, no problems. I go to the bathroom ONCE 45 seconds in, and I have to rush out to this: pic.twitter.com/AN1iaZYe2k

Crazy event at ORD. Heads up safety move by a ramp worker! pic.twitter.com/SQi5zB0Ooz

#9 Bill Hader dancing became one of the top memes of the year!!!

#10 This kitty really tried their best!!!

enjoy this video of my cat’s 6th attempt to jump on the counter. pic.twitter.com/D1nnhVMG09

#11 This old clip from the truTV show, South Beach Tow, made the rounds again and it’s…a lot:

the fact that this is one of the funniest moments in cinematic history pic.twitter.com/NUp6unmELi

This video of my 2 year old niece is the cutest thing you’ll ever hear pic.twitter.com/uwUJmeansf

#13 Reese Witherspoon became a TikTok Mom™ and, quite frankly, it was iconic:

STOP WHAT YOU’RE DOING reese is learning how to tiktok and thats very important give her some credits pic.twitter.com/1Fj5VEQTKE