#2 They are super intense: 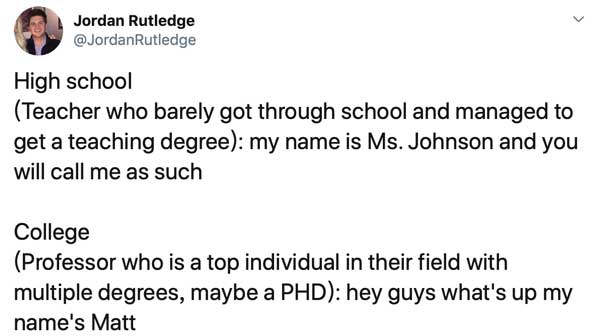 #3 And they aren’t afraid to lay down the law: 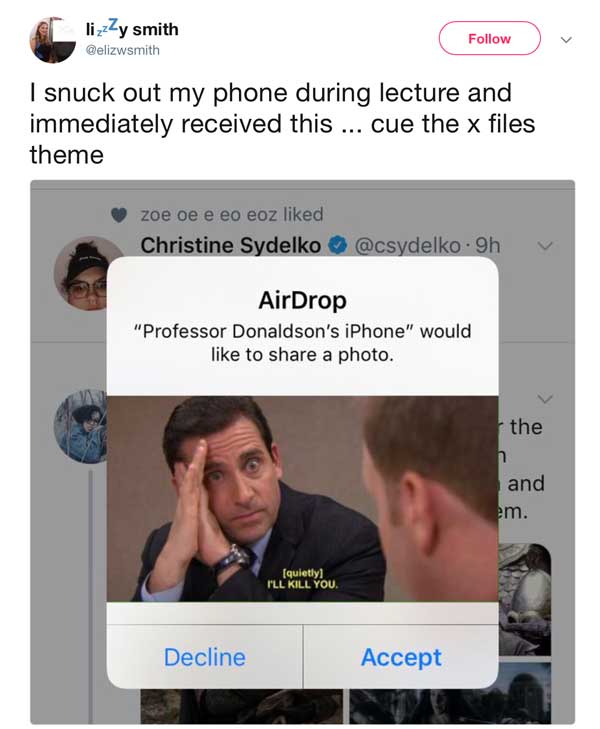 #4 College professors have no patience for tardiness:

#5 They are SUPER strict with directions: 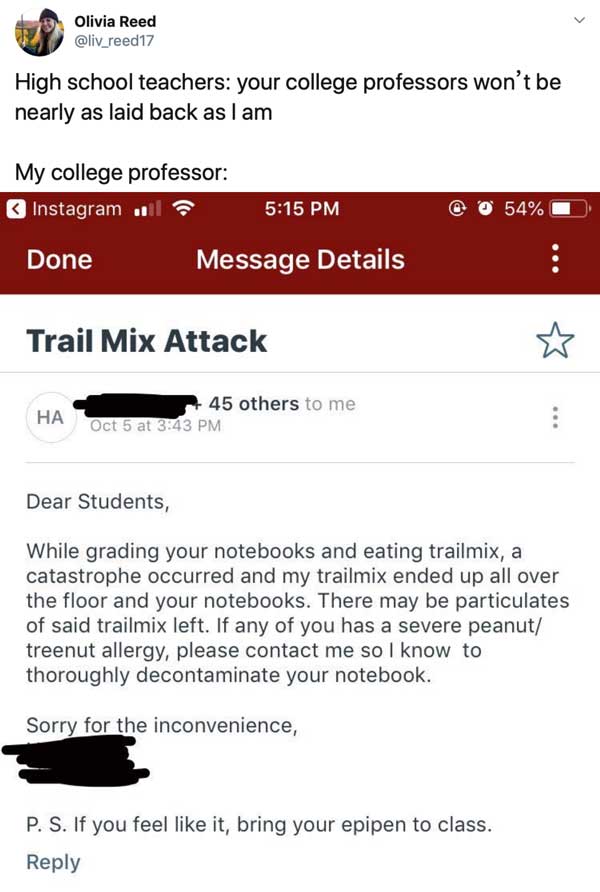 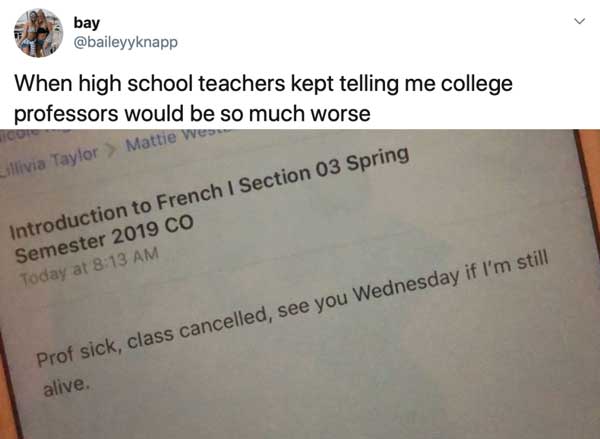 #8 And they make zero effort to get to know the students: 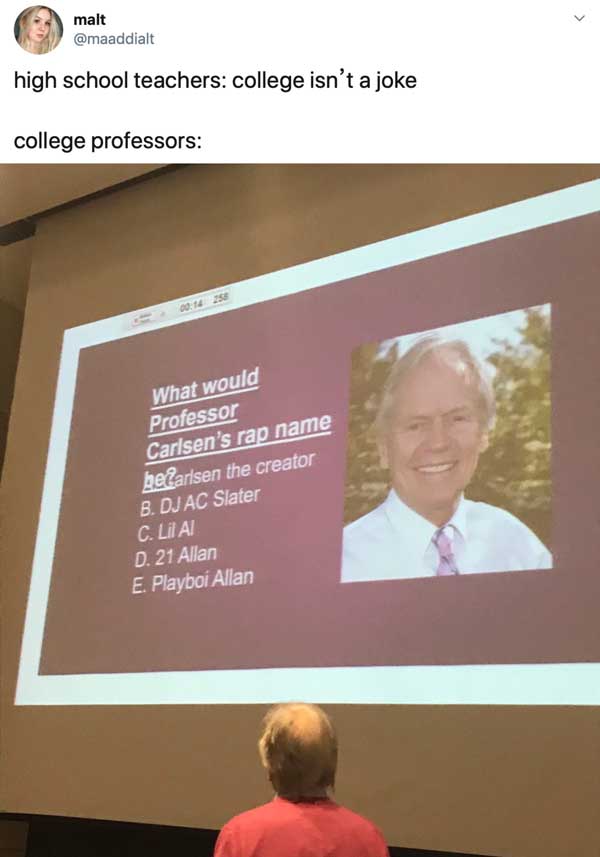 #10 And they only dress in the finest clothing: 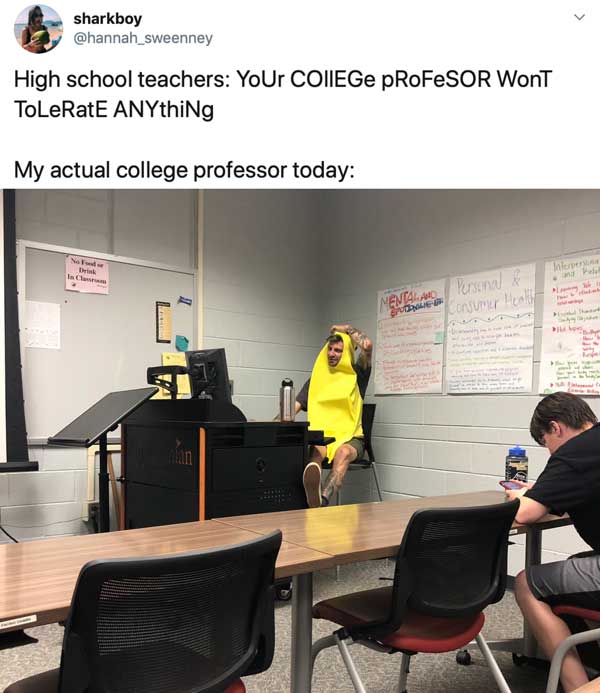 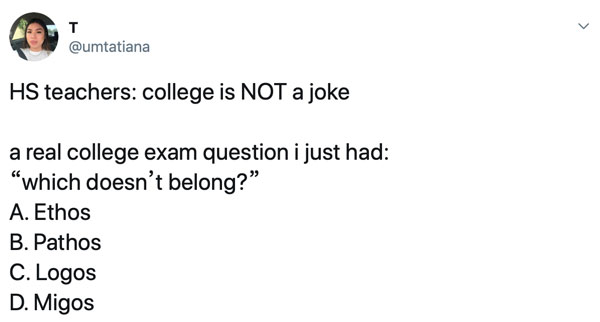 #12 College professors have no time for jokes: 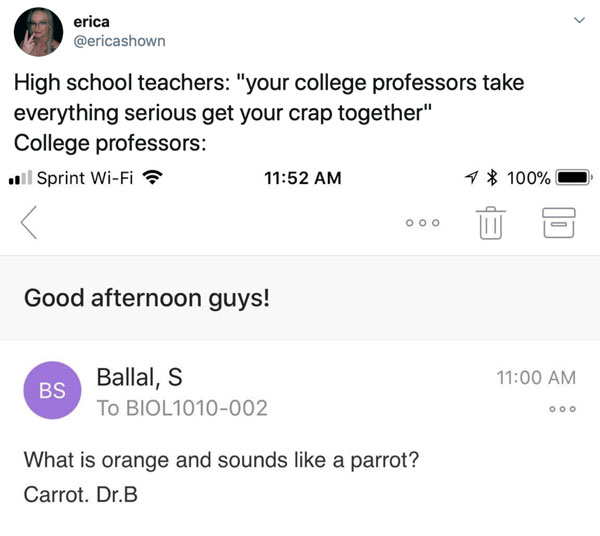 #13 They rarely give extra credit:

#14 College professors only cancel class if the situation is truly desperate: 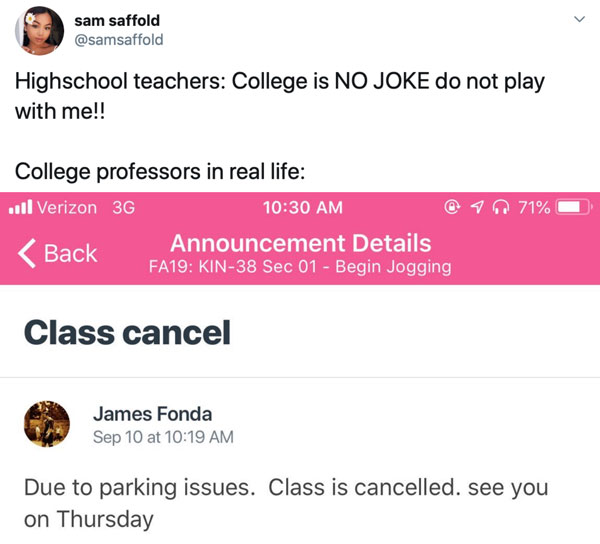 #16 They have no time for fun and games: 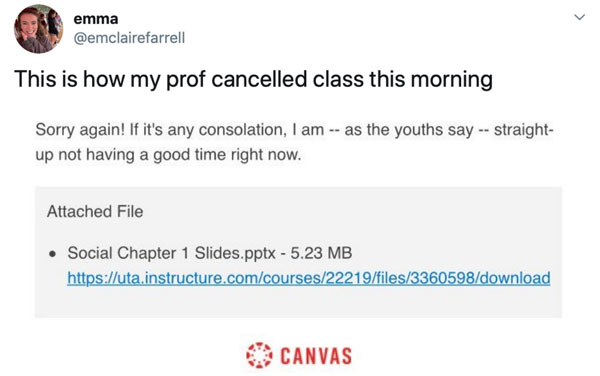 #17 They don’t appreciate any funny business:

High school teachers: “Your professors in college won’t put up with that”

#18 College professors have absolutely no room for failure:

High school teachers: your college professors are NOT going to put up with this

College professors: who wants to race in the parking lot pic.twitter.com/d00OknhwBX

My High school Teacher: “You are all in for a rude awakening in college. Professors don’t mess around, its all business there.”

15 People Who Prove You Don’t Need To Do Something Big To Make A Difference
What Events Happened on October 18 in History?
21 People Who Absolutely Won Halloween
The Worst Thing About Shopping