15 Good And Wholesome Things That Happened This Week 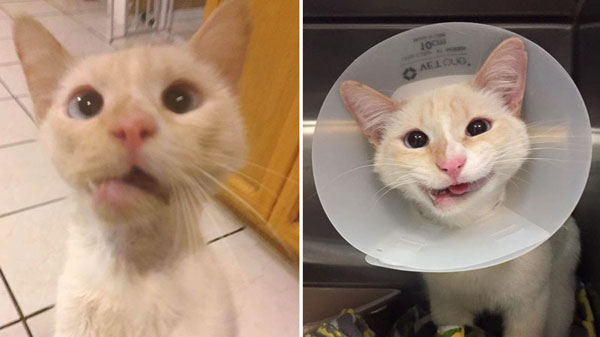 Been together since 4pm, no problems. I go to the bathroom ONCE 45 seconds in, and I have to rush out to this: pic.twitter.com/AN1iaZYe2k

#3 This dad won Halloween a month before Halloween:

ladies & gentlemen, i present to you my dads halloween costume pic.twitter.com/E9mJ6zJwig

#4 We got to experience Taylor Swift after Lasik eye surgery and it was EVERYTHING:

This video of my 2 year old niece is the cutest thing you’ll ever hear pic.twitter.com/uwUJmeansf

#6 This kitters led us in meditation:

#7 THIS VIDEO QUITE LITERALLY BOOPED MY SNOOT!!!

Okay guys I found the best one pic.twitter.com/aPCS8BHoUP

Like the Beatles said: It’s getting better all the time. Thanks, babe, for 27 amazing years! pic.twitter.com/mImRqIYn1R

#9 This mom was a living, breathing meme:

Please forget all the bad things in the world for 20 seconds and look at this cat wearing glasses. pic.twitter.com/CRldukcHhz

#11 These lil’ kitterellas picked out their collars!!!!!!

#12 Hilary Duff entertained her family with her most notable work:

Hilary Duff watching The Lizzie McGuire Movie with her boyfriend and 2 kidspic.twitter.com/7J6Kc3fqWw

#13 This musical duo became an overnight sensation that SHOOK the music industry:

The perfect video does not exi— pic.twitter.com/UK7rM623Ng

#14 This smol one cried while watching the Pokémon movie!!!!!!

Y’all lying if you say you didn’t cry watching the Pokémon movie for the first time too pic.twitter.com/9r9dtvllyk

#15 And lastly, this cat received a gold star for trying:

enjoy this video of my cat’s 6th attempt to jump on the counter. pic.twitter.com/D1nnhVMG09