16 Jokes About Teen Movies That Are So Accurate

"Are Seven Minutes in Heaven and Spin the Bottle even real games?" 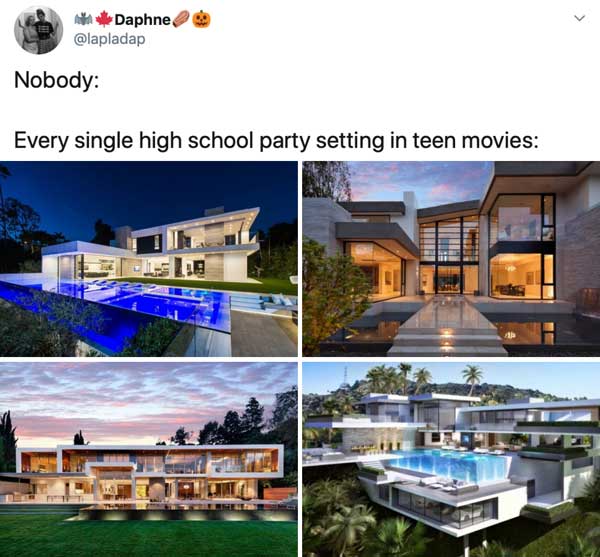 #2
teen movie villain: that’s carrie she’s a LOSER we all HATE AND BULLY her because she’s such a disgusting FREAK *pan to classically beautiful stick thin blonde woman with slightly stringy hair walking slightly hunched over* what a fu*king FREAK LOSER
ladiedbird / Via twitter.com

#3
Usually in teen movies eh I never really understood how one person can send a text to the entire school..like who has the entire school’s contact on their phone???
xmxabena_ / Via twitter.com

#4
Why are mean girls in teen movies always in groups of three when I was in high school it was like this messy but cohesive group of 12 little bit*hes
MichaelaOkla / Via twitter.com 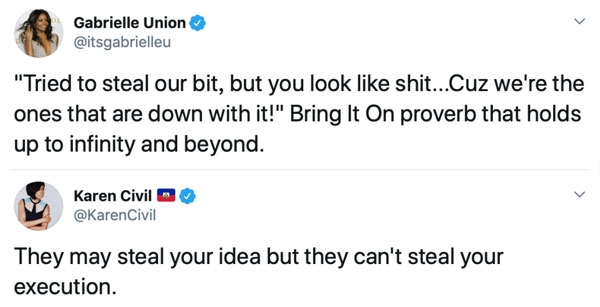 #6
There was a point in the early 00′s when it seems as if Seann William Scott was in every teen movie made.
AislingMc23 / Via twitter.com 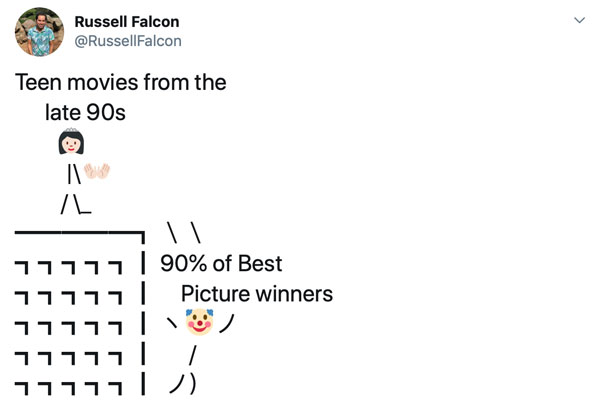 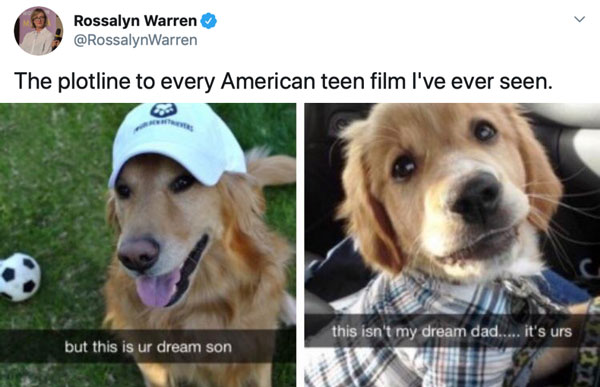 #9
“Kiss Me” by Sixpence None The Richer was playing in the cafeteria when I got my coffee and I feel like I’m in a ’90s teen movie where I’ll discover I was beautiful all along if I just take off my glasses.
CGriwkowsky / Via twitter.com

#10
Happy Shakespeare Day. My favourite of his works is 10 Things I Hate About You.
BeeBabs / Via twitter.com

#11
If you think my grown a*s is gonna watch a corny teen Netflix movie about a girl & some love letters then you’re absolutely right I love you peter kavinsky
Lauren_Remy / Via twitter.com

#12
I think my child brain took in the “voiceover” aspect of teen movies as a normal real life thing . I literally talk to myself in voice over. my conscience is an actual voiceover.
quenblackwell / Via twitter.com

#13
are 7 minutes in Heaven and spin the bottle even real games I’m convinced they only exist in campy teen movies and not in our physical realm… I have not spent a minute in heaven nor spun a single bottle
uhhmmily / Via twitter.com

#14
Heath Ledger singing Can’t take my eyes off you in the 10 things I hate about you is still life changing
mahdiyyah60 / Via twitter.com

#15
Kiss me for the first time while “Dreams” by The Cranberries is playing so we can be like a 90′s teen movie.
CarlieisStoned / Via twitter.com

#17
moral lesson of 100% of teen movies:
don’t ditch your uncool nice friends for the cool mean friends
SimoneGiertz / Via twitter.com