Recently, Redditor u/squid50s posed this question: “Chefs of Reddit, what are some ‘red flags’ people should look out for when they go out to eat?” Here’s what they had to say: 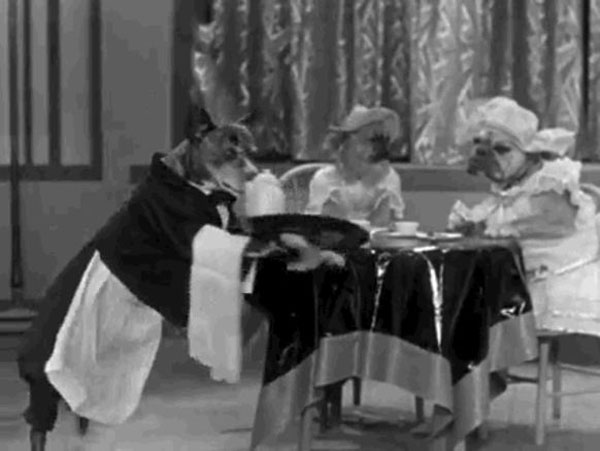 #1
“A huuuuuuge fu*king menu probably means you’re eating out of the freezer.”
yeahbutwot / Via reddit.com

#2
“For my NYC people, ‘Grade Pending’ doesn’t mean that the restaurant is awaiting judgement on their health inspection. It means that they got a B or a C grade, contested it, and were given a grace period to fix their wrongs.”
ImSuperSick / Via reddit.com

#3
“Sick waitstaff. If restaurant owners encourage their waitstaff to work while sick — or don’t help to find a replacement — you can count on getting sick too.”
thick_andy / Via reddit.com

#4
“Specials are just leftovers — they’re things that we’d rather sell than throw out.”
kurtn0tk1rk / Via reddit.com

#5
“Ask where your seafood comes from. If they don’t know, you don’t want it.”
MaterialImportance / Via reddit.com

#6
“Gluten-free bases — we offer them because of sales. And somehow, I’m expected to make gluten-free food in a kitchen that’s been pelted with flour for seven hours.”
Cynical_Jingle / Via reddit.com

#7
“Watch for ‘No Substitutions.’ If the place makes its own food, they can sub virtually anything for anything else. While they may try to play it up as ‘Our food is perfect and we refuse to change it on moral grounds,’ it’s almost always a sign of ‘This was made two months ago and all we do is reheat it.’”
Edymnion / Via reddit.com

#8
“Salt shakers. If the holes are clogged and the top is dirty, that thing has been refilled 100 times without being washed.”
faployst / Via reddit.com

#9
“I’ve heard that if you actually smell fish at a sushi restaurant, it’s in your — and your insides’ — best interest to hightail it out of there.”
bellabane / Via reddit.com

#10
“Brunch is just using up leftovers from the rush of the weekend. Generally the worst quality food, and usually worth skipping.”
XmagnumoperaX / Via reddit.com

#11
“Learn to identify ‘roachy’ as a smell and you can nope the fu*k out at the door. Same with bad grease smells.”
drot525 / Via reddit.com

#12
“A good amount of hot food isn’t truly kosher/halal, and a lot of seemingly vegan food isn’t — a skillet that cooked sausage during the breakfast shift might not have been washed before being used to blacken chicken or sauté vegetables for lunch.”
sibuttadopo / Via reddit.com

#13
“If the restaurant has a coffee machine visible, take a look at the steamer. If it’s covered in white, it means they don’t clean it after frothing the milk.”
fernanzgz / Via reddit.com

#14
“If there’s a self-service soda machine, go ahead and take a napkin around the inside of any of the clear soda nozzles. If your napkin comes out pink, brown, or orange, SKIP THE SODA.”
StumbleKitty / Via reddit.com

#15
“Overworked staff. What cleaning jobs do you think are getting missed if staff are stretched too thin and/or unhappy at work?!”
fiendlymcfiend / Via reddit.com