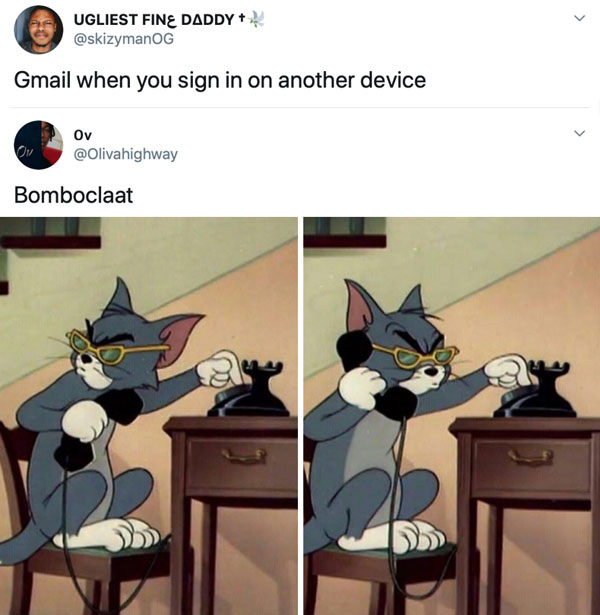 Cat Realizes She Has Ears! pic.twitter.com/iPvNsqMJF8 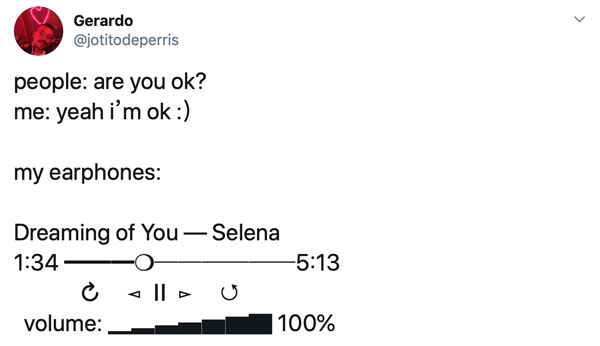 Big sister is back from school everybody pic.twitter.com/nQnwJ8Xxlk

Charlie wasn’t with the bullshit and started throwing handspic.twitter.com/fSditlKUdG 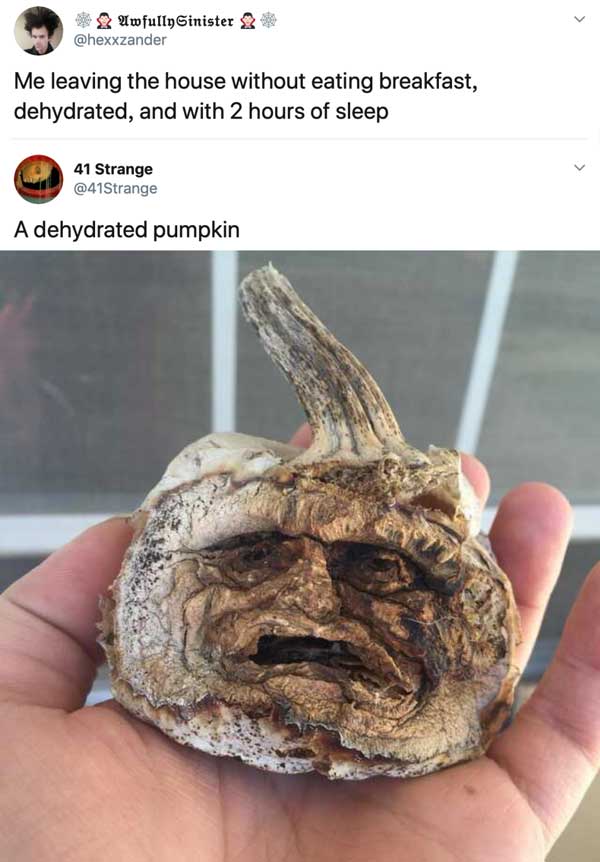 So my dog know he not supposed to be on my bed but he sneak on it and does this pic.twitter.com/NrpQzYvocm

my parents' wedding videographer intercut a clip from kermit and miss piggy's wedding into their service?? without asking??? pic.twitter.com/XE7830mOwG

What my assigned fbi agent sees when they look through my front camera pic.twitter.com/2VacUeag5j

Me when I’m taking out my clothes from the dryer https://t.co/GNibfvPKrY

interviewer: can you explain this 5 year gap on your resume

me: i was vibing

me: ya literally just vibing

Me cutting off my hoes when the person I want finally stops playing pic.twitter.com/wcqnTgrzXg

me when I find a TV show with 5 seasons and a good plot pic.twitter.com/6UUqIU2cXr

After using my boyfriend’s DoVe BoDyWaSh FoR MeN this morning when I ran out of dOve BoDyWaSh fOr WoMen pic.twitter.com/a5ROYR8oNN

I laugh harder every time i rewatch it help me pic.twitter.com/CXMLg4dP7R 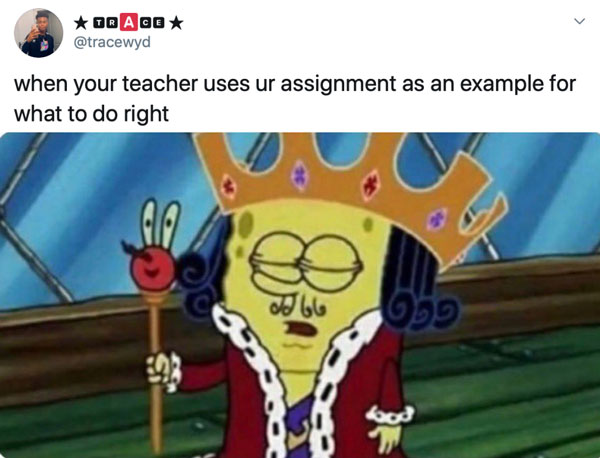 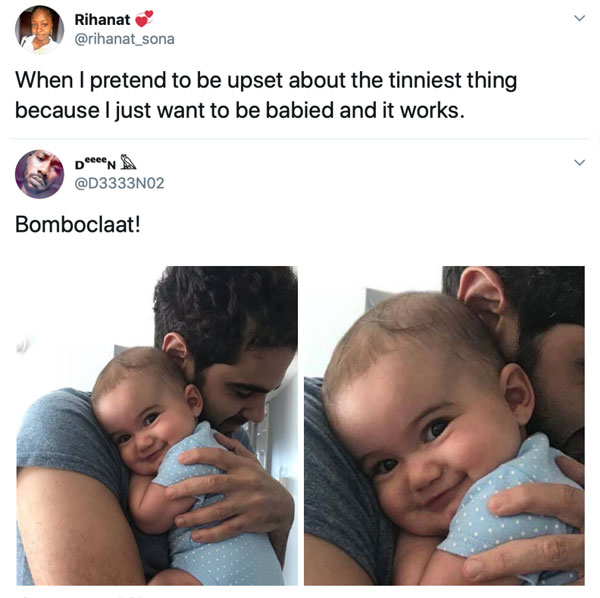 saw lil homie playing w his yo-yo in line at target, asked to take a vid because he was murdering it, turns out literally last weekend he won the national yo-yo world championship in californiapic.twitter.com/Czi61papJX

bae: don’t get too drunk while you out with your friends please
me showing up home: pic.twitter.com/c87TWrCjet

Little girl telling how she felt meeting her adoptive parents for the first time.

"Do you know what happened to my heart? The first time I saw you, my heart fell in love with you."