18 Lessons You Should Stop Teaching Your Kid Immediately

"What to think instead of how to think."

Let’s face it: Growing up, we all probably learned a lesson or two that, in retrospect, was actually pretty damaging.

So this week, a Reddit thread asked users: “What should we stop teaching young children?“ 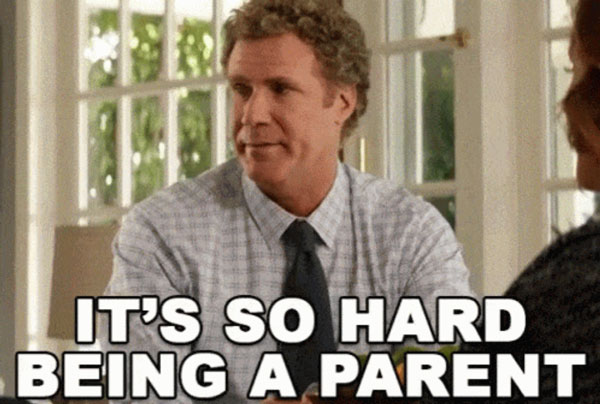 The thread quickly went viral, as thousands of people started sharing the things we should stop telling kids. Here are some of the best responses:

#1
“That adults are infallible. My wife and I freely admit to our kid if we’ve done something wrong or were mistaken, and try to teach him to behave the same. He’s only 4 so it’s hard because he’s still learning the concept of fallibility, but I’m pretty sure it’s helping.”
Siniroth / Via reddit.com

#2
“That asking questions is annoying or unacceptable. ‘I don’t know, let’s find out together’ is the most engaging possible answer you can give a curious child.”
Charyou-Tree / Via reddit.com

#3
“To ‘just ignore them and they will stop.’”
xandrenia / Via reddit.com

#4
“‘Don’t take no for answer.’ Actually, this can have severe consequences down the road.”
No_Im_Random_Coffee / Via reddit.com

#5
“To be ashamed when they’re wrong. People should be thrilled to find out they’re wrong because it’s an opportunity to learn.”
BoringPersonAMA / Via reddit.com

#6
“That Wikipedia can never be trusted. Generally the information on it is very accurate, although it is a good idea to use other sources to confirm it. But that’s true for everything.”
lazlozombie / Via reddit.com

#7
“That ugly = bad/evil. I partially blame TV animation for this one. Old, ugly, fat, or serious-looking people are almost always the villains. This makes kids fear elderly people and creates unfair connections between appearance and personality.”
TurtleFroggerSoup / Via reddit.com

#8
“Telling them not to cry.”
msshivani / Via reddit.com

#9
“That children should always do what they’re told. If they’re uncomfortable, or scared, or truly believe what they’re being asked to do is wrong, they should be taught it’s okay to stick up for themselves.”
permagrimfalcon / Via reddit.com

#10
“Stranger danger. We need to let them know that it’s not just strangers who can hurt them.”
Queenofnohearts1 / Via reddit.com

#11
“Labeling food as purely ‘good’ or ‘bad.’ Forcing children to eat something they don’t want to. Sending the message that ‘vegetables are gross’ and are only to be enjoyed through bribery.”
BlueSkyIndigo / Via reddit.com

#12
“That they’re at school to study, not make friends. Friendships are important at any stage of life and you will definitely benefit from having connections in adulthood.”
TurtleFroggerSoup / Via reddit.com

#13
“Forcing children to ignore their own body telling them that they’ve had enough food by making them finish the too-large plate of food that you gave them.”
YesIlBarone / Via reddit.com

#15
“We should stop comparing our kids to other children, which is basically telling them they’re not good enough.”
VprwvNoBouken / Via reddit.com

#16
“That college is necessary for success. It’s not required…I know not every school does this, but since I was little I was told, ‘The more schooling you get, the more money you’re worth.’”
senselessapprentice / Via reddit.com

#17
“That you should never hate anyone in your family. If a certain family member did you wrong, never repented, never apologized, never tried to make things right, would gladly fu*k you over again, and has done so on multiple occasions, you should be free to detest him as much as you like.”
De_faulty / Via reddit.com

#18
“That they have to hug/kiss family members as a hello because it’s ‘polite.’”
EmpireStateOfBeing / Via reddit.com

And finally…
“What to think instead of how to think.”
EM-guy / Via reddit.com