It's all about the reblogs, baby.

#1 Sometimes, Tumblr posts are funny on their own. A one-stop shop. But other times… 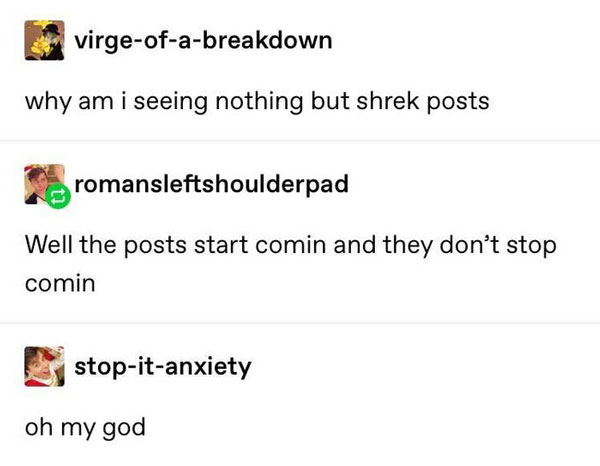 #2 …the original post is given a boost by a really flippin’ funny response. 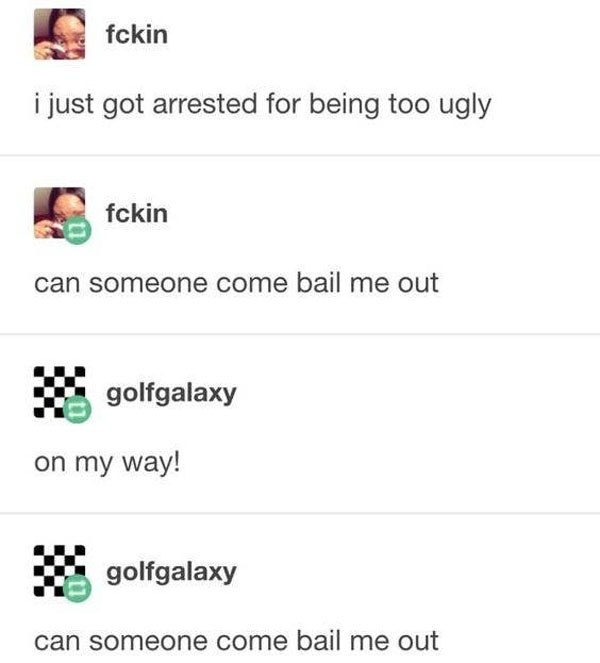 #3 It could be a reaction to an interesting fact… 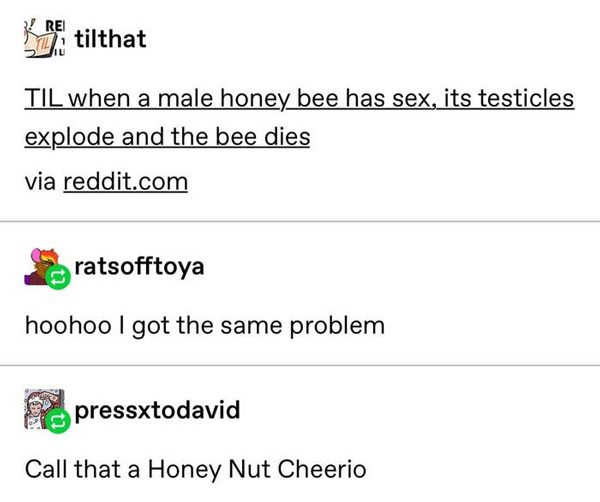 #4 …or a bit of a dialogue between two people…

#5 …or a riff that people keep picking up and running with. 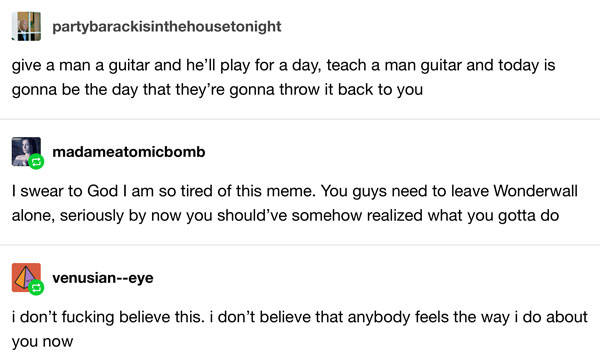 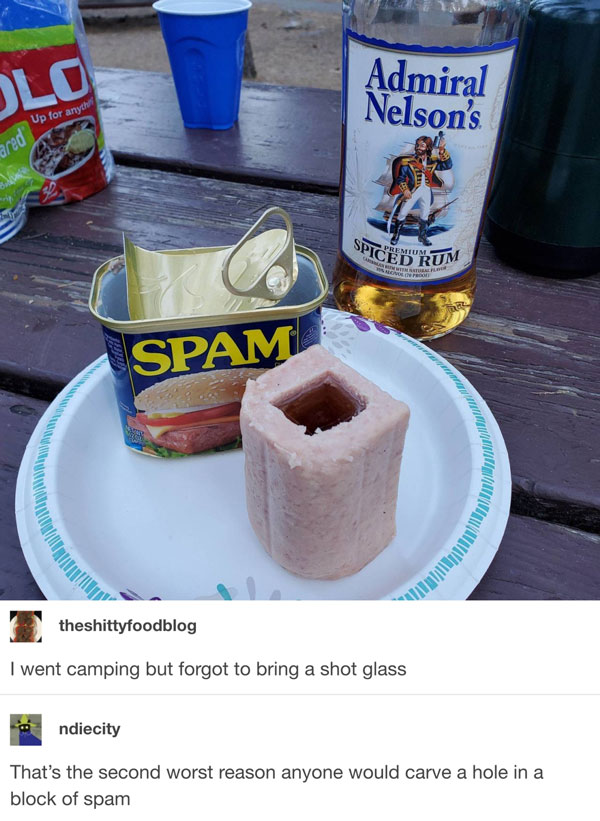 #7 Or a wholesome image could get even more wholesome.

#8 Occasionally, you might get a song stuck in your head. 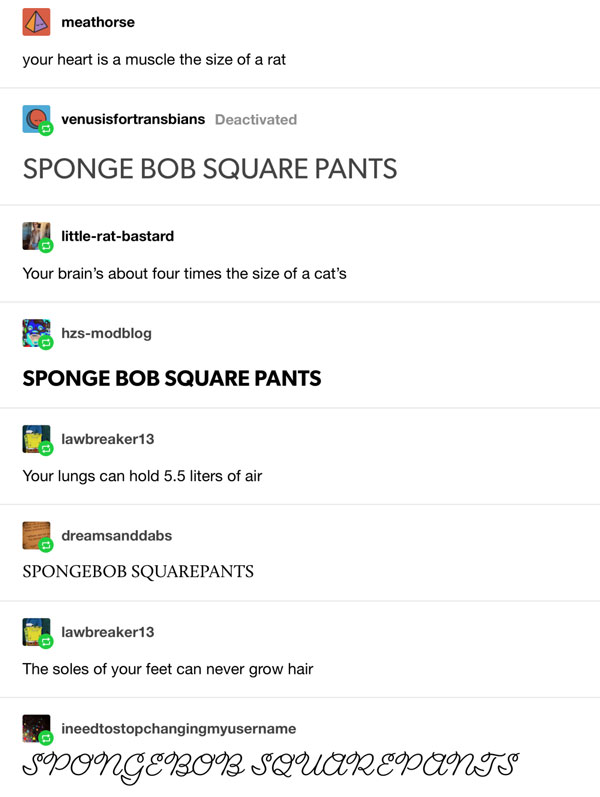 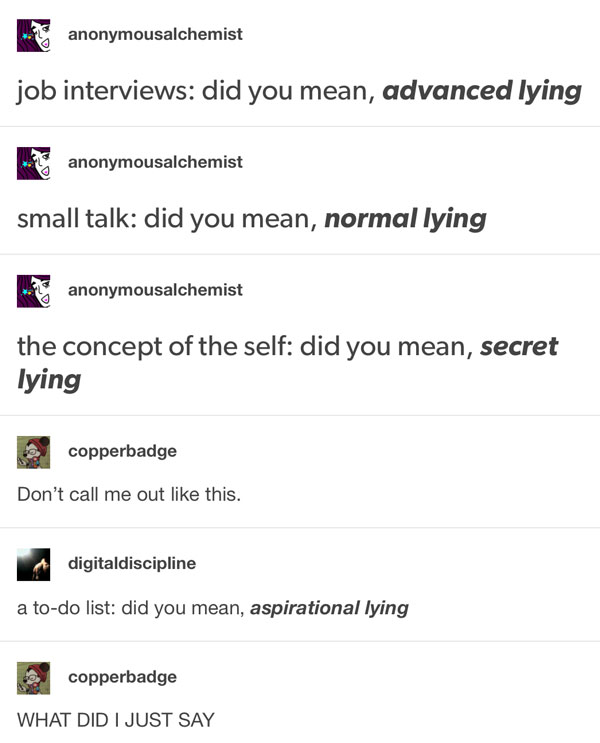 #10 Sometimes, just a pic is all you need for a response that’ll make anyone cry-laugh. 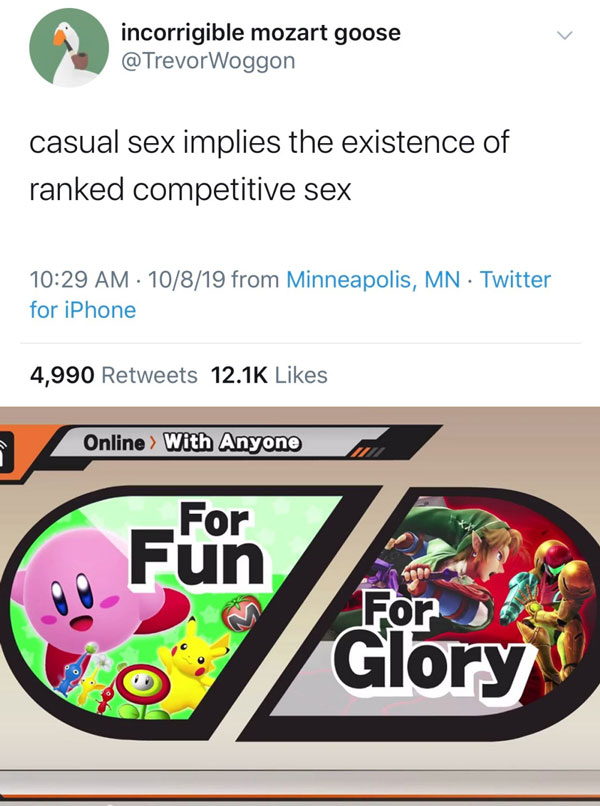 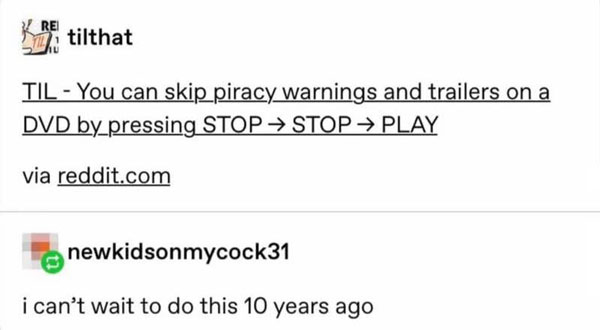 #12 Personally, I’m a fan of the ones that are possible misunderstandings, but it’s hard to tell because it’s also a really good joke. 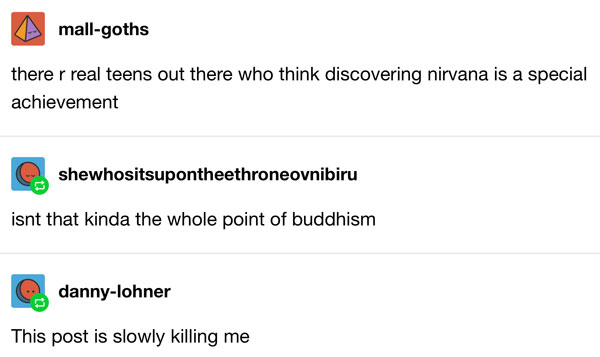 #13 But I’m also partial to a good old-fashioned pun. 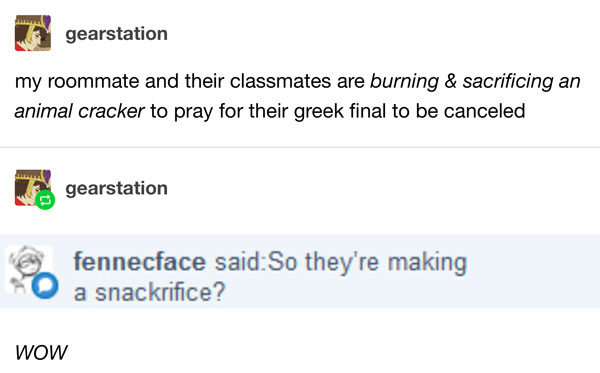 #14 But the best ones really just paint a picture. They offer a mental image, ya know? 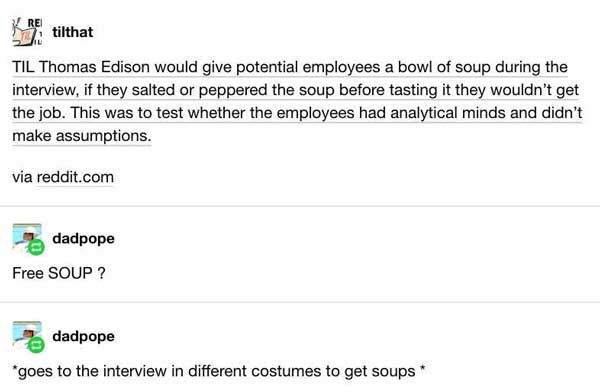 #15 Or they completely undercut the picture that was just painted. 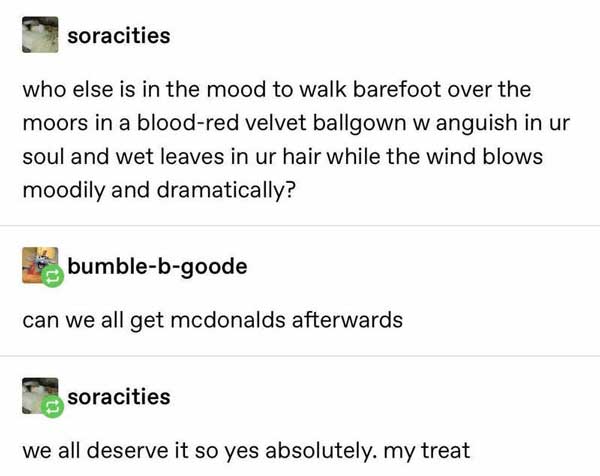 #16 Occasionally, you’ll read one that’ll pop into your brain later. I dare you to even look at a peanut now without thinking “heehoo peenut.” 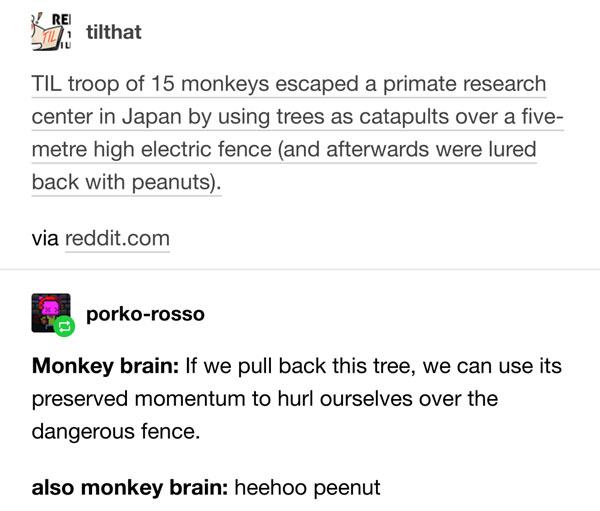 #17 And I hope to god you can scrub the word “slunchy” from your brain. 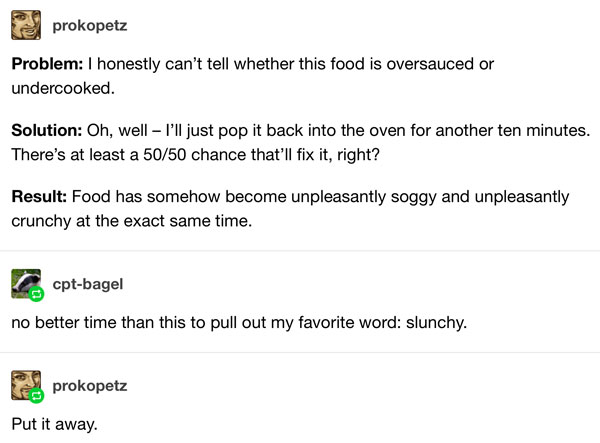 #18 Basically, I’m in awe of the dumb, brilliant, meme-tastic creativity on display. Well done, everyone. 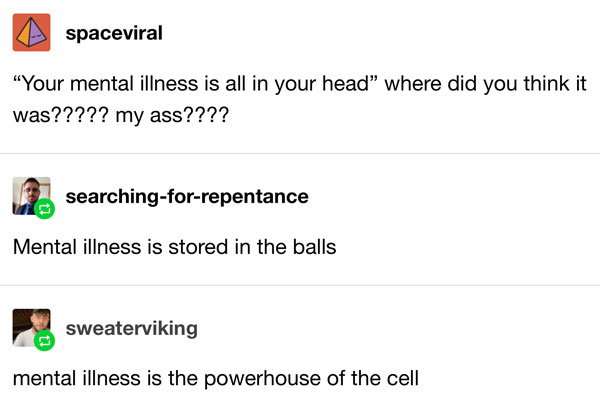