People Are Sharing The Wisest Sayings They’ve Ever Heard, And It’s Almost Too Real

Every once in a while we hear something — a phrase, a quote, a saying — that changes the way we think about ourselves and the world.

And this week when Reddit user Kekmistry asked, “What is the wisest saying you’ve ever heard?” people came armed with more wisdom than I could even handle.

So here are just a few of the wisest sayings shared:

#1
“If you never heal from what hurt you, you’ll bleed on people who didn’t cut you.”
blackbird000 / Via reddit.com

#2
“‘Forgiveness is divine, but never pay full price for a late pizza.’ I always interpret this along the lines of, ‘Be forgiving of people, but don’t let them walk all over you.’”
Advnchur / Via reddit.com

#3
“‘Never play chess with a pigeon. It knocks all the pieces over, shits all over the board, then walks around like it’s won.’ This is a good thing to remember before you start an argument with someone.”
Felix_Fireblaze / Via reddit.com

#4
“It is easier to fool someone than to convince them they’ve been fooled.”
gokism / Via reddit.com

#5
“The world is changed by your example, not by your opinion.”
sonaseele / Via reddit.com

#6
“We judge ourselves by our intentions, but we judge others by their behavior.”
Understeps / Via reddit.com

#7
“Don’t take criticism from someone you wouldn’t take advice from.”
InformedBlock57 / Via reddit.com

#8
“Learning from mistakes is one of the best ways to learn, but there’s no reason those mistakes have to be your own.”
psychobetty303 / Via reddit.com

#11
“In the end, we will remember not the words of our enemies, but the silence of our friends.”
Zekumi / Via reddit.com 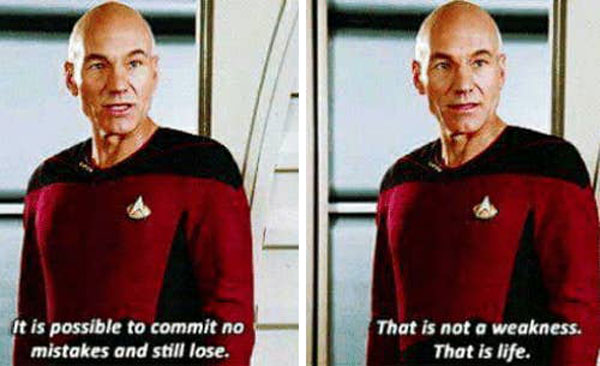 #15
“Make time for planning. Wars are won in the general’s tent.”
CHEMEngineer1 / Via reddit.com

#16
“Hate is like drinking poison and hoping the other person dies.”
cmsml / Via reddit.com

#17
“All it takes for evil to prevail is for good people to do nothing.”
ShaoLimper / Via reddit.com

#18
“We have two lives, and the second begins when we realize we only have one.”
shrithm / Via reddit.com

#19
“Do not regret growing older. It is a privilege denied to many.”
sindayven / Via reddit.com

#21
“When I was young my father told me: ‘Don’t cry for something that can’t cry for you.’ It really helped me see what was important.”
SunnyH20 / Via reddit.com

#22
“You don’t need to light yourself on fire to keep others warm.”
Ziograffiato / Via reddit.com

#23
“‘To worry is to pay a debt of misery that may never come due.’ Basically, accept inevitable outcomes and do your best to change changeable outcomes to your liking, but know that worrying does nothing.”
Dickcheese_McDoogles / Via reddit.com 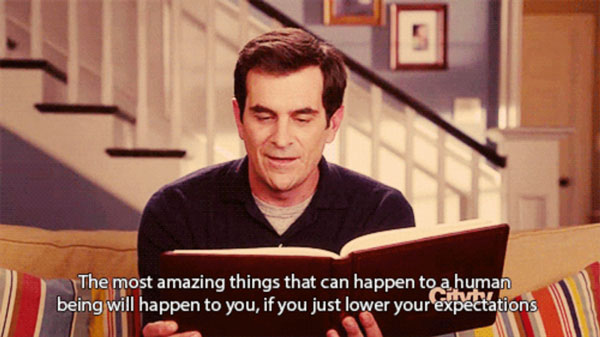