#1
A couple months ago a gen x person pointed out to me that millennials always compliment desserts by saying “it’s not too sweet” and the burden of this revelation has been slowly driving me nuts ever since
casey_mcquiston / Via twitter.com

#2
Of all the generations, Gen X has the coolest name, but is the least important one, and now I know how Pitbull feels.
WGladstone / Via twitter.com

#3
Sitting there laughing at a war between Millennials and Boomers is a perfect Gen X pastime.
JElvisWeinstein / Via twitter.com

#4
Gen X being completely ignored and overlooked in the Boomers vs. Millennials battle might actually be the most Gen X thing to ever happen to us.
meralee727 / Via twitter.com

#5
My son just OK Boomer’d me.
Bitch I’m Gen X, I will put you in a facial recognition database and drown you in student loan debt.
chadloder / Via twitter.com

#6
Being Gen X, I was obligated to date and break up with several women named Jennifer.
TutLon / Via twitter.com

#8
I love dating Gen X people cos they got that old book smell.
ninaoyama / Via twitter.com 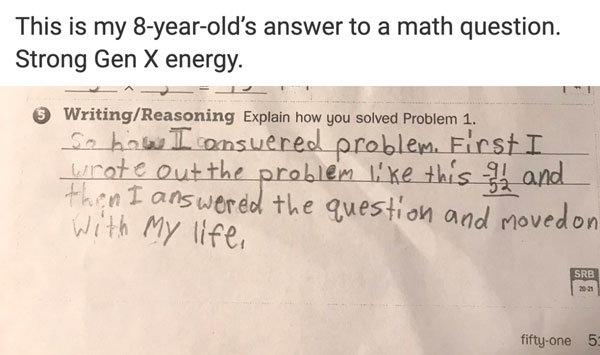 #11
MY DAUGHTER: OK, GenX.
[I pull the car over to the curb]
ME: Listen Zoomer, as long as the Millennials and the Boomers are at war, we have a truce. But make no mistake, GenX is nihilistic af and if you step to us we will let you drown in student loan debt.
mat_johnson / Via twitter.com 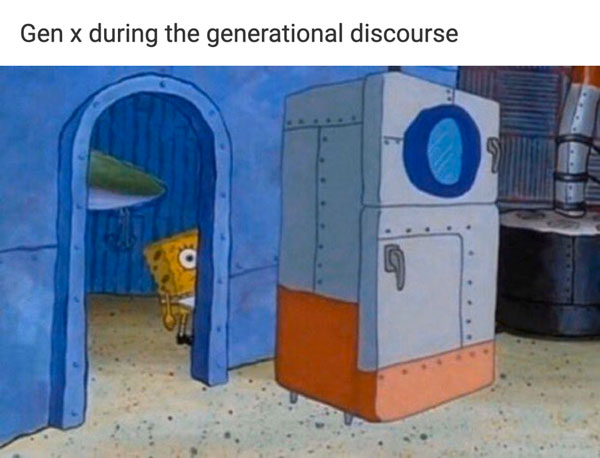 #16
Me on a good day: hello fellow kids I’m ALSO a millennial who enjoys skincare, astrology & avocado toast!
Me on a bad day: leave my Gen X a*s alone & just let me sit in the driveway listening to Pearl Jam on a retro-fitted CD player in my SUV till the day I DIE
jenkwok / Via twitter.com

#17
I’m Gen X and all I care about is when I can wear tiny backpacks again
AngryBlackLady / Via twitter.com

#18
As a GenXer I am uniquely qualified to be an expert on GenX. The core value of my generation is hostility. To your favorite bands, your mom, your politics, and definitely those shoes.
xeni / Via twitter.com

#19
I’m Gen X and our version of “Okay Boomer” was “whatever” accompanied by an eye roll. Oh man do they hate that.
NerdyGayMormon / Via twitter.com

15 People Who Don’t Have The Phrase “Give Up” In Their Vocabulary
16 Tweets That Prove Good Things Still Exist On The Internet
20 Libraries That Will Make You Say “Damn, That Is CLEVER”
25 Funny Animal Tweets That Will Put You In The Best Mood