10 Times People Walked Out Of A Job Interview

On Sunday, Reddit user King_Sublimibus asked people to share a time they walked out of a job interview. 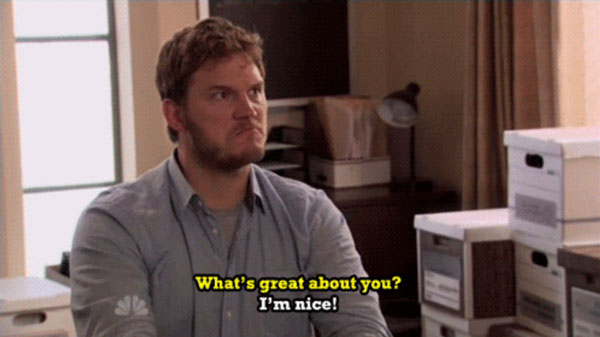 Here’s what they said:

#1 This one-question interview:
“My first question before the interview really even started was concerning their intended wage range. When they told me, I thanked them for their time and then got up and left. I hate when places waste everyone’s time by not putting wages out in front.”
AardvarkAndy / Via reddit.com

#2 This cursed role:
“The interviewer told my partner and me that there would be no drinking or cursing on the job. My partner said, ‘You’ve got to be fu*king kidding me!’ We were escorted out immediately by security.”
kiddestructo / Via reddit.com

#3 And this interview for a job that was probably a pyramid scheme:
“When I asked how much they’d pay me and the response was ‘You can make as much as you want.’”
-CorrectOpinion- / Via reddit.com

#4 This scary interview:
“The interviewer raised her voice and became verbally abusive during the interview. I stood up, announced the meeting was over, and left.”
doublestitch / Via reddit.com

#5 This unfair situation:
“They said, ‘Yeah, it’s almost always work 10 to 12 hours, but get paid for six to eight’”
thanks_daddy / Via reddit.com

#6 This weird cell phone talk:
“The first question I am asked is what I do if a student has a cell phone out in class. I said that I usually take the phone and give it back after class, but if the school has another policy, I would be glad to follow it. The interviewer’s immediate response was that she didn’t think I would be able to build relationships with their students with that kind of mindset, so she would be fine with concluding the interview at that point. I agreed and walked out, completely blown away.”
Karsticles / Via reddit.com

#7 This interview that ~looked~ like a bad idea:
“My sister applied at a clothing place and they were going through their policies or whatever. One of them was that they were required to have x amount of accessories and a general ‘look’ for the store. My sister excused herself and never returned.”
bad__pus*y / Via reddit.com

#8 And this one, too:
“Every single person looked miserable. Didn’t exactly look like an environment I wanted to dive into, so I just got back in the car and left. So I’m glad I trusted my gut that day.”
AldoTheApache321 / Via reddit.com

#9 This unreal interview:
“I sat for an hour waiting for the manager. I could see some of the employees muttering and snickering. Made me feel really self-conscious. I was watching them and I saw one of the fry-cooks drop an entire wire basket of fries. They went everywhere. He scooped them up off the dirty floor and popped them in the oil, looked at me, winks, and blew a kiss.”
carmelacorleone / Via reddit.com

#10 This performative group interview:
“I went to a group interview for a kids clothing store. Halfway through, they told us we all had to sing a song in front of everyone and then do improv to make sure we could be upbeat around kids.”
DontHateMasticate / Via reddit.com